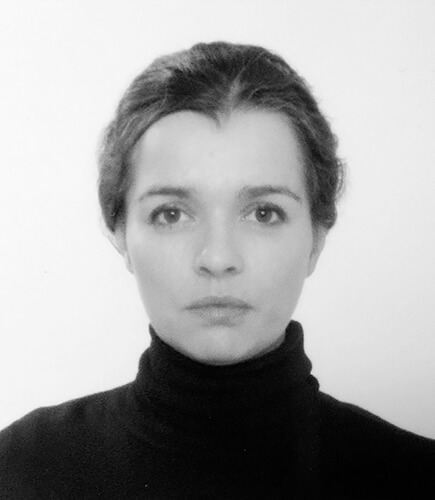 "Interdependent Independence" and "Floating" and a bit of history
In 2012, I was working at the PhotoAlliance Our World Portfolio Reviews and in walked Elisabeth Ajtay. She strode up to my table with a box of beautifully crafted prints (if you've never participated in a portfolio review, it's kind of like speed dating in that you have 20 minutes to present your work, pitch your story/project/portfolio to the curator/magazine editor/gallery director/book publisher sitting across from you. It can be the shortest or longest 20 minutes of either person's life on either side of the table. For me at that moment, those few minutes weren't nearly enough with Elisabeth Ajtay).

She was then a graduate student at the San Francisco Art Institute, which I could hardly believe since her work was so evolved. When we were talking, she mentioned she was originally from Romania, from Transylvania. I had to restrain myself from using our brief time together to talk about Brassaï or the poet Cecilia Woloch and her book "Tsigan: The Gypsy Poem." Elisabeth was still in her first year of graduate school, but her vision was so developed and her ideas so realized, that I was surprised by her maturity and her confidence as an artist.

I immediately invited her to participate in a show that I was curating titled, "Not Kansas: Photographers Explore Their Own Worlds." Each artist in the exhibition had a highly defined and unique visual style. The artist list included many internationally recognized photographers like Chris McCaw and Germán Herrera. Elisabeth's series, The Originality of a Moment/Die Ursprünglichkeit eines Augenblicks, had its own strength and power and drew the viewer in and held them there. The tiny prints, shown along side massive silver prints, mesmerized the crowd with their secret look through a convex lens that distorted the objects beyond, like looking through a peephole. It was a new way of seeing that no one was familiar with and this excited the crowd and made her work an anchor in the exhibition. 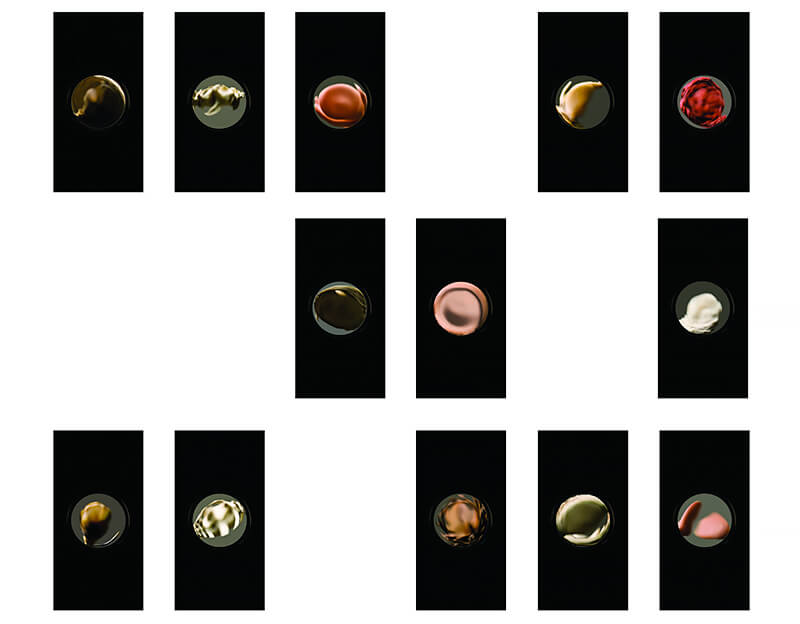 In the spring of 2013, I was delighted to see Elisabeth's graduate thesis show. Each artist was allowed to select their own exhibition space within the Old Mint Building in San Francisco. Some of the rooms were vast with giant windows and tall ceilings. Others were in the basement, literally dirt floored caves. Elisabeth chose a bank vault with heavy iron doors for her installation. Within the dark room, a moon could be seen rising and setting and mouths, open wide like a full moon, could be seen rising and falling. Ginnungagap/Yawning Void, her thesis project, was perfectly placed in the space. A genius installation of movement and suspense. After looking at the rest of the graduate work, I came back to Elisabeth's room and breathed in the ambience that she had created. Perfect, I thought, just perfect.

And since then, in just these past 4 years, she has been in numerous exhibitions, so many in the San Francisco Bay Area alone, that I have guiltily missed some. Some really amazing ones where her work could only be viewed through a peephole. That's right, a peephole. This exhibition at Alter Space was titled Penumbral States and showed a room of moons and circles and tiny blue images. Let your eye travel to see it all. There was also a video piece of a moth drawn away to a distant light...perhaps another moon, like in her thesis show? A moon brilliant enough to create something magical in nature itself.

Elisabeth also made a series of moon drawings. This is hard to fathom unless you see them.

Here is what the artist had to say about them:

"The moon drawings are a byproduct of my process of working on the moon alphabet. The latter I started while waiting for my visa. Originally, I was so preoccupied with validating my existence to this state, that I could not think about art or creating it. One night, while waiting and trying to relax and breathe in the uncertainty in front of the full moon light, I grabbed my camera and began tracing my initials. From there, in 2014, a whole new work on the moon took shape. States of suspension, losing control and being delivered to the will of the higher authority and eventually the relief that I felt of not having failed... that is all there in these images, simple though they seem." 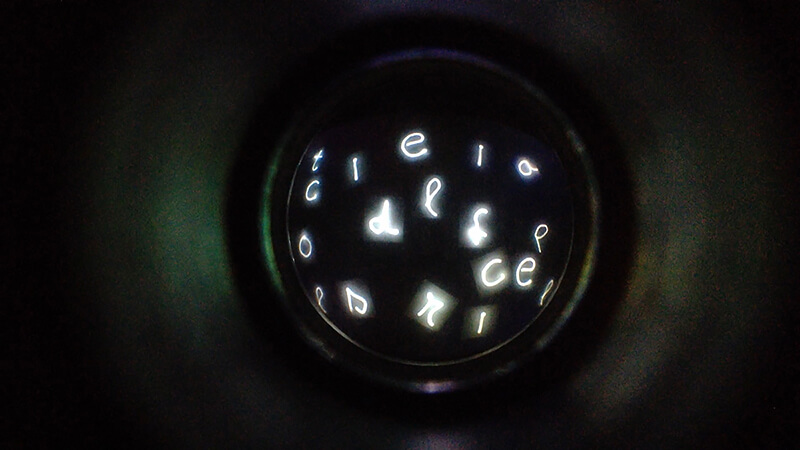 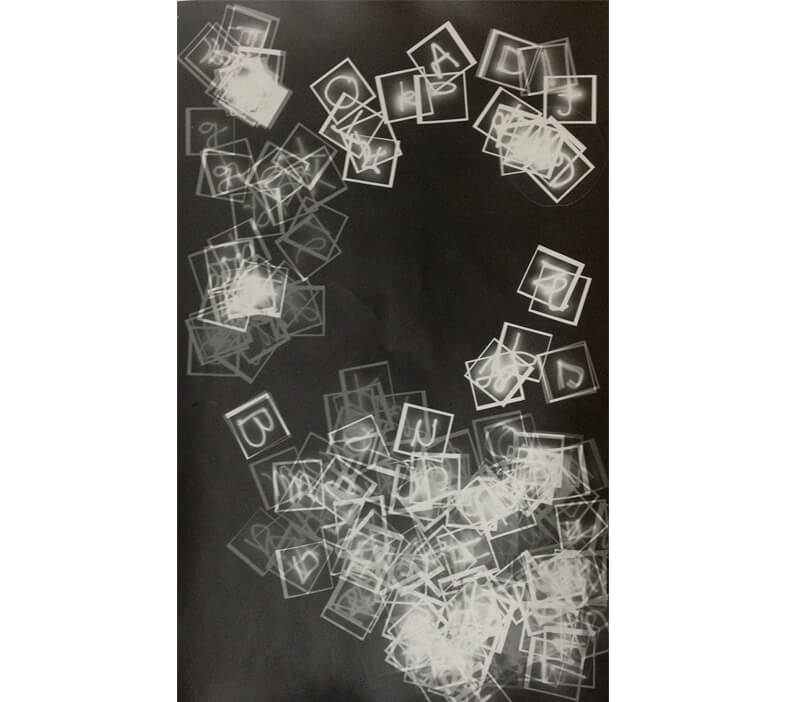 I have been following the trajectory of Elisabeth Ajtay's work since that first exciting meeting five years ago. In the fall of 2016, I had the honor of showing two of her series at RayKo Photo Center. I was able to feature her unique lenticular prints from the series, "Floating Space." Simply assigned the directions on the compass, each circular piece filled with billowing and magical cloud cover, "North, South, East, and West". I have to admit to purchasing "North," a circular shifting image of clouds seen from above. These images were arranged in a line so that as you walked past them, you experienced the changing sky. I also exhibited Elisabeth's rarely seen abstract cyanotypes from her series, "Interdependent Independence." This project was important because it marked a crucial emotional period in the artist's life. Here is what she had to say about the works when I selected them for exhibition:

"When I started working on the Interdependent Independence Studies, I was quite new to the United States. It was something about trying to understand what is and what I was imagining, growing up with the notion of the US. I came to realize, that the propaganda that has been exported [Elisabeth grew up in Romania and Germany], was a different one from the every day life I experienced and still experience. The studies emerged from this transitional state of mind. The lines switch from straight to dynamic ones, soft textures, such as hair and thread are combined with clear cuts of paper and plastic. While the materials used are secondary, I attempted to make different energetic moments. Linear and non-linear energy, which each symbolize an inner state of mind. Forward thriving and chaos at the same time. The paper I used is very fragile, Japanese paper. It dissolves quickly. When washing the chemicals out, I intentionally ripped (washed away) the paper at certain points. The fragility of the paper is a reflection of the fragility of life.

At first, I did not weigh too much importance in any of these works. Taking a closer look and sitting with them for a while made me realize how much they express what I felt when exposing myself to radical change. A complete rewiring of the brain and a re-orientation is necessary to adapt and fully function in the new environment. Being a migrant and having traveled so much, having lived in so many countries and systems, leaves me at times without words."

Well, I would say that she has expressed herself boldly and convincingly in both words and images. I have selected only a small portion of her works to accompany this article. Please visit Elisabeth Ajtay's website to see the full breadth and scale of her artistic endeavors and explorations. She is ever curious, brilliant and simultaneously fearless. A combination which has led her from installation art to design to photography and back again. Brava, Elisabeth! 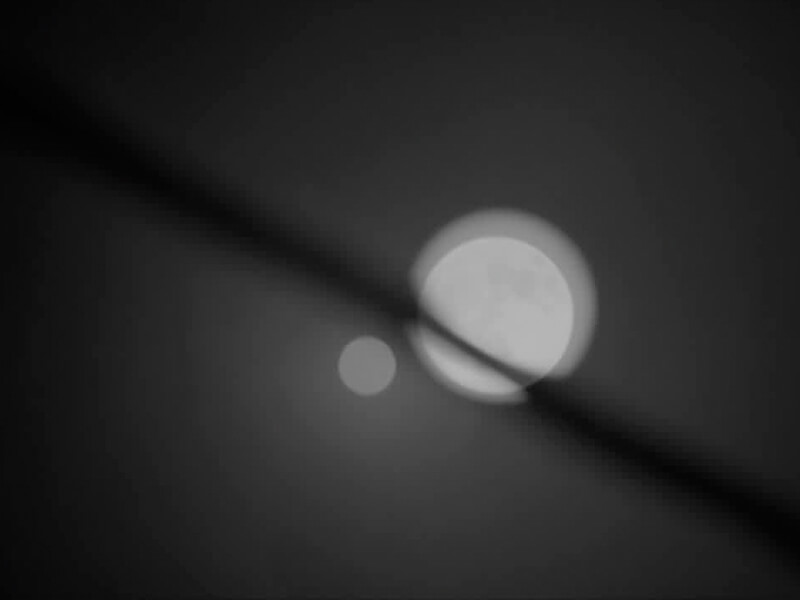 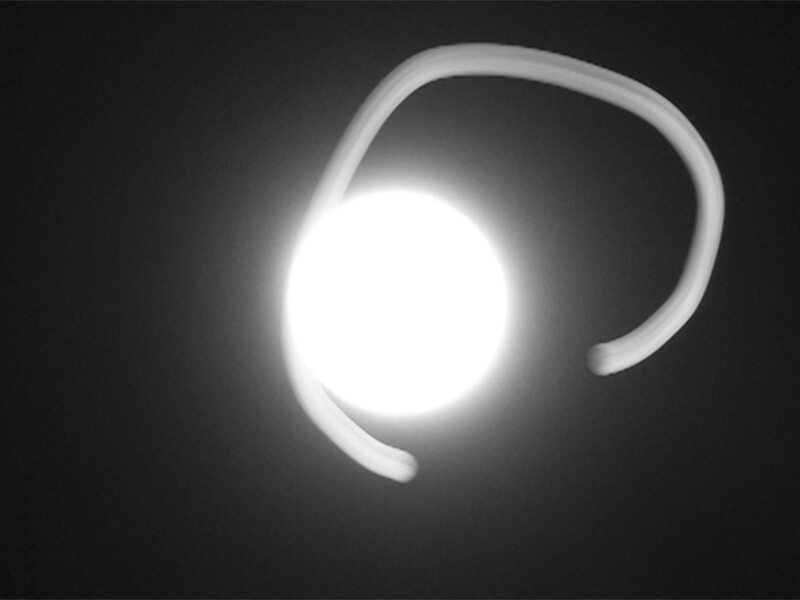 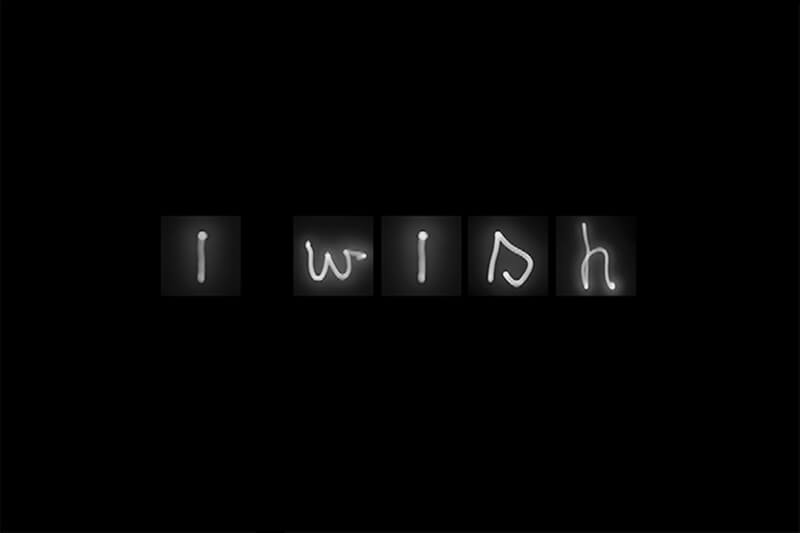 Born and raised behind the iron curtain and growing up in Western Germany, Elisabeth Ajtay is a conceptual artist primarily working in photography. Her work reflects and questions western culture on a psychological level with themes related to advertising, the psychological impacts of technology and the notion of home. Her multi-facetted practice is a reflection on her translation from growing up in, and, constantly moving between two different systems.

Ajtay‘s work is in numerous private collections. She has exhibited throughout Europe and in the US, including inSPIRACJE and Art Moves Festival in Poland, Goethe Institutes in Morocco, Prague, New York and France. Museum shows include the MKK -Museum for Art and Cultural History Dortmund, Germany and Blue Star Contemporary in San Antonio, Texas. The Ministry of Education and Training of Northrhine-Westphalia is working with her series "Zuhause/At Home" for educational purposes, encouraging discussions about the notion of belonging and nationality.

She has received a honorable mention with PX3-Prix de la Photographie Paris, France and as been nominated a semi-finalist at the Photofestival Groningen, Netherlands and the Immigration/Emigration Residency at the Santa Fe Art Institute in Santa Fe, NM. Most recently she was included into the Prequalified Artist Pool by the San Francisco Arts Commission and awarded a residency at the 3rd Street Studio Programs by San Francisco Art Institute. In 2016, she has exhibited with Alter Space, RAYKO and Savernack Street in San Francisco, CA.

Elisabeth Ajtay received a diploma in communications design from the University of Applied Sciences Dortmund in Dortmund, Germany, and a MFA from the San Francisco Art Institute in San Francisco, CA. 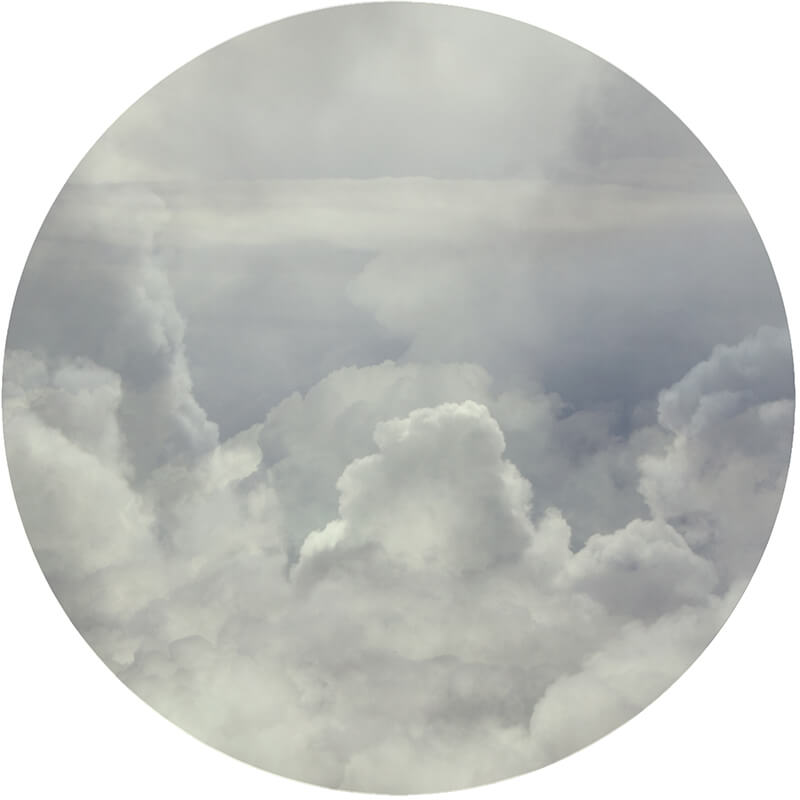 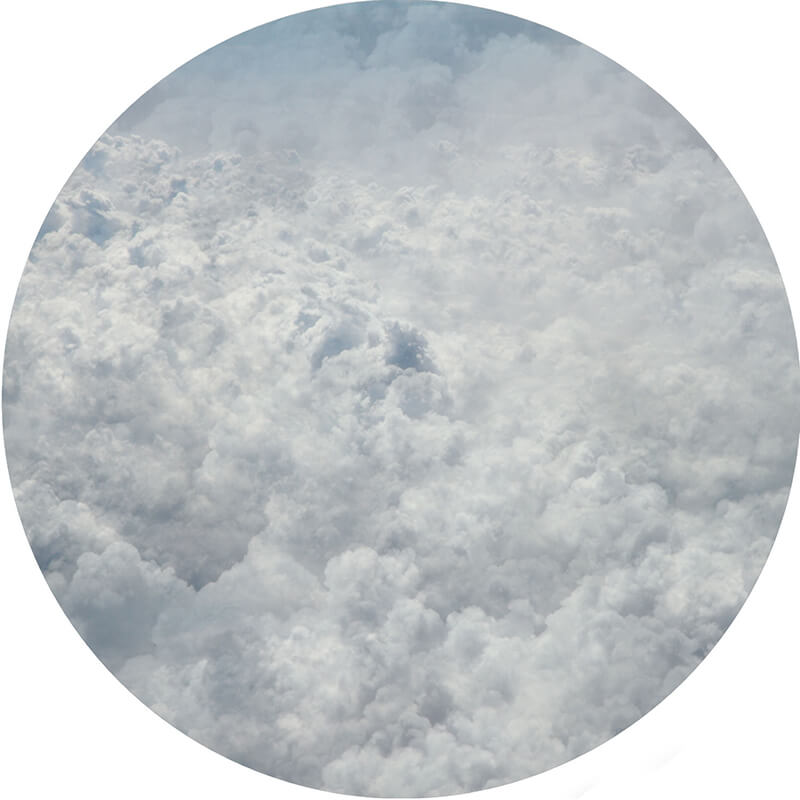 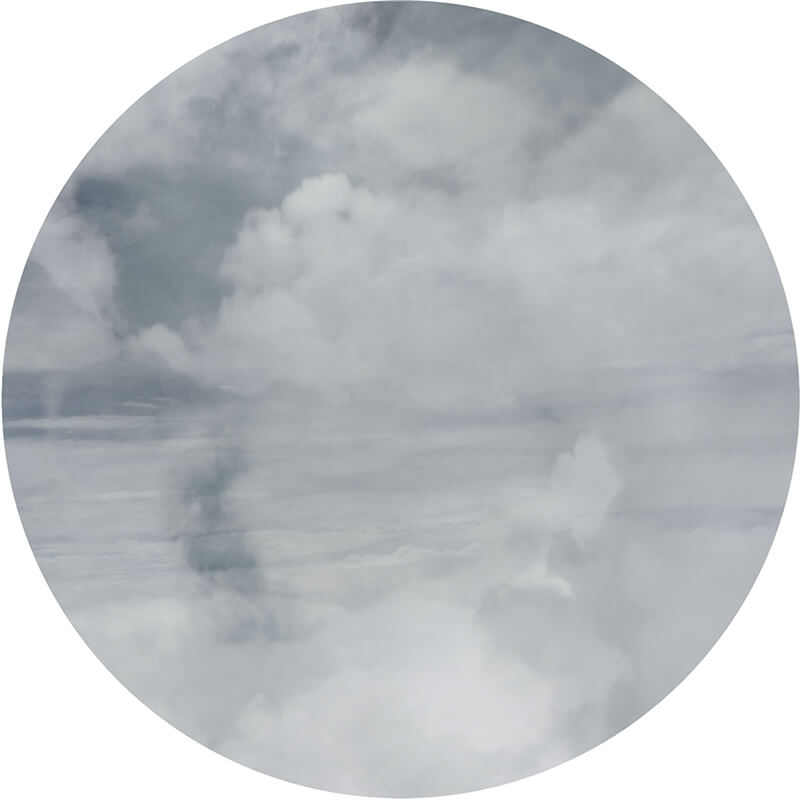 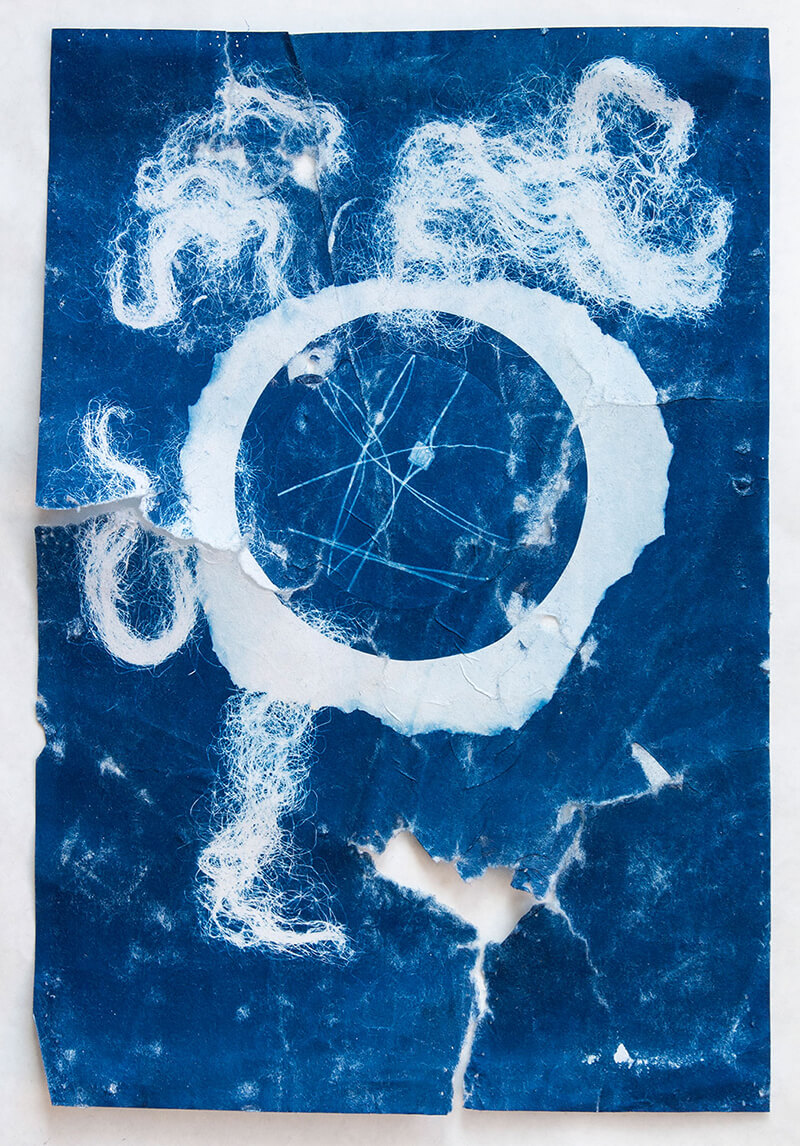 The Winners of AAP Magazine 9 Shadows
All About Photo has released the winners of the call for entry AAP Magazine#9 Shadows. The shortlisted include the top 25 photographers that were...
Read More
Event

Steven Forster: 4 Decades of New Orleans Iconography
The exhibition, open to the public, demonstrates his cultural connection with the city of New Orleans and the entertainment industry. Forster, a...
Read More