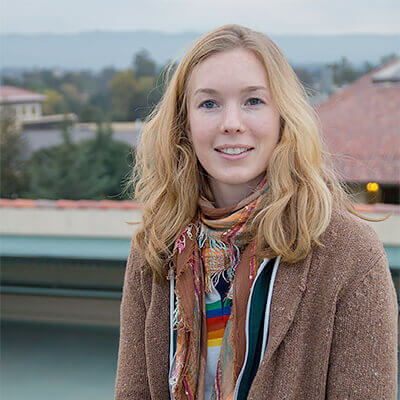 I'm currently looking through all the applications for the artist-in-residence program at RayKo Photo Center. This year's submissions are different, darker perhaps, something poignant in the artists' search. I'm looking right now at Ashley Valmere Fischer's project proposal. It has me captivated, not just for the process she employs, but for the resulting images.

Ashley uses the magical, beautiful, strange...and toxic process of Mordançage. We experimented with this in graduate school, respirators strapped on, gloves snapped on, ventilation systems on high, and stood back and watched as the emulsion lifted off of our gelatin silver prints and, with varying degrees of success, were either transformed into shimmering veils of shadows and light, or more frequently, we witnessed the emulsion wash right off the print and flow into the sink and swirl down the drain. The reaction was usually tears, but sometimes laughter. And then I decided to become a platinum printer. There are masochists and there are artists that enjoy making prints... the Mordançage process separated us swiftly.

So here are images made with a process I haven't thought of in a long time and they're really well done, emulsion intact (not just intact, but laying like a secret veil on the fiber base of the print), the process used to create images that are otherworldly. Pictures I certainly haven't seen before. Ashley has taken the boundaries of photography and what a photograph can be and pushed it. Solidly pushed it. Here's what the artist has to say about her projects:

The two bodies of work I have developed using the Mordançage process are called the Dark Sun series and the Glass Petri series. I consider them to be in conversation with one another, in that the Dark Sun series represents a macro vision of the cosmos, and the Glass Petri series is meant to represent the microscopic world of biology (the visual patterning of single‐celled organisms).

The subjects of immortality, time counting and the cosmos inform these most recent projects made with Mordançage. The circular imagery of the Dark Sun series is inspired by a Toltec creation myth. In the legend, each god takes turns ruling over the world as the sun. One god must destroy the world before a new one can be created. It is believed that there were four worlds or suns before our present one: the Fifth Sun...

For each Dark Sun image I must carefully print a base image on black and white silver gelatin paper, and subsequently destroy it in a chemical solution to create the distortions of veiling emulsion. It is a process of building and breaking apart. I introduce chaos into the image, the circular shape, as a cycle of renewal as well as preservation. In this way it reflects the Toltec myth of our world being destroyed and re‐created as part of the natural cycle of time.

The Glass Petri images are meant to be a reflection of the intricacies and simplicity of our most basic biology, prokaryotes. They are made using my great‐ grandmother's collection of glass plates to print photograms. By turning these plates into abstractions, I re‐ imagine the transfer of genetic material.

My goal for these projects was to master the very difficult and time-consuming Mordançage technique, while developing a concept that was meaningful and appropriate to the process. The images are made late at night, through repetition. The concentration of working the lab brings my mind into meditation, leading me to consider the greater purpose of all these natural forces acting upon and forming the world. The patterns found in natural formations are an inspiration for my work. Manipulating the photo paper there in the darkroom becomes a trance‐like practice or psychographic process of repetition.

Well, she definitely mastered the technique. I'm looking forward to seeing where Ashley Valmere Fischer takes it next. 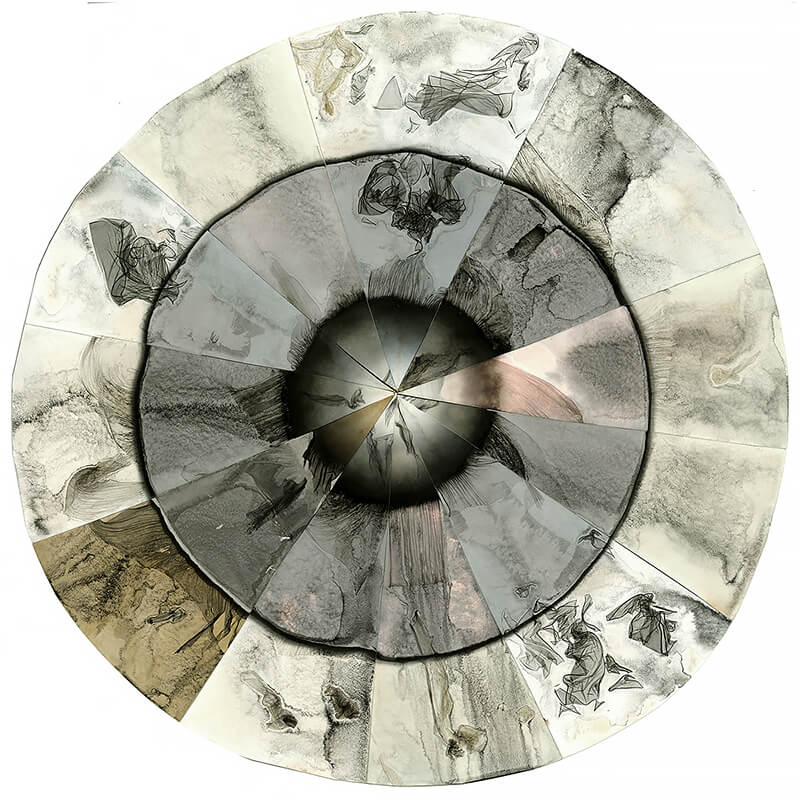 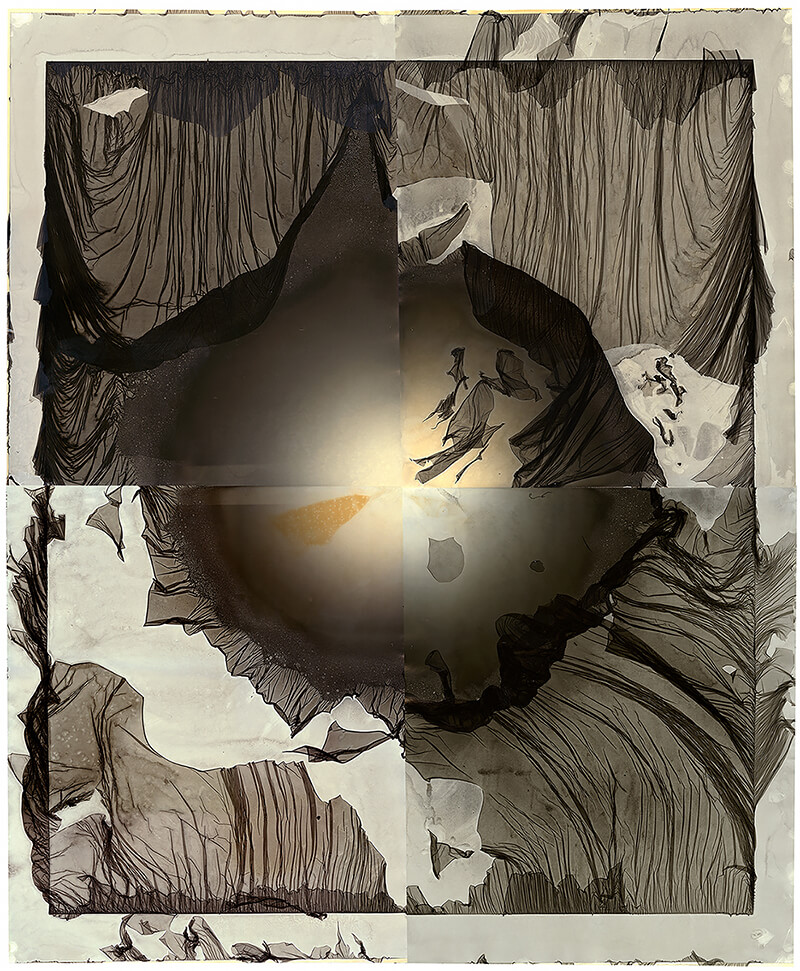 Growing up in various different locations and cultures, Ashley learned to use the camera as a way to explore undiscovered places or to build her own. Inspired by the outdoors and science fiction novels, she seeks to portray the world around us in a way that questions our belief in the physical truth of things as they appear to be. Ashley just completed her MFA degree at Stanford University in 2016. 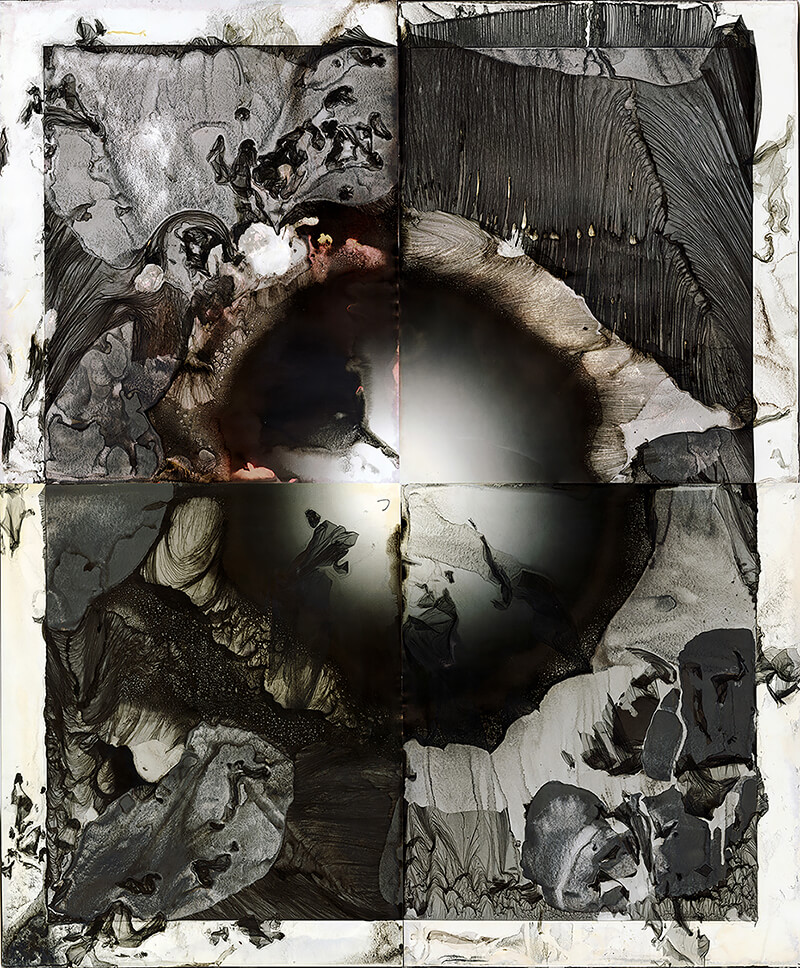 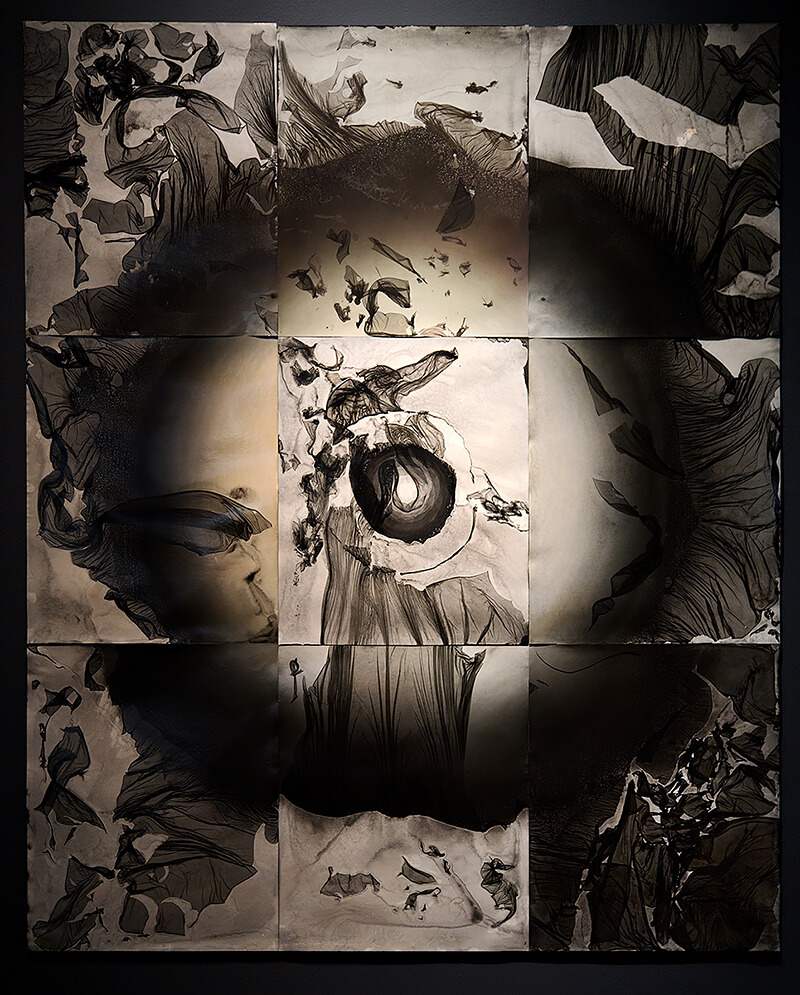 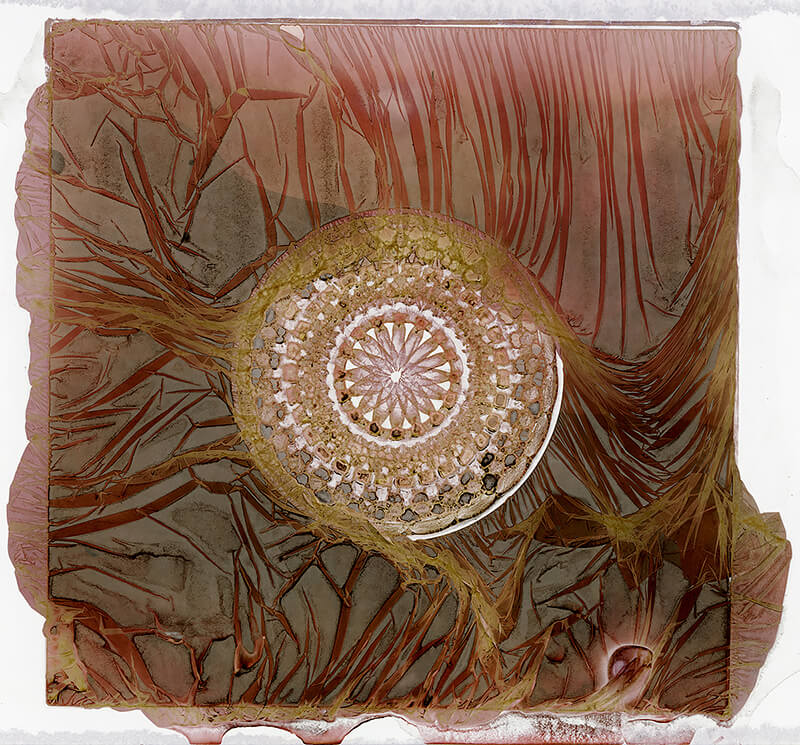 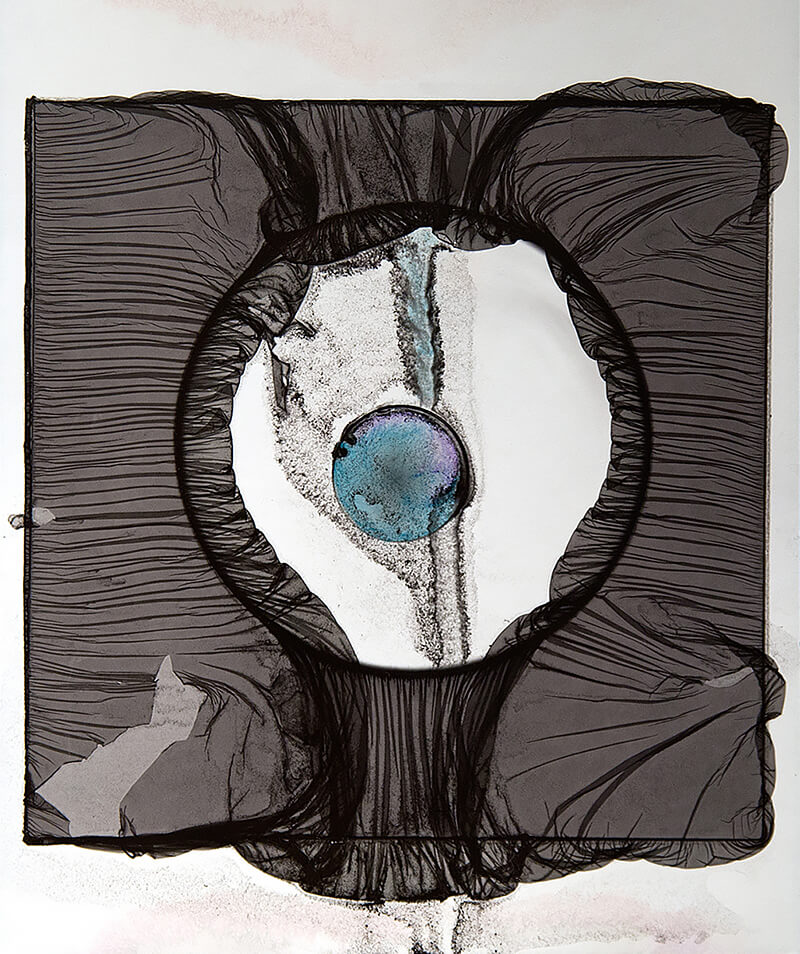 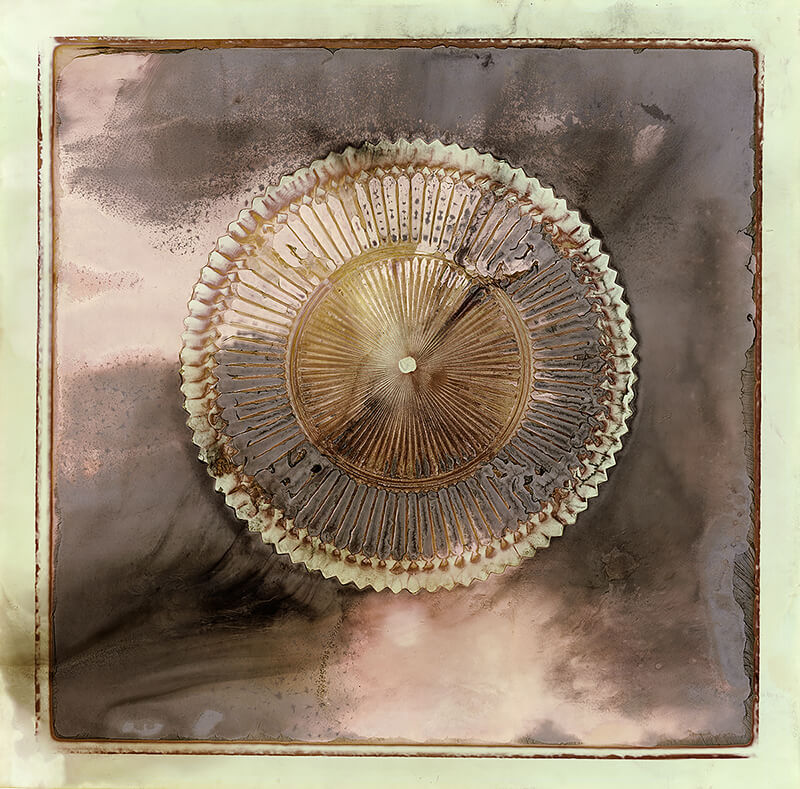 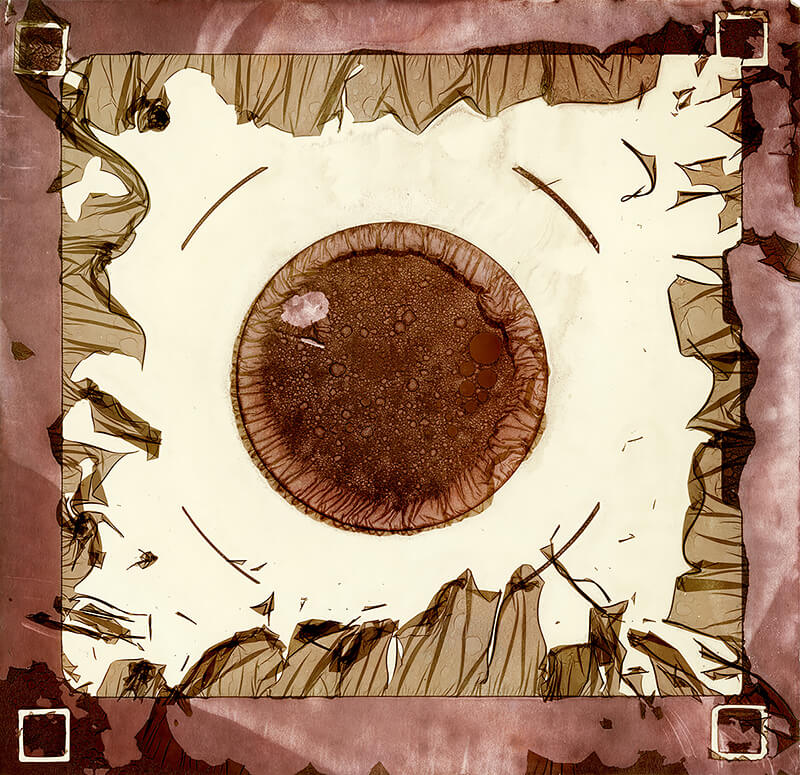 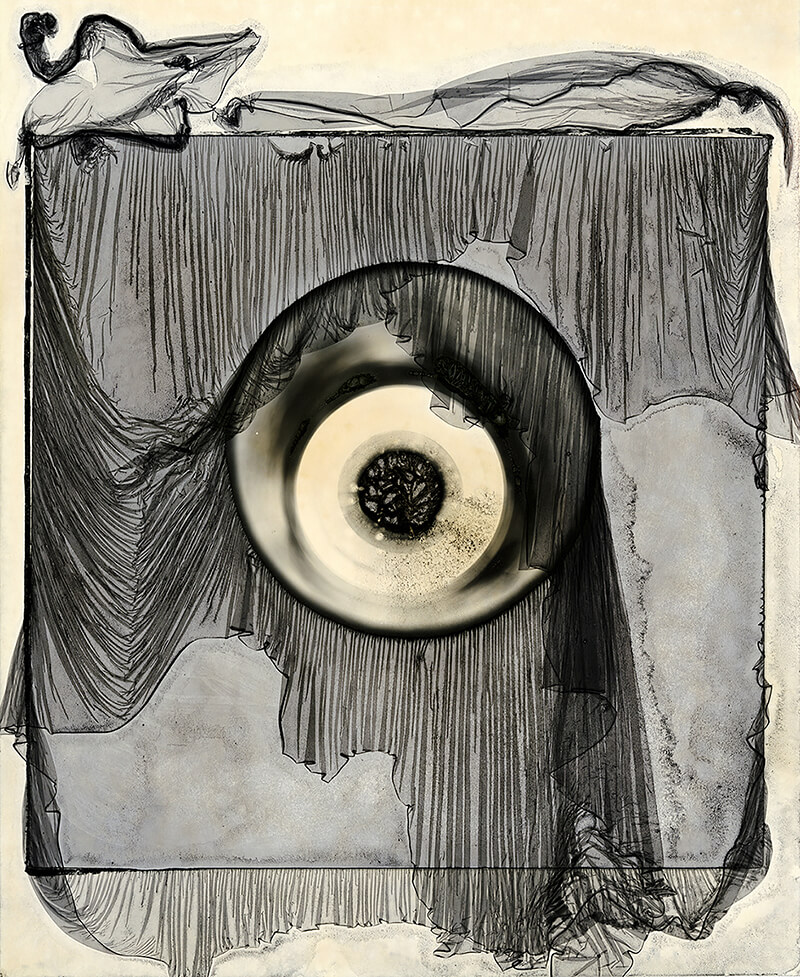 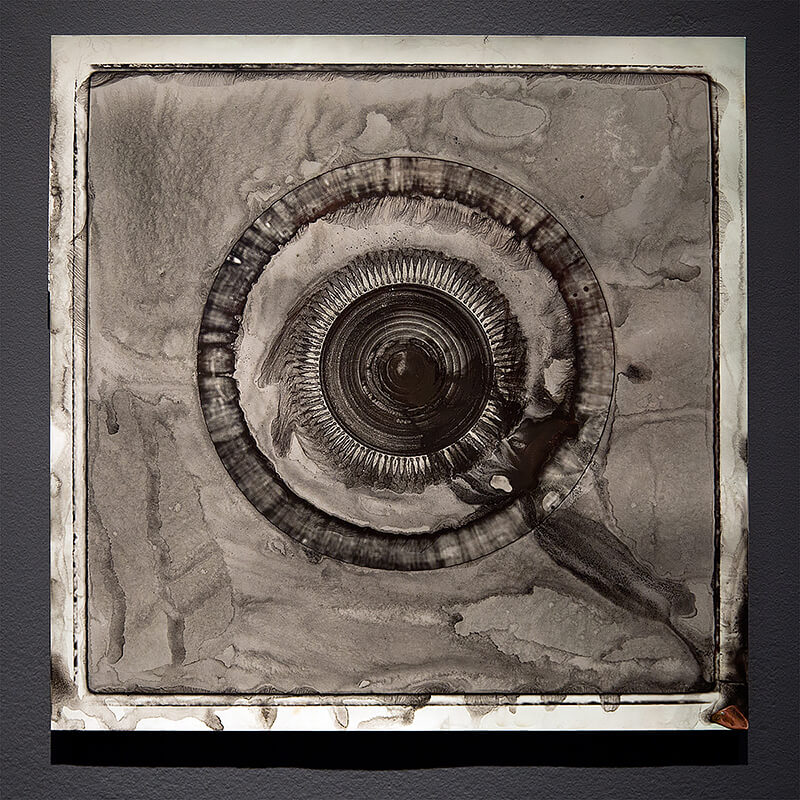