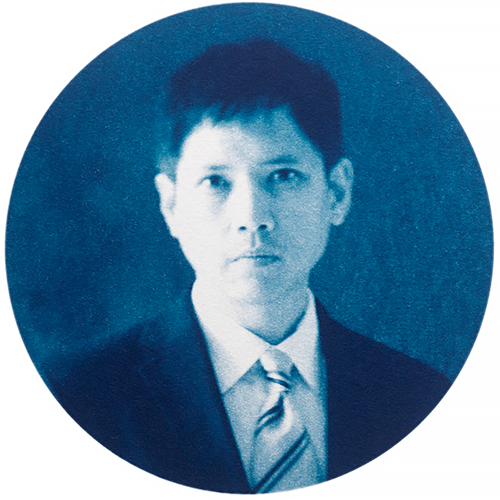 It was clear when Jonah Calinawan sat down at my table at FotoFest that his beautifully printed cyanotypes disclosed a personal journey, and also a transcendent one. These images of his figure traveling through a surreal landscape in the deepest blue of the night sky are sublime. The photographs are collaged, yet they are seamless. I believe that he is really carrying the weight of the world on his shoulders or looking into the abyss which happens to have branches like a tree or sleeping on a boat-shaped bed that is moored, but not for long. As a viewer, I feel the moment is near when the character in these pictures is about to become untethered. It is exciting and unsettling at the same time. I find myself yearning for his journey to begin, but the unknown...well, it is the unknown. Thrilling and simultaneously terrifying.

As the artist states, A Million Suns is a story of one man's search for his future. His high-pressure existence comes crashing down one day when he encounters a fissure in the ground. This discovery triggers a chain of events that will send him to the ends of the earth and force him to face what his life may or may not be.

Using images that are collaged, montaged, erased, and drawn on, Calinawan portrays his beliefs in the unlimited variations of the future. Collage is like creating the future-we combine experiences and circumstances and move them around to see what fits and what makes sense. At any point, we may choose to go left or right, turn back or move forward. Each choice alters the trajectory and overall shape of our lives. There is a great mystery here: we are on a journey where there is no map-it is pieced together as we go along. Thus, we become the traveler and cartographer, the origin and the destination.

It is the perfect medium for Calinawan's journey. So many decisions to make in this life, so many struggles, so many options... I sat looking from his small, flawless, dream-like images to this man's face as he was talking about his process and also his labors. I kept thinking, He seems awfully young to be seeming like he's in that third painting (Manhood) of Thomas Cole's series, The Voyage of Life. I finally had to ask, Isn't 23 sort of early to be having this type of crisis? He stared at me for a while and then laughed and told me his real age...which is double. Now, it was all making sense. The urgency of the work and the importance of it as well. Veering off his projected life course could bring him to all sorts of destinations. I then learned as I reached the last print in the box that he has only completed 2 of the 3 sections of his story. I, for one, am keenly waiting for the final chapter to see how the hero's story ends.

If you too are impatient to see how the story is unfolding, Calinawan's work is going to be featured in the upcoming Diffusion Annual VIII magazine from One Twelve Publishing. 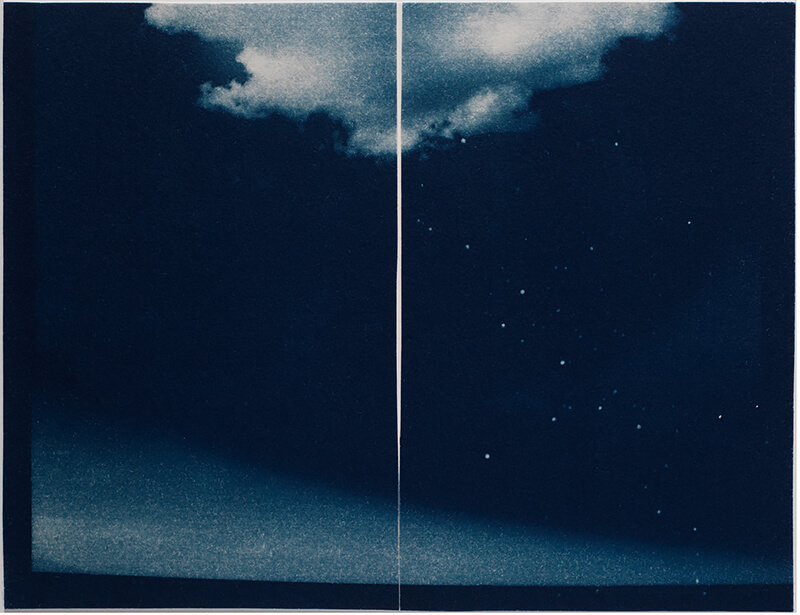 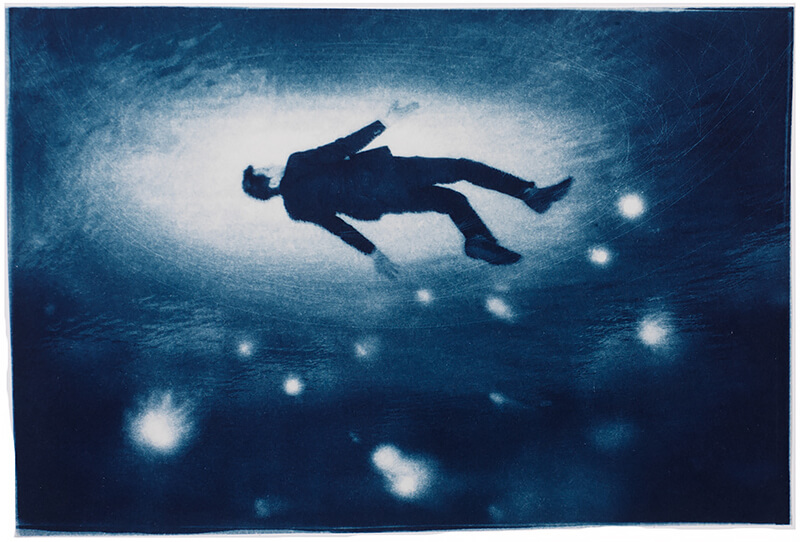 Jonah Calinawan (JO-nah ca-lee-NA-wan) is a photographic artist from the seaport city of Baltimore. People who make meaning out of their disparate lives inspire him. And he is following their lead.

Jonah is an accountant turned artist. He is still figuring out what this means. It all started when he bought his first camera in 2002 and started self-learning photography. In 2008, he attended a photography workshop where the instructor suggested he pursue an MFA degree. His first question was, What's an MFA? After two years of contemplation, he took the plunge and enrolled at the Academy of Art University.

Jonah completed his MFA in 2014 (while working as an accountant full-time). He exhibits his work nationally and internationally, and he is continually amazed at the unintended path that he embarked on. This divided life has changed the trajectory and shape of his life. He metaphorically explores this journey in A Million Suns, an ongoing photographic series that tells the story of one man's search for his future. See more of Jonah's work at www.amillionsuns.com. 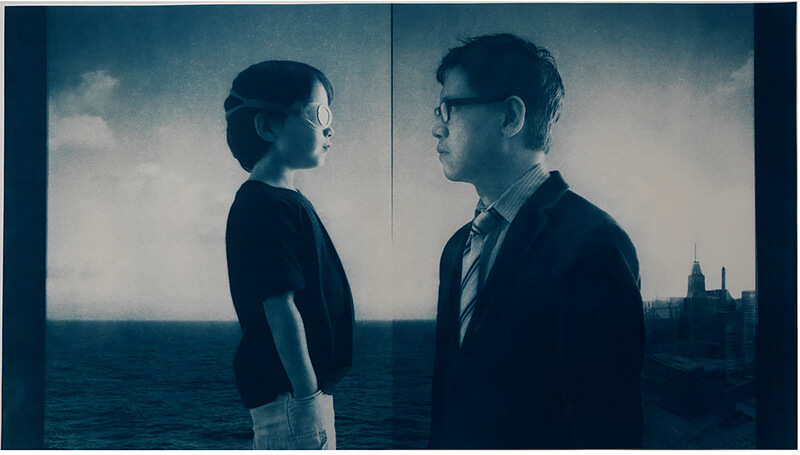 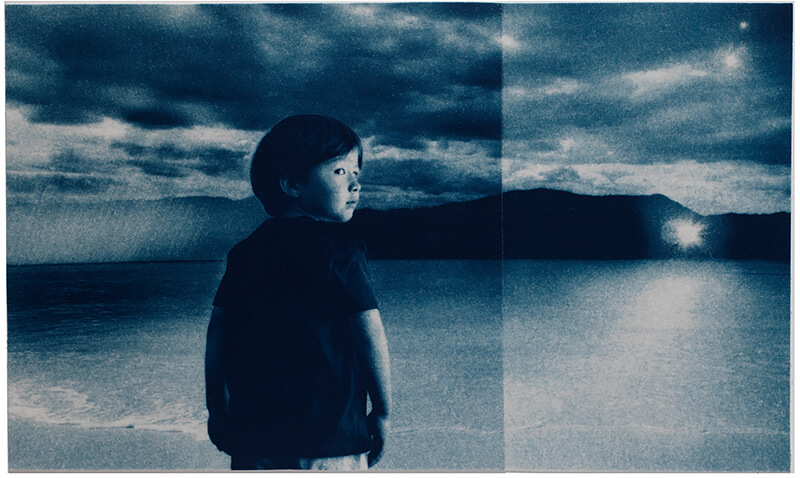 Jonah's work will be featured in the upcoming Diffusion Annual VIII magazine from One Twelve Publishing. Jonah thanks Blue Mitchell for this opportunity.
Jonah is partnering with local institutions in Baltimore. He had a pop-up exhibition and artist talk of his work with VTDance at the Baltimore Theatre Project in April 2016.

In May, he will be a participating artist in Maryland Science Center's event focused on art, science, and creativity. 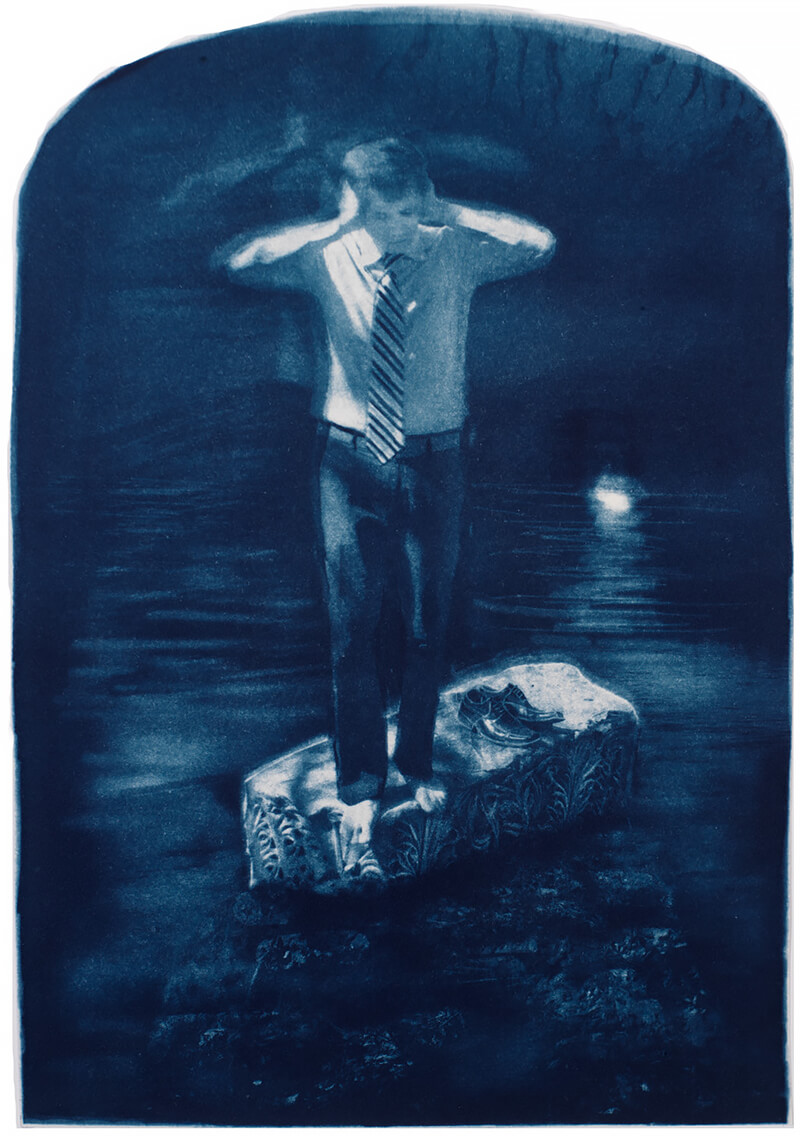 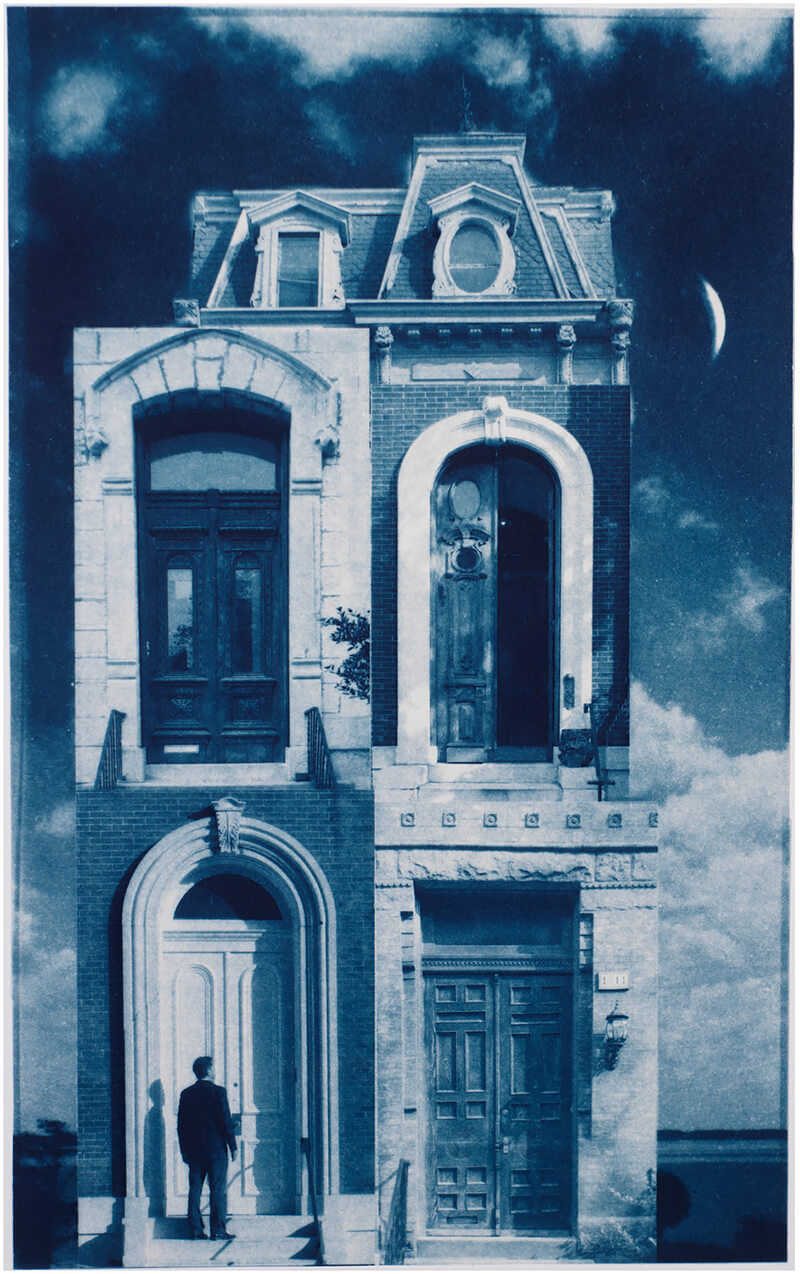 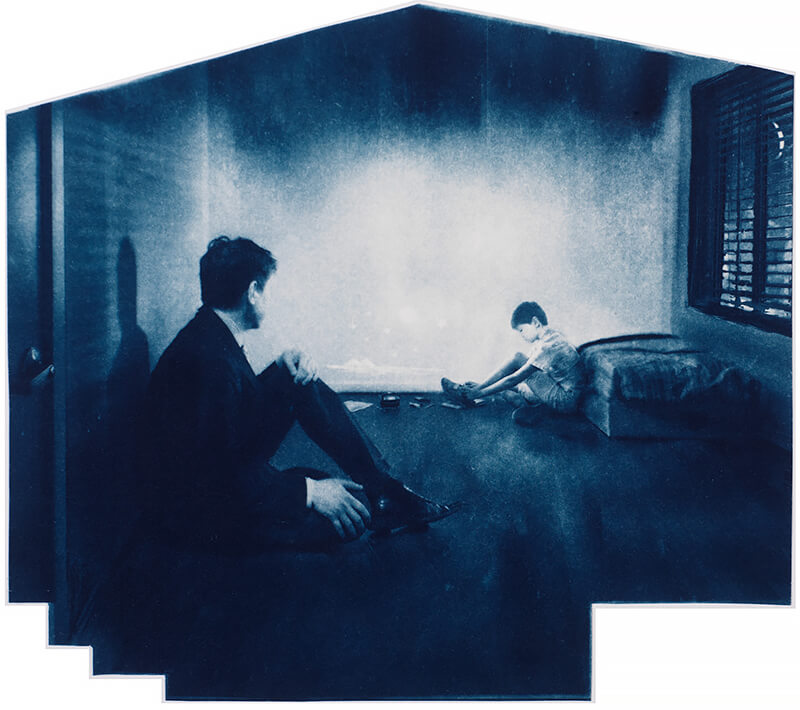 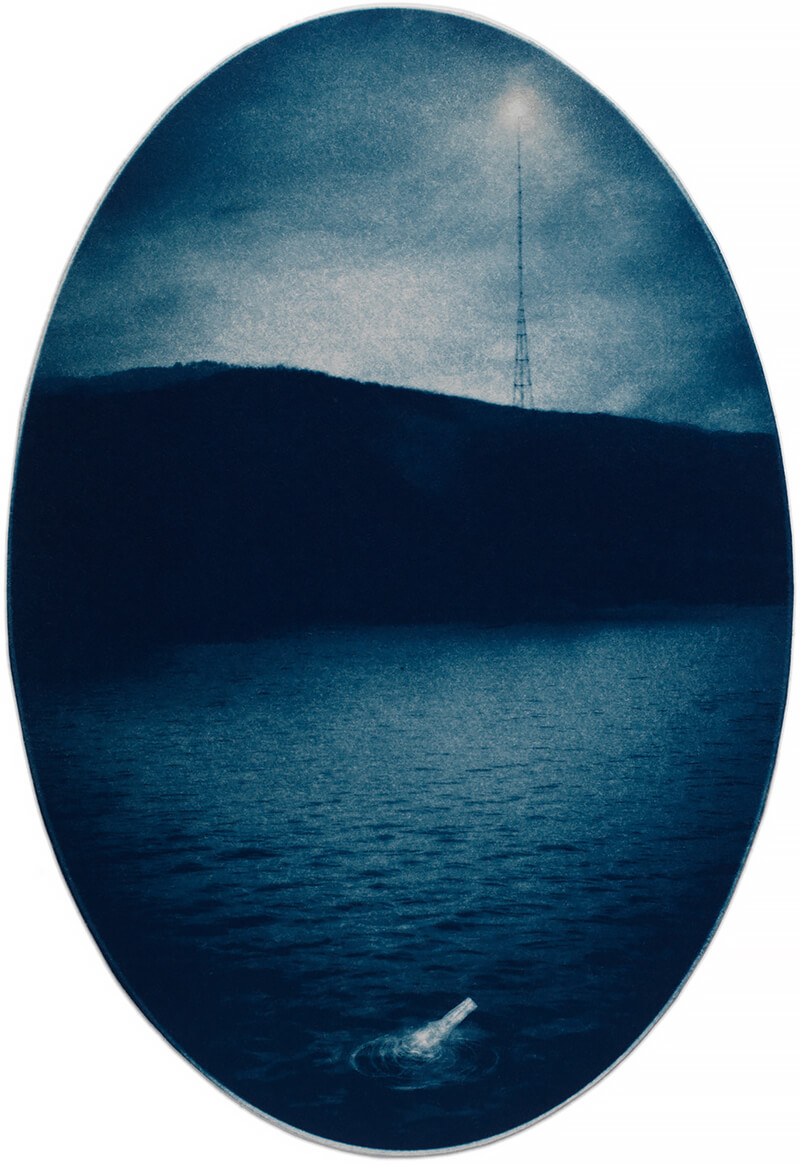 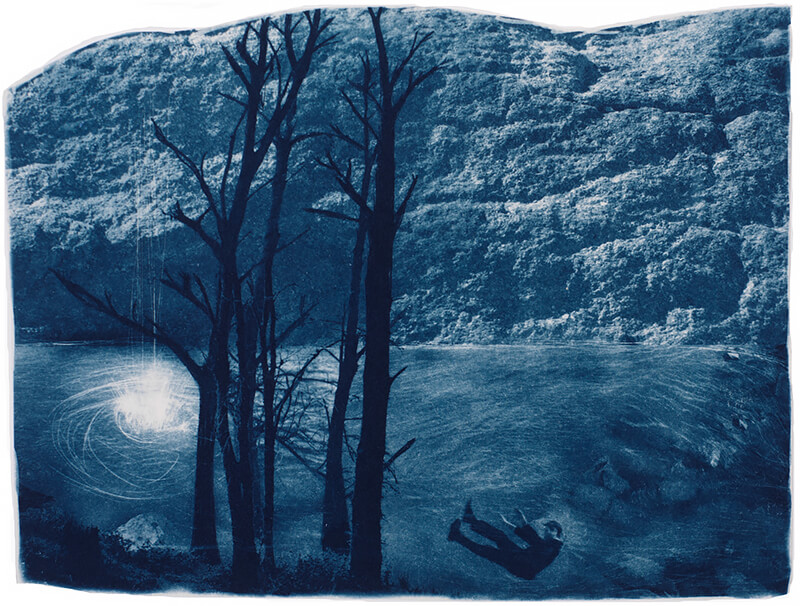