Call for Entries 'The Elevated Selfie: Beyond the Bathroom Mirror' and the success of 'Early Works' 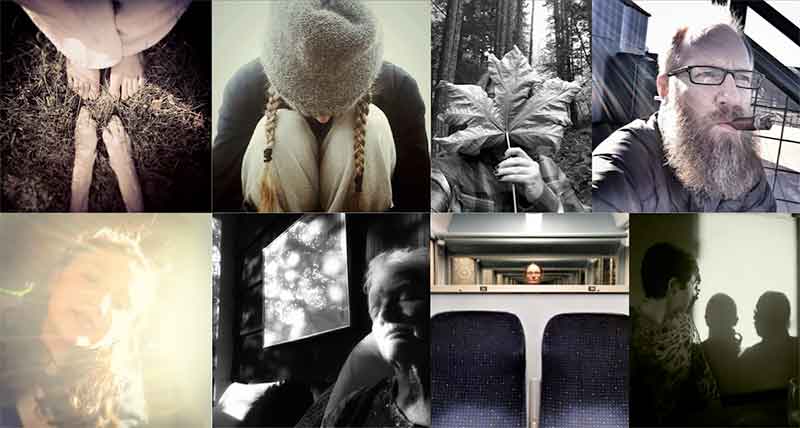 Laura Moya and Laura Valenti have been the team behind the success of Photolucida and its annual competition, Critical Mass. Fearless leaders of their non-profit which supports and promotes the work of emerging and mid-career photographers, they are also accomplished photographers and curators. Before the registration for Critical Mass 2016 opens this May, these women are introducing some new programming for Photolucida. After the success of their first juried show, Early Works (which I'll discuss in a moment), the team are doing a fun and intimate call for entries titled The Elevated Selfie: Beyond the Mirror. The curatorial intent is to show work that stretches the boundaries of the term selfie in a creative and thought-provoking way. The two Lauras are on the hunt for selfies that transcend the expected - bold, beautiful, artistic images that go beyond the blurry bathroom grab shot. To quote the curators, At their best, selfies allow us to define who we are as people and to give voice to compelling personal narratives. Be your own art director. Turn a creative eye on your own experience. Share your vision with us. And here's a new twist, these photographs need to be take with your phone. That's right. Your phone. This exhibition of self-portraits will be shown at LightBox Gallery in Oregon, and the Griffin Museum of Photography in Massachusetts (west coast -> east coast!). The deadline to submit is March 15, so start shooting!

This isn't the Photolucida team's first rodeo though. Three years ago, Laura Moya and Laura Valenti paired up to curate their first show together. Early Works is an exhibition that examines the naive imagery made by contemporary photographers when they were children. These early images often reveal surprising talent, visual intuition, and honesty. Kept for many decades in shoeboxes and faded albums, the images are often cherished belongings that play a key role in defining the self as artist. This exhibition is a close look at photographers' earliest works, paired with personal narratives about the images and their role in each photographers' development as an artist. I had the honor of showing this group of pictures at RayKo in 2013 and many of the photographers' writings brought me to tears. Read some of the excerpts below to find yourself shaken.

This exhibition was such a success at every venue that hosted it, that the show continued to travel for nearly two years. It debuted at Newspace Center for Photography in Portland, Oregon, traveled to RayKo Photo Center in San Francisco, then on to The Center for Fine Art Photography in Fort Collins, Colorado, then further east to the Sol Mednick Gallery in Philadelphia, and then finally to the Photographic Resource Center in Boston.

Here is the curators' statement about the project:

The idea for Early Works came from a conversation in which we exchanged stories about discovering photography at an early age. What was it about the medium that kindled our imaginations when we were young?

We wanted to revisit the moment when other contemporary photographers first connected with the medium. We were curious about what childhood images might show us about the nascent stages of creative vision. For many of us, an early fascination with photography led to a life-long passion. How do photographers keep their relationship to the medium alive over the years, and ultimately choose to make it their professional voice?

Many childhood experiences live in our subconscious and are often difficult to navigate, even as adults. Memories of historic moments, of families unraveling, of play, discovery, and struggles with identity are a part of our collective history. This project is about imagery, but equally about personal narrative. A photograph can serve as a strong visual cue that can spark a rich story in a second.

After such astounding success with their first effort, I look forward to seeing what this dynamic duo puts together for this next call for entries! 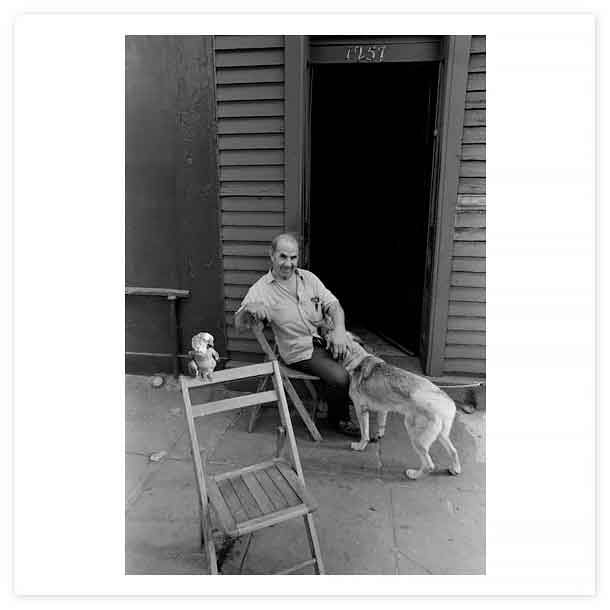 In the late 1960's I began to feel passionate about photography. In the summer of 1969, I lived in Brooklyn, New York and during my daily excursions I would look at the scenes on the sidewalks for interesting photographs. I shot this one of the man, dog, and bird in 1969 during the month that a man landed on the moon for the first time. This was the first photograph that I shot of a bird. It has become an important milestone in my career, as at the end of the year Thames and Hudson will be publishing a book of bird images in a strange surrealistic place that I have worked in over the past six years.
Roger Ballen 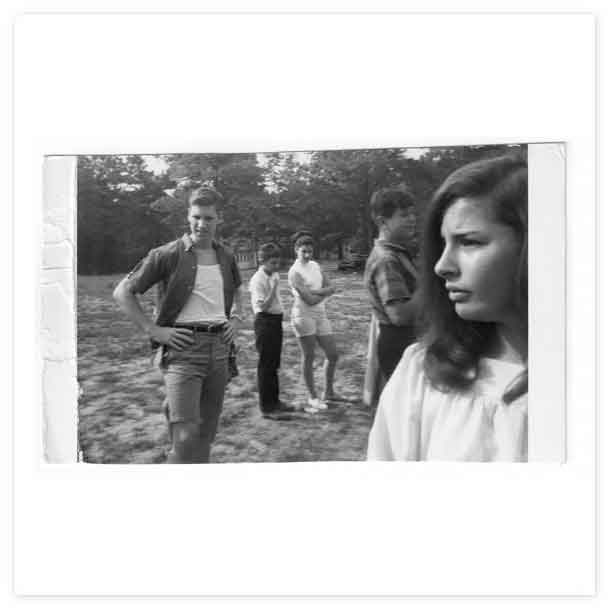 I was 14 when I went to sleep-away camp for the first time. I don't know what made me decide to bring a camera with me, except that photography was important in my family. When I was younger, we always had photos taken on family vacations. The camera I used to take this image was a Kodak Hawkeye Flashfun, and amazingly, I still have it. The photos I made that summer are the first pictures I took myself-pictures of the girls in my bunk and the boys we liked. Most of them were straight on, subject in the middle, smiling and slightly stiff. Typical snapshots. I was just collecting images of the summer friends I might not get to see all year. This picture was different from the others. Danny and Angel. I'm pretty sure they were a couple. I didn't get to see the photograph until I was home from camp, but I remember that I found it intriguing. The next summer I took a few more unposed pictures, and I started to experiment with the camera just a little bit more. When I found this image, I realized that I cropped my photographs from that summer. Though back then, it was with a pair of scissors.
Sheri Lynn Behr 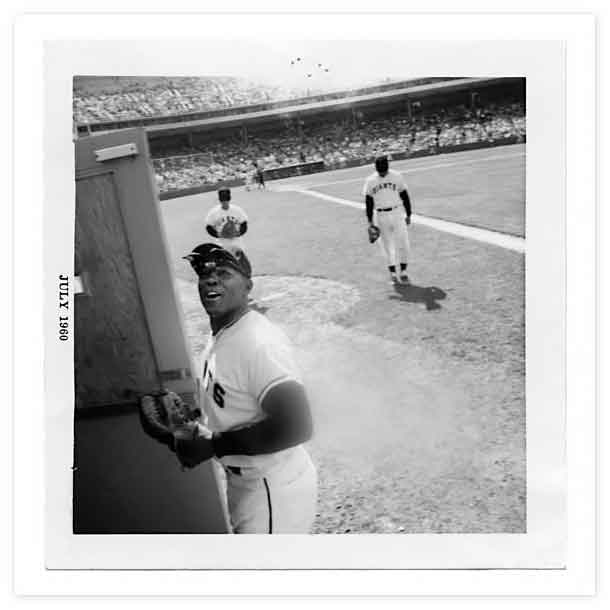 They throw the ball, I hit it. They hit the ball, I catch it. -- Willie Mays. It was 1960, and the San Francisco Giants were playing their first season at Candlestick Park. I remember getting to the park early to watch batting practice and run around some before the ushers made me sit in my assigned seat for the game. The players entered and exited the field through a door along the right field line. After borrowing my dad's camera (a Bell & Howell Electric Eye 127), I waited like a young paparazzi in what I thought would be the best place to get a shot of the Giant's center fielder. I remember that I preferred taking pictures to getting autographs. And yes, that is a finger smudge on the lens.
Michael Jang 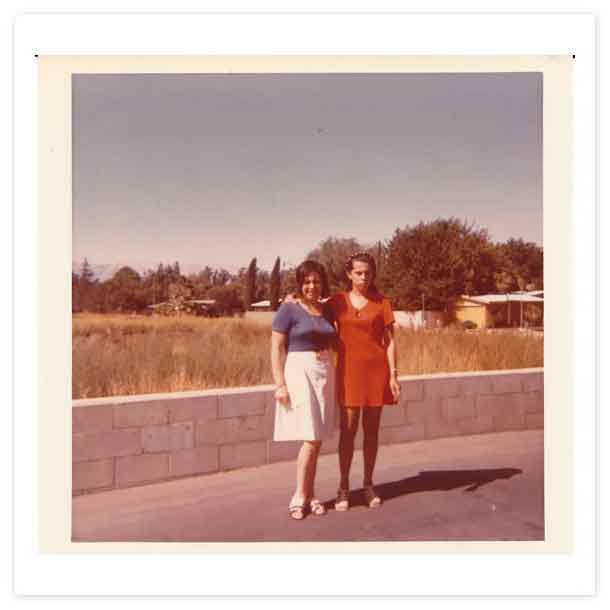 I started using my father's Brownie camera when I was ten years old. I loved making photos of my family and friends. I became intimate with photography from that point forward. The year is 1972. I am twelve years old and my grandmother is dying of Leukemia in the West Hills Hospital. My mother is on the right wearing a favorite orange dress. Her older sister Esther is on the left. I made this photo of the two of them outside of the hospital. I love that my mother is showing her feelings while my aunt is striking a pose. As my father and I drove away from the hospital for the last time, Cat Stevens' Morning Has Broken played on the car radio. I knew I'd never see my grandmother again. Two years later, my mother wound up at UCLA Hospital intensive care. Her abusive, alcoholic husband had beaten her up again, leaving her on the floor of the bedroom in their home. Thirty-two years later, my mother is the longest-living resident in a home for the aged that she entered at the age of forty-two. This photograph is the last one I made of my mother before she was in a wheelchair for life. My life would never be the same. Photography became a way of dealing with my feelings and emotions.
Hannah Kozak
Stay up-to-date  with call for entries, deadlines and other news about exhibitions, galleries, publications, & special events.
Advertisement