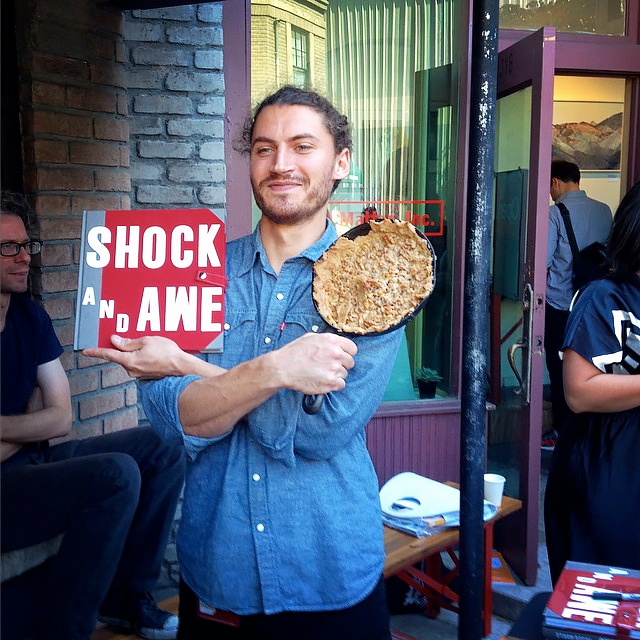 In case you thought you missed Ethan Rafal's epic book tour that took him across the country multiple times in 2015, you're in luck. It seems that the road is calling to him and he'll be back on it. Join Ethan and Amber Hoy at SFCamerawork in San Francisco on January 28th from 7-9pm. There's more to this evening than a discussion of imagery and war and aftermath and personal journeys. Due to the interdisciplinary nature of the Ethan's project, the performance of Shock and Awe is equal parts story-telling, show-and-tell, and group discussion, presented with ample walnut pie (made in a cast-iron skillet) and whiskey (which goes surprisingly well with the pie).

Shock and Awe has obviously evolved to being more than a book. It is a twelve-year, autobiographical project examining the relationship between protracted war and homeland decay. The book is comprised of meticulously crafted images and poignant text. It is also based on Ethan's original found-object journal that blurs the line between author and subject, and personal and authoritative histories. Completed over countless years traveling the United States, the project pulls from the traditions of documentary photography and writing set on the American road.

Initially, Ethan wanted to gather communities for pie, bourbon, and a performance of recent American History which would involve readings from his book (after hours spent baking his secret-recipe pies) with projected images and consumption of said pies and aforementioned whiskey. What has actually happened is The Shock and Awe Book Tour has returned the journal to the people and places depicted, bringing author, subject, and viewer into an exploration of the total meaning of the work. Ethan wanted to visit 50 American cities, but I think he's well beyond that now. 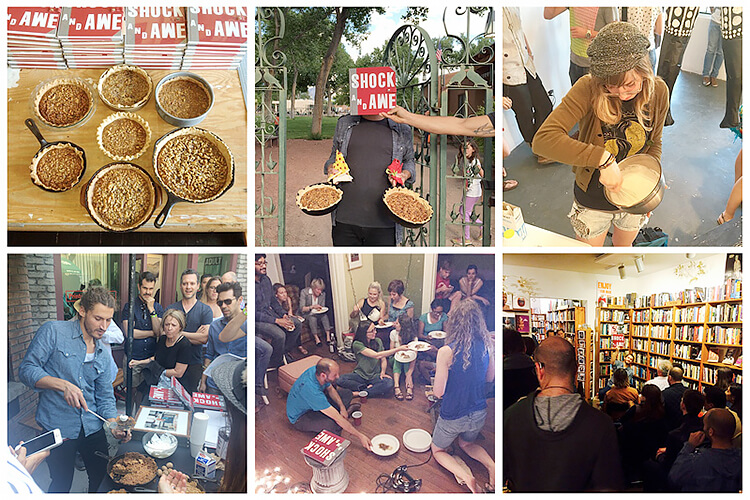 Borrowing from American folk traditions, Shock and Awe is a performance of first-person authorship. Balancing sincerity and humor, the project unfolds in real-time, foregrounding the fraught transformation of memory into document, providing a vehicle to revisit this shared period since 2001 - simultaneously fading from memory, yet not cleanly historicized.

Ethan began collecting materials for this book and this project right after the events 9/11, but it would be another five years before he realized what he was doing. And even longer before this book could be realized. In the interim, he traveled, documented, interviewed, and discovered the process in which he would ultimately print all the images from his journey. Ethan photographed primarily using a 4x5 view camera and color film. He found that he wasn't entirely pleased with the look of a traditionally made print. He wanted something else, a process that translated the feelings that were brewing inside of him and his generation. He experimented tirelessly and what he stumbled upon was the transfer process. This isn't the Polaroid transfer process of our youth, but a new, somewhat more complicated process that involves some serious chemicals (as Ethan's respirator cartridges can attest to) that transfer the inks to a large sheet of archival watercolor paper. I've seen the prints in person and can confirm that he's making the biggest transfer prints out there. He unfurled them a few weeks ago and revealed muted color images with out of place people dotting the landscapes. Surfers trapped in the high desert among wild horses. A man astride a cement deer in the fog. Young men on the edge of town standing in the parking lot of a defunct gas station. Men waiting in cars. What are they looking for? Where are they all going? Because it feels like that. Everyone is wanting to be somewhere else. You can feel the tension in the images. And the process reinforces the tone of these photographs.

Now Ethan knows this about me, that I like to dislike the transfer process. And yet, here is the exception. His images, with their imperfections and bubbles and peeling emulsion, whole sections of pigment torn or missing from the pictures, they feel right. It's the right solution to this body of work where something has gone wrong and perhaps will never be corrected.

To hold the book and read it and feel the struggle and search for the truth is one thing. To be in a group of people and experience this together, is another. If you have a chance to participate in Shock and Awe, don't hesitate. There's also the pie to think about. 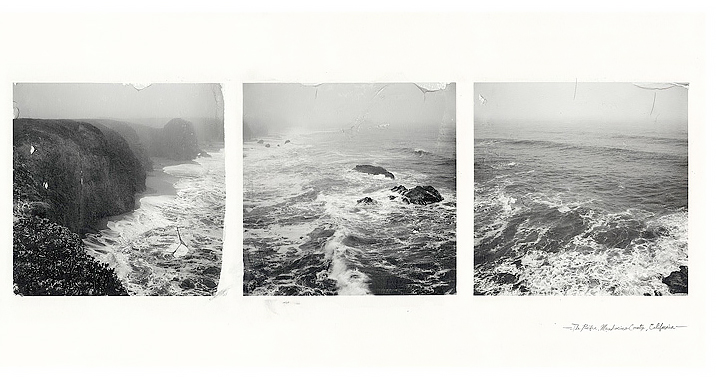 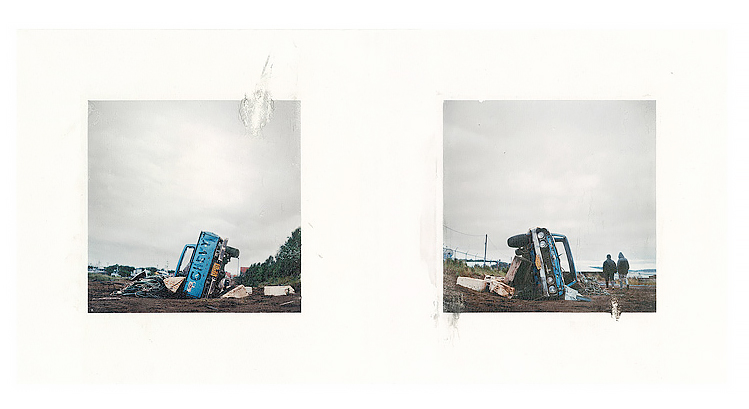 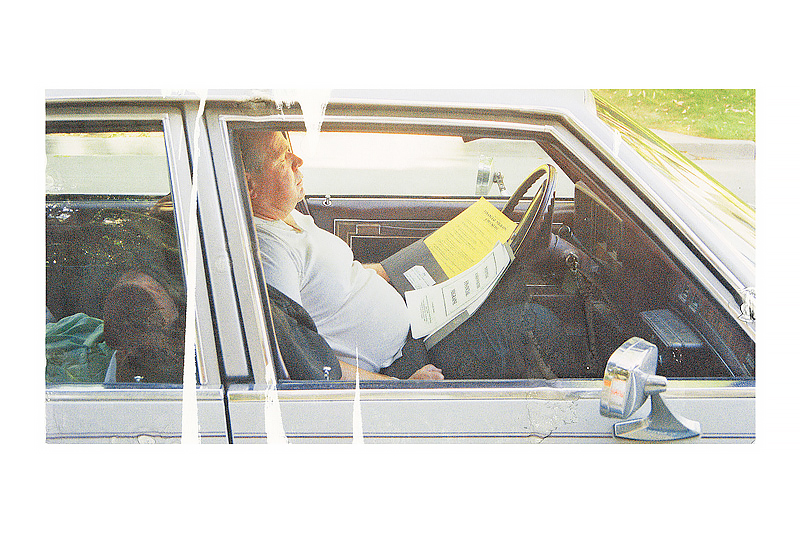 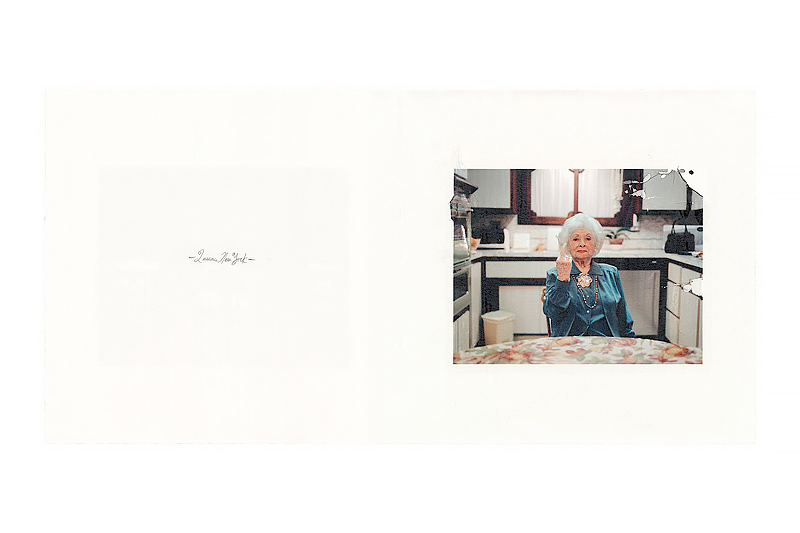 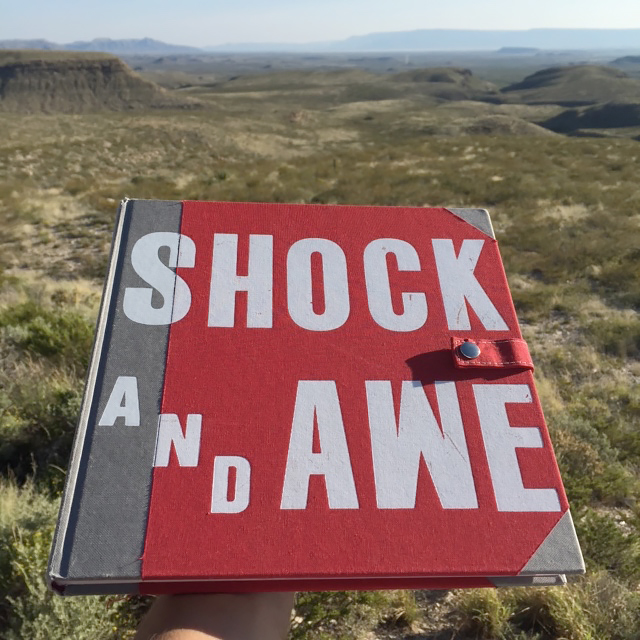