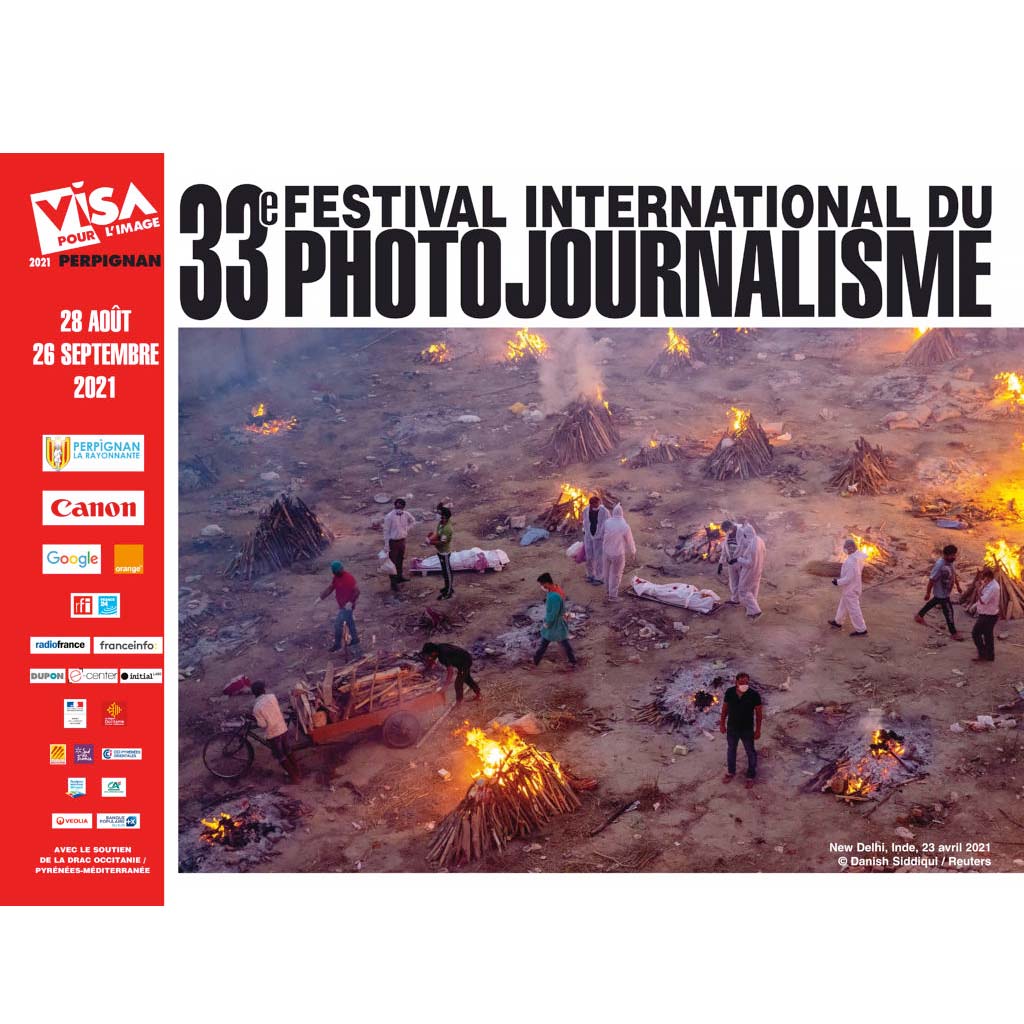 Each year, top stories from around the world are awarded at Visa pour l'Image.

A second jury meets in Perpignan to choose the winners for each Visa d'or award (News, Feature and Daily Press).

Visa d'or news Award
For the second time, the Département des Pyrénées-Orientales, wishing to support the festival in actions and activities in line with the cultural policy of the département, is funding the prize money of €8,000 for the Visa d'or news award winner. © Anonymous Photographer in Myanmar for The New York Times

Protestors urging police to join the people as thousands gathered to demonstrate in support of the National League for Democracy. Yangon, Myanmar, February 6, 2021. © Anonymous Photographer in Myanmar for The New York Times

Medical students, doctors and engineers joined the tens of thousands of demonstrators protesting against the military coup. Mandalay, Myanmar, February 26, 2021.

Visa D'Or Feature Award
For the fourteenth time, the Region of Occitanie / Pyrénées- Méditerranée funds the prize money of €8,000 for the Visa d'or Feature award winner. 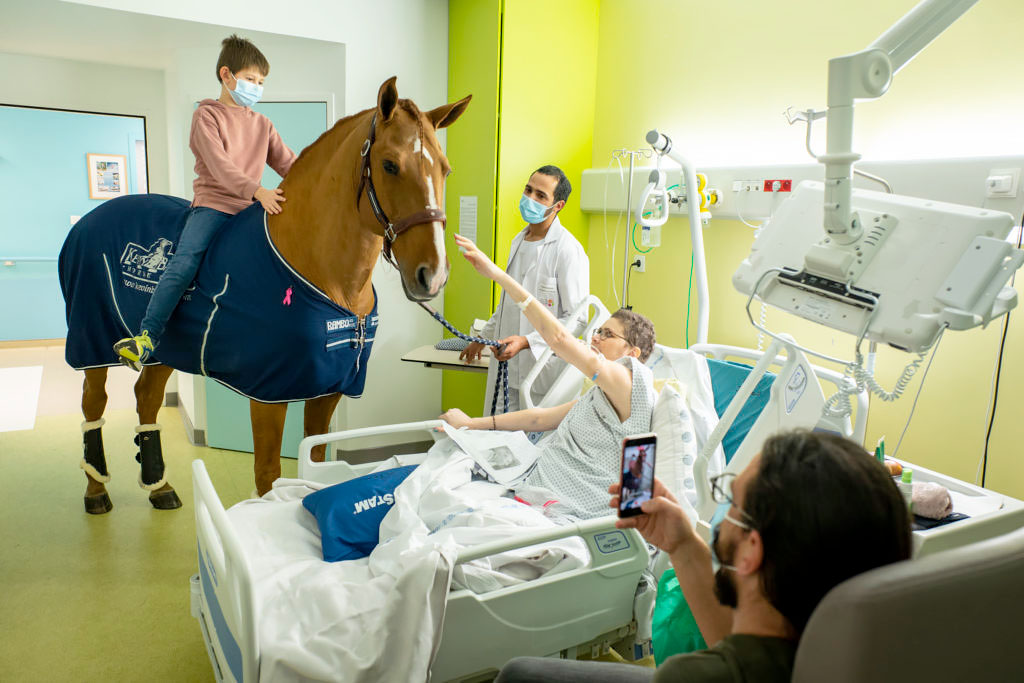 France-Calais 11/18/2020 Palliative care center at the Calais hospita 'Peyo is very important, we are happy to see him' confides me Amandine the mother of Isac

Entries were received from 20 newspapers.
The Visa d'or has been awarded to the Danish newspaper Berlingske for the report by Asger Ladefoged "Uprising in Belarus." 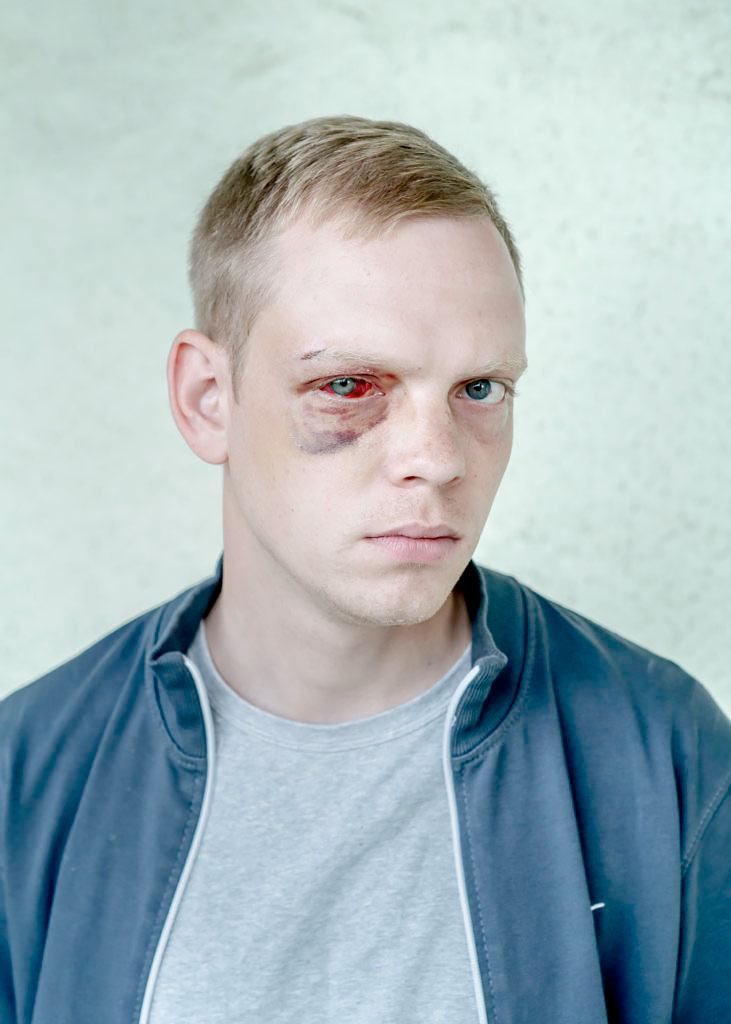 Aleksandr, 26 years old: "With two friends, I was on my way home from the protest, when a plainclothes police car pulled over. Two policemen jumped out of the car and started beating us in the middle of the street. They took us to the police station, where about 100 other people were detained. Everyone was beaten up. One by one. After a while they finally called an ambulance. Even though I was badly beaten I still feel lucky as they didn't throw me in jail. I'm okay now, but I am scared. And I am not going back to the streets to protest." Manaus, State of Amazonas, Brazil. Monday, May 25, 2020: Recent graves at a cemetery in Manaus, Brazil. Because of the increase in deaths from coronavirus the cemetery had to prepare new plots to handle the influx of bodies

ICRC Humanitarian Visa d'or Award - International Committee of the Red Cross
The ICRC Humanitarian Visa d'or award is granted in recognition of the work of a professional photojournalist who has covered a humanitarian issue related to a situation of armed conflict, and this year will be the eleventh award. The ICRC was founded more than 150 years ago to provide assistance and protection for people in situations of armed conflict and violence. The ICRC operates in some sixty countries. The winner of this year's award, with prize money of €8,000 funded by the ICRC, is Antoine Agoudjian for his report "Armenians - Endangered People" done for Le Figaro Magazine. 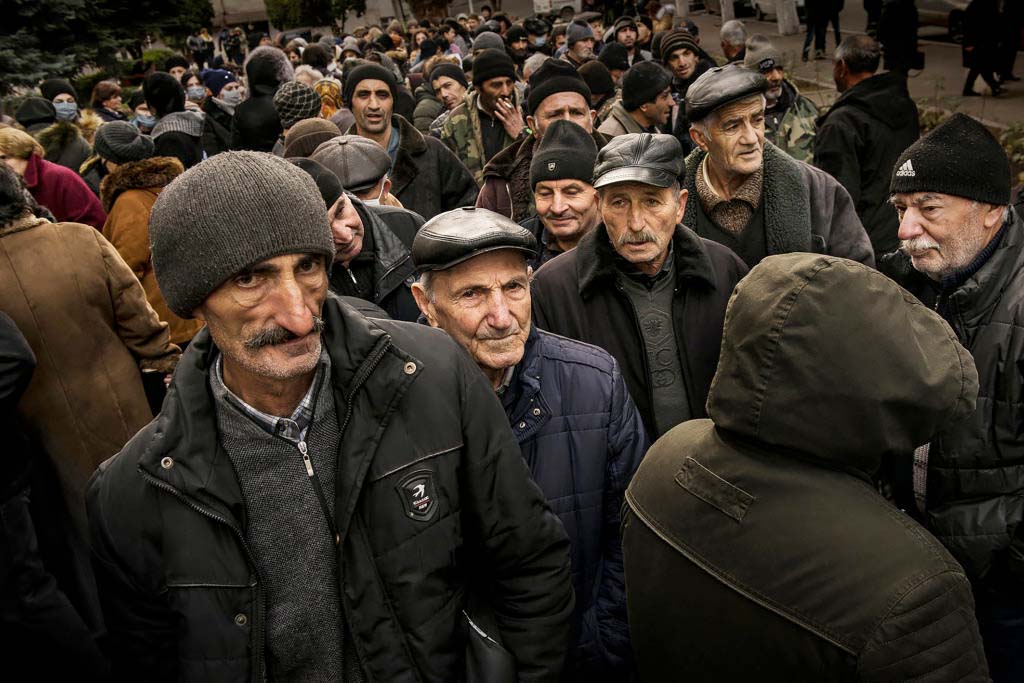 Distribution of food and clothing organized by the local authorities in Nagorno-Karabakh and a number of NGOs including the Red Cross. Stepanakert, capital of Nagorno-Karabakh. 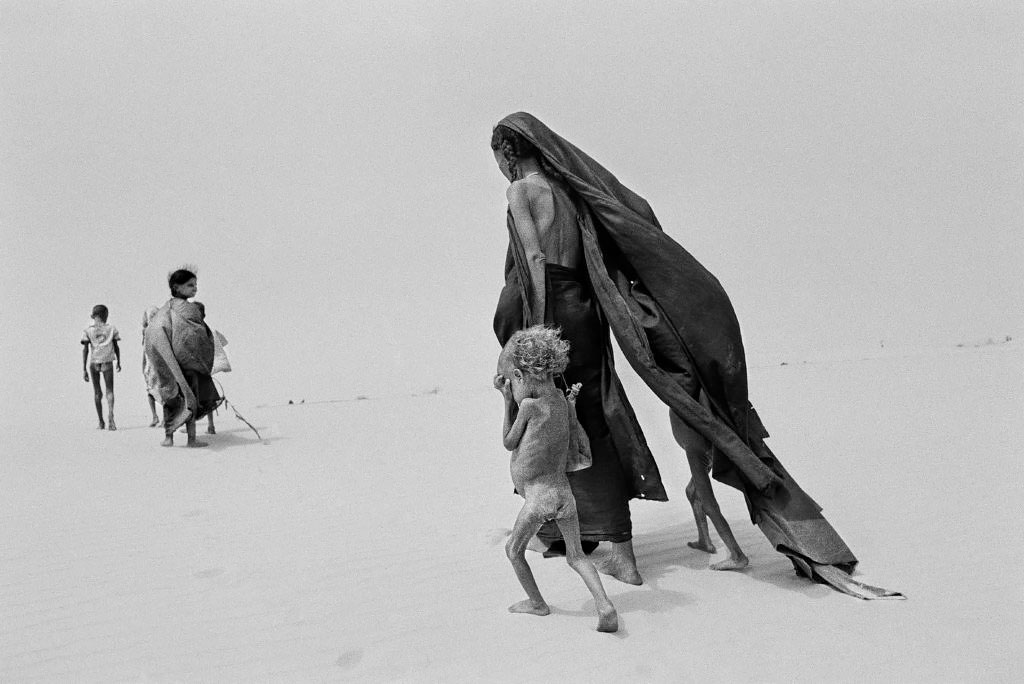 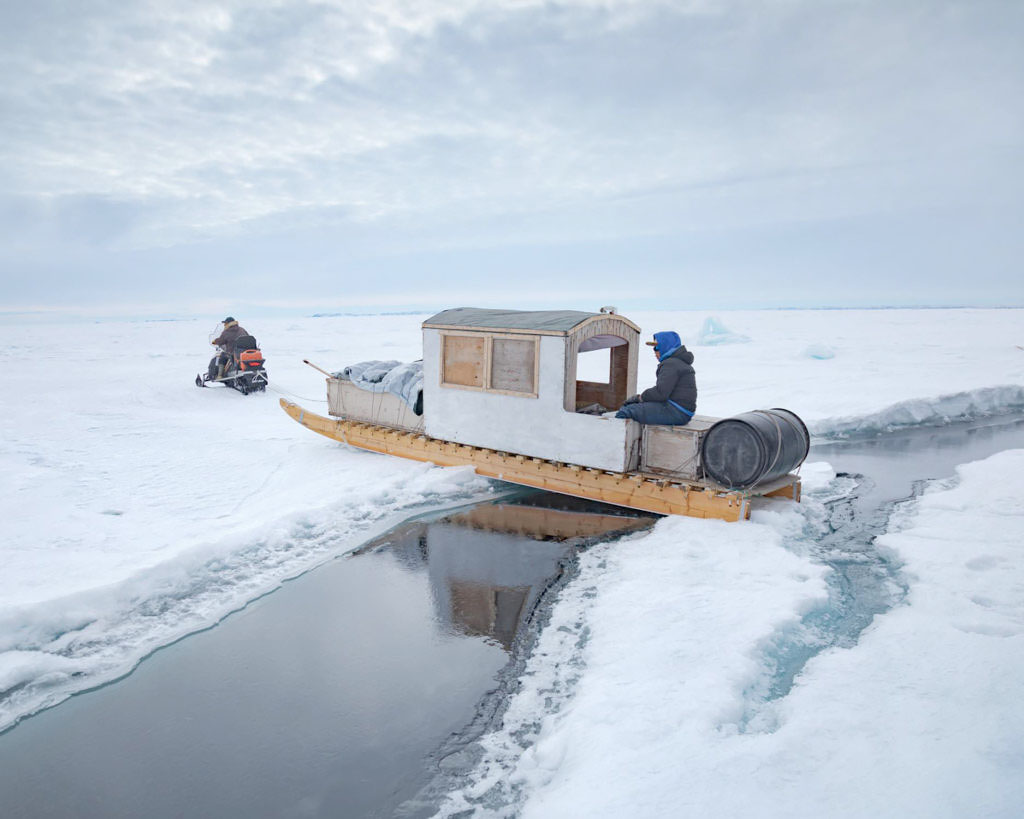 This image is part of a project named Sea Ice Stories documenting Inuit subsistence hunting traditions in the north of Baffin Island, Canada. In a time of rapid climate and cultural change, family camping trips to ancestral hunting grounds are an important way for the young people of Nunavut to remain connected with the land and their culture, and to learn skills and values from their elders that will prepare them to be leaders and providers in their communities

Urban newcomer Photographer's Grant sponsored by Google
For the second time, Google, Visa pour l'Image and Dysturb will give a grant for a newcomer to photography working in and on France. For the three partners, the grant is a commitment to support innovative approaches to urban stories. The grant provides funding of €8,000 plus monitoring and assistance from Google, Visa pour l'Image and Dysturb so that the 2021 winner, Cebos Nalcakan, can carry out one or more projects. 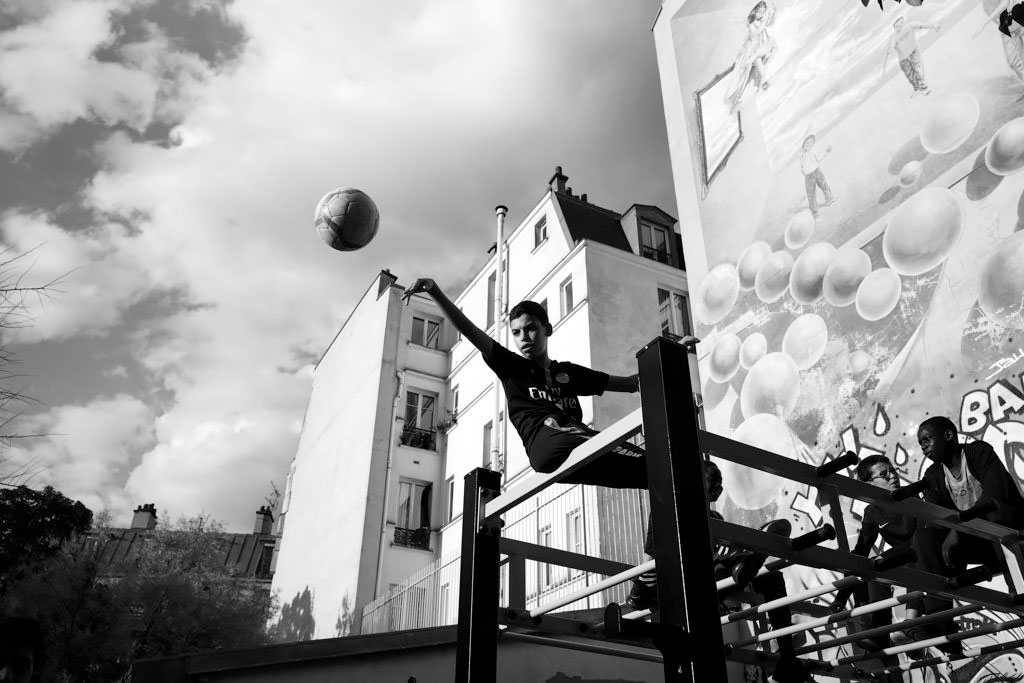 French Ministry of Culture Production Grants for Female Photojournalists
For the second year, France's Ministry of Culture and the Festival Visa pour l'Image will be presenting two grants to female photojournalists in recognition of their contribution to photojournalism. Each grant is for €5,000. This year we are exhibiting the work of Darcy Padilla/Agence VU' on the world's largest laundromat, in the United States, in Chicago, Illinois. Axelle de Russé will now have one year to do her planned report on "wombs for rent" in Ukraine. Her exhibition will be featured in next year's festival. 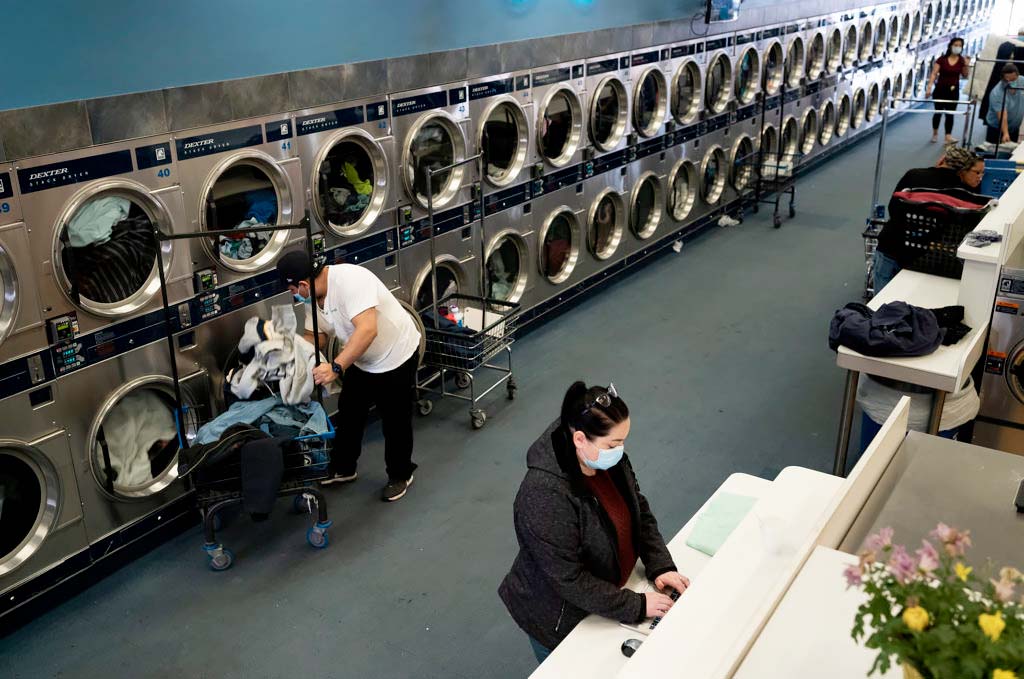 The World's Largest Laundromat in a working-class suburb of Chicago is a safe social place. A young Palestinian girl in what was once the family home. Beit Hanun, northern Gaza Strip, May 24, 2021.

Pierre & Alexandra Boulat Award
The award, which is being sponsored for the seventh time by LaScam (the collecting society for multimedia authors), is designed to help a photographer carry out an original reporting project that is not part of a media assignment. The award, with prize money of €8,000, was presented to the 2021 winner, Mary F. Calvert. The award will provide support for her to continue her report on the alarming rates of suicide among male victims of Military Sexual Trauma (MST) in the United States. 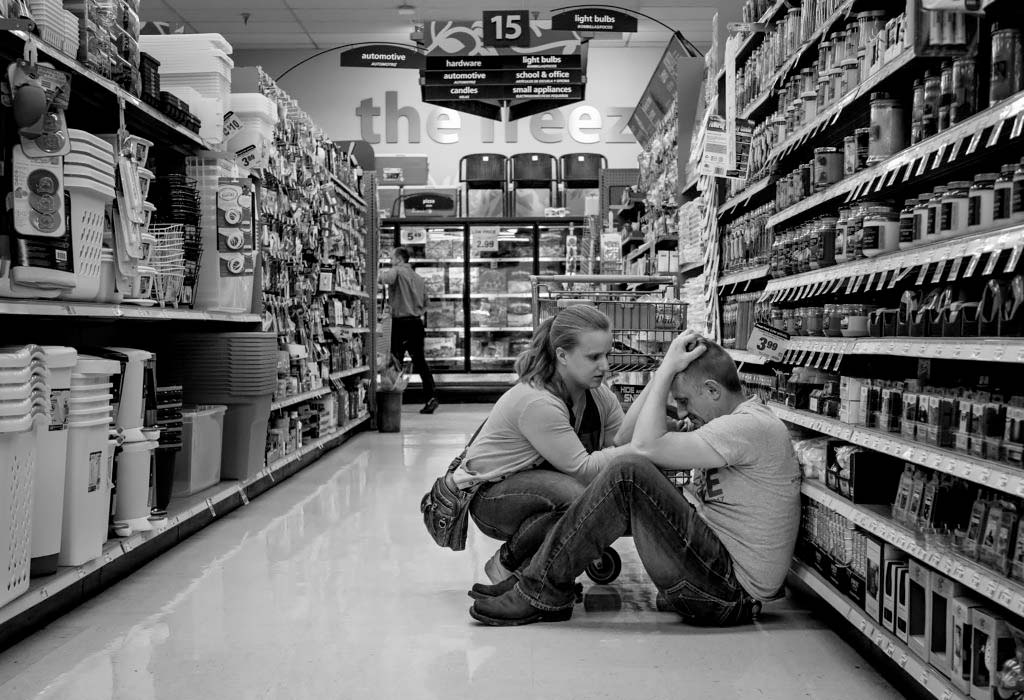 Rachel Lloyd comforting her husband Paul who has had a flashback. While looking for light bulbs in the supermarket near his home in Salt Lake City, he stopped to smell a scented candle. Suddenly he sank to the floor, hiding his face and sobbing. The candle had the same fragrance as the shampoo he had been using in the shower at Army basic training in 2007, when he was attacked and raped by another recruit.

Camille Lepage Award
The Association named Camille Lepage - On est ensemble was founded on September 20, 2014, only months after the death of Camille Lepage while reporting in the Central African Republic. The Association commemorates Camille, her work and commitment. For the fifth time, the collecting society la Saif is supporting the award which provides backing and encouragement for a photojournalist committed to a long-term project. The winner of the 2021 award is Ana María Arévalo Gosen, who will continue her work reporting on women in prisons in Latin America. 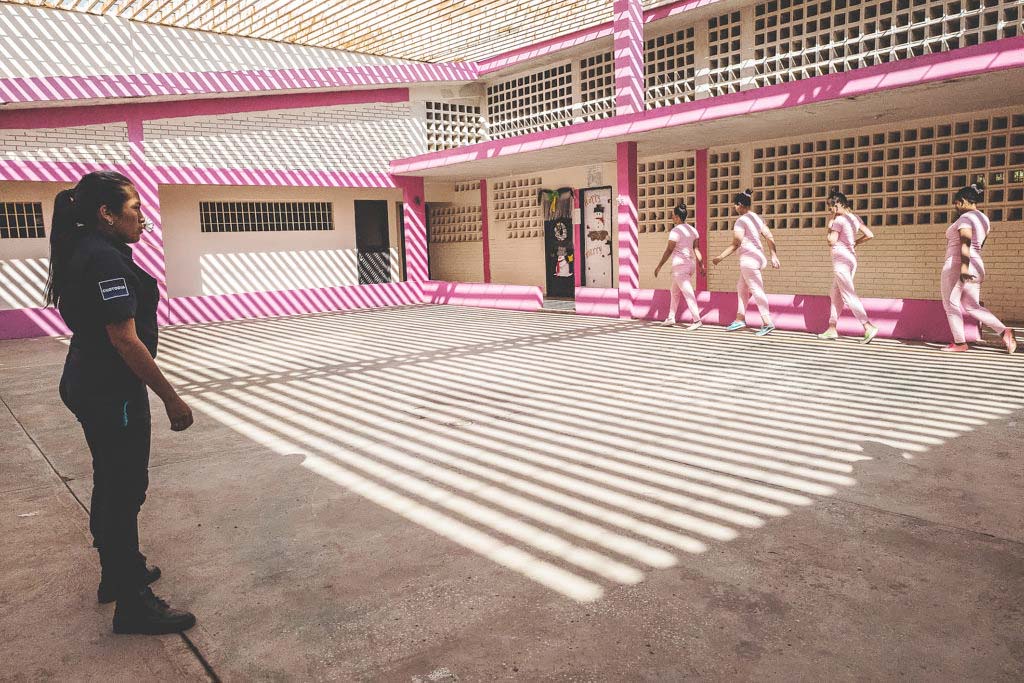 A warm-up session before playing volleyball. The program for the female detainees includes classes, sport, motivational and disciplinary workshops, art and crafts. The prison sentence is intended for reform and to avoid recidivism. Credits for good behavior can lead to early release. State prison, Maracaibo, Venezuela, December 2018. 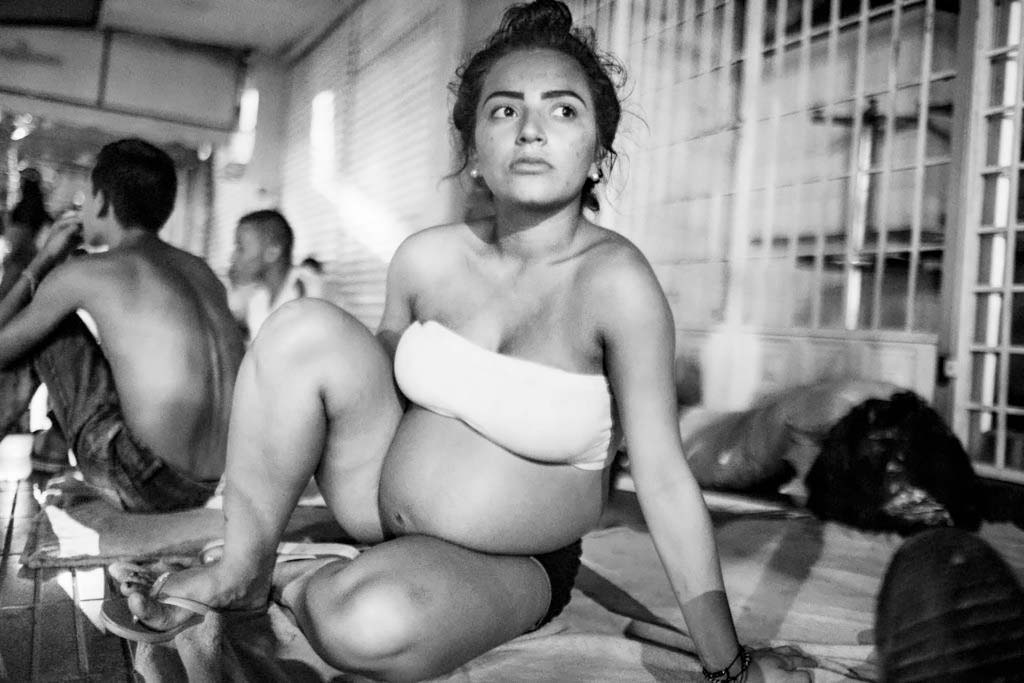 A Venezuelan girl, pregnant, sits in a street in Cucuta where she will spend the night with other migrants. Many Venezuelans enter Colombia to give birth since hospital conditions got worst in Venezuela and lack of medicines and doctors represents a risk for childbirths. 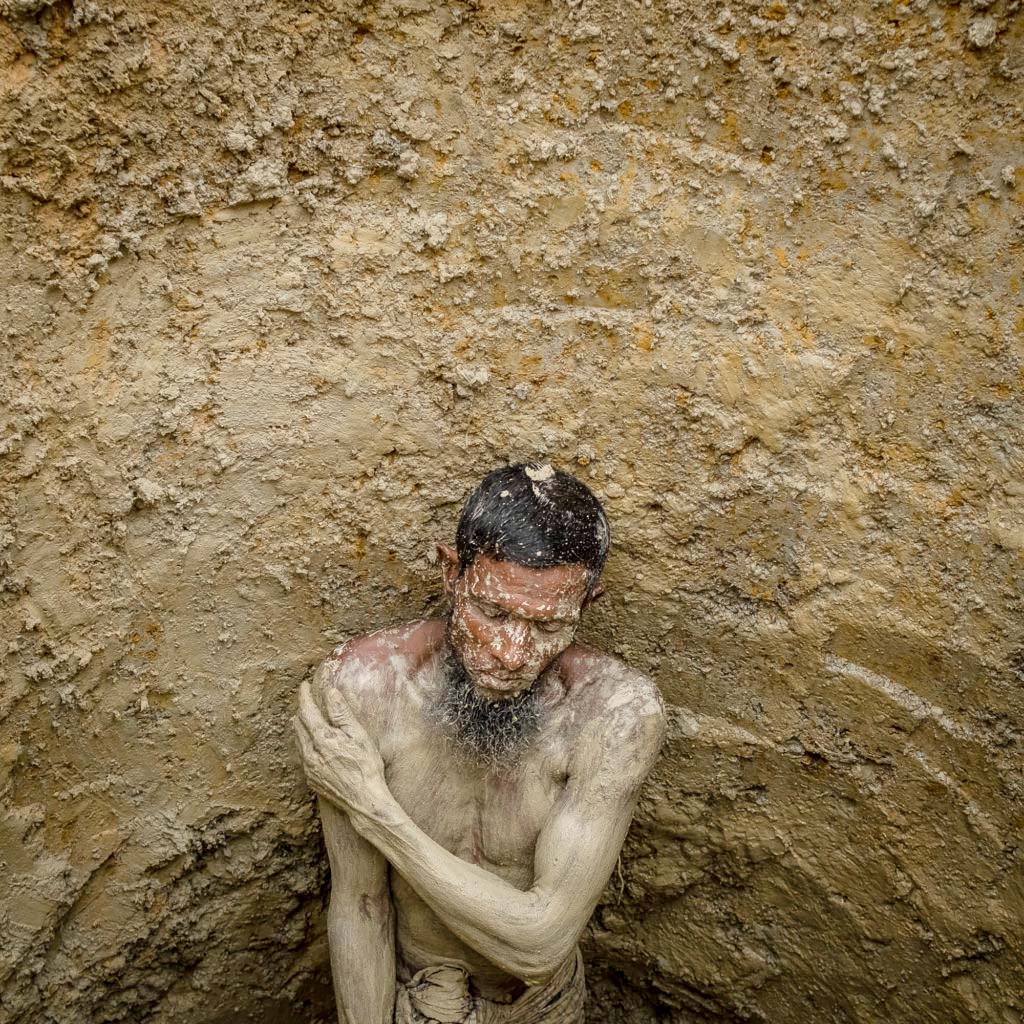