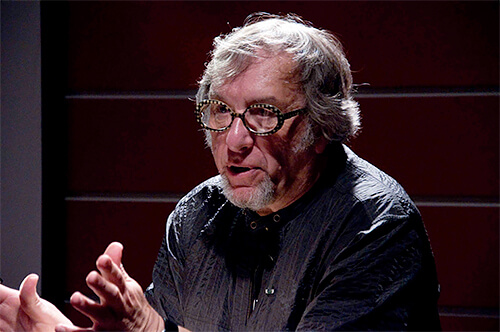 © EduChaves55, 2009, CC BY-SA 3.0
Country: United States | Born: 1939
Joel-Peter Witkin (born September 13, 1939, in Brooklyn, New York City) is an American photographer who lives in Albuquerque, New Mexico. His work often deals with such themes as death, corpses (and sometimes dismembered portions thereof), and various outsiders such as dwarves, transsexuals, hermaphrodites, and physically deformed people. Witkin's complex tableaux often recall religious episodes or classical paintings. Witkin was born to a Jewish father and Roman Catholic mother. His twin brother, Jerome Witkin,[2] and son Kersen Witkin, are also painters. Witkin's parents divorced when he was young because they were unable to overcome their religious differences. He attended grammar school at Saint Cecelia's in Brooklyn and went on to Grover Cleveland High School. Between 1961 and 1964 he was a war photographer documenting the Vietnam war. Going freelance in 1967, he became the official photographer for City Walls Inc. He attended Cooper Union in New York where he studied sculpture, attaining a Bachelor of Arts degree in 1974. After Columbia University granted him a scholarship, he ended his studies at the University of New Mexico in Albuquerque, where he became Master of Fine Arts.
Source Wikipedia
Galleries:
Etherton Gallery
ClampArt
Catherine Edelman Gallery
Share:
Selected Video:
Selected Book: 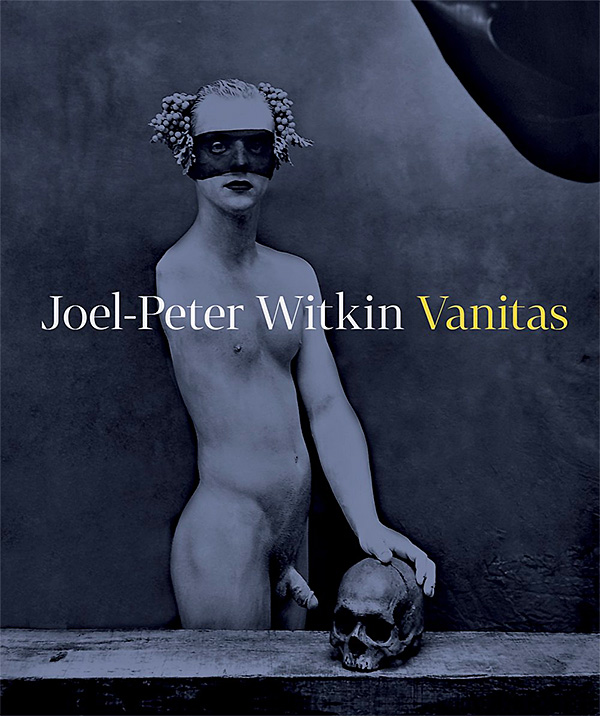 Joel-Peter Witkin: Vanitas
Author: Joel-Peter Witkin, Otto M. Urban
Publisher: Arbor Vitae
Year: 2012 - Pages: 164
Joel-Peter Witkin: Vanitas offers a concise survey of one of the most controversial photographers alive. Since the late 1970s, Witkin's black-and-white portraits and still-lifes of hermaphrodites, body parts, severed heads, mutilations and similar themes have inevitably provided shock fodder to the religious right, while seeming to evoke an easy relationship to ideas of decadence and morbidity. For Witkin, the goal is simple: "I wanted my photographs to be as powerful as the last thing a person sees or remembers before death." Witkin's photographs offer up examples of life's extremities as unblinking confrontations with mortality, whose power derives not merely from their content but from the keen compositional instincts governing that content. Witkin's gift for still life and his use of religious motifs such as crucifixion and sainthood have been nourished by his appreciation of the likes of Francisco Goya, Odilon Redon and Hieronymus Bosch, whose examples he has translated for the concerns of the present. Witkin's photographs have made a colossal impact upon contemporary culture, influencing artists such as the Chapman Brothers and Erwin Olaf, musicians such as Diamanda Galás and Trent Reznor, and the late fashion designer Alexander McQueen, among many others. Vanitas provides a cross-section of the artist's work from the 1970s to the present. In addition to photographs, it includes many lesser-known drawings and paintings, as well as Witkin's most recent, previously unpublished photographs. A bilingual (English/Czech) text by the art historian Otto M. Urban summarizes the development of Witkin's life and work.

Bence Mate
Nationality: Hungary
Born: 1985
A wildlife photographer, born in Hungary, 1985. In 2010 he won the prestigious BBC Wildlife Photography of the Year award in London. He is the most effective photographer in the 53-year-old history of the competition, being the only contestant winning the first prize in both the young and adult categories.

In 2005 he experimented the one-way glass photography technique, making fundamental changes in hide photography practice. This technique has been widely used (…)
All About Bence Mate

Edward Steichen
Nationality: United States
Born: 1879 - Died: 1973
Edward Steichen (1879 - 1973) was born in Luxembourg, but immigrated to the United States, to Milwaukee, in 1880. In 1894, Steichen began a four-year lithography apprenticeship with the American Fine Art Company of Milwaukee. After hours, he would sketch and draw, and began to teach himself to paint. Having come across a camera shop near to his work, he bought his first camera, a secondhand Kodak box "detective" camera, in 1895.

In 1900, as Steichen headed (…)
All About Edward Steichen

Philip Metcalf
Nationality: United States
Philip Metcalf was born in the Finger Lakes area of central New York State. He is a photographer who focuses mainly on the landscape, shooting in black & white infrared. The “Fire Ghosts” portfolio explores the devastation and unexpected beauty caused by the 2011 Las Conchas forest fire in New Mexico. In 2013, a photo from this portfolio was selected for the Art of Photography show, curated by Julia Dolan, the Curator of Photography at the Portland Art Museum and hung in (…)
All About Philip Metcalf

Man Ray
Nationality: United States
Born: 1890 - Died: 1976
Born in Philadelphia, Emmanuel Radnitsky grew up in New Jersey and became a commercial artist in New York in the 1910s. He began to sign his name Man Ray in 1912, although his family did not change its surname to Ray until the 1920s. He initially taught himself photography in order to reproduce his own works of art, which included paintings and mixed media. In 1921 he moved to Paris and set up a photography studio to support himself. There he began to make photograms, (…)
All About Man Ray

Michael Kenna
Nationality: United Kingdom
Born: 1953
Michael Kenna was born in Widnes, England in 1953. As one of 6 children born to a working class Irish-Catholic family, he initially aspired to enter the priesthood but his passion for the arts led him to The Banbury School of Art where he studied painting and then photography. Later he attended The London College of Printing and began working as a photographer and artist. He moved to San Francisco in 1977 where he was astounded by the number of galleries the city (…)
All About Michael Kenna

Christophe Jacrot
Nationality: France
Born: 1960
In my opinion, there are two ways of capturing the world for a photographer; on the one hand grasping its horror, and on the other sublimating it. I have chosen the second. More specifically, I like the way rain, snow and “bad weather” awaken a feeling of romantic fiction within me, mainly in the big cities. (climatic excesses are another topic). I see these elements as a fabulous ground for photography, an under-used visual universe with a strong evocative power, and with a (…)
All About Christophe Jacrot

Melissa Lazuka
Nationality: United States
Born: 1977
I am an artist and mother living in rural Ohio with my three teenage sons, 8 year old daughter, and husband. I always thought I would be a writer and studied English Literature at Ohio State University, but at the age of 30 I discovered the art of photography when my husband gifted me a camera. My earliest inspiration came from literature and my work has been described as "emotional, full of stories, and feminine." I am also inspired by the simple beauty of nature which is (…)
All About Melissa Lazuka