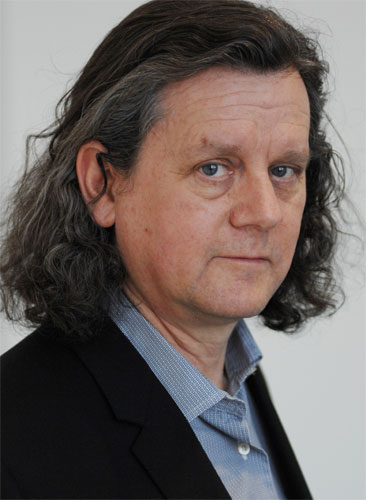 © Cea, Artist Jeff Wall in April 18, 2009
Country: Canada | Born: 1946
Jeffrey "Jeff" Wall, OC, RSA is a Canadian artist best known for his large-scale back-lit cibachrome photographs and art history writing. Wall has been a key figure in Vancouver's art scene since the early-1970s. Early in his career, he helped define the Vancouver School and he has published essays on the work of his colleagues and fellow Vancouverites Rodney Graham, Ken Lum and Ian Wallace. His photographic tableaux often take Vancouver's mixture of natural beauty, urban decay and postmodern and industrial featurelessness as their backdrop.
Wall received his MA from the University of British Columbia in 1970, with a thesis titled, Berlin Dada and the Notion of Context. That same year, Wall stopped making art. With his wife, Jeannette, a native of England whom he had met as a student in Vancouver, and their two young sons, he moved to London to do postgraduate work at the Courtauld Institute from 1970–73, where he studied with Manet expert T.J. Clark. Wall was assistant professor at the Nova Scotia College of Art and Design (1974–75), associate professor at Simon Fraser University (1976–87), taught for many years at the University of British Columbia and lectured at European Graduate School. He has published essays on Dan Graham, Rodney Graham, Roy Arden, Ken Lum, Stephan Balkenhol, On Kawara, and other contemporary artists.
In 2002, Wall was awarded the Hasselblad Award. In 2006, he was made a Fellow of the Royal Society of Canada. Jeff Wall was named an Officer of the Order of Canada in December 2007. In March 2008, Wall was awarded the Audain Prize for Lifetime Achievement, British Columbia's annual award for the visual arts. 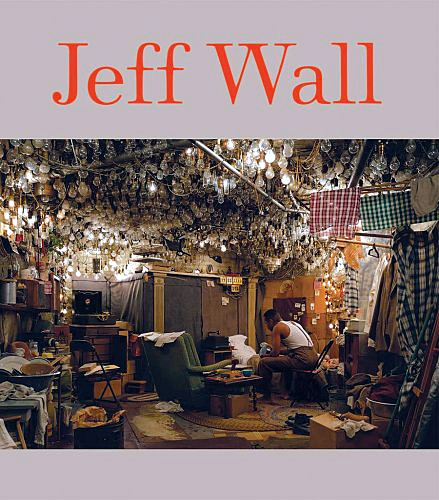 Jeff Wall
Author: James Rondeau, Peter Galassi
Publisher: The Museum of Modern Art
Year: 2007 - Pages: 168
Over the past three decades, Vancouver artist Jeff Wall's large color transparencies have won international acclaim. Wall has created a unique, seductive and complex pictorial universe by drawing upon philosophy, literature, nineteenth-century painting, Neo-Realist cinema and the traditions of both Conceptual art and documentary photography. Organized by The Museum of Modern Art, New York, and the San Francisco Museum of Modern Art, Wall's 2007 American traveling retrospective will include all of the artist's major works to date. In addition to color plates and illuminating details, the exhibition catalogue includes an essay by Peter Galassi that explores the full range of Wall's artistic and intellectual interests and offers fresh perspectives on one of the most adventurous creative achievements of our time. The essay is followed by an interview with the artist by James Rondeau, Curator of Modern and Contemporary Art at the Art Institute of Chicago, where the exhibition will be on view during the Summer of 2007.

Mark Tuschman
Nationality: United States
Over the years I have become more motivated to use my photography to communicate in a more socially conscious way—in a way that exposes people to both the degree of human suffering that exists in today’s world and to the courage and fortitude that people manifest to overcome it. In my travels I can easily imagine that I could have been born into completely different circumstances and my worldview would have been radically different, having been influenced by a completely, (…)
All About Mark Tuschman

Seydou Keďta
Nationality: Mali
Born: 1921 - Died: 2001
The great African portraitist Seydou Keďta lived in Bamako, Mali from 1921 to 2001. A self-taught photographer, he opened a studio in 1948 and specialized in portraiture. Seydou Keďta soon photographed all of Bamako and his portraits gained a reputation for excellence throughout West Africa. His numerous clients were drawn by the quality of his photos and his great sense of aesthetics. Many were young men, dressed in European style clothing. Some customers brought in items (…)
All About Seydou Keďta

Elliott Erwitt
Nationality: France
Born: 1928
Born in Paris in 1928 to Russian parents, Erwitt spent his childhood in Milan, then emigrated to the US, via France, with his family in 1939. As a teenager living in Hollywood, he developed an interest in photography and worked in a commercial darkroom before experimenting with photography at Los Angeles City College. In 1948 he moved to New York and exchanged janitorial work for film classes at the New School for Social Research.

Erwitt traveled in France (…)
All About Elliott Erwitt

Trevor Messersmith
Nationality: United States
Born: 1971
Trevor Messersmith is an award-winning photographer and graphic designer based in New York's Hudson Valley. Trevor provides creative direction to a wide variety of online and print projects through 80east Design, a studio he started in 2002. Among other venues, Trevor's artwork has been exhibited at the California Museum of Photography, the Florida Museum of Photographic Arts, the Los Angeles Center for Digital Art, the Morean Arts Center, the Orange County Center for (…)
All About Trevor Messersmith

Mariëtte Aernoudts
Nationality: Netherlands
Born: 1956
My name is Mariëtte Aernoudts and since 9 years I am a self thought photographer/ imagemaker. Most of my portraits are from children or young people and always in colour. I work very intuitive and during a shoot my ideas are becoming unstoppable. Except my portraits I create my own imaginary world using my storytelling images. I try to soften the realistic life. I am always looking for renewal, with my own feelings which I want to connect in my photos.

I (…)
All About Mariëtte Aernoudts

Fabio M. Roque
Nationality: Portugal
Born: 1985
Fábio M. Roque (b. 1985) is a photographer born and based in Lisbon, Portugal. He studied photography at I.P.F. (Portuguese Institute of Photography), Lisbon between 2004 and 2007, later He then attended the workshop of History of Photography Contemporary at Ar.Co., Lisbon 2010. Worked in two newspapers, both now extinct. His work is mainly on documentary photography; more recently discovered is passion for a more personal kind of photography. Has already made several solo (…)
All About Fabio M. Roque

Marna Clarke
Nationality: United States
A black and white Kodak advertisement caught my attention. The simple image of a cityscape with a teenage boy leaning against a wall plastered with faded, torn posters portrayed an honest and oddly poignant moment.

It was 1972. I was living in New York City, married with two small sons. Inspired by the ad, I started carrying a point and shoot camera and capturing whatever struck me as memorable or unsettling. I soon bought a 35mm SLR camera and began educating myself (…)
All About Marna Clarke

Katharine Cooper
Nationality: South Africa
Born: 1978
Katharine Cooper, born 1978 in Grahamstown, in South Africa's Eastern Cape, moved at a young age to Zimbabwe, where she completed her schooling. In 1998, she moved to the United Kingdom to pursue her studies in photography, before finally landing at the Arles national school of photography, from which she graduated with honours in 2004, notably for her film "Family Archive". Katharine worked as in-house printer to photographer Lucien Clergue, in his Arles-based atelier, from (…)
All About Katharine Cooper