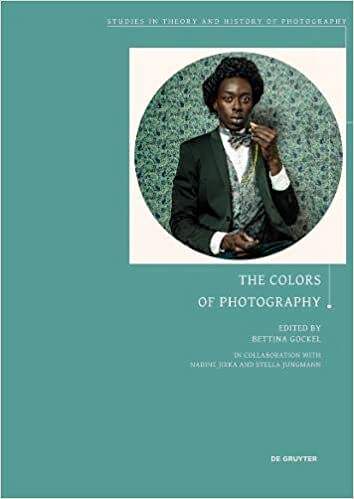 Bettina Gockel: The Colors of Photography
By Bettina Gockel
Publisher : De Gruyter
2020 | 152 pages
The Colors of Photography aims to provide a deeper understanding of what color is in the field of photography. Until today, color photography has marked the "here and now," while black and white photographs have been linked to our image of history and have formed our collective memory. However, such general dichotomies start to crumble when considering the aesthetic, cultural, and political complexity of color in photography. 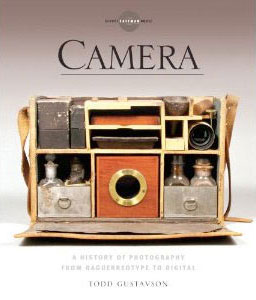 Camera: A History of Photography from Daguerreotype to Digital
By Todd Gustavson, George Eastman House
Publisher : Sterling Signature
2012 | 368 pages
This gorgeous cornerstone volume celebrating the camera and the art of the photograph, created in collaboration with the George Eastman House, spans almost 200 years, from the first faint image ever caught to today's state-of-the-art digital equipment. The informative narrative by Todd Gustavson--including insightful essays by Steve Sasson (inventor of the digital camera) and Alexis Gerard (visionary founder of Future Image Inc.)--traces the camera's development, the lives of its inventors, and the artists behind the lens. Images of more than 350 cameras from the George Eastman House Collection, plus historic photos, ads, and drawings, complement the text. 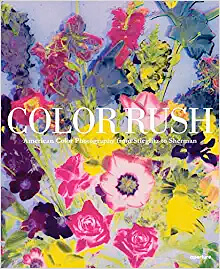 Color Rush: American Color Photography from Stieglitz to Sherman
By Lisa Hostetler and Katherine Bussard
Publisher : Aperture
2013 | 288 pages
Today color photography is so ubiquitous that it's hard to believe there was a time when this was not the case. Color Rush explores the developments that led us to this point, looking at the way color photographs circulated and appeared at the time of their making. From magazine pages to gallery walls, from advertisements to photojournalism, Color Rush charts the history of color photography in the United States from the moment it became available as a mass medium to the moment when it no longer seemed an unusual choice for artists. The book begins with the 1907 unveiling of autochrome, the first commercially available color process, and continues up through the 1981 landmark survey show and book, The New Color Photography, which hailed the widespread acceptance of color photography in contemporary art. In the intervening years, color photography captured the popular imagination through its visibility in magazines like Life and Vogue, as well as through its accessibility in the marketplace thanks to companies like Kodak. Often in photo histories, color is presented as having arrived fully formed in the 1970s; this book reveals a deeper story and uncovers connections in both artistic and commercial practices. A comprehensive chronology and examples of significant moments and movements mark the increasing visibility of color photography. Color Rush brings together photographers and artists such as Ansel Adams, Harry Callahan, William Christenberry, William Eggleston, Walker Evans, Nan Goldin, Saul Leiter, Helen Levitt, Philip-Lorca diCorcia, László Moholy-Nagy, Irving Penn, Eliot Porter, Cindy Sherman, Stephen Shore, Laurie Simmons, Edward Steichen, Joel Sternfeld, Edward Weston and many others, and examines them in a fresh context paying particular attention to color photography's translation onto the printed page. In doing so, it traces a new history that more fully accounts for color's pervasive presence today. 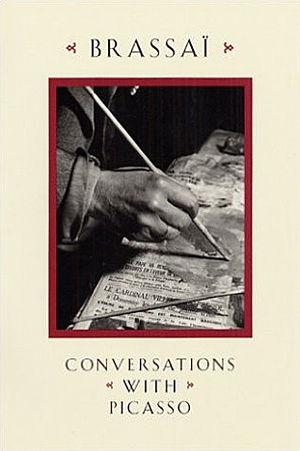 Conversations with Picasso
By George Brassaï
Publisher : University of Chicago Press
2002 | 412 pages
"Read this book if you want to understand me."--Pablo Picasso

Conversations with Picasso offers a remarkable vision of both Picasso and the entire artistic and intellectual milieu of wartime Paris, a vision provided by the gifted photographer and prolific author who spent the early portion of the 1940s photographing Picasso's work. Brassaï carefully and affectionately records each of his meetings and appointments with the great artist, building along the way a work of remarkable depth, intimate perspective, and great importance to anyone who truly wishes to understand Picasso and his world.

All About George Brassaï 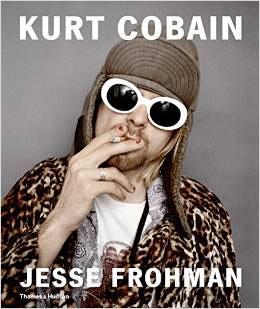 Kurt Cobain: The Last Session
By Jesse Frohman
Publisher : Thames & Hudson
2014 | 144 pages
n August 1993, when Nirvana was in New York to perform at the legendary Roseland Ballroom, Jesse Frohman photographed them for the London Observer’s Sunday magazine—the last formal photo shoot in which Cobain participated before he committed suicide on April 5th, 1994.
Over the course of ninety photographs, Cobain seems an almost feral creature, by turns gentle, playful, defiant, suffering, or absorbed in his music. There’s a diverse range of shots of Cobain with fellow band members Krist Novoselic and Dave Grohl and on his own, posing, performing, and greeting fans. Jon Savage’s original interview, which appeared with Frohman’s photographs in the Observer is also reproduced, giving us Cobain in his own words. The book is a touching tribute to Cobain twenty years after his tragic demise, and following Nirvana’s recent induction in to the Rock and Roll Hall of Fame. 90 illustrations, 25 in color 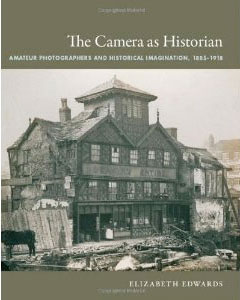 The Camera as Historian: Amateur Photographers and Historical Imagination, 1885-1918
By Elizabeth Edwards
Publisher : Duke University Press Books
2012 | 344 pages
In the late nineteenth century and early twentieth, hundreds of amateur photographers took part in the photographic survey movement in England. They sought to record the material remains of the English past so that it might be preserved for future generations. In The Camera as Historian, the groundbreaking historical and visual anthropologist Elizabeth Edwards works with an archive of nearly 55,000 photographs taken by 1,000 photographers, mostly unknown until now. She approaches the survey movement and its social and material practices ethnographically. Considering how the amateur photographers understood the value of their project, Edwards links the surveys to concepts of leisure, understandings of the local and the national, and the rise of popular photography. Her examination of how the photographers negotiated between scientific objectivity and aesthetic responses to the past leads her to argue that the survey movement was as concerned with the conditions of its own modernity and the creation of an archive for an anticipated future as it was nostalgic about the imagined past. Including more than 120 vibrant images, The Camera as Historian offers new perspectives on the forces that shaped Victorian and Edwardian Britain, as well as on contemporary debates about cultural identity, nationality, empire, material practices, and art.

Publication
Rohina Hoffman: Embrace
Isolated in the confinement of her Los Angeles home during the covid lockdown, Indian-born American artist Rohina Hoffman takes us on a metaphorical journey connecting her roots to food through the rituals of daily meals. In Embrace, Rohina combines two photographic projects.
Read More

Publication
The Society of Ambienceurs and Elegant People by Per-Anders Pettersson
Being a Sapeur is more than a way of dressing, more than a hobby and more than a means of earning money and respect. It’s a prestigious brotherhood with its own moral and social codes and ultimately it is a way of life and survival. Many use it as an escape to forget daily problems and hardships, explaining that the dressing up and parading in the streets makes them feel important, allowing them to forget about their daily struggles in a chaotic Kinshasa, Democratic Republic of the Congo. While they are often treated as next-door celebrities, their embodied art form brings them both a touch of glamour and a reprieve from the humble, bleak, and even destitute neighbourhoods that they have spent their entire lives in.
Read More

Best-Of
Publication
Best Photo Books of 2022
Here is a selection of photo books that, in my opinion, should be in your library! It is of course a very subjective choice and if I could, I would have chosen at least 50 of them. This collection will help you to draft your 'wish list' or to find the perfect gift for someone who enjoys photography. Happy Holidays!
Read More