I Am Always Here by Tom McGahan 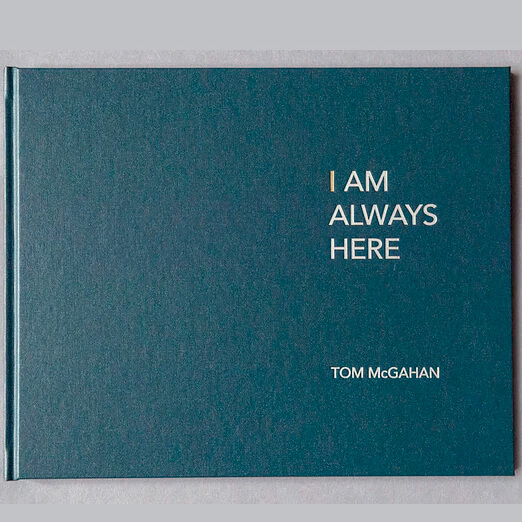 I've walked the banks of this river for as long as I can remember, looking for something, looking for nothing, looking for her. This landscape forever changing with every tide, never knowing what it may bring, muddy salty paths never really going anywhere, no destination, no arriving, walk some and maybe more turn back towards home, refreshed, windswept, sun kissed, sore feet, dry mouth, made an image or two, sometimes none.

The Romans came here, Saint Cedd came converting the local's to Christianity from their Pagan ways, and Vikings in their Longships battled here spilling blood of the local Saxons inhabitants, the local Earl Brythnoth lost his head and like many tales of defeat it became a battle cry of the underdog.

My parents came here in 1971, they both came from Ireland, Mother from County Wexford and my Father from County Tyrone in the North. Like many before them looking for a different life, Mum was a nurse and Dad a ground worker. Not long after my sister Theresa was born and then I came along in '73 and my younger sister Mary Louise in '79, you could say we were a typical Irish family, Convent educated, mass on Sundays and to the pub after, we played here, cried here and made our stories. We too were underdogs. 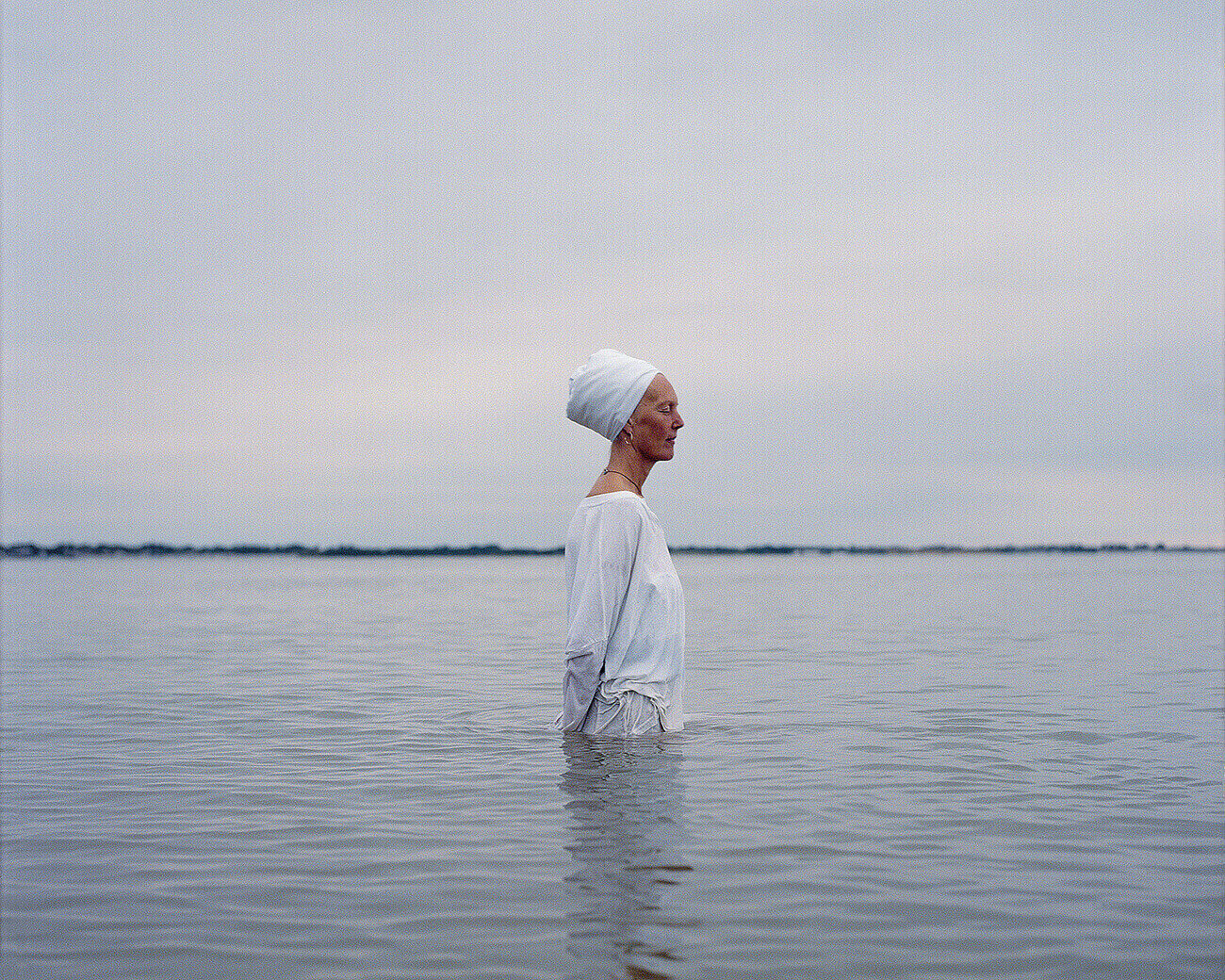 On my walks along the banks of the Blackwater Estuary I would often meet other solitary walkers, this landscape with its big Essex sky has a very meditative quality, almost featureless it encourage you to look within, I'm sure like me much soul searching has been done while trudging along the sea wall, down past Northey Island to Southey Creek, or on the North bank around from Heybridge Basin to Goldhanger, or Old Hall Marsh and up to Salcott Cum Virley, and the Blackwater Estuary Reserve, it's a place where you can get away from it all and walk for hours without seeing a soul, left to your own devices and the sounds of Oyster Catchers and the rush from a Lapwing murmation.

In 2001 my Mother was diagnosed with type 3 breast cancer; It was a deep shock to us all. I was living at home after returning from a stint of working on cruise ships, so naturally I stayed with her during those two and a half long years of treatment and remission and further treatments. Sadly, mum lost her battle with cancer, like Earl Brythnoth on the banks of the Blackwater she fought hard but eventually succumbed to her deadly foe. It took its toll on the whole family, which I don't think we have ever really recovered from. 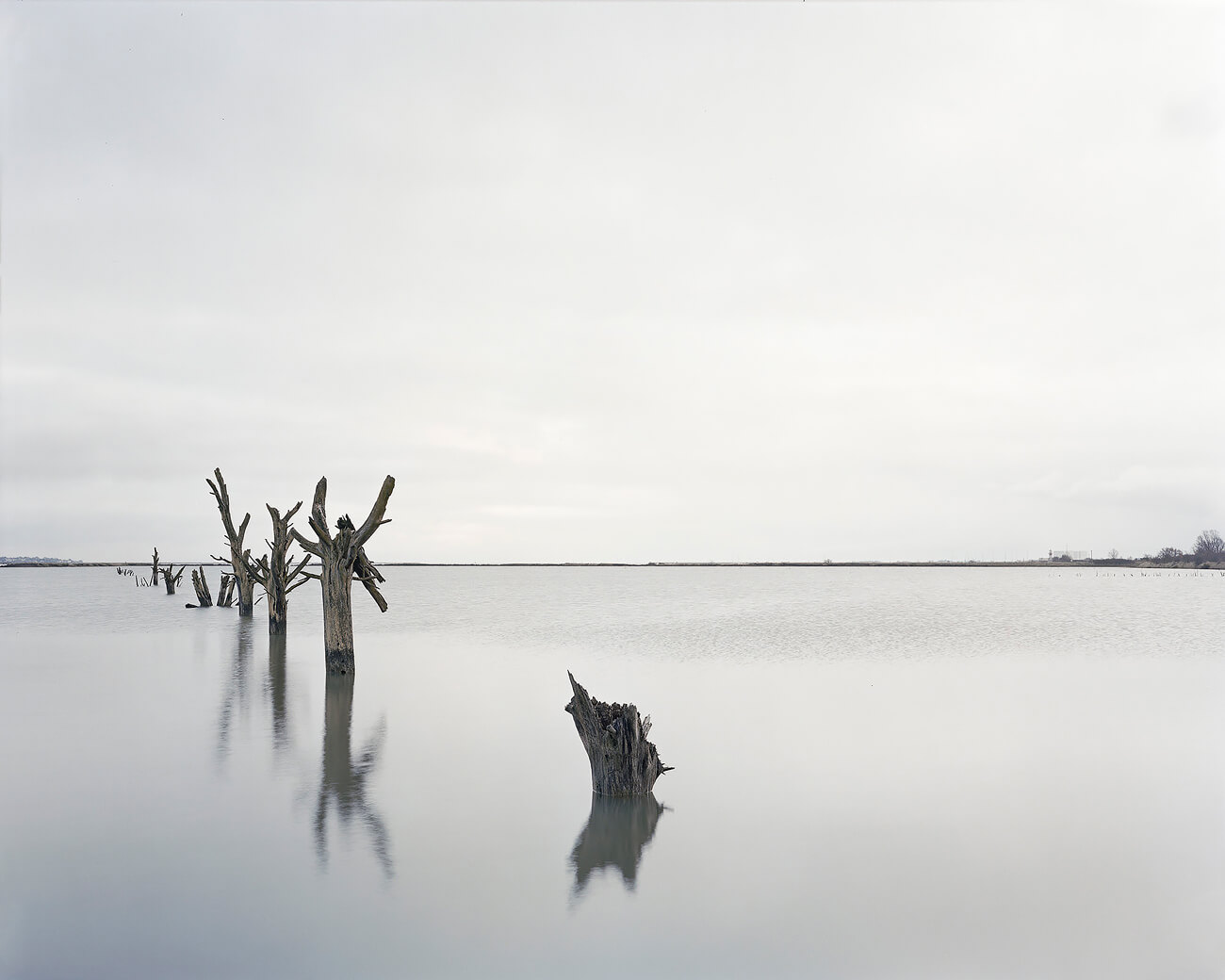 Mum held things together, she was kind and gentle, woman, great at listening and great at talking, she had a deep faith and was a devote Catholic although she didn't like people saying she was religious, I would have said she was a spiritual woman, one of my friends described her as a "Real Mum"

During that time of Mums treatments and eventual death, I frequently walked those salty paths usually accompanied by her wee Jack Russell, Snoop Doggy Dog, trying to come to terms with the great loss, it was my 'go to' place, my retreat.

I found something here, something that I had never really lost, a deep connection to everything, my consciousness spilling out from all of my senses touching everything it pervades. It came from nowhere, I wasn't looking or searching for answers, I was just walking and looking, nothing special, no sitting for hours in the lotus position no navel gazing, although I had done quite a lot of both of those activities. Christians call it seeing God in everything, Buddhist call it realising your true nature, I personally don't think you can put a label on it, it just is.

This landscape imprints itself onto your soul, and likewise we imprint ourselves onto it.

These images are based around the ideas of solitude, introspection and transcendence. 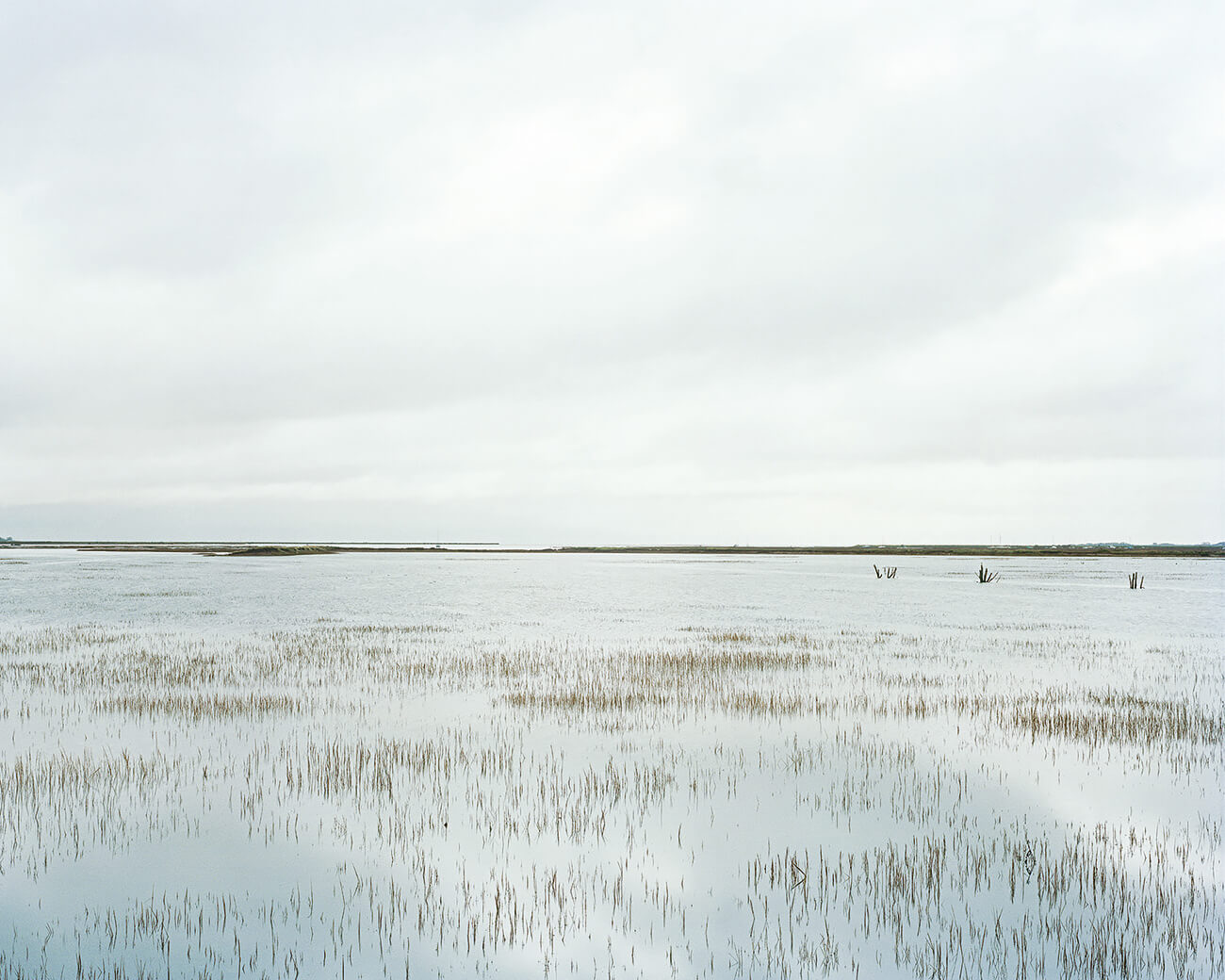 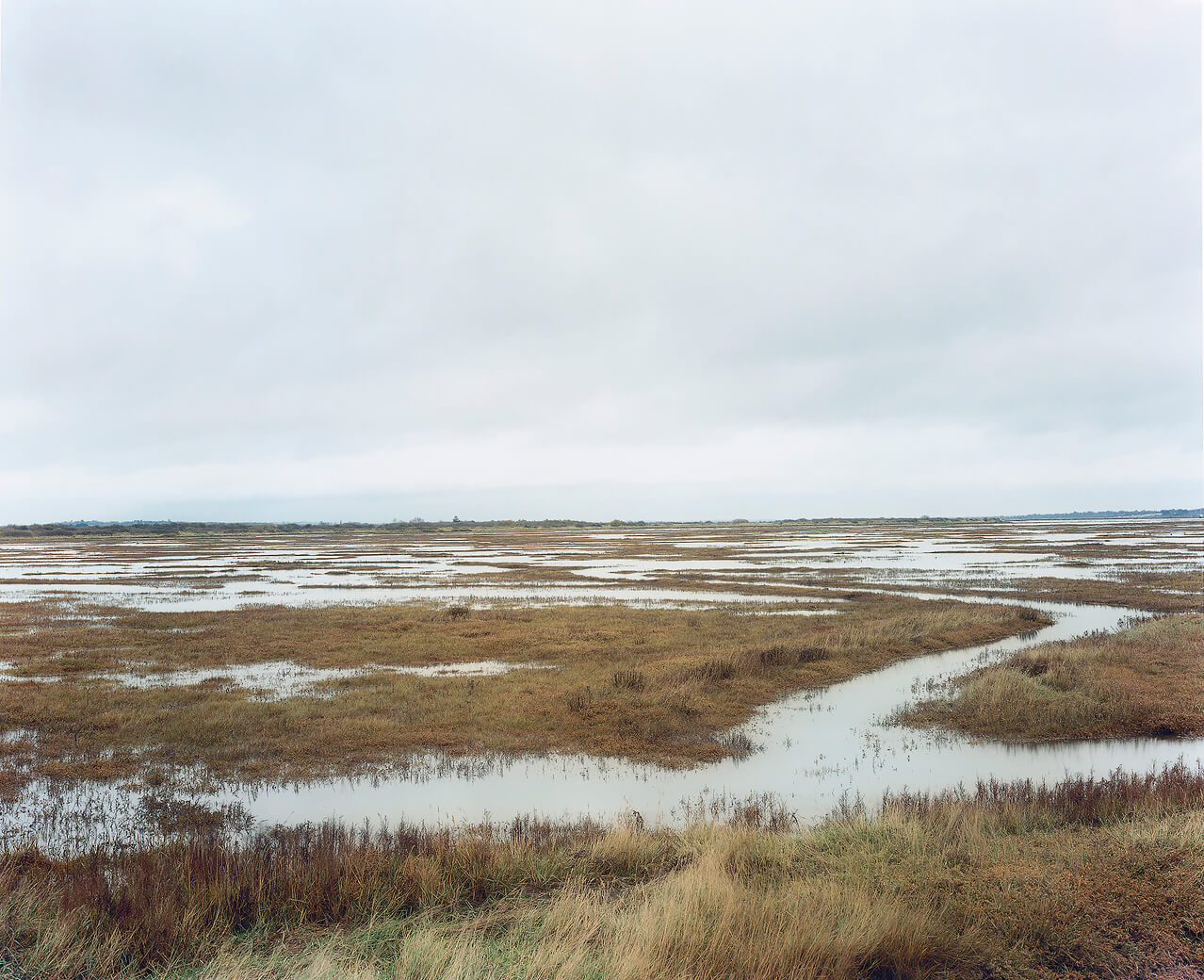 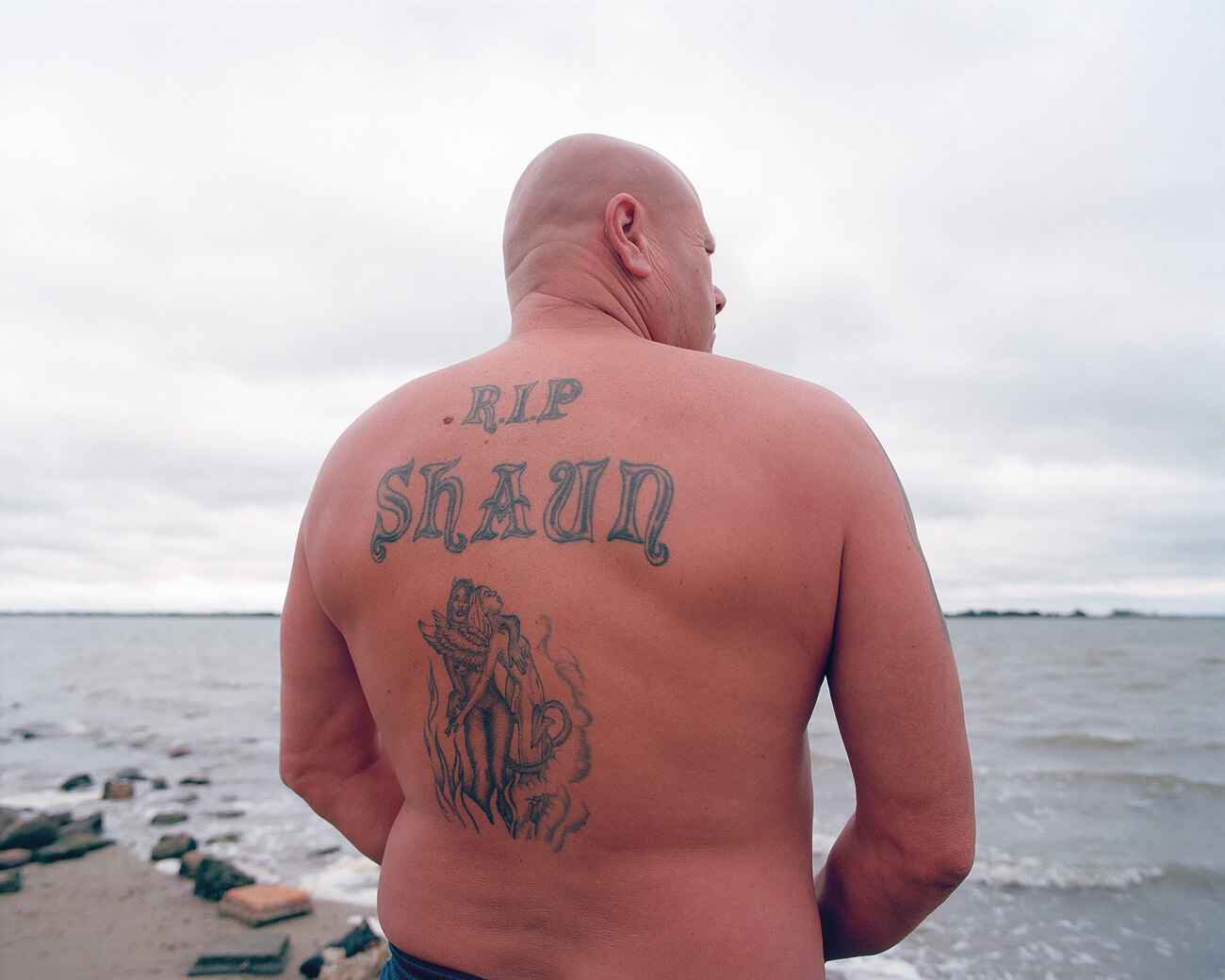 About Tom McGahan
Tom McGahan is an UK based photographer. McGahan's personal projects are based on our perception of places objects, the passing of time and our relationship with the land. His images aim to engage the viewer by challenging them to contemplate and reflect on their own sense of reality.

"I constantly engage myself in this process which is always evolving my personal understanding of my preconceived view of the places I choose to photograph.c

McGahan's images are created using natural light and with Medium and Large format film cameras. Staying present is always a part of the process of creating the his work which brings a more mindful and considered approach to the images.

His 'Take Refuge' was nominated as on of the top rated entries in the 2016 Magnum Awards. 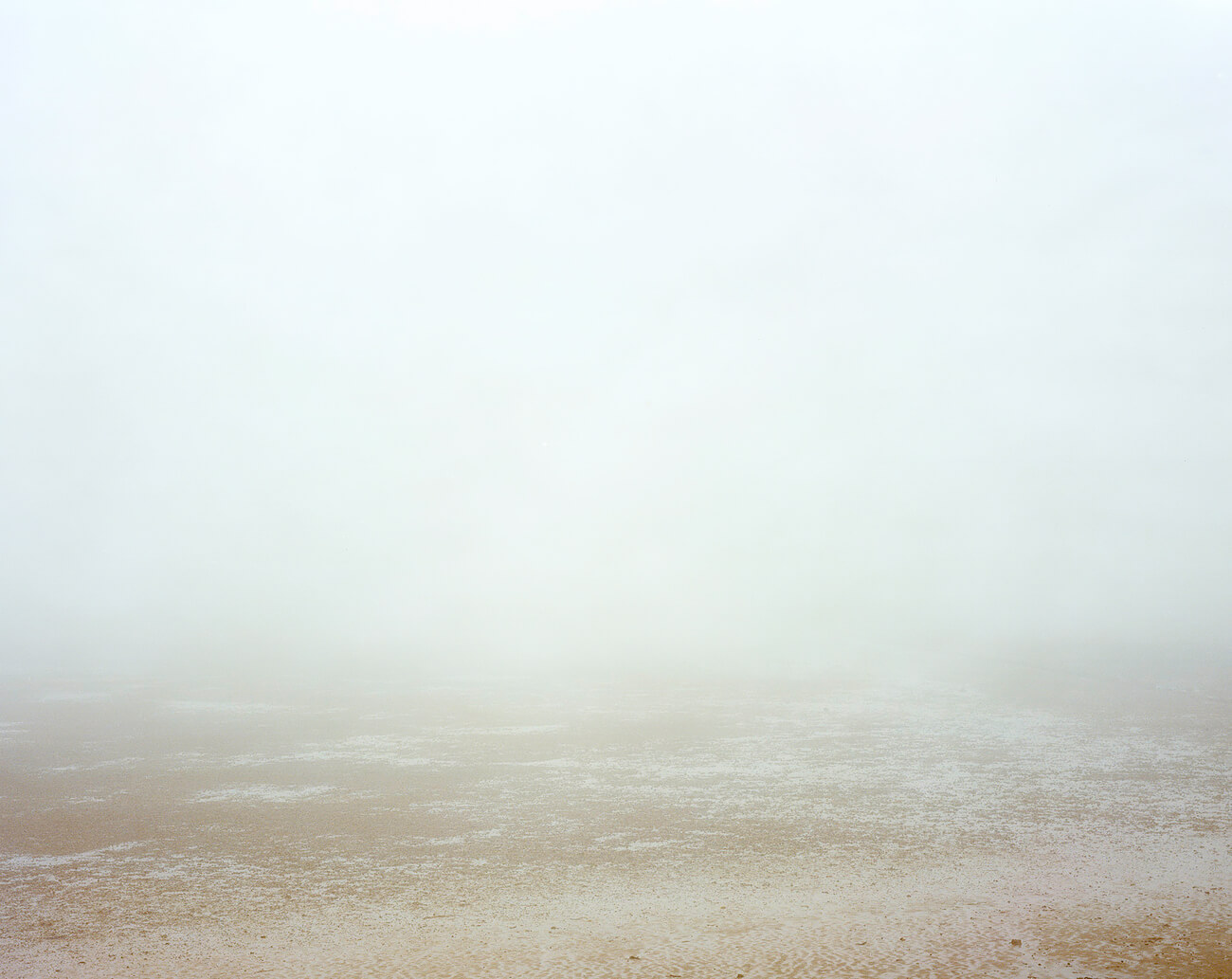 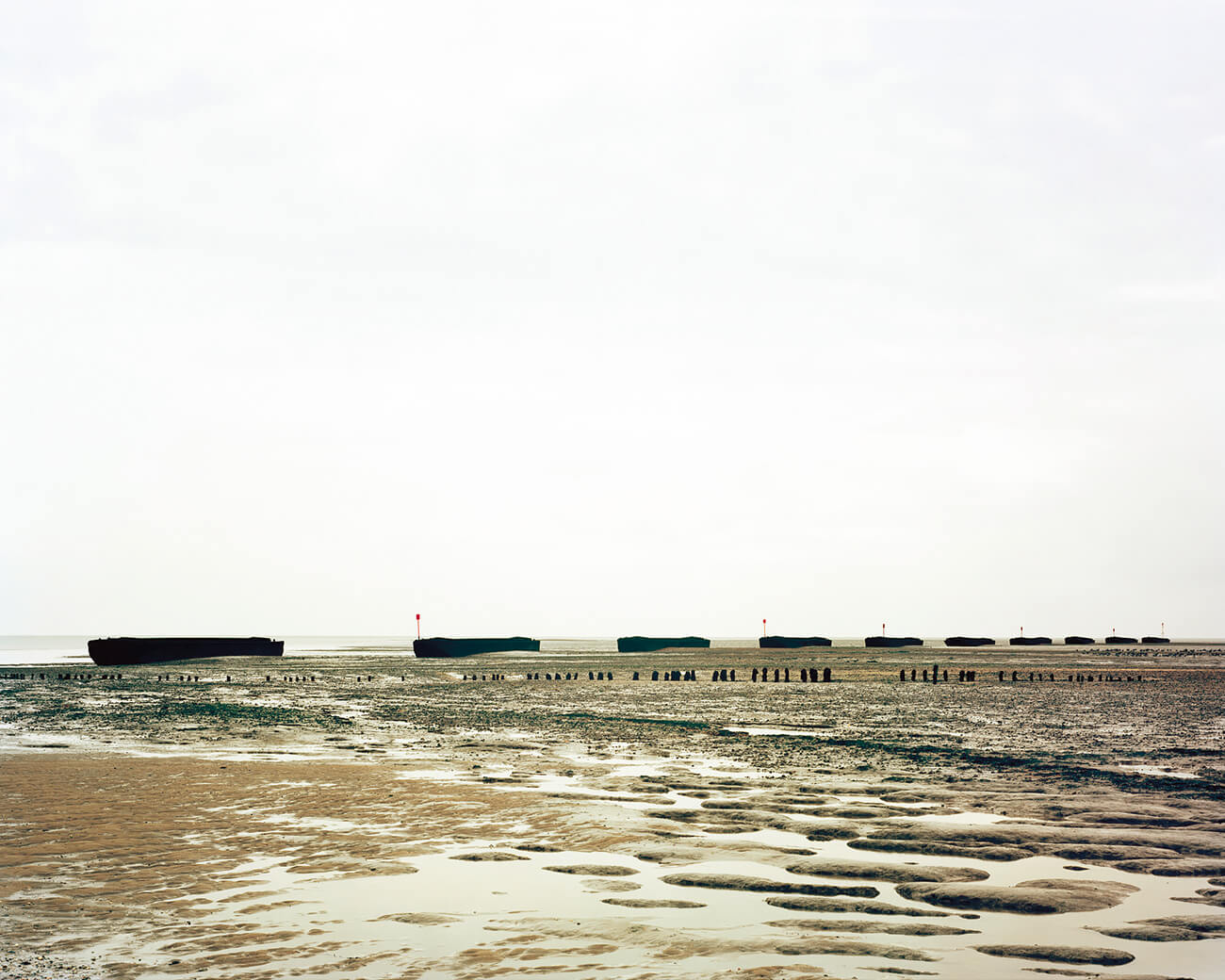 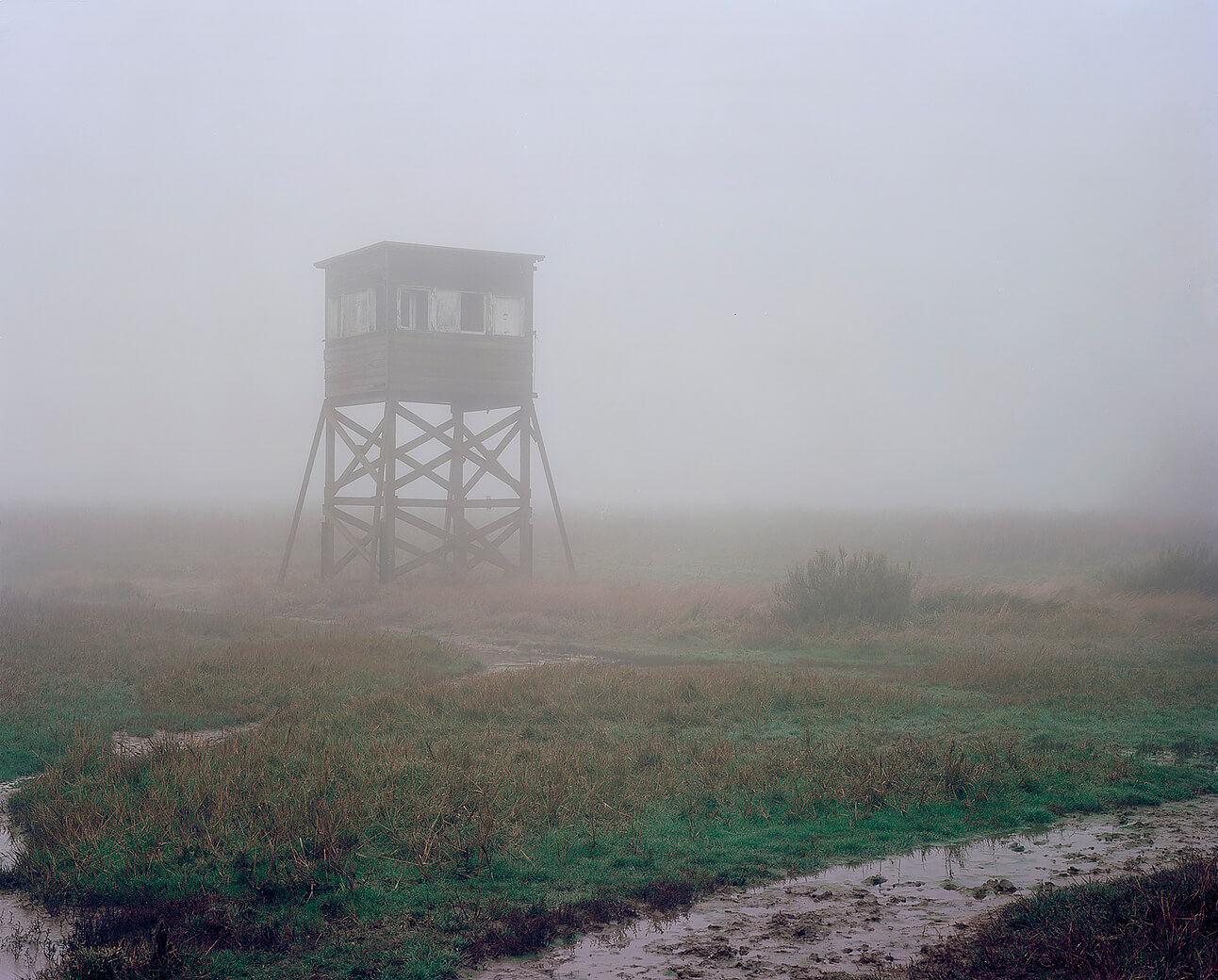 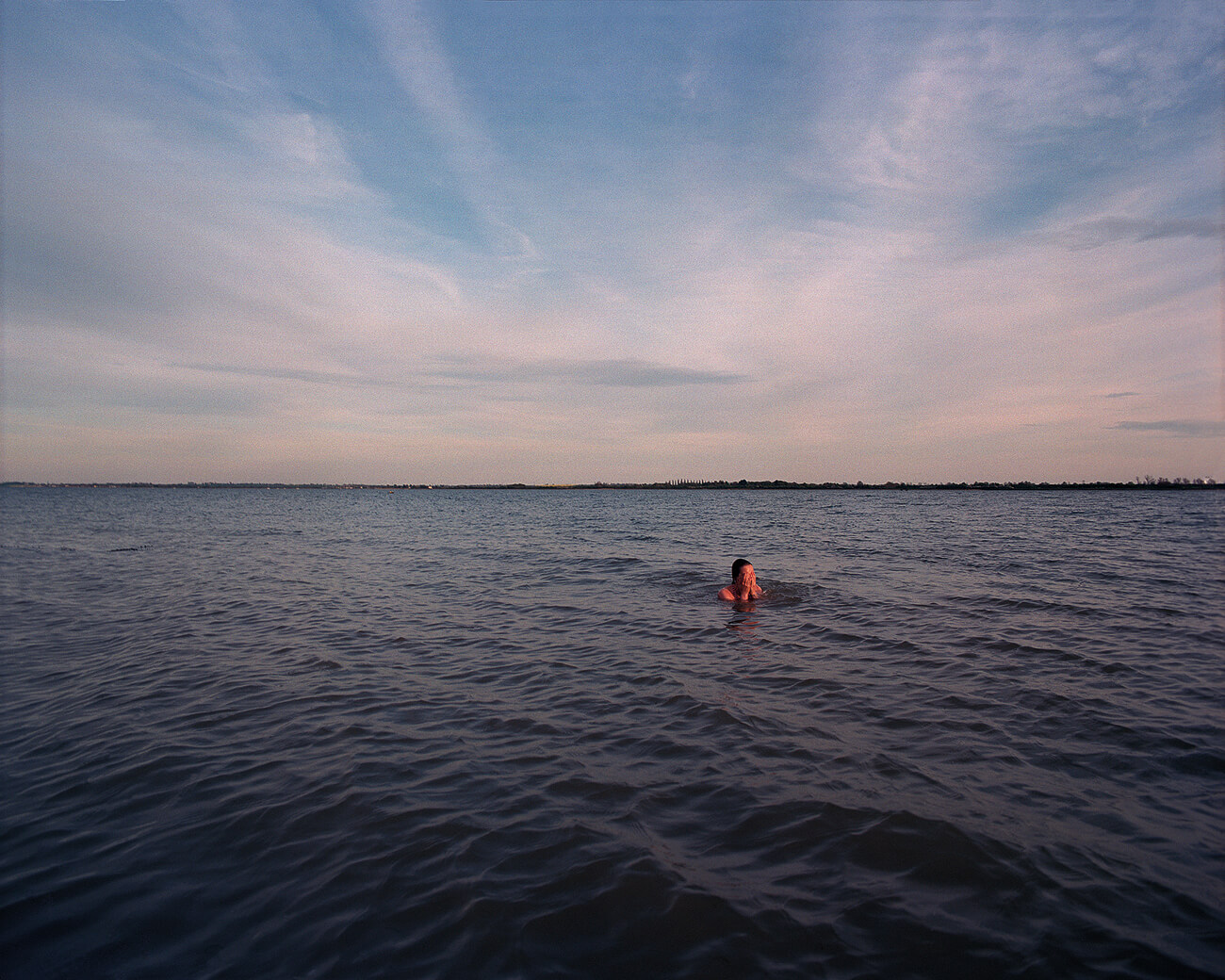 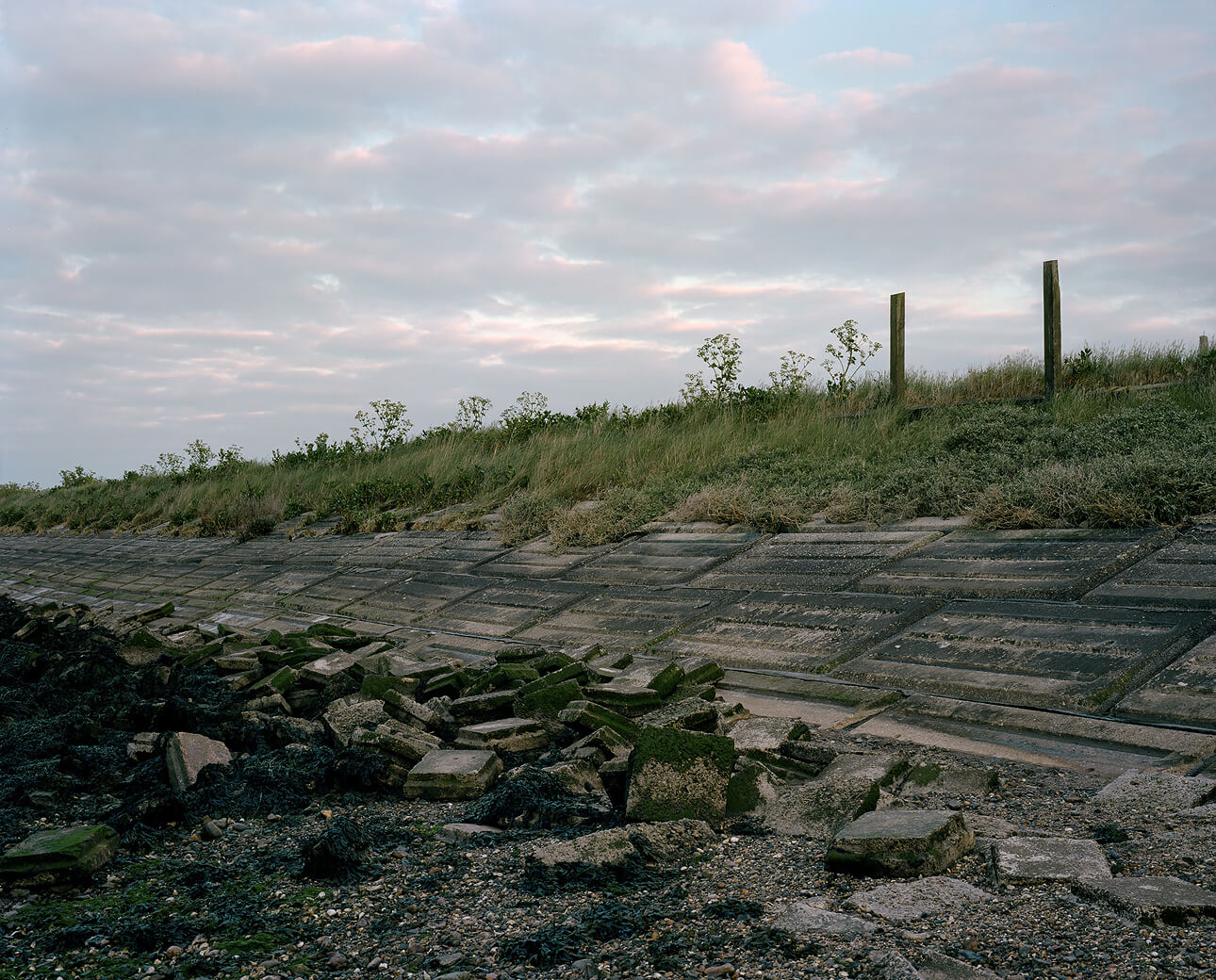 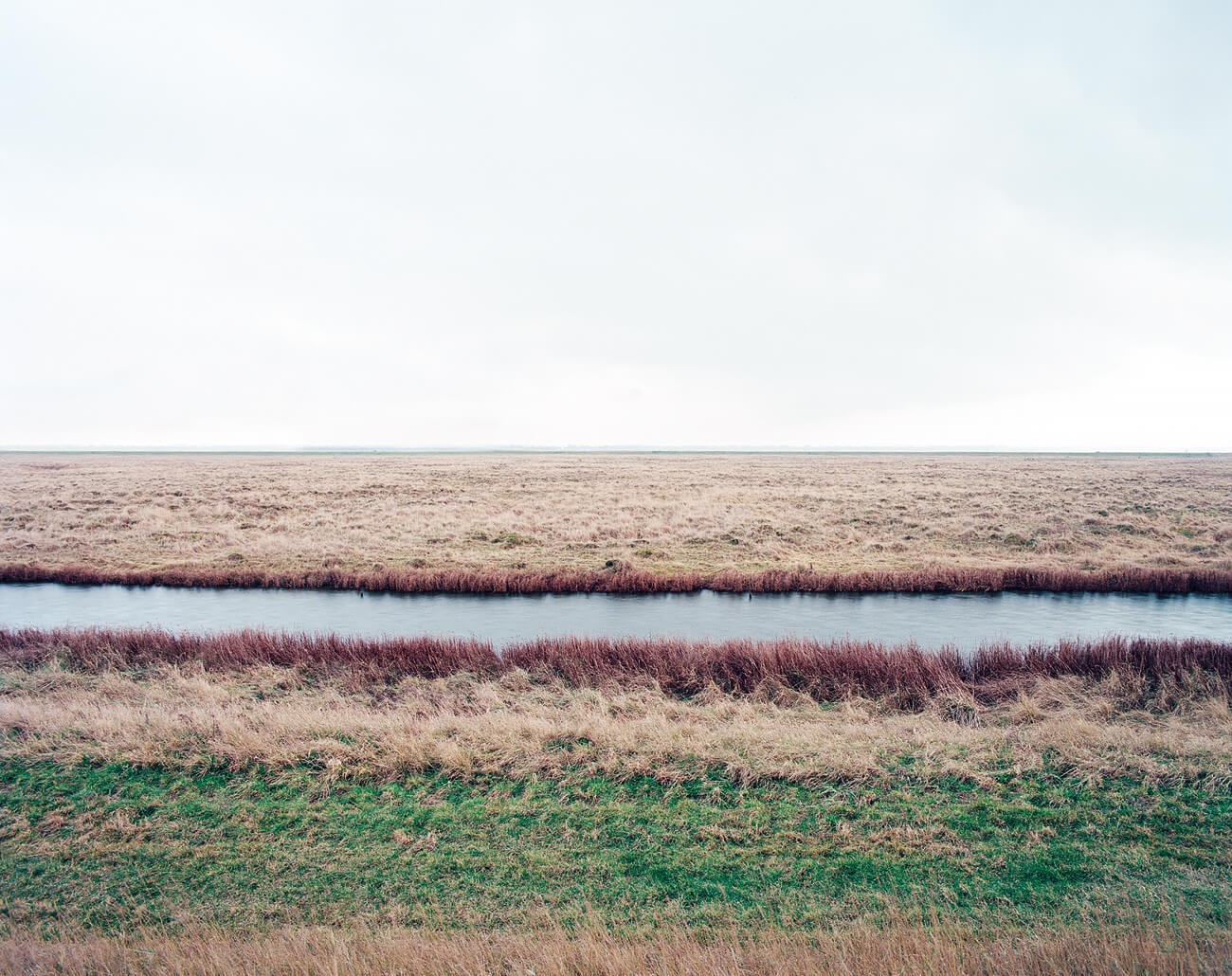