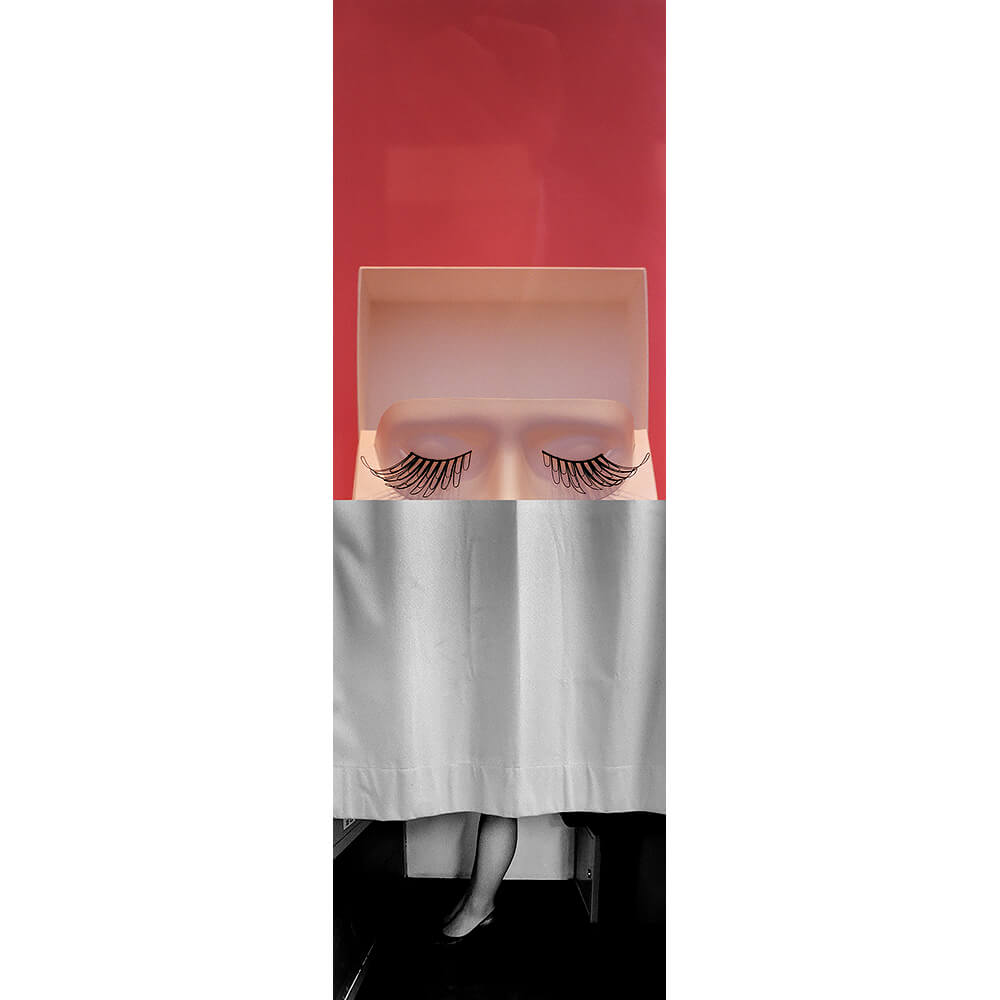 One of the most recognized photographers in Poland summarizes 29 years of photographing Japan in a form of large-scale spacial installations. Paradise 101 is the biggest non-retrospective photography exhibition in the East-Europe in 2021. - Ania Diduch

Wojtek Wieteska was in a state of travel for most of his life. Starting young as a 5 years old living in East Berlin next to the Berlin Wall. At 8 years old, he moved to Paris and stayed there on and off for 13 years. As a student he spend 2 years in USA. As a film school graduate, he went to Japan and has been revisiting it 6 more times for few months periods of time.

Analyzing 30 years of Wieteska's artistic work, it becomes clear that he transformed to his advantage the permanency of being in constant transfer. As an artist, he is always "present" in his photographs, but at the same time maintain an attitude of non-judgmental curiosity that makes a picture speak lauder that a record of reality. This is best presented in Japanese series. Even the earliest Wieteska's photographs from Japan are never based on a typical fascination of a foreign country. As Claude Lévi-Strauss smoothly stated in "The Other Face of the Moon", Japan is probably the only country in the world that mastered the ability to keep the balance between respecting the past and embracing the advantages of science and technology. Japanese identity is consistent because it was developed over years of isolation. At many points it is resistible to outside influences. That makes it the perfect laboratory for tracking the changes in digital image making of the last three decades and by extension, makes Paradise 101 a sum of postcards from the recent history of photography. 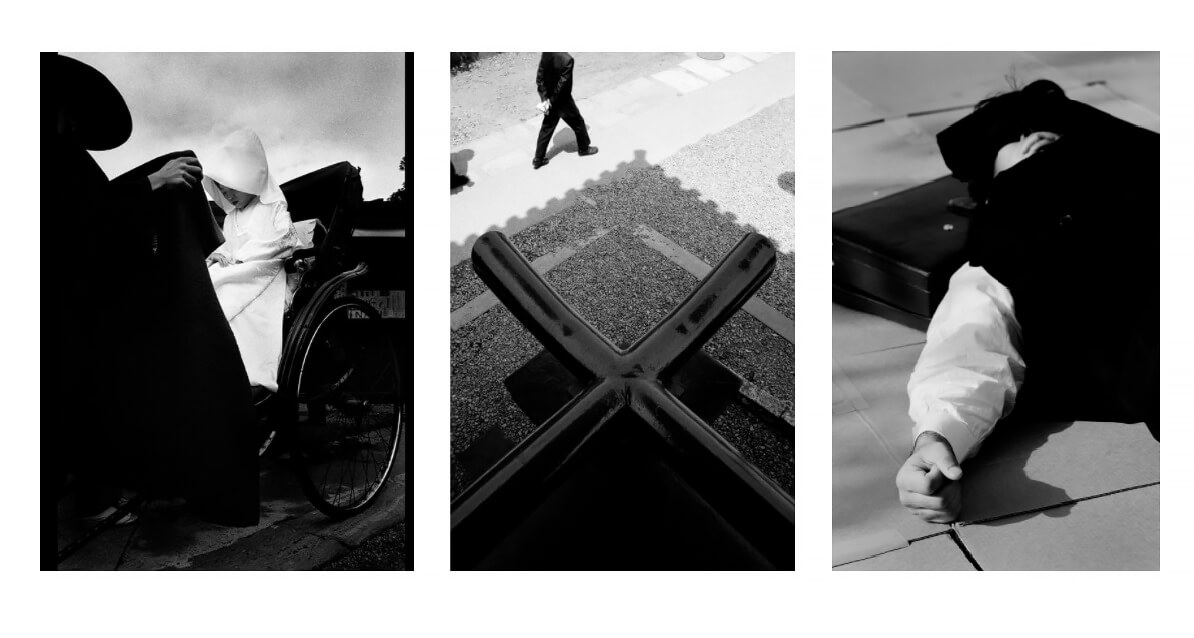 The numbers of the project are impressive: 29 years of photographing Japan, 555 photographs presented on the show, 410 meters of photography paper, 510 m2 of gallery space and last but not least, the large formats: 250x50 cm and 360x130 cm. Paradoxically, the amount of photographs at Paradise 101 gives a chance to appreciate single images, making the reading of the show a very intimate task. First part of the exhibition is presented in complete dark. The viewers are given flashlights and uncover black&white stripes of photographs made in the last decade of the XXth century. The second part of the exhibition - displaying works made in 2019 - is presented in full light. The photographs are printed on a glossy photosensitive base that blinks the surroundings and the viewers. 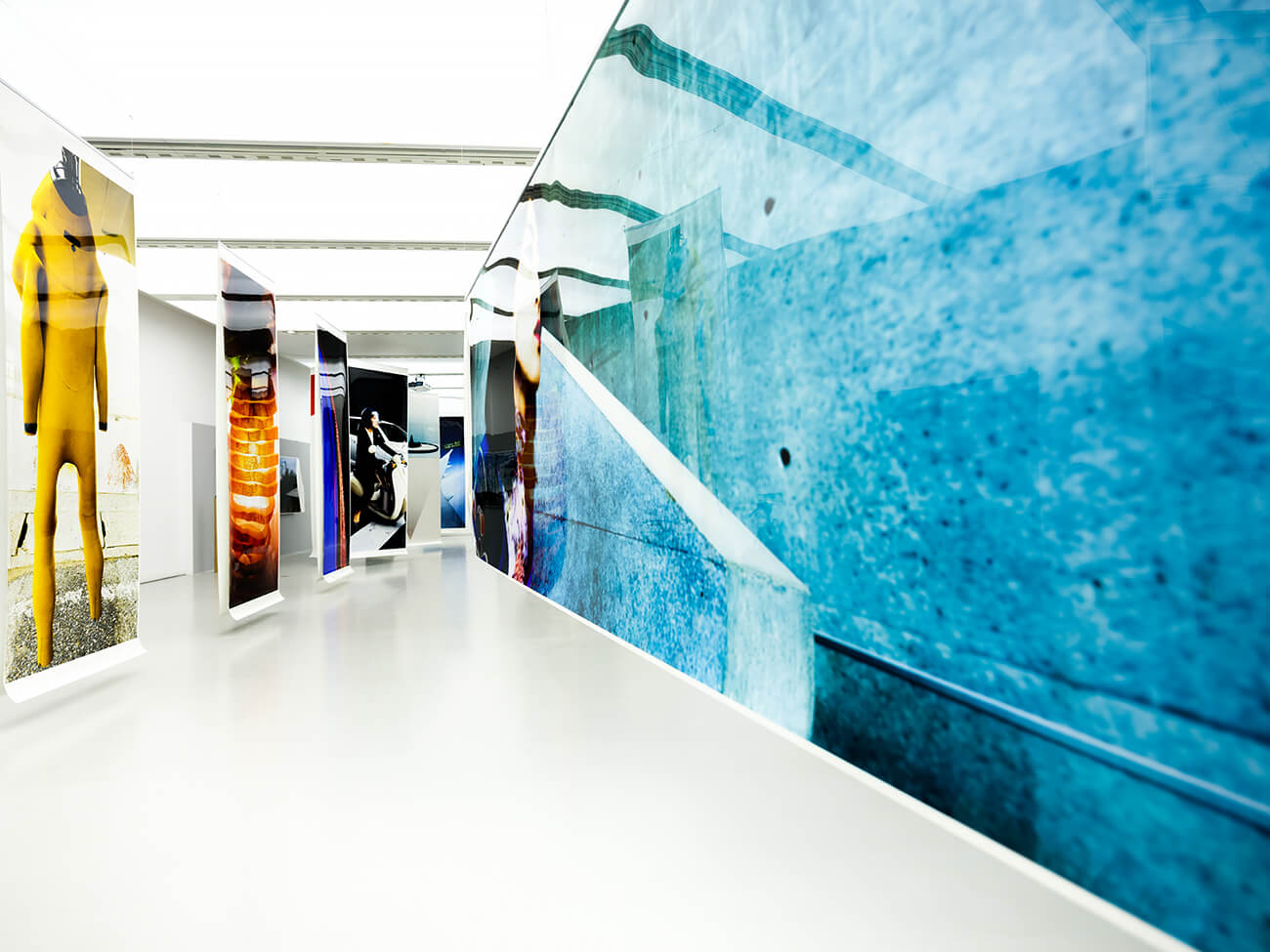 Studying the stories of photogenic motives from the analogue archive or the digital structures of large format prints triggers a state of trans. The viewer is forces to get lost in its own thoughts and become more aware of the force that is contemporary photography. The revolution of digital image recording started in the early 2000's. Images became new units of communication and their impact keeps on expanding. If we created pixels, then what does it says about us? And how our exposure to this new consistency is changing us, our perception and physical vision?

Japanese contradictory reality captured by Wojtek Wieteska in various of photographic conventions, releases the tension of such questions. In his newest photographs, nothing is like it is and everything is what it isn't: a glossy surface becomes an entry, a pattern reads into a landscape, a point of view questions the order of an insignificant scene. This collage seems strangely in harmony with defragmented reality of video conferences, remote working and social media communication. Perhaps the answers themselves are now less crucial than the recognition of the status quo of uncertainty and our relationship to it. On the other hand, topics from the black&white photographs from the negatives capture real scenes but with an unreal result: deserted Tokyo is inhabited by single figures and their gentle astonishment that someone is observing them and taking theirs pictures. In the catalogue of the first presentation of Japanese photographs in the year 2000, the artist noted: "In Japan, the ubiquitously visible encounter of the past with the future, creates a particularly distinct dichotomy, whereby one human being exists as two persons. When photographing such a reality I attempted to capture the tension existing between these two words". 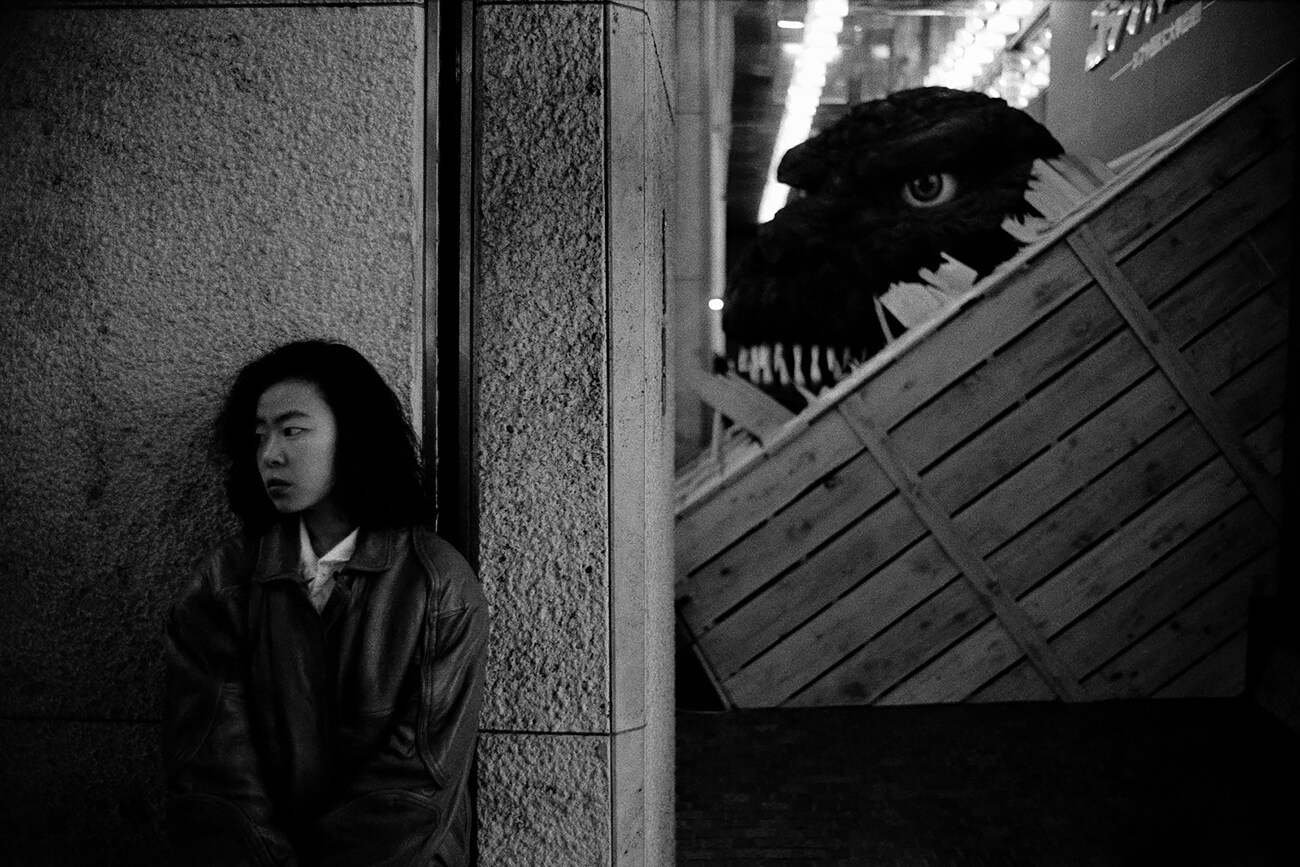 Ultimately, the history of photography is a part of a wider and ongoing history of images in general. Why shouldn't we experience this process consciously while it unfolds in front of us? And just like the basic anchor of meditation lies in focusing on a breath, the source of serenity of digital images comes from the physical world as well: the analogue base that is photography paper. "I believe in seeing my own work outside of the context of a monitor. Paper defines the final expression of my vision because it is a sensual matter" - says Wojtek Wieteska. Papier frames the perception and restores the sense of control for the artist and for the viewer. Paper mounts the shimmer of pixels so we can take a closer look at them.

As Paradise 101 proves, the pixels lust for being calm and still, too. Rested on a physical base, their expression enters a hybrid, true-Japanese-like, level.