Home Fires, Vol I: The Past by Bruce Haley 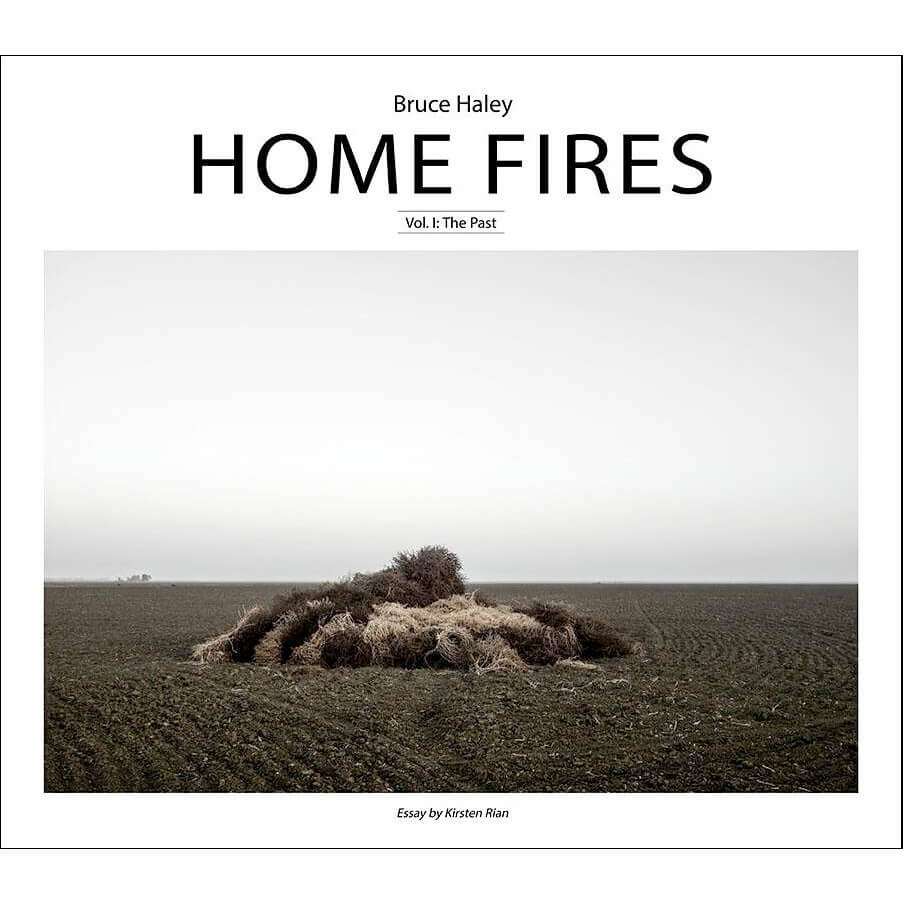 Home in its purest sense is a lot like a Haley photograph. In his images, there is no digital artifice - nothing added, nothing removed, no multiple exposure stacking or stitching, and no cropping. It is what it is. He either gets it with the press of the shutter, or he doesn't. That moment is there because he sees it and in seeing it, he holds it, and makes it last. Nothing lasts in this world, positively nothing - except the split-second truth of the moment we're in, when we're in it. Everything converges at that point, our memories and all the history holding us and the Earth. - Kirsten Rian, independent photography curator, university professor, and writer (from her essay in the book)

Bruce Haley spent his formative years on a small ranch in the southwestern portion of California's San Joaquin Valley, in an area between Lemoore and Riverdale known as the Island District. Not the sort of young man who was easily contained indoors (setting a pattern that would last a lifetime), he ran the land, rode horses and dirt bikes across the fields, and grew up. Haley is a Robert Capa Gold Medal winner and celebrated internationally for his war and documentary work that took him to Somalia, Afghanistan, Burma, and elsewhere. For this deeply personal project, he turns his camera homeward, to this agriculture-rich San Joaquin Valley. The resulting images, haunting and melancholy, play out against the larger framework of contentious water politics and land use issues.

All the photographs were shot in the winter, the fallow time, Haley writes in the introduction, a time absent of crops, workers in the fields, crop dusters flying overhead, and chemical spraying, during the historic drought of 2013-2014. The resulting 70 images presented in this oversize book are muted, harsh, vacant landscapes, that still evoke a haunting reckoning with what once was--one of the richest fertile basins on the planet, imprinted with and reflecting the degenerative effects of human presence. 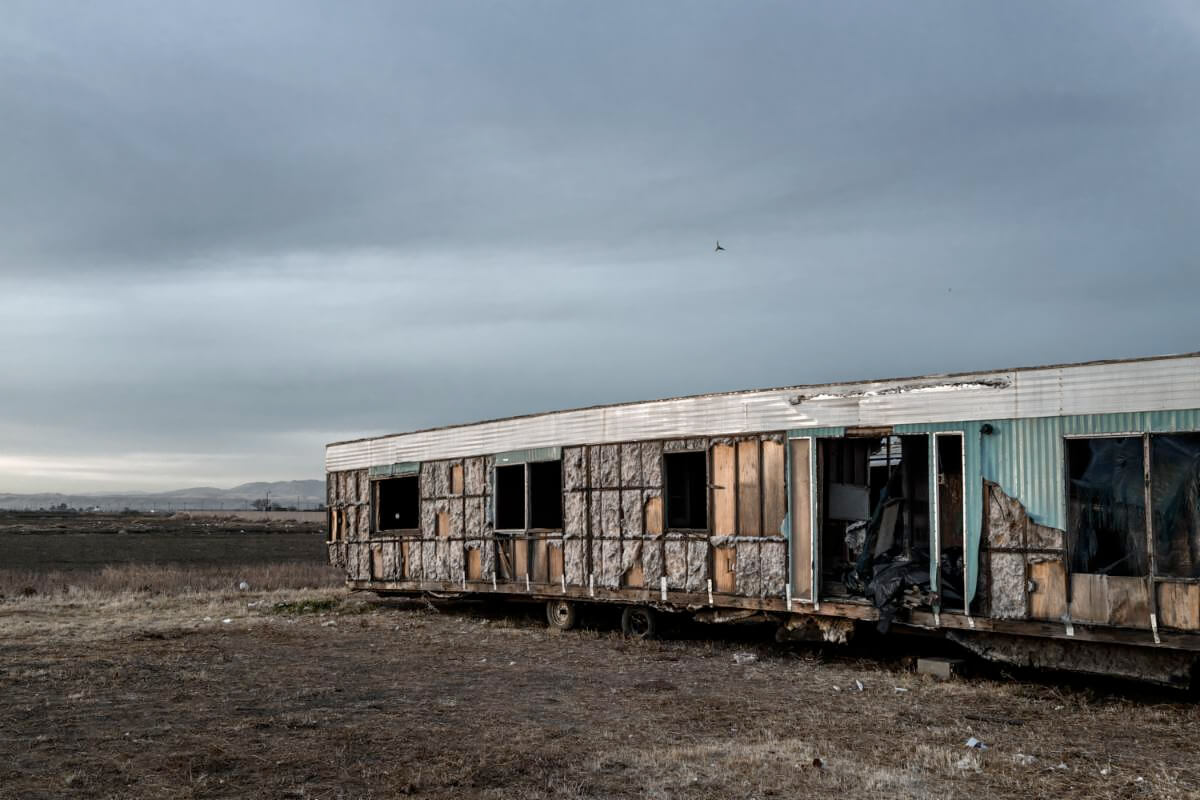 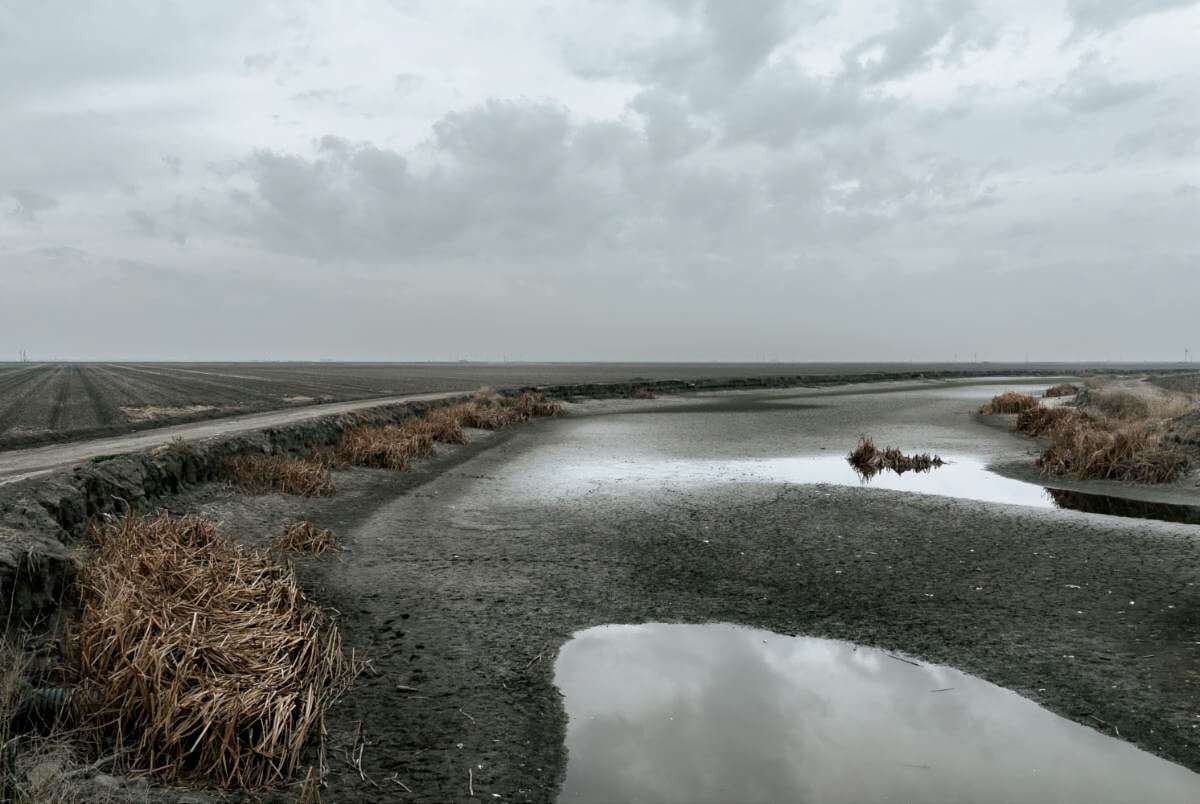 You are seeing the bare bones of winter compounded by the skeletal effects of an epic drought, underpinned by memory and the ghosts of childhood lost, he writes. Nothing lasts. Puddles evaporate and every single gasping fish dies. I grew up and moved on, gone like those wild creatures in my relic wilderness that were driven before the tractor and the harrow. 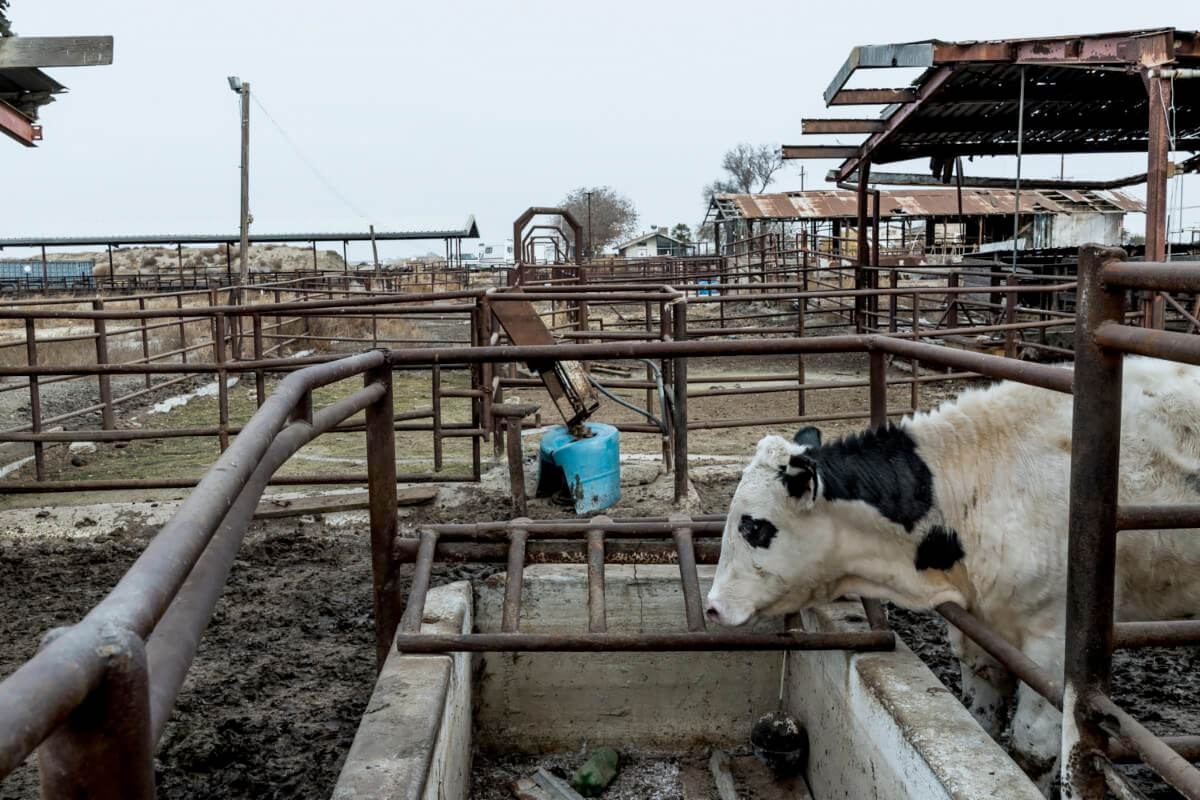 The Valley was hit especially hard by the drought, not only with the loss of crops, orchards, and dairies, but with the fractures that intensified between factions of the people who call this region home: the farmers versus environmentalists, urban versus rural. 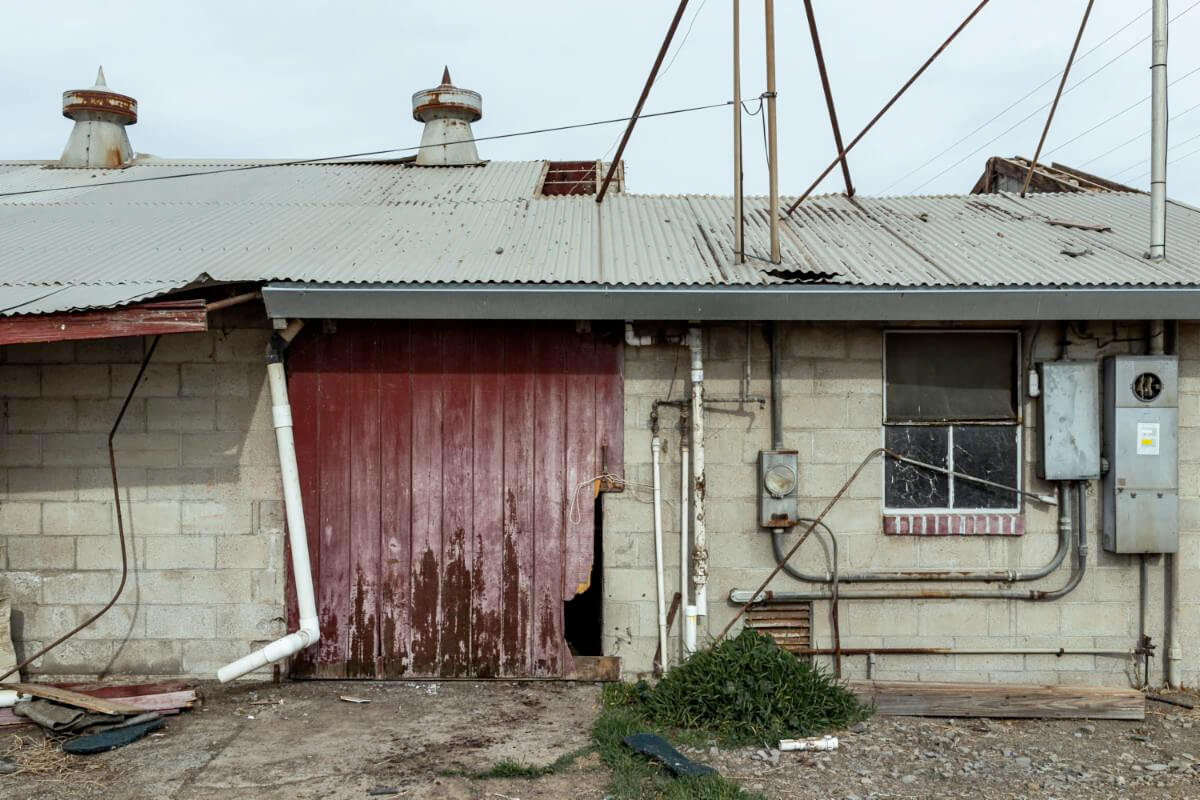 Conceived as a two-volume project, this first volume focuses on the rural roads and farm parcels in the area where Haley grew up. They still hold the memories of his 10-year old self, but the land itself has vastly changed. Volume II, forthcoming next year, focuses on the remote, and fairly untouched valley where he lives now.

﻿ Here and there. Then and now. The intersection is constantly shifting, and this is the line Bruce walks with his images, writes Kirsten Rian in her essay included in the book. She notes that Haley draws deep inspiration from the American painter, Andrew Wyeth, who said, “I prefer winter and fall, when you feel the bone structure of the landscape. Something waits beneath it; the whole story doesn't show.”

This insinuation, along with the soft, emotive color palette, is also present in Haley's images for this project. The photographs pivot around fragments of story from his childhood, of building a life forward, of home that is made as well as found; scattershot sounds and sights carried in his mind from the famines and wars he covered for years; glimpses of drought and man-altered landscapes; birds overhead, sheet glass motionless sloughs reflecting the sky. And particles of light sifting through the dust to wash pastel as far as the eye can see. 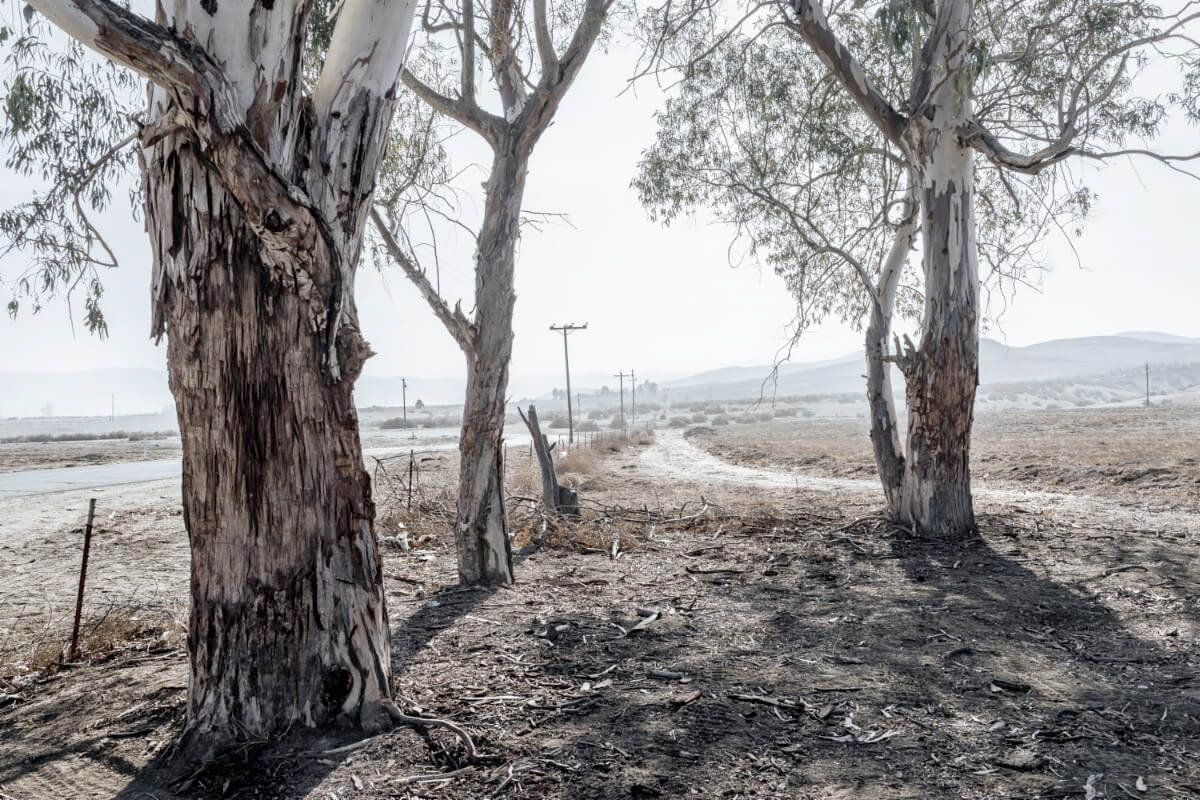 About the Photographer:
Bruce Haley (b. 1957) is a self-taught photographer with more than twenty years' experience covering war and its aftermath. He is the recipient of the Robert Capa Gold Medal for his coverage of Burma's bloody ethnic civil war. With a military and police background, Haley began his career in 1988, covering Afghanistan's mujahideen resistance to Soviet occupation; shortly thereafter the legendary Howard Chapnick accepted Haley into Black Star, one of the industry's premiere photo agencies. Over the course of his career, Haley has expanded his subject matter well beyond the battlefield - working across multiple camera formats, he has explored topics as diverse as the Bolivian altiplano, Eastern Europe's persecuted Roma (Gypsies), the decaying infrastructure of Soviet-era industry, and the timber and extractive industries in the American West.

Haley's photographs have appeared in books, magazines and newspapers worldwide, as well as in corporate publications and on CD, video and DVD covers; his clients include Time, Life, U.S. News and World Report, The London Sunday Times Magazine, Stern, Paris Match, GEO, Aperture, Esquire, Georgia-Pacific and the Chevron Corporation. Numerous magazines and newspapers have profiled Haley and his work, among them American Photo, (French) PHOTO, The New Yorker, the New York Times, B&W, UTNE Reader, The Telegraph (UK), Photo District News, ARTWORKS and ARTS & LIVING. His limited-edition portfolio, entitled 13 Million Tons of Pig Iron, was #1 on the Photo-Eye Bestseller List. In addition to publications, Haley's exhibition prints have been shown in museums and galleries all over the world. Home Fires, Vol I: The Past marks Haley's second book with Daylight. His first, Sunder, published by Daylight in collaboration with Charta, features photographs taken between 1994 and 2002 that reflect the complexity of land and life in the former Soviet Bloc. 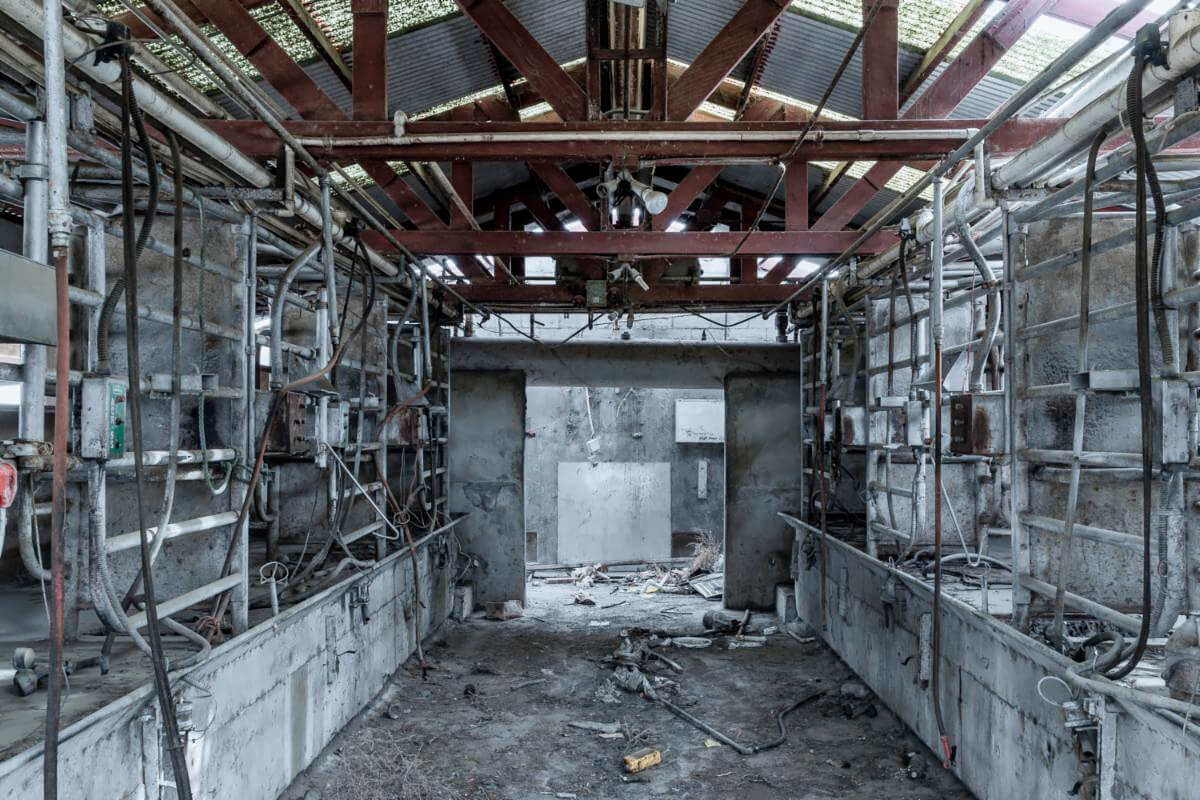 About the Publisher:
Daylight is a non-profit organization dedicated to publishing art and photography books. By exploring the documentary mode along with the more conceptual concerns of fine art, Daylight's uniquely collectible publications work to revitalize the relationship between art, photography, and the world-at-large. For more information, visit www.daylightbooks.org. 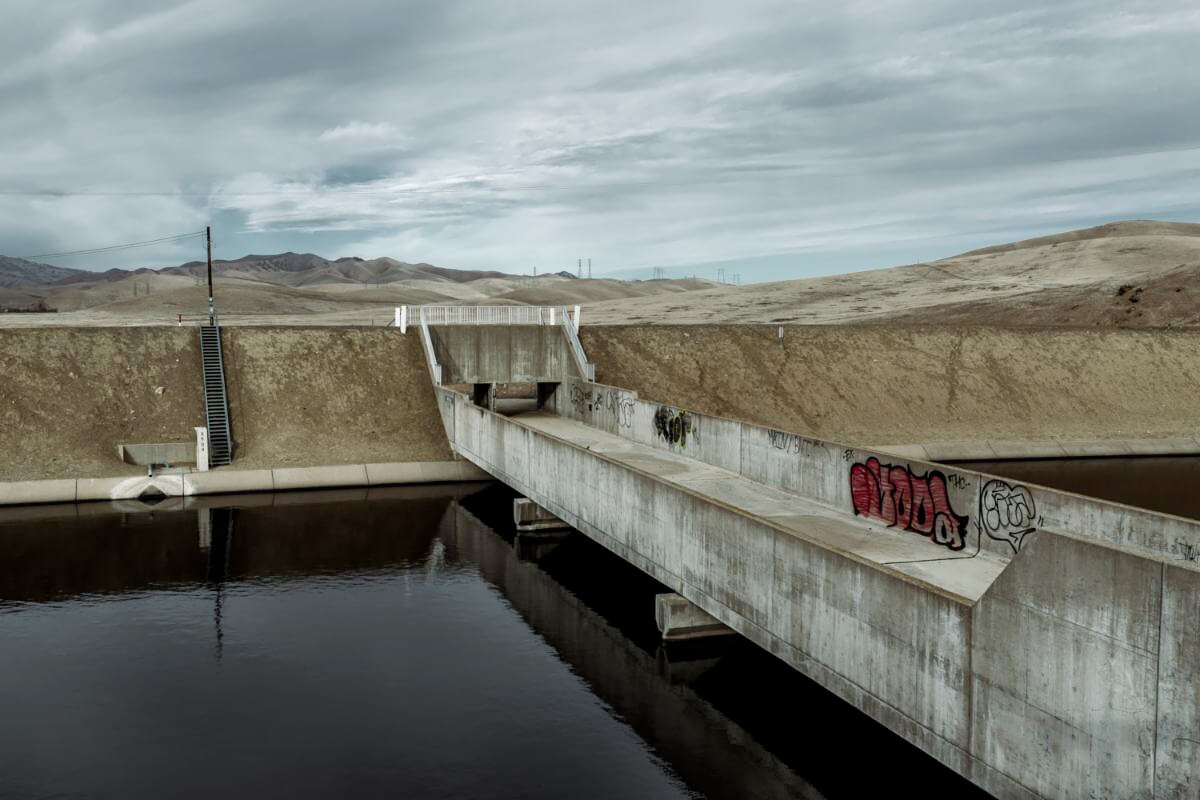 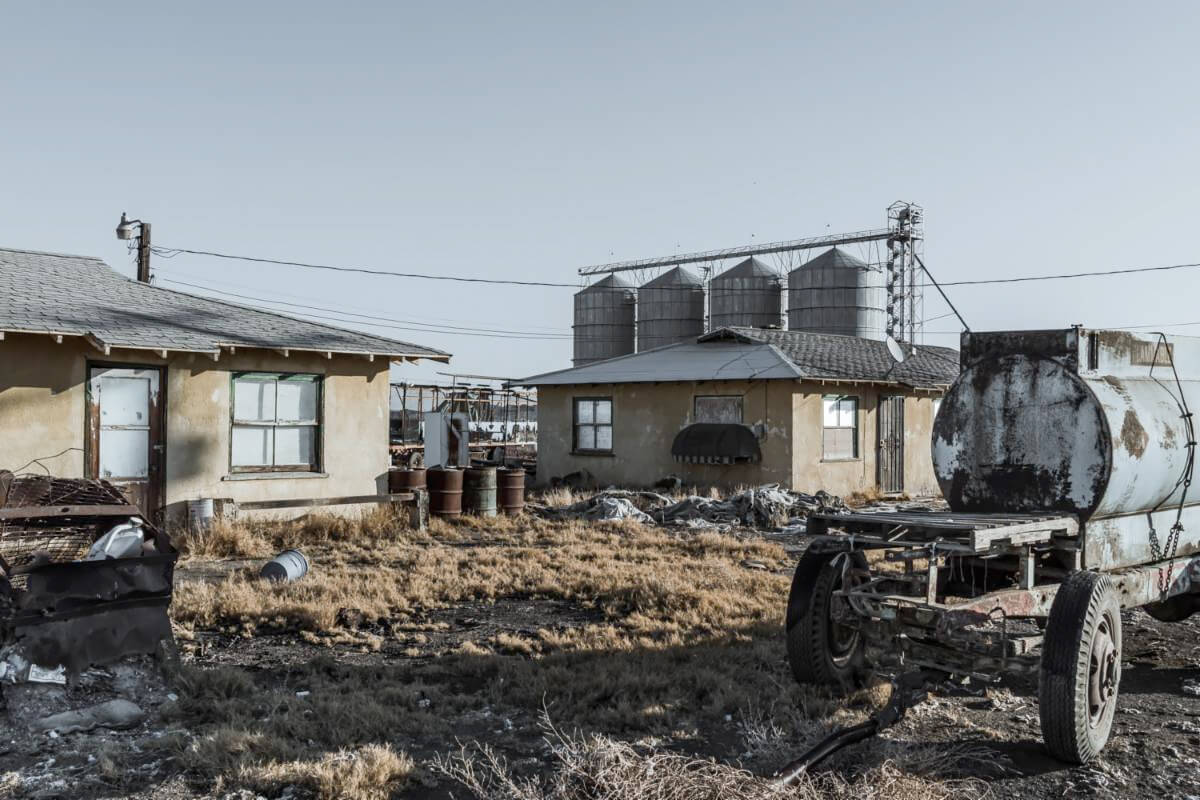 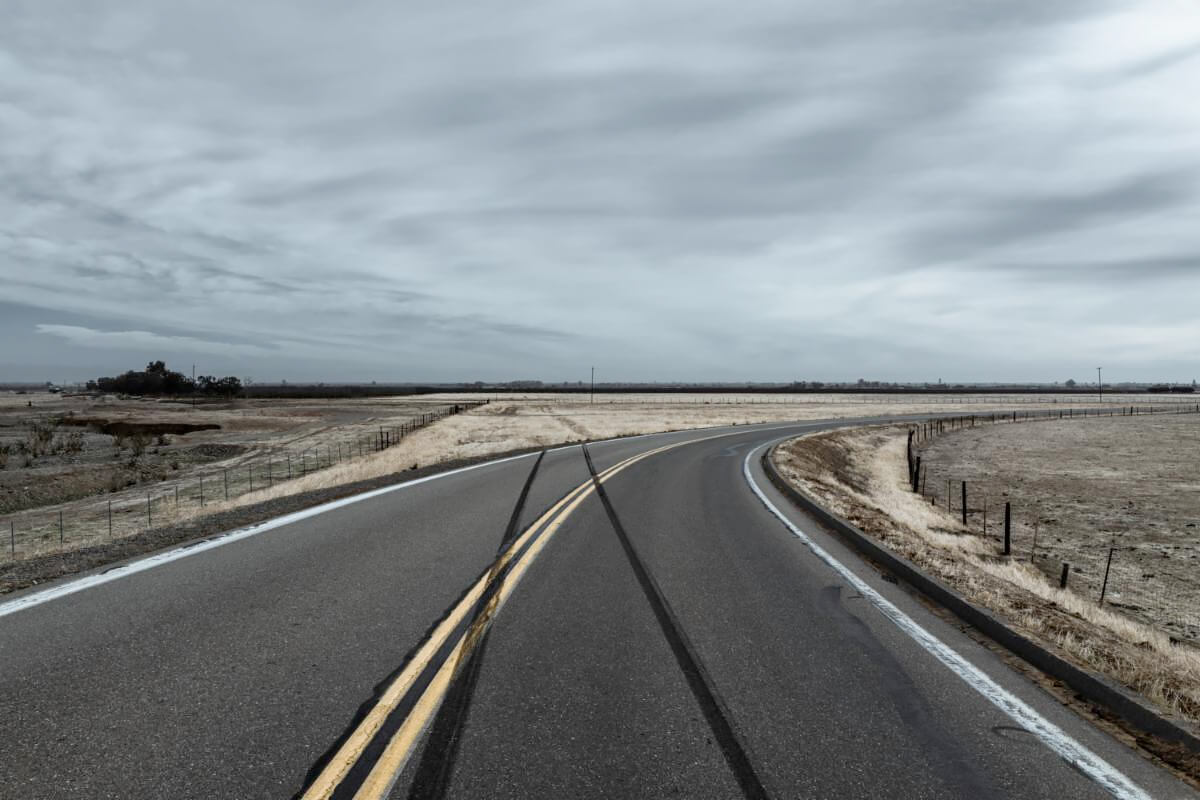