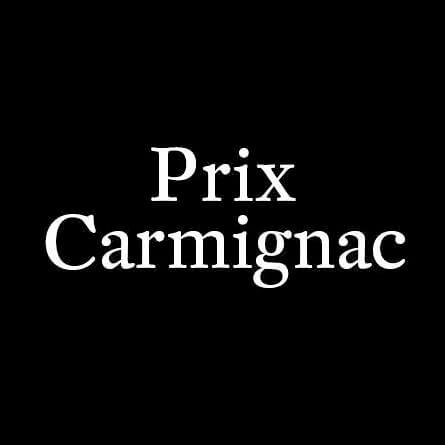 The 10th Carmignac Photojournalism Award is dedicated to the Amazon and the issues related to its deforestation. It is chaired by Yolanda Kakabadse, Minister of the Environment of Ecuador between 1998 and 2000 and President of WWF from 2010 to 2017. The Award was awarded to Tommaso Protti.

From January to July 2019, Italian photojournalist Tommaso Protti, accompanied by British journalist Sam Cowie, travelled thousands of miles across the Brazilian Amazon to create this reportage. From the eastern region of Maranhão to the western region of Rondônia, through the states of Pará and Amazonas, they portrayed life in modern day Brazilian Amazon, where social and humanitarian crises overlap with the ongoing destruction of the rainforest. 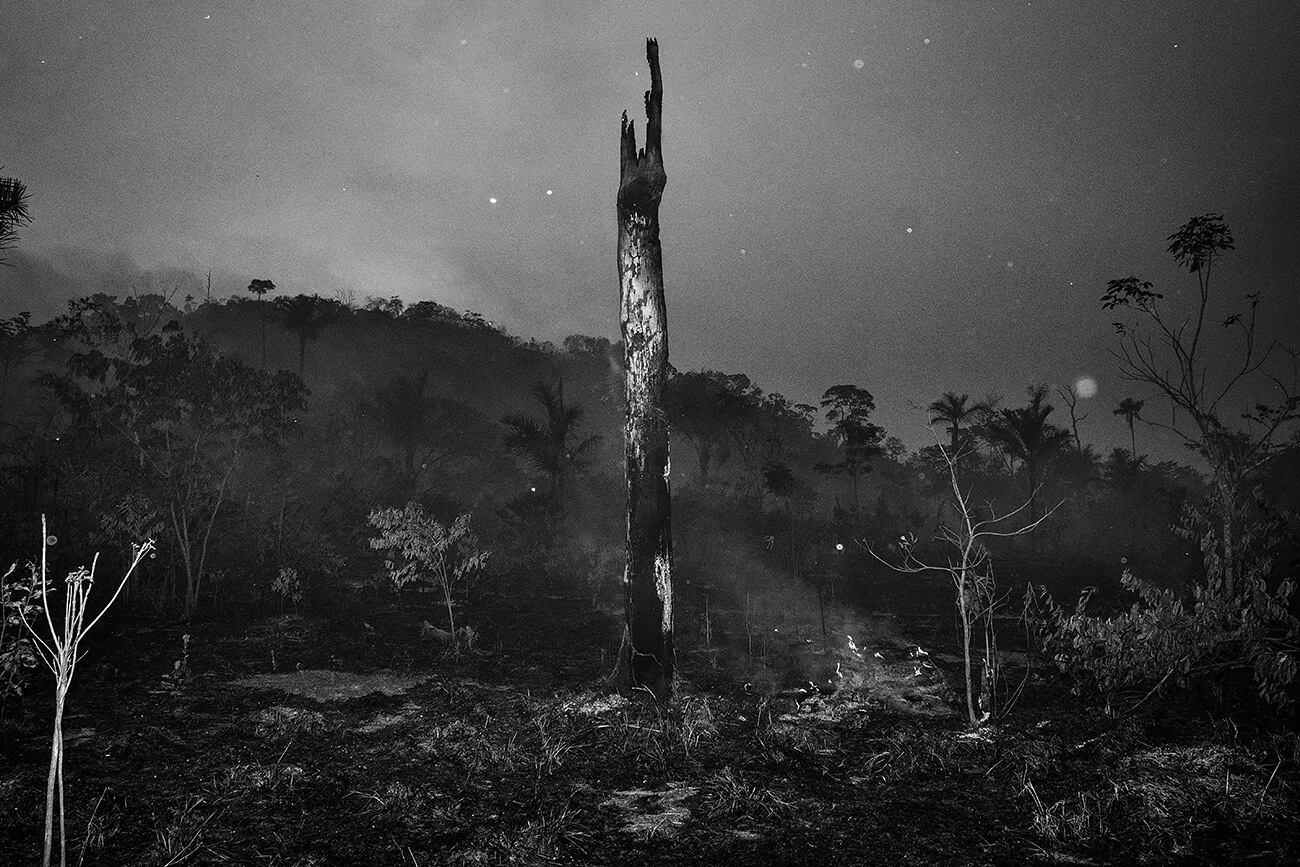 Jamanxim National Forest, Brazil - August 11, 2020 - Destroyed vegetation and burned fields in the Jamaxim National forest, a protected reserve of more than 1.3 million hectares (3 million acres) that is one of the most devastated in Brazil. The Jamanxim National Forest was one of the areas affected by the ‘Fire Day’ last August, when the number of fires tripled in the region. Most of the fires are agricultural, either smallholders burning stubble after harvest, or farmers clearing forest for cropland. Illegal land-grabbers also destroy trees so they can raise the value of the property they seize.

I wanted to illustrate the social transformations, focusing on the veiled truth of the bloodshed and destruction that are currently taking place in the region. These diverse forms of violence are the consequences of changes in the global market, as well as of the exponential increase of global consumption, from cocaine to beef. Scientists claim the forest is reaching a point of no return because of deforestation, fuelled by illegal logging, and because of land grabbing, agricultural expansion, state and private sectors led development and resource extraction projects. I believe it is important to raise awareness of this situation and question it. - Tommaso Protti

With photojournalist Tommaso Protti, we embark on a journey to the heart of the crisis. His work is a candid look at the diverse landscapes and lives among the world's last great tropical forest. (...) We get to meet indigenous activists who fight to protect the forest for future generations. We also witness the destruction caused by loggers, land grabbers and miners who exploit the region's riches for their own profit. The pictures take us to the Amazon's urban metropolises, where warring drug gangs kill to get control over the cocaine trade, and where desperate Venezuelans fleeing the civil conflict live in makeshift camps. We meet peasant activists who risk their life resisting the aggressive advance of agricultural bounds. We get to under- stand the huge damage inflicted to traditional river communities, consequences of state-led mega-projects such as hydroelectric dams. (...) Finally, Tommaso Protti's work offers a glimpse at everyday life in one of the planet's most extraordinary regions: people date, go to parties, worship and try to enjoy life, just like anywhere else. - Sam Cowie

Each year, at the end of the photo reportage in the selected area, the work of the Carmignac Photojournalism Award Laureate is used to produce both a major exhibition in Paris and London, and the publication of a monograph. 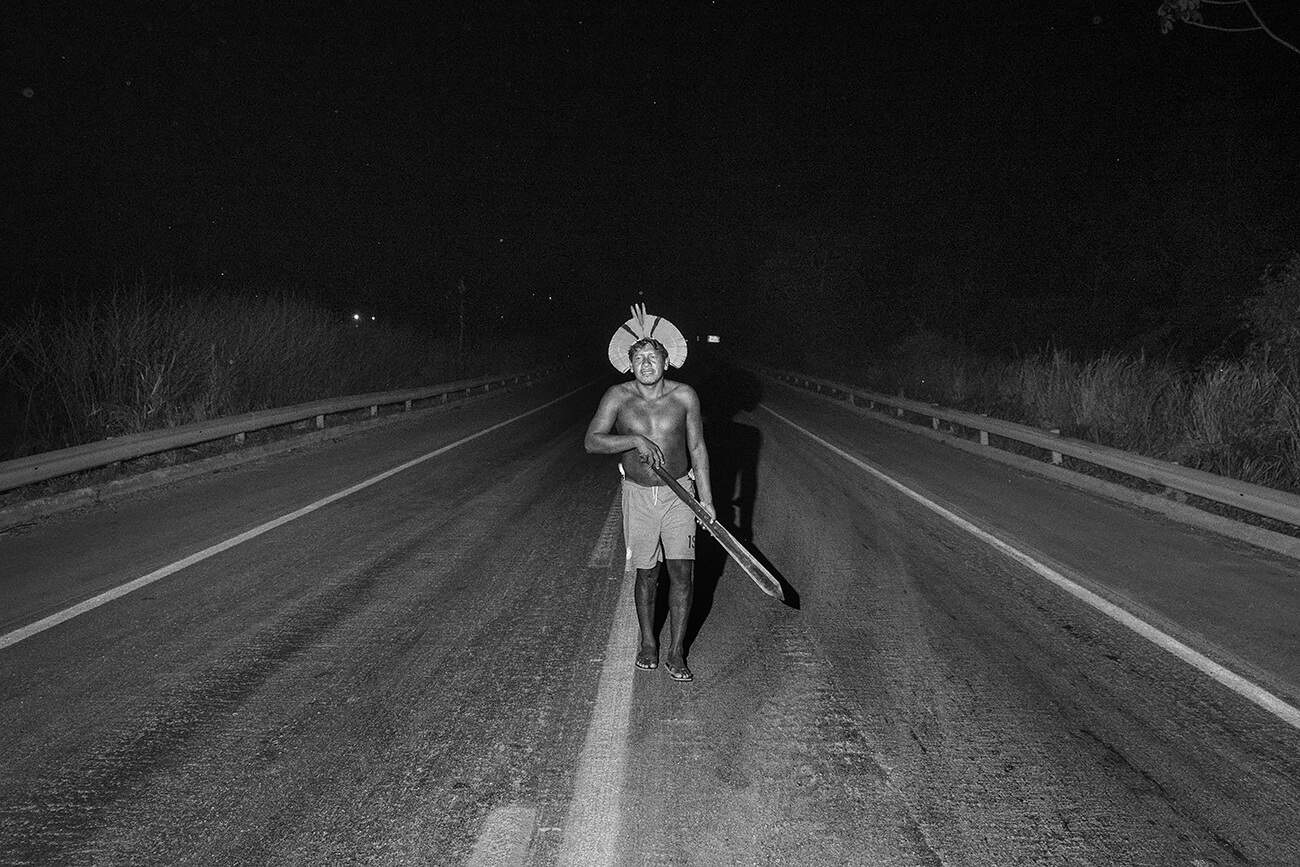 Novo Progresso, Brazil, August 17, 2020 - Kayapo Mekragnotire Indigenous block a highway near Novo Progresso, Para state. Protesters blocked the highway BR-163 to pressure Brazilian President Jair Bolsonaro to better shield them from COVID-19, to extend damages payments for road construction near their land, and to consult them on a proposed railway to transport soybeans and corn.

After taking place at the Maison Européenne de la Photographie (MEP) in Paris and on the Hôtel de Ville gates, the exhibition of more than 80 photographs and 5 videos by Tommaso Protti, both haunting and poetic, presenting a harrowing picture of what life is like for people living in the Brazilian Amazon. (The Washington Post, December 2019), will be displayed from June 9 - July 18, 2021, at London's Saatchi Gallery, which has been hosting the Carmignac Photojournalism Award for six consecutive years. The exhibition will be on the Ground Floor of the Gallery, free for the public.

The exhibition is accompanied by a bilingual French-English catalogue co-published by Fondation Carmignac and Reliefs Editions. It will be available at the Saatchi Gallery bookstore and throughout the network of bookstores in the UK and Europe. Reliefs is a publishing house that develops, in a spirit of permanent curiosity, an editorial policy focused on the transmission of knowledge and awareness of the future of our planet. Reliefs Editions publish a magazine of the same name dedicated to nature, adventure and exploration, with a strong desire to popularize science. This collaboration is part of the defence of common values and reflects a shared desire to report, through photographs and committed texts, on the contemporary issues covered by this 7-month report in the Amazon. 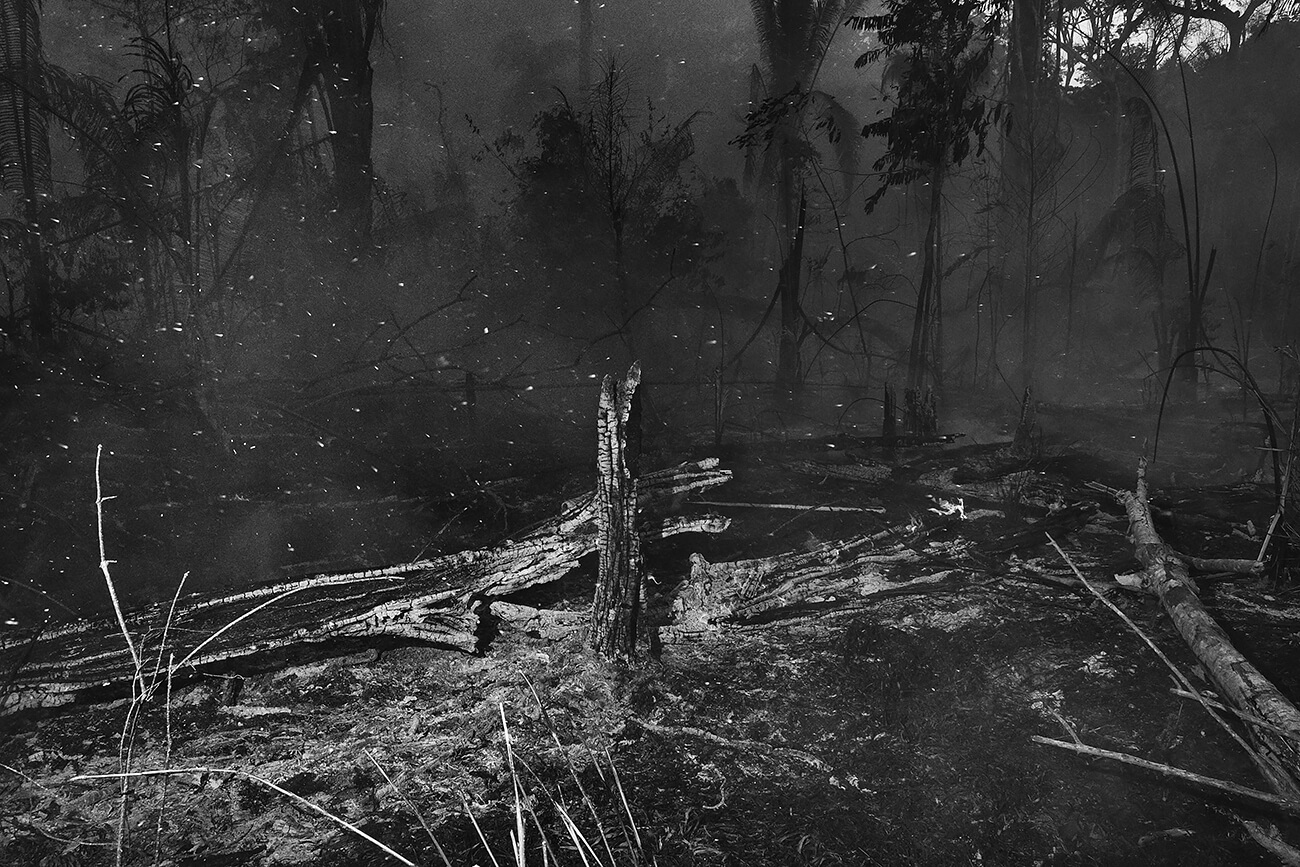 Jamanxim National Forest, Brazil - August 13, 2020 - A fire rages inside the Jamaxim National forest in the Pará state, a protected reserve of more than 1.3 million hectares (3 million acres) that is one of the most devastated in Brazil.The Amazon has seen the worst start to the fire season in a decade, with 10,136 fires spotted in the first 10 days of August, a 17% rise on last year. Fires increased by 81% in federal reserves compared with the same period last year. Most of the fires are agricultural, either smallholder burning stubble after harvest, or farmers clearing forest for cropland. Illegal land-grabbers also destroy trees so they can raise the value of the property they seize.

The Amazon: Carmignac Photojournalism Award, 10th edition
The Amazon is a vast region covering the territory of nine nations: Brazil, Bolivia, Peru, Ecuador, Colombia, Venezuela, Guyana, Suriname and French Guiana. The region has a surface area of 5,500,000 km2 and is crossed by the Amazon river, the second longest river in the world and the largest by discharge volume of water. The Amazon alone accounts for half of the remaining tropical forests on the planet. It is home to 70% of the world's biodiversity and to one in ten of the world's species.

This territory is home to 30 million people, including 350 indigenous groups, most of whom live in their natural habitats, but the development of economic activities in the region mean that this ecosystem is under more threat than ever before.

Since 1999 at least 2,200 new species have been discovered in the Amazon biome, but with 17% of the Amazon's surface area already destroyed, the rainforest is increasingly vulnerable.

Responsibility for the degradation and destruction of this fragile natural environment lies with climate change, but also human activity. The consequences are multiple and both local and global: greenhouse gas emissions, destruction of biodiversity, hydrological alterations and even soil erosion.

The 10th Carmignac Photojournalism Award is dedicated to the Amazon and the issues related to its deforestation. Chaired by Yolanda Kakabadse, Minister of the Environment of Ecuador between 1998 and 2000 and President of WWF from 2010 to 2017, the jury met in November 2019 and awarded Tommaso Protti. 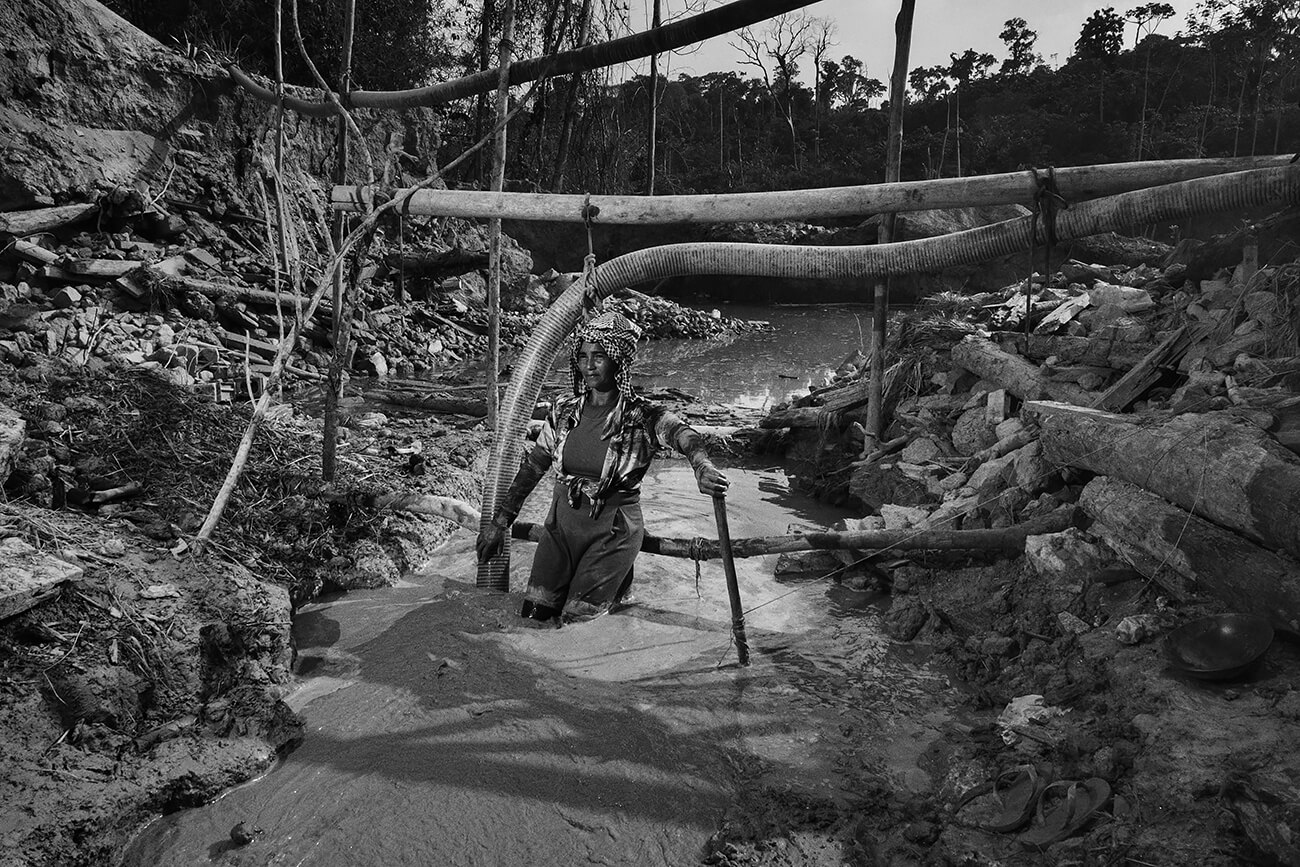 Tommaso Protti
Tommaso Protti (Italy, 1986) lives and works in São Paulo, Brazil. He started his career as a photographer in 2011 after graduating in Political Science and International Relations. Since then, he has devoted himself on creating his own long-term projects.

His photographs have been published in major titles including The New York Times, The Wall Street Journal, Time, National Geographic, The New Yorker, The Guardian, The Independent, Le Monde, Corriere della Sera... He also works with international organizations such as the United Nations.

His reportage 'Amazônia', supported by the Carmignac Photojournalism Award, won the 'World Understanding Award' of the 77th Picture Of the Year in March, 2020. Tommaso is a member of Angustia. 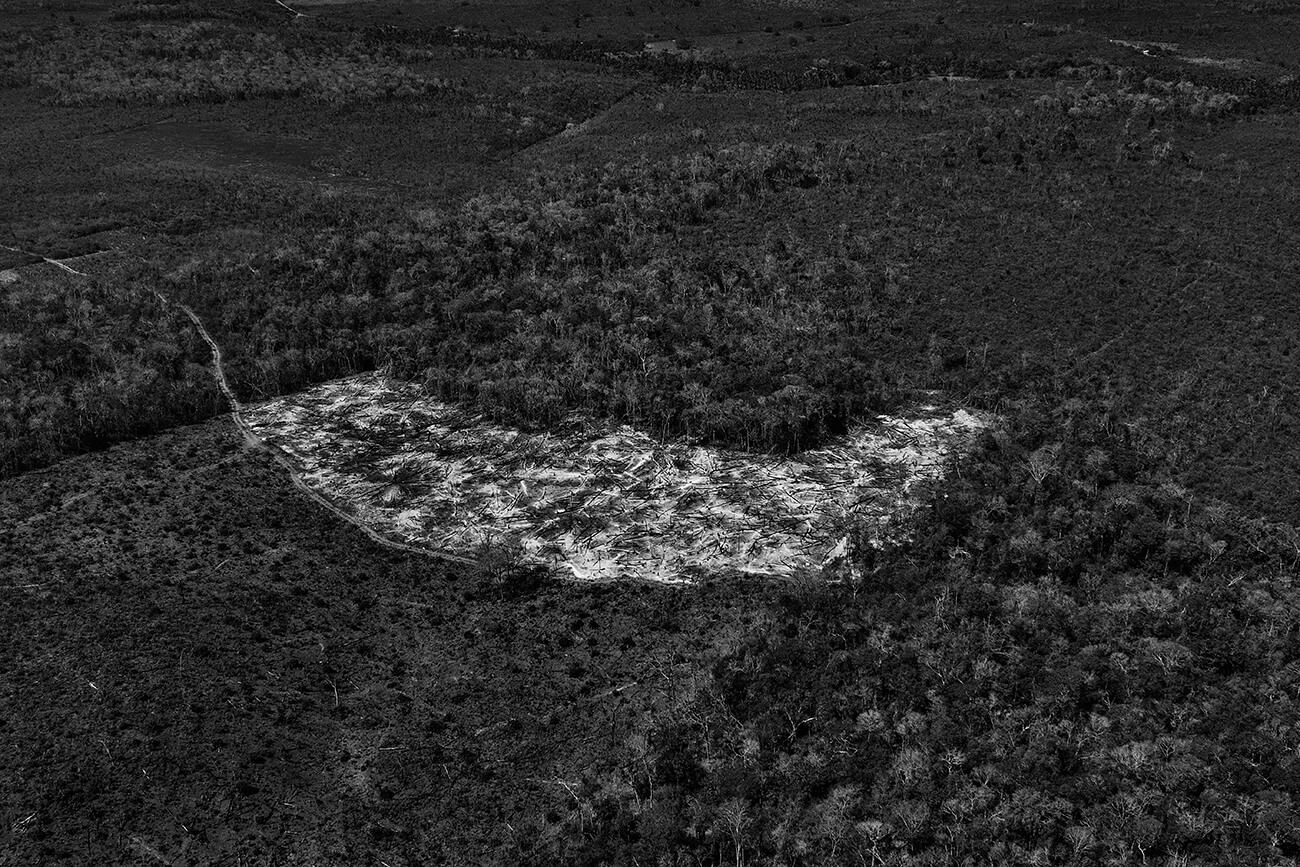 Grajau, Maranhão, 2018. A deforested area in the southern Maranhão State seen from the helicopter of IBAMA, Brazilian Institute of the Environment and Renewable Natural Resources. Maranhão is one of the worst affected by forest fires and illegal logging, and has lost 75% of its Amazon forest cover. The Amazon rainforest is losing the equivalent of a football pitch of forest cover every minute. Scientists say it is reaching a tipping point: if deforestation continues upward, the forest may never recover. 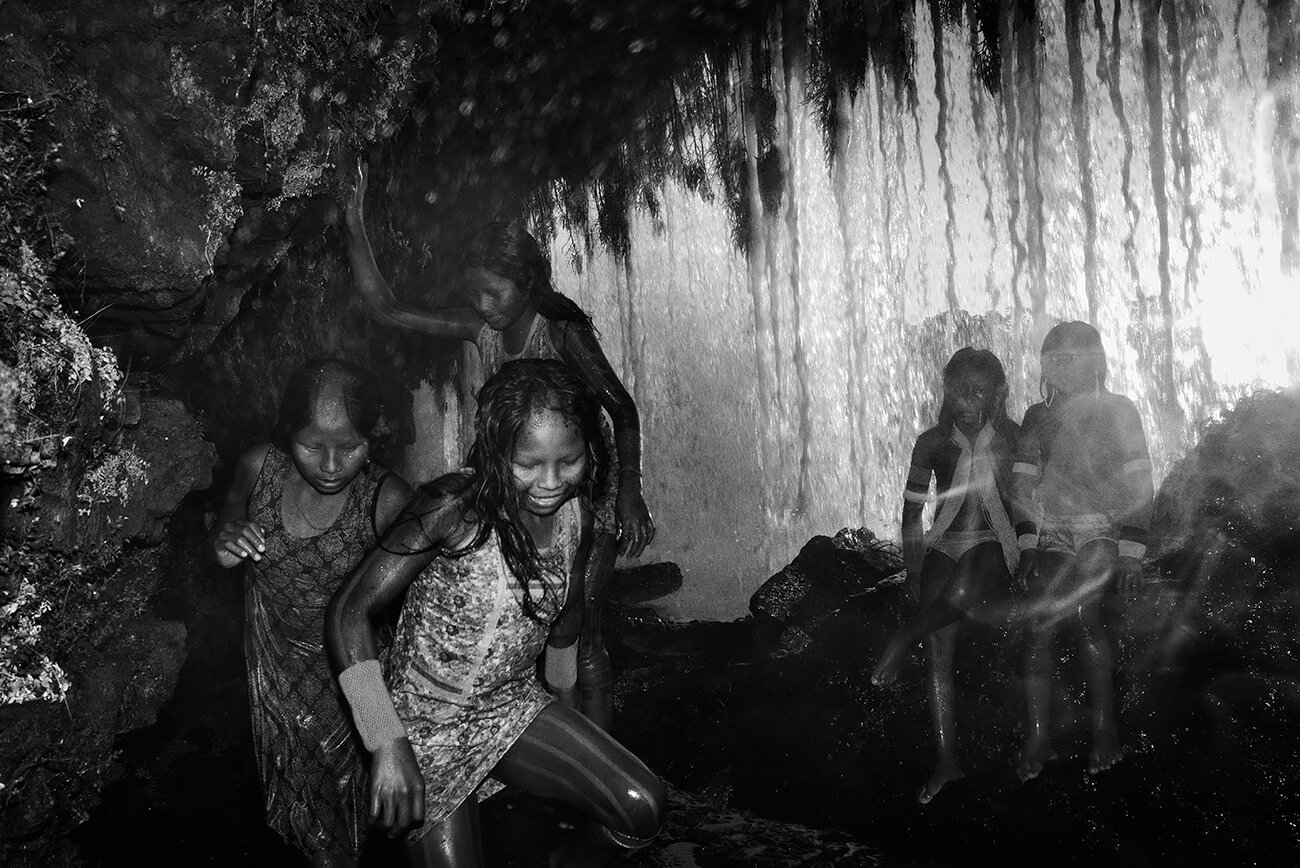 Kayapó Indigenous Territory, Pará, 2019. Kayapó children play behind a waterfall in the Kuben-Kran Ken village, in the southern Pará State. The Kayapó’s territory is the largest tropical protected area in the world, more than 3.2 million hectares of forest and scrubland containing many endangered species. It serves as a crucial barrier to deforestation advancing from the south. 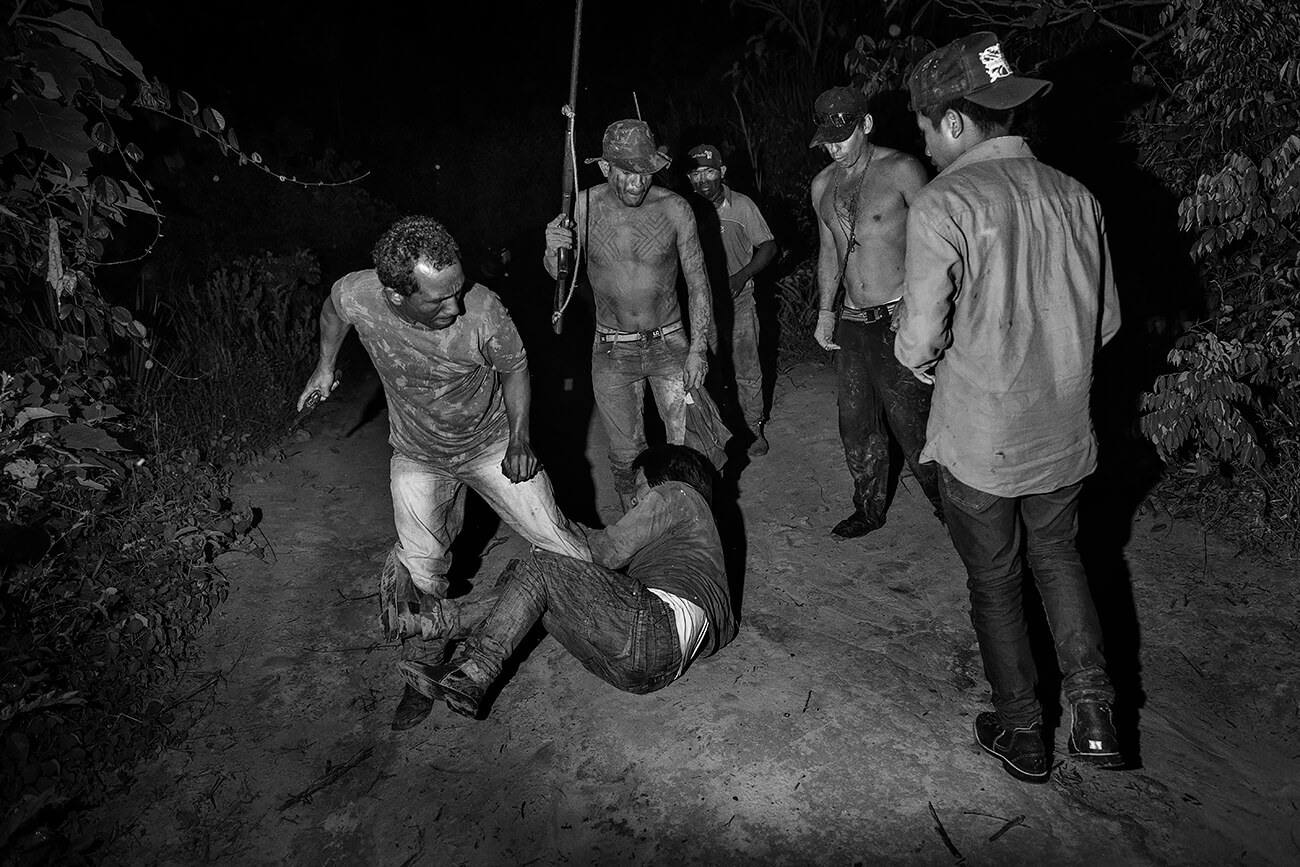 Araribóia, Maranhão, 2019. Members of the Guajajara forest guard patrolling the Araribóia indigenous reserve in Maranhão State beat another indigenous man whom they suspect of collaborating with illegal loggers. 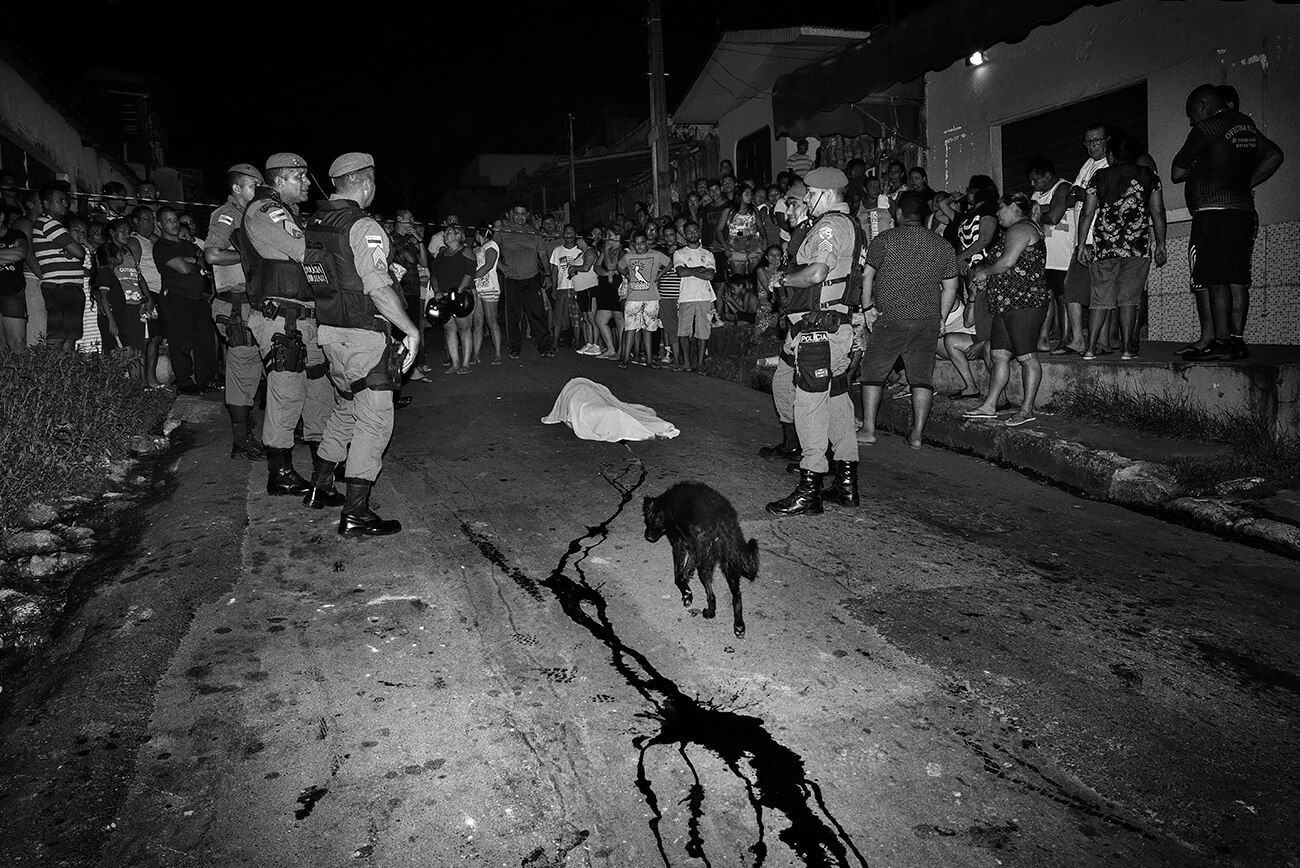 Manaus, Amazonas, 2019. A young man lies dead in the streets of a poor neighborhood, as family members, neighbors and police wait for the authorities to collect the body and take it to the morgue. The victim was shot in the head outside of his home. Police and residents suspect the killing was over unpaid drug debts. Manaus has become one of Brazil’s most violent cities. According to local authorities, the majority of homicides are drug-related.