Nor Dread, Nor Hope Attend by David Gulden 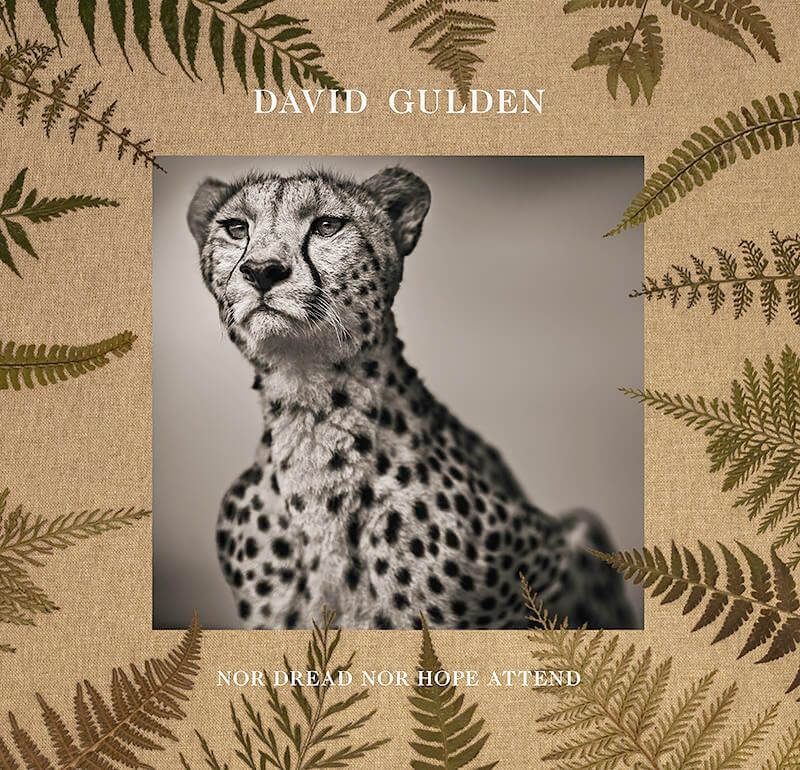 Stories from the Plains of Africa

Cameras will always be pointed at beautiful and unusual creatures, but how much deeper can the lenses penetrate? - David Gulden

Photographer and environmentalist David Gulden's connection to the land and wildlife of Kenya began when he was 15 and traveled with his father on safari. This connection grew to advocacy, and the 66 black and white photographs collected in his second monograph, Nor Dread, Nor Hope Attend (Damiani, October 2020), reflect this commitment to relaying the truth of the impacts of declining habitats, while simultaneously showing the fierce beauty of both the animals of the African plains, and the expansive landscape itself.

Gulden's process signals his respect for the animals and their daily life he witnesses. The large format images are presented with no digital alterations, such as compositing or changes to the physical reality of the images. When taking photos, Gulden moves as close as possible with half the images taken with a 50 mm lens. He trusts the natural world to deliver.

When I photograph, I succumb to the beauty and to the science of the subject. I do not wish to create images purporting to be more beautiful than the reality being photographed. I do not try to make the old look new. I wish to show the timelessness of my subjects. 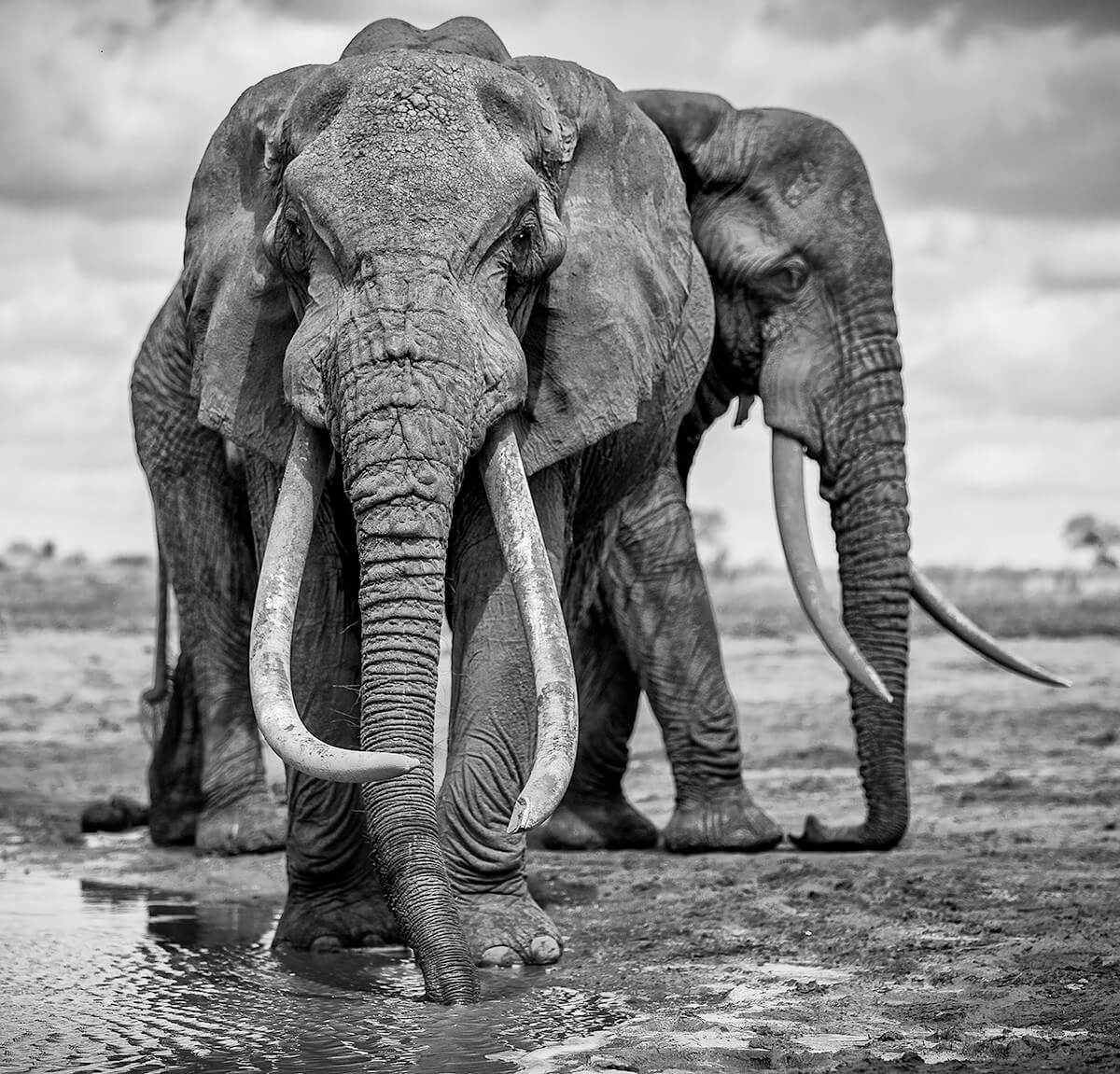 Gulden spends a considerable amount of time out in the wild, waiting and watching, and feels this patience combined with curiosity contributes to setting his work apart. As a photographer I do not consider myself an artist. It is not art that I am making, but life that I am engaging. The only art I employ is the art of curiosity, he shares.

The notable Kenyan paleoanthropologist and conservationist Richard E. Leakey has campaigned for years advocating mindful management of East African land. In the book's afterword he notes the continuing troubling trend of human and animal populations moving in opposite directions in Kenya, and the very real potential reality that the animals held within the frame of Gulden's photographs may one day soon disappear.

Can there be a future for wildlife under these circumstances? I am not optimistic. Environmental awareness is so much more than elephants, hedgehogs, and vultures; it’s more than national parks. The biologists, ecologists, and other scientific experts must be encouraged and facilitated in finding long- term solutions, he writes.

The viewer is drawn into the images by their dramatic composition, and the gratifying truth-telling about animals most individuals will never see in person. It's Gulden's direct and pure approach to the photographic process, along with his patience to search, find, and sit out these moments, that all combine to result in a rich view of Kenyan wildlife. But his images are more than beautiful images from the African plains. The landscape suggested beyond the picture borders implies a bigger story, and an implication of a wider, more tangled narrative of the environment, habitat, and conservation at odds. 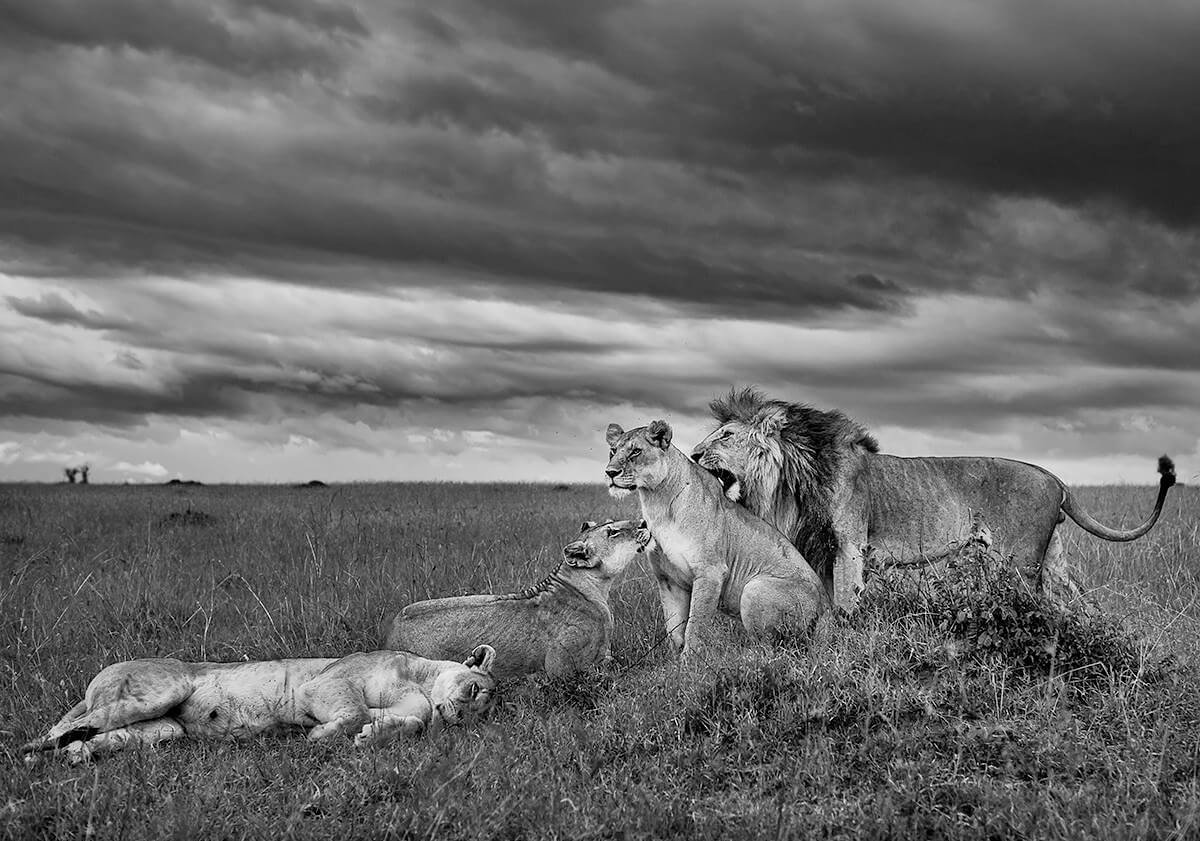 Another contributor to the book, culture writer and reporter Fiammetta Rocco, grew up in Kenya and also highlights the perilously disintegrating relationship between environmental destruction and wildlife.

The power of David Gulden’s epic photographs of lions, cheetahs, leopards, and elephants lies not just in what you can see, but in what you know lies beyond the image’s edge. The lion on the termite mound, the cheetah with her eyes narrowed, the elephants crossing the mudflat—all are looking at a far horizon. Whether in fear or expectation, or simply in watchfulness, we know that their gaze will fall increasingly on people, plastic, and pollution, the poisons of the modern world.

As with the title of his first book, The Centre Cannot Hold, this large format book also borrows words from the Irish poet, W.B. Yeats, contributing to the resonating subtext and meaning behind the making of the images. Yeats' poem Death begins with the words Gulden used for the title of this newest project, but it is the rest of this short poem that speaks to the shattered window Gulden writes about when discussing his images collected in the book. Gulden calls his book a collection of concerned photography reflecting the fragments of what is left of the wilderness I know in Kenya. 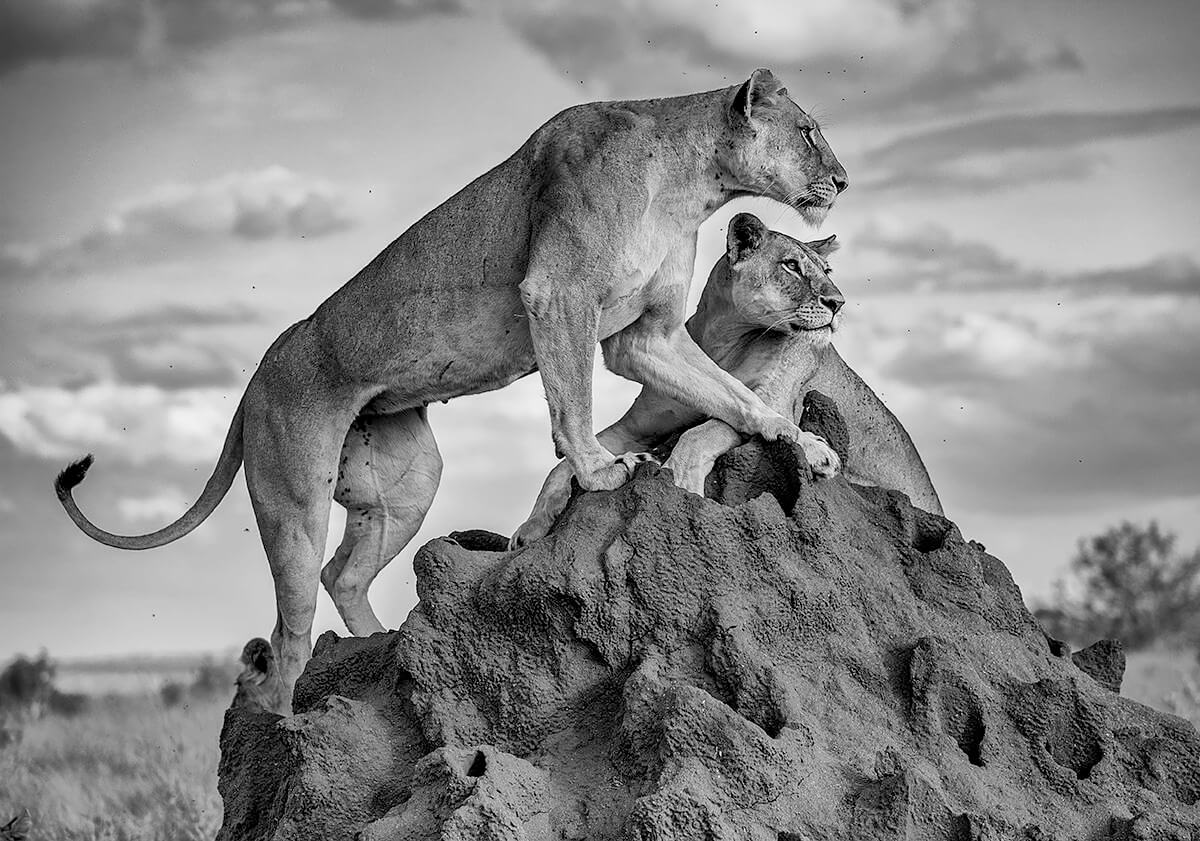 Death by W.B. Yeats
Nor dread nor hope attend
A dying animal;
A man awaits his end
Dreading and hoping all;
Many times he died,
Many times rose again.
A great man in his pride
Confronting murderous men
Casts derision upon
Supersession of breath;
He knows death to the bone -
Man has created death. 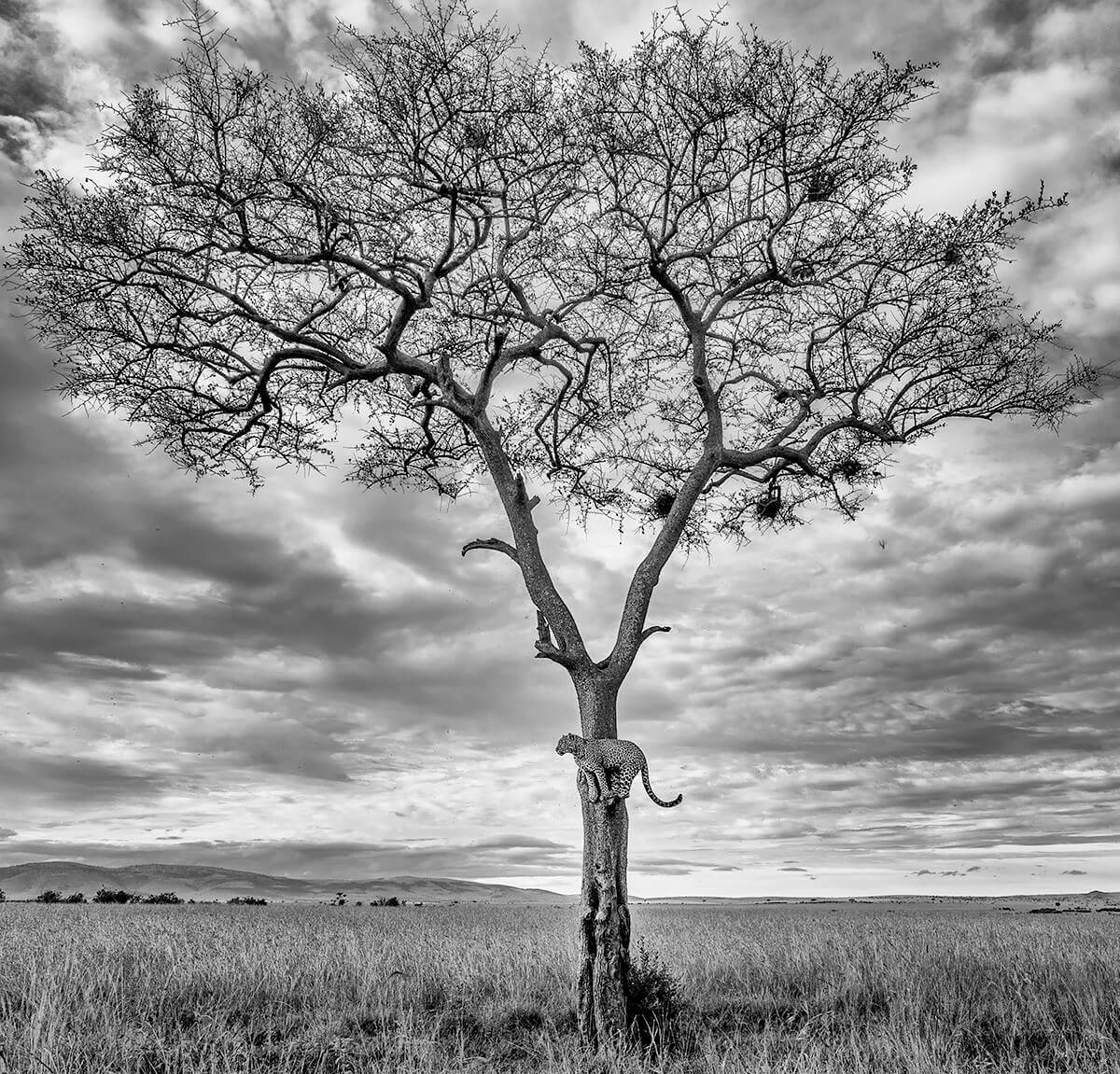 About the Contributors:
David Gulden has photographed wildlife in Kenya for 20 years. A native New Yorker, he first visited Kenya on safari at age 15. His first book of photos from the African plains, The Centre Cannot Hold, was published in 2012 and received widespread acclaim. He and his family split time between New York and Kenya. For more information, go here.

Richard E. Leakey is a Kenyan anthropologist, conservationist, and politician. The son of groundbreaking archaeologists Louis and Mary Leakey, he is an outspoken environmental advocate, Fellow of the Royal Society, Professor of Anthropology at Stony Brook University, former Chair of the Kenya Wildlife Service, and founder of Ngaren: The Museum of Humankind project.

Fiammetta Rocco is a Senior Editor, and the culture correspondent of both The Economist and 1843, and administrator of the Booker Prize for Fiction.