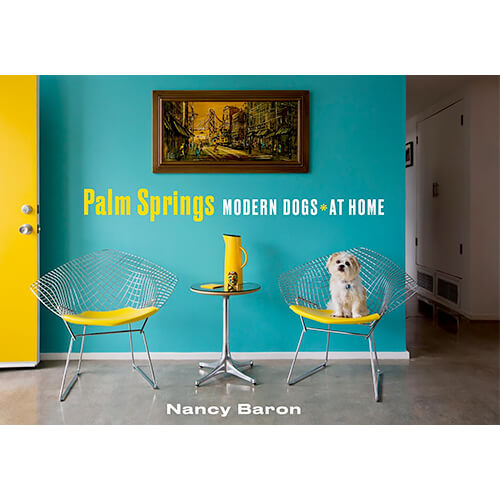 In good times and bad, our best friends are there for support, therapy, and unconditional love. Especially now -- where would we be without our dogs? Although the so-called modernists of Palm Springs embrace the serenity of life in post-WWII America, the sometimes-harsh realities of contemporary life are impossible to ignore. These mid-twentieth-century reenactors are often transplants, enjoying the Palm Springs lifestyle with their dogs and friends as their chosen family. 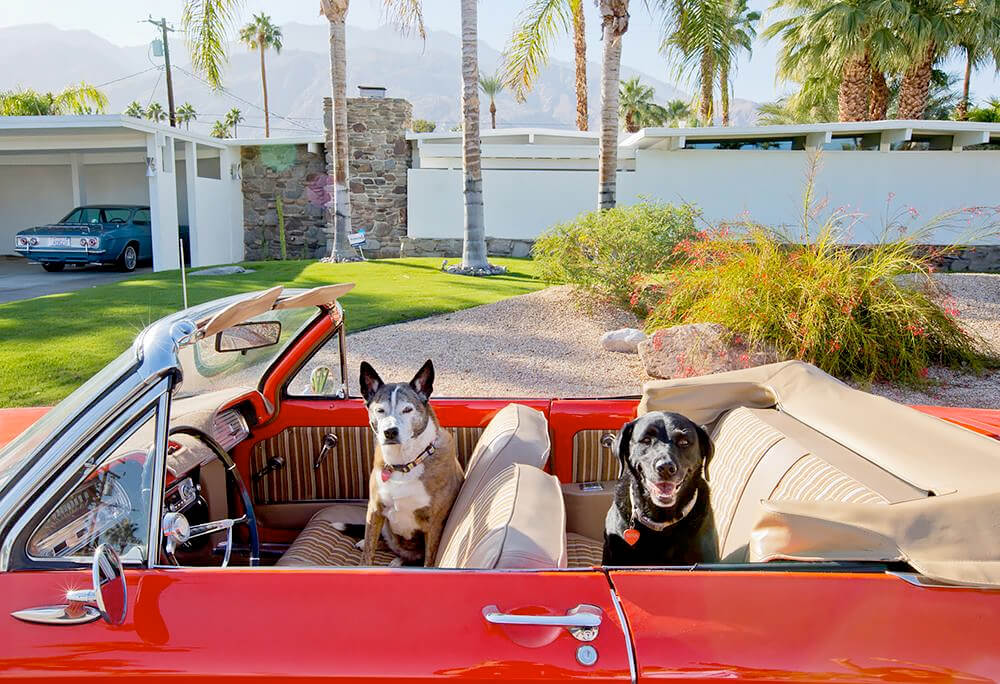 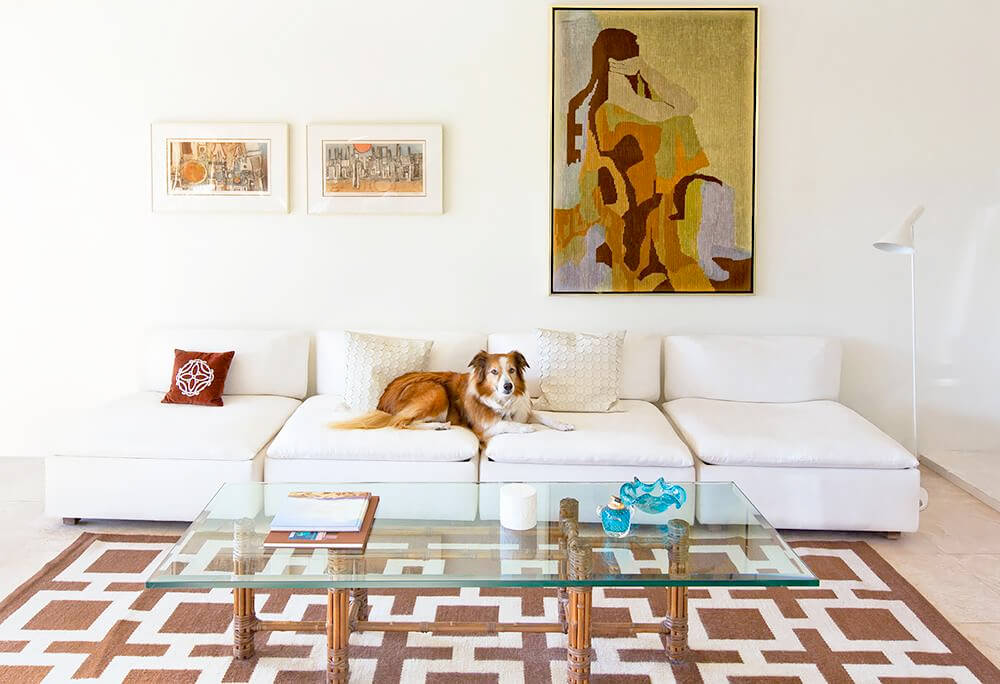 The beautiful climate, wide-open spaces, and clean décor make the perfect home for their desert pets which are as lovingly groomed and cared-for as their surroundings. For the many years that Palm Springs has been Nancy Baron's second home she has been artfully documenting with her camera the endlessly intriguing lifestyle of its residents whose beautiful homes are the perfect odes to mid-century modern American design. For her third photo book in her Palm Springs series, the critically acclaimed fine art photographer, Nancy Baron, lovingly turns her lens on the precious pups of Palm Springs, from Chihuahuas to Wolfhounds, purebreds, and rescues, as they follow her around and wander into her camera frame, adding warmth and life to the image as they do to their homes.

In his essay in the book, journalist Bob Merlis, who splits his time between Los Angeles and Palm Springs explains: For the most part, our fellow residents don't really care where you went to school, your station in life, or how much money you have but, rather, if you live life with a sense of style that can be shared with and appreciated by others. In this context, dogs provide a common focus verging on obsession. The palatial Palm Springs Animal Shelter is testimony to the town's priority to make dogs, and all pets, part of that which Nancy celebrates in her The Good Life series. Thank dog(s) for that. 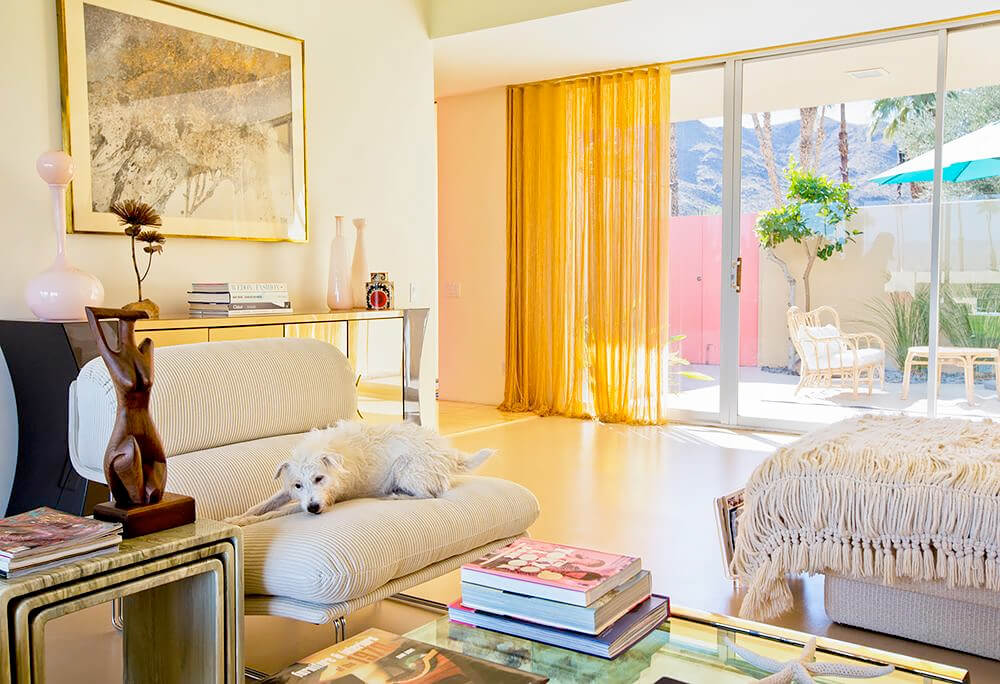 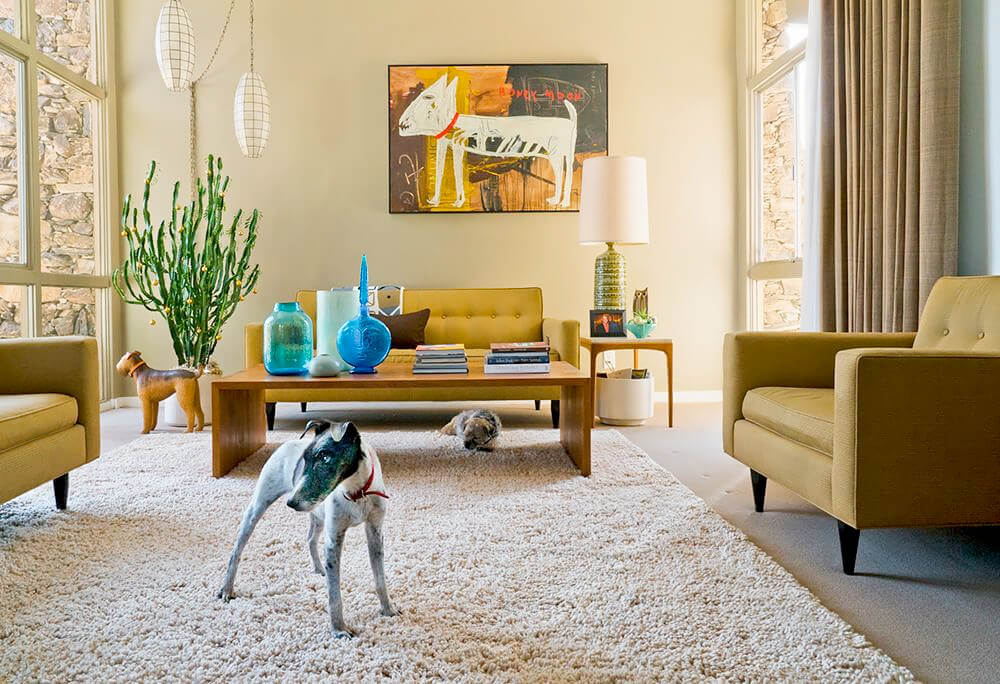 The photo captions in the book include the names and breeds of the dogs, as well as the names of the architects who designed the homes. These basic facts are followed by a short narrative related to the dogs and their homes. The following was written about Winston and Peanut (above bottom):

We've always had a pair of dogs in the house. We enjoy watching them interact with each other and the way they express their individual personalities. They've always been lovable and loyal. We love the way the sun comes into the house throughout the year. Our favorite thing is opening every window and door, letting the sun and breeze carry through every room. 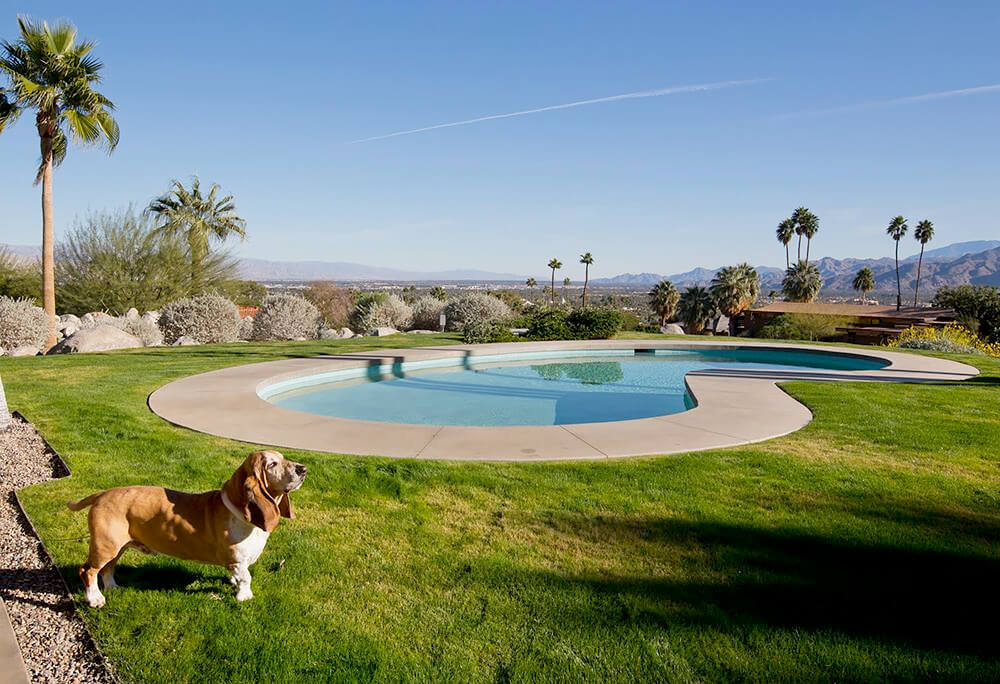 About the Photographer:
Born in Chicago, Nancy Baron is now based in Los Angeles and Palm Springs, California. As a fine art photographer, she uses portraits, landscapes, and architectural photographs to capture the majesty of the world nearby with a hopeful bias. Baron's prints have been exhibited in group and solo shows internationally and are held in public and private collections. Her photography has been published in notable magazines and newspapers worldwide, including The New York Times, Madame Figaro, W Magazine, Architectural Digest, Conde Nast Traveler, Fast Times, Mother Jones, and on CNN and BBC. Barons two monographs, The Good Life > Palm Springs and Palm Springs > The Good Life Goes On are published by Kehrer Verlag and are held in many museum libraries, including at MOMA, LACMA, the Getty, The Center for Documentary Studies at Duke University, and The Harry Ransom Center at the University of Texas, Austin. . 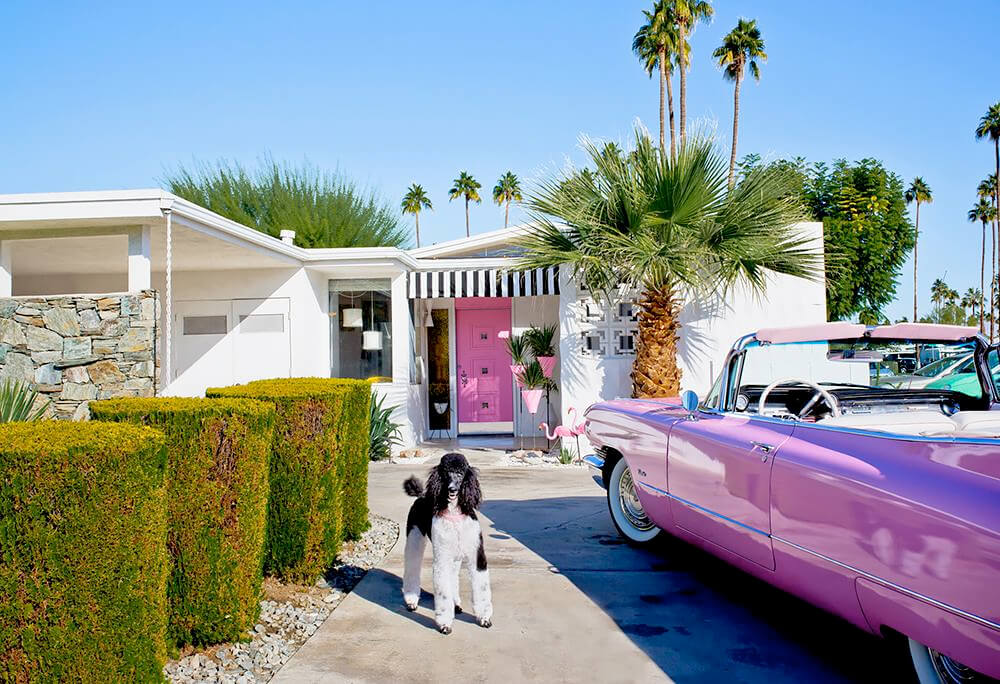 About the Contributors:
Sia is an Australian-born singer/songwriter/animal rights advocate, Sia, divides her time between Los Angeles, Palm Springs, and the world with her dogs Lick-Lick, Pantera, and Cereal.

Splitting his time between Los Angeles and Palm Springs, Bob Merlis is an automotive journalist whose writing has been published in both general interest and enthusiast periodicals. Outside the field of automotive journalism and literature, Merlis continues his endeavors in the music industry where he is best known for his almost thirty-year tenure at Warner Bros. Records where he was Senior Vice President, Director Worldwide Corporate Communications. Beyond his corporate duties, he worked as a publicist on behalf of such artists as Neil Young, Chris Isaak, Prince, Madonna, Ice-T, Sex Pistols, Emmylou Harris, R.E.M., ZZ Top, Randy Newman, Steve Earle, and many others. Through M.f.H., his west coast-based public relations/marketing consultancy, Merlis has been involved in a number of diverse projects on behalf of such clients as Etta James, Experience Hendrix L.L.C., Keely Smith, John Fogerty, John Mellencamp, ABKCO Records (Sam Cooke, the Rolling Stones), ZZ Top, The Roy Orbison Estate, Dweezil Zappa, and Memphis Music Hall of Fame, amongst others.

The book will be published by Schiffer on September 28, 2020. Pre-order today.