Upside Down by Lorenzo Biffoli 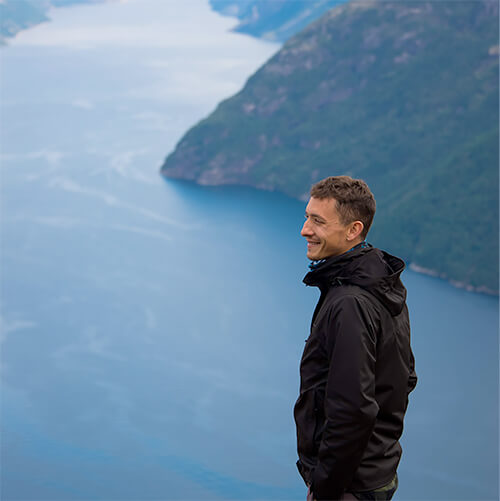 This photographic project has been inspired by the events that followed the rapid spreading of the COVID-19 among the Italian population, which started at the end of February 2020. Due to the extreme facility of virus transmission and the severity of the disease, the numbers of active cases and deaths soon ramped up at the beginning of March, thereby leading the Italian government to introduce extraordinary measures to flatten the curves. As a result, numerous Italians had to abruptly change their habits and live through tragic and exceptional times. Among the most extreme changes, due to the Ministerial Decree known as Io Resto a Casa, many Italians were by law forced to stay at home and go out only in case of absolute necessity.

The photographic project features pictures of Italian individuals in their rooms, which were transformed in Camera Obscura. In particular, black cloths were employed to obstruct the light coming from windows and doors of the rooms; subsequently, a pinhole was made in one of such cloths. The result was a room in the darkness, except for a glimmer of light coming from the pinhole. This light, coming from outside, was reflected on the wall located at the opposite side of the light source and, due to the laws of optics, inverted the images from the outside world on the wall. Thus, by taking advantage of this technique, the white walls of the rooms were transformed in white canvas where the exact representation of what was present outside the house appeared, magically, turned upside down.

At the centre of each room, a single individual wears a mask covering its nose and mouth, thereby representing the isolation enforced by the pandemic.

In this way, these pictures become a metaphor of our lives, turned upside down by the COVID-19 pandemic. 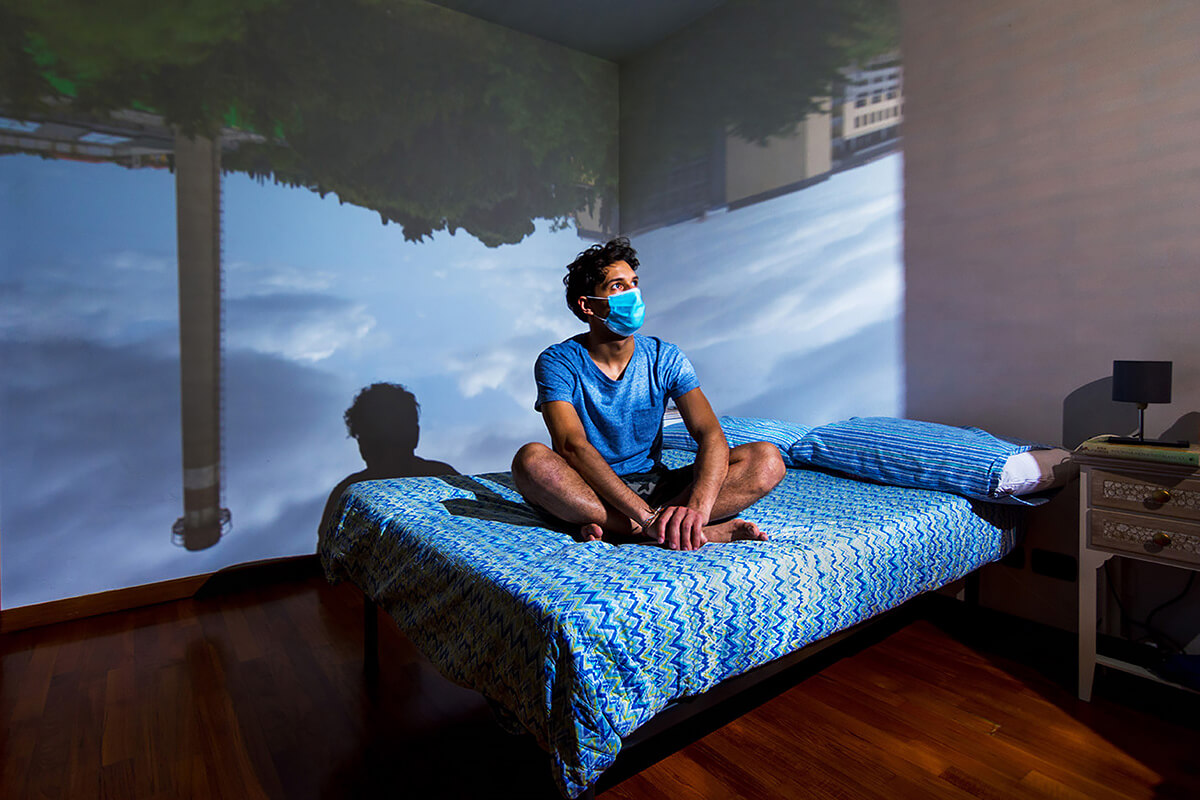 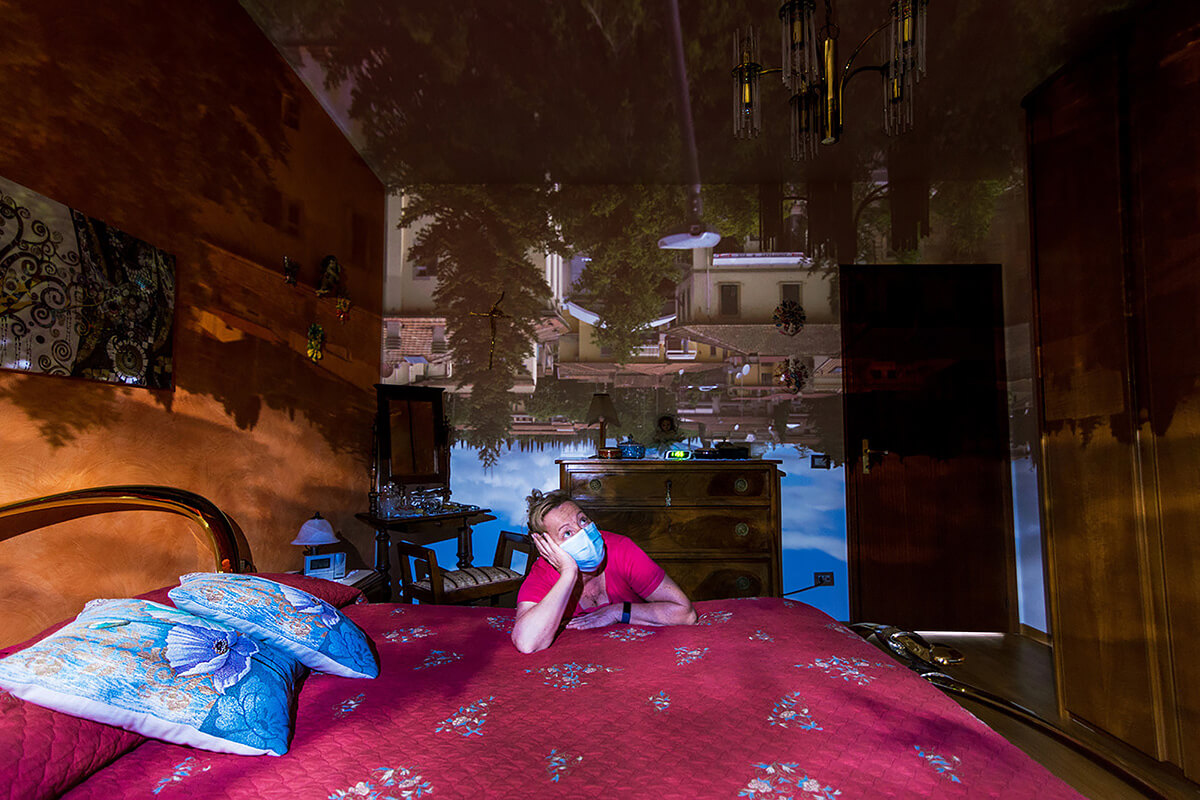 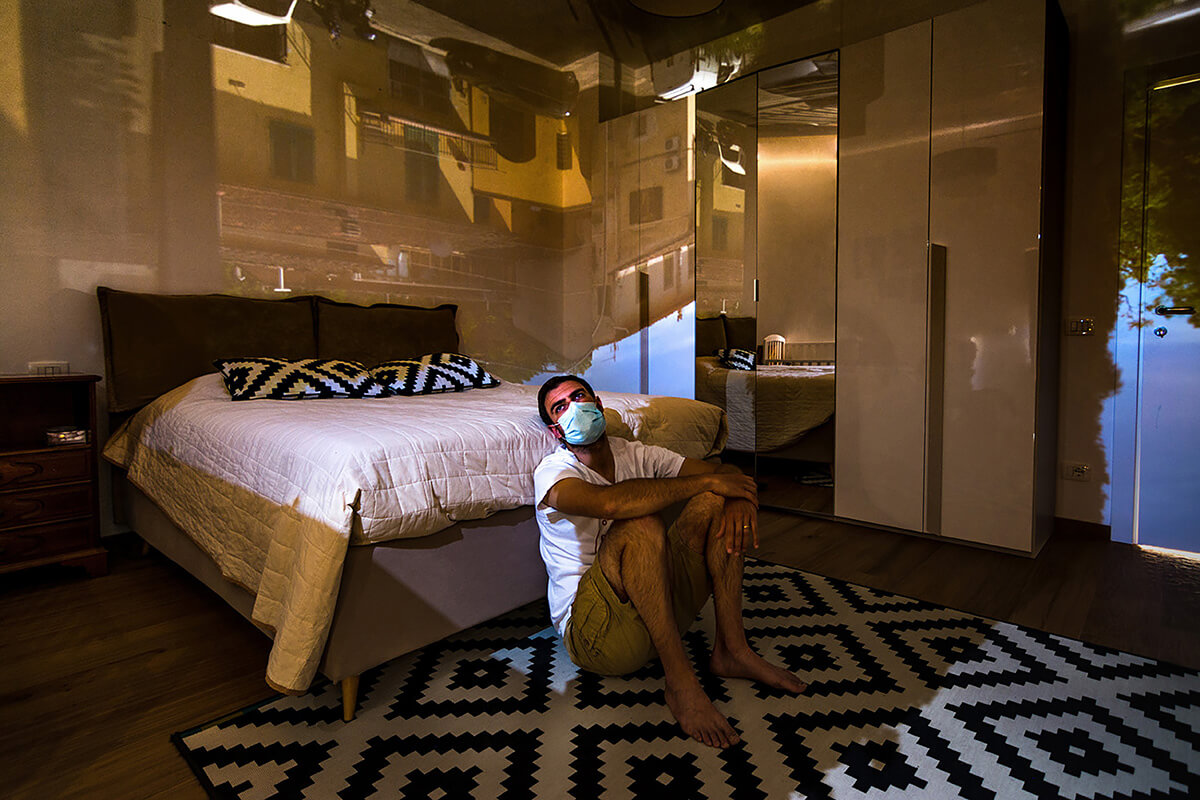 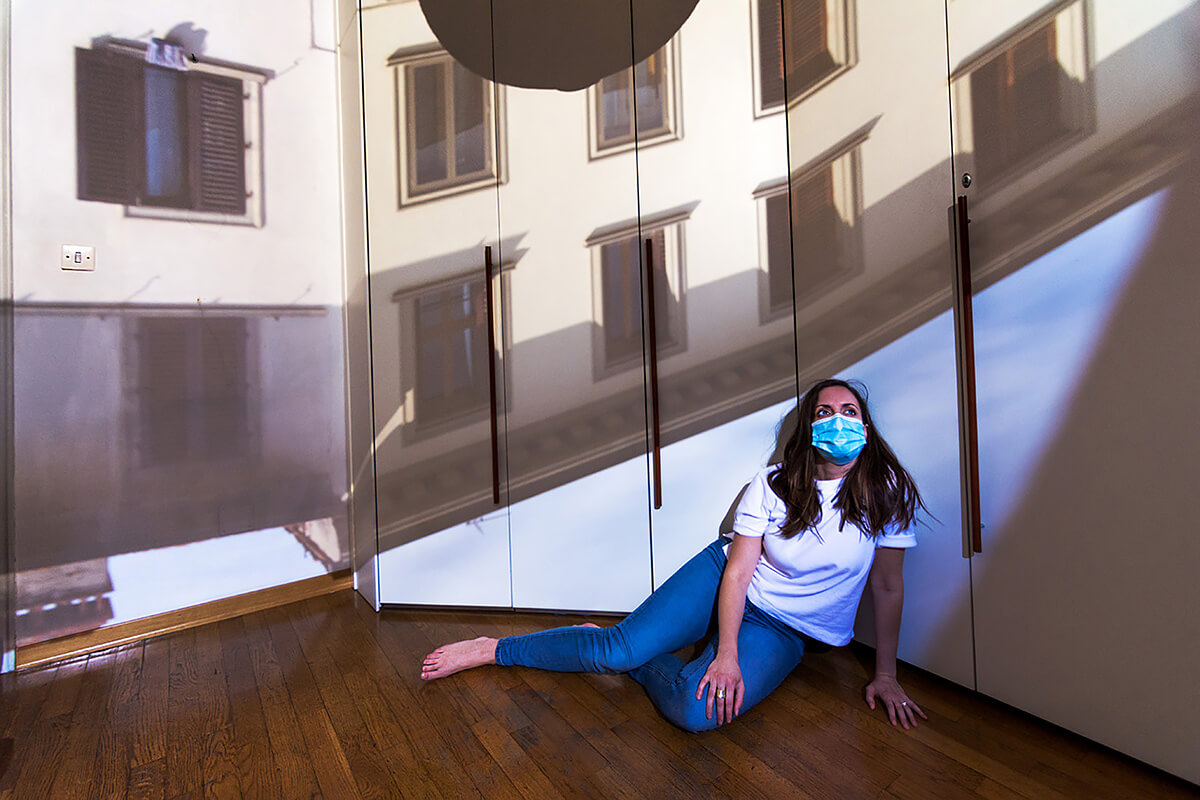 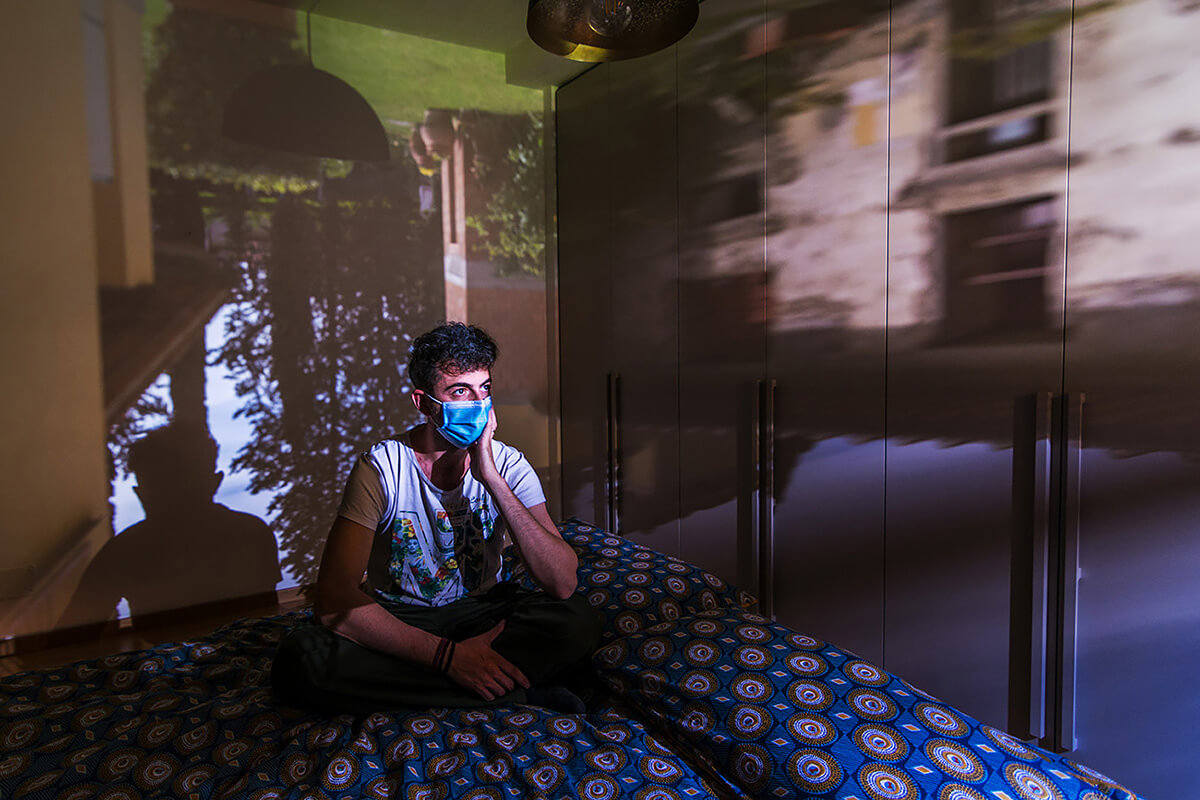 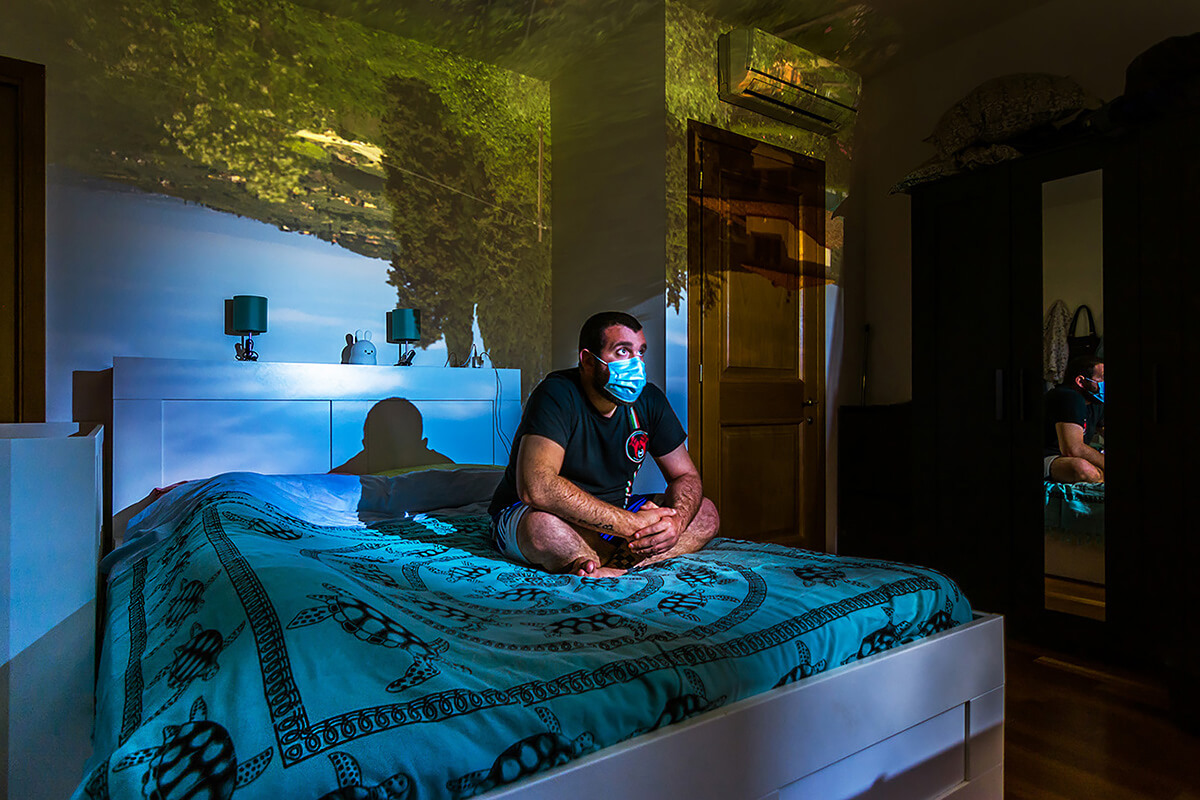 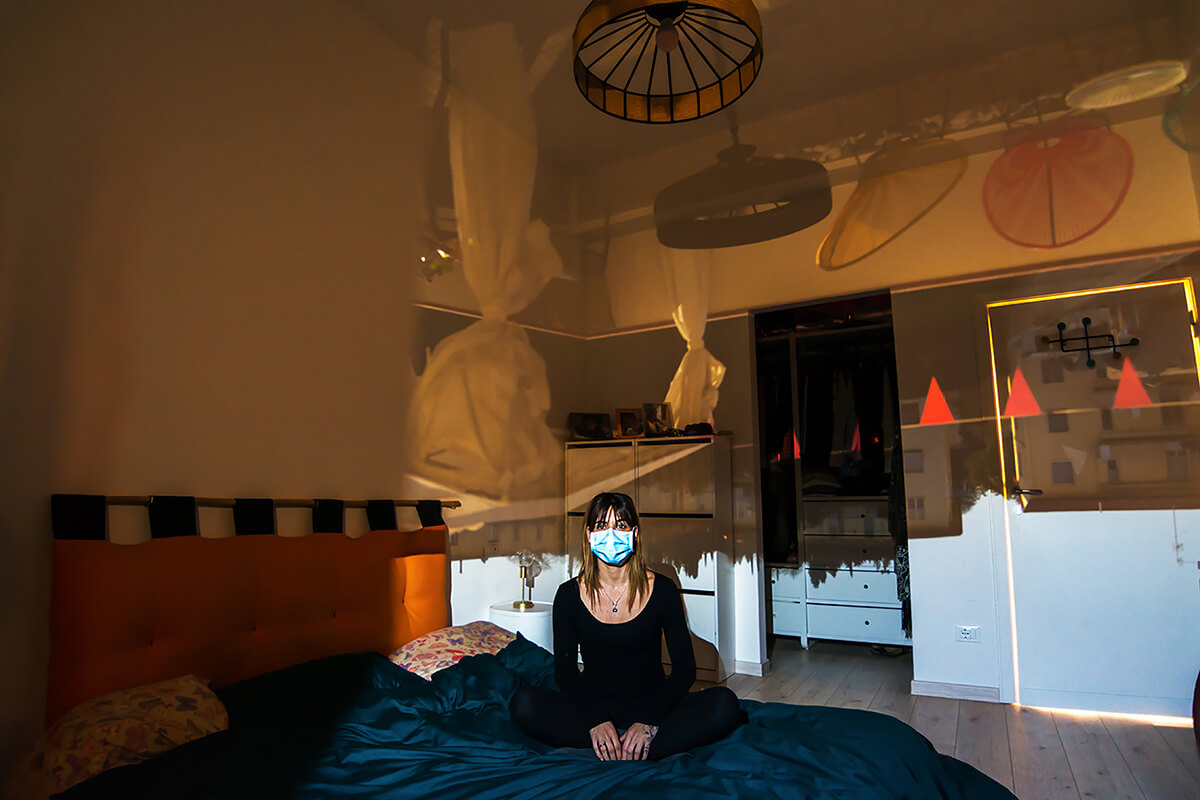 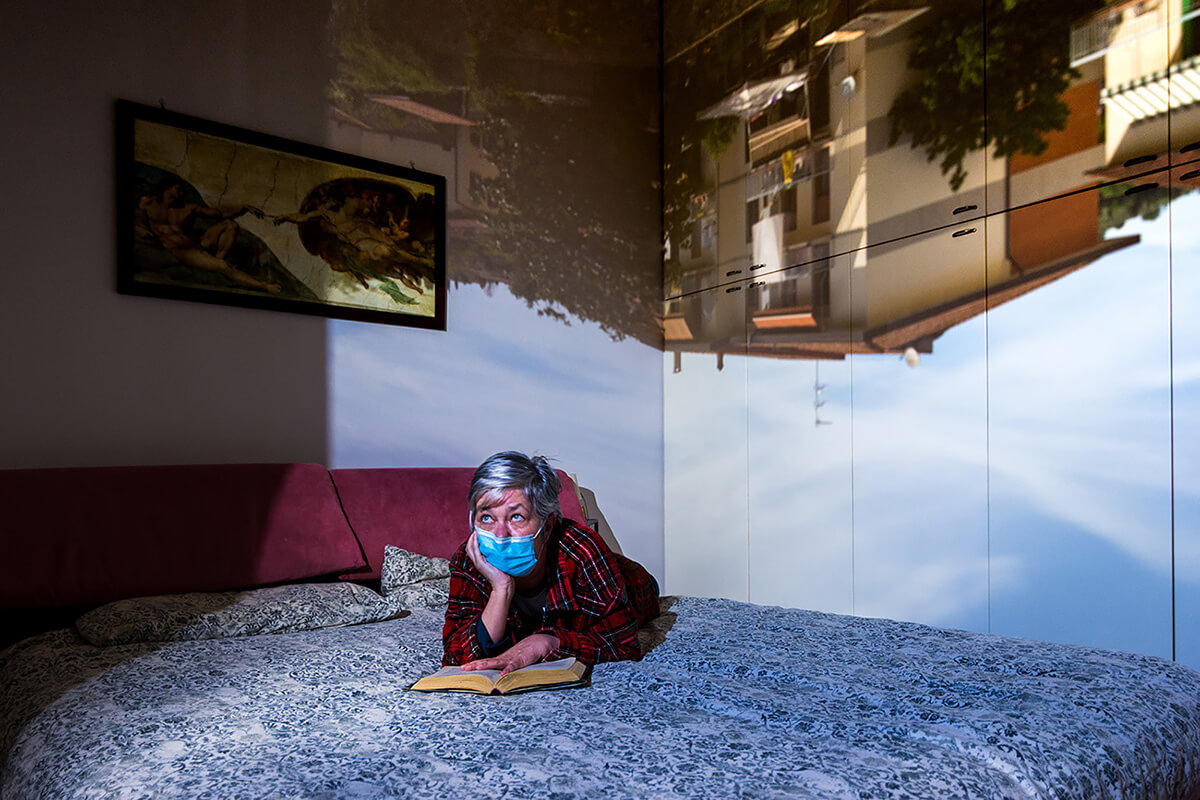 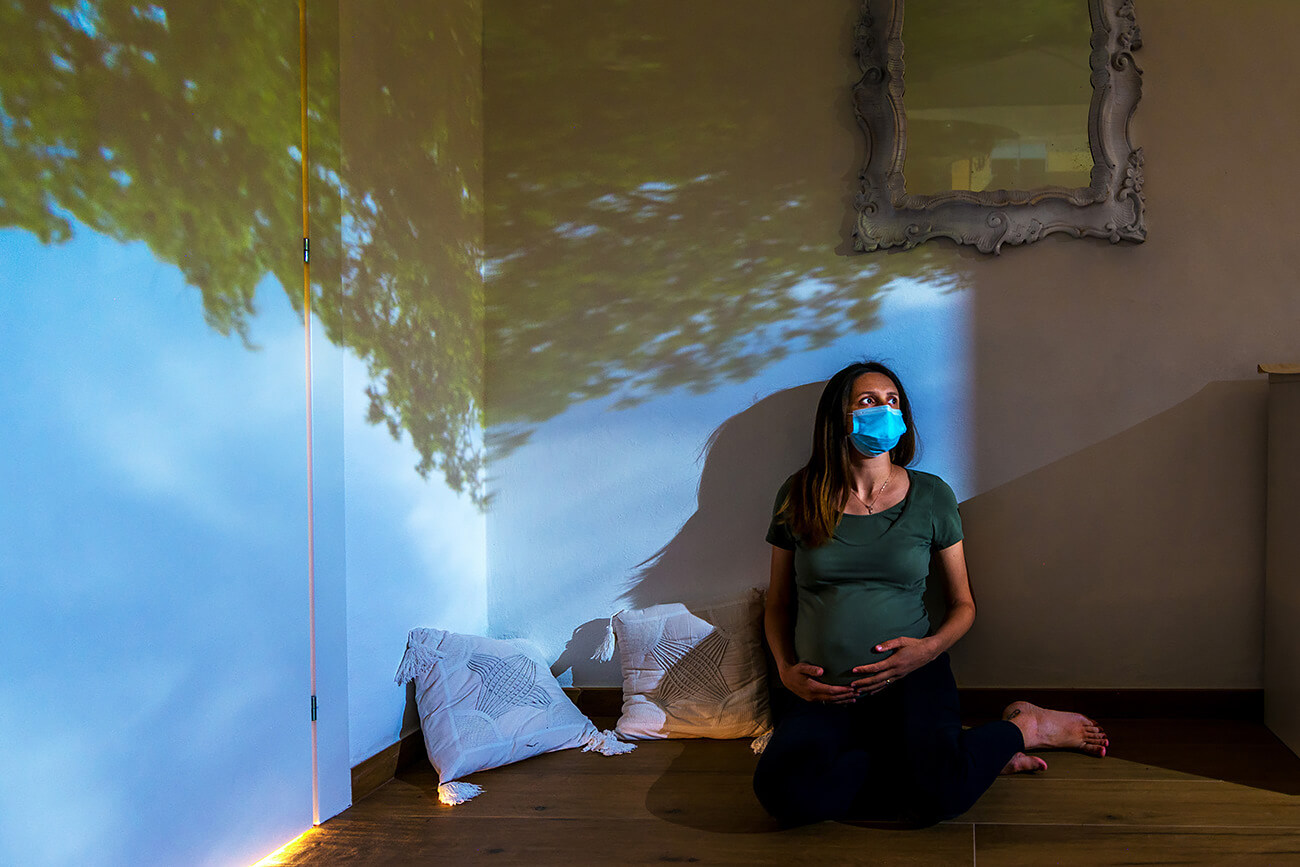