Posted on September 20, 2019 - By The Royal Photographic Society
Share 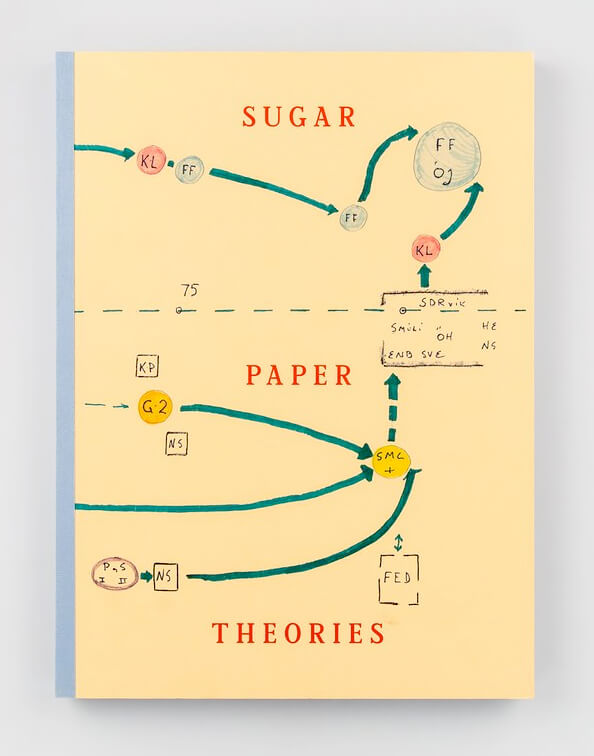 Sugar Paper Theories will be exhibited at the Royal Photographic Society, Bristol from 12 October - 22 December 2019

British photographer Jack Latham and his Sugar Paper Theories photography project documents one of the most controversial murder cases in Iceland's history where those charged had no recollection of the murder taking place. It happened 45 years ago but still has the country transfixed due to the wrongful prosecution of six people who were subject to extremely dubious interrogation methods and after a number of years in prison were acquitted leaving the case unsolved and conspiracy theories about the Icelandic government rife. Using his own photography and archival images from the original investigation it's a fascinating project which I thought would be of interest.

Sugar Paper Theories will be exhibited at the Royal Photographic Society, Bristol from 12 October - 22 December 2019 (its first showing in the UK having been exhibited at Reykjavik Museum of Photography) and a second revised edition of the photobook is being published by Here Press to coincide with this as the first sold out quickly and was nominated for the Paris Photo first PhotoBook Award. Since the first edition in 2018 there have been huge changes with the case with an appeal at the Icelandic Supreme Court where all but one of the six prosecuted acquitted. One, a woman Erla Bolladottir, who was cruelly separated in solitary confinement from her 11 week old daughter for months, remains convicted of perjury. She has contributed a foreword to the second edition and there is updated text following the appeal by Professor Gisli Gudjónsson CBE, who was a young policeman in Reykjavik at the time and is now a leading forensic psychologist whose expert testimony and pioneering theory of 'memory distrust syndrome' helped free the Birmingham Six and Guildford Four as well as being key to this appeal.

Jack Latham has documented the places and people that feature in the many varied accounts of what happened to Gudmundur and Geirfinnur after they vanished, resulting in his Sugar Paper Theories project. Spending time with the surviving suspects, as well as whistleblowers, conspiracy theorists, expert witnesses and bystanders to the case, Latham's photographs and material from the original police investigation files stand in for memories real and constructed. 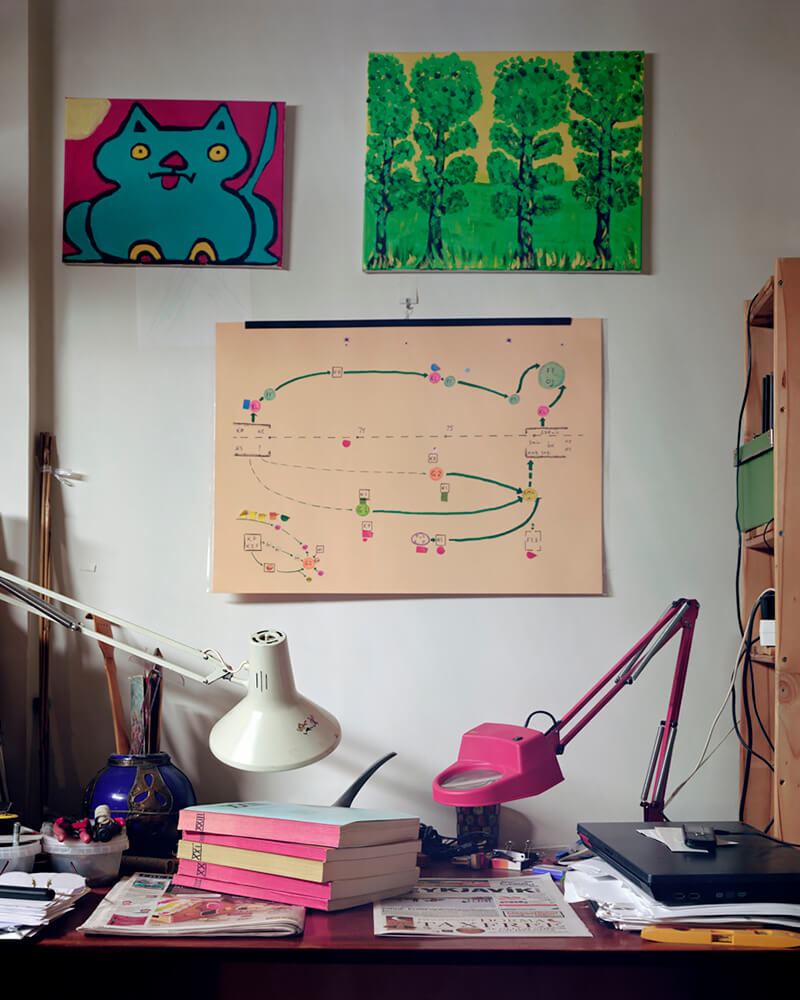 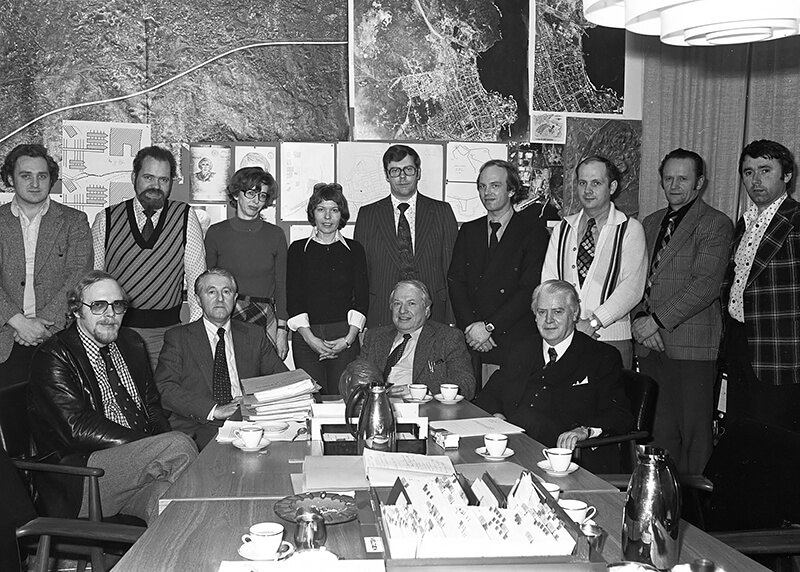 Forty-five years ago in 1974, two men went missing in separate incidents in Southwest Iceland. The facts of their disappearances are scarce, and often mundane. An 18 year old set off from a nightclub, drunk, on a ten kilometre walk home in the depths of Icelandic winter. Some months later, a family man failed to return from a meeting with a mysterious stranger. In another time or place, they might have been logged as missing persons and forgotten by all but family and friends. Instead, the Gudmundur and Geirfinnur case became a notorious unresolved double murder investigation that continues to rock Icelandic society to this day.

Latham photographed the places and people that feature in the many varied accounts of what happened to Gudmundur and Geirfinnur after they vanished, resulting in his Sugar Paper Theories project. Spending time with the surviving suspects, as well as whistleblowers, conspiracy theorists, expert witnesses and bystanders to the case, Latham's photographs and material from the original police investigation files stand in for memories real and constructed.

In the 1970s theories about the disappearances fixated on Iceland's anxieties over smuggling, drugs and alcohol, and the corrupting influence of the outside world. The country's highest levels of political power were drawn into the plot. Ultimately, a group of young people on the fringes of society became its key protagonists. All made confessions that led to convictions and prison sentences. Yet none could remember what happened on the nights in question. 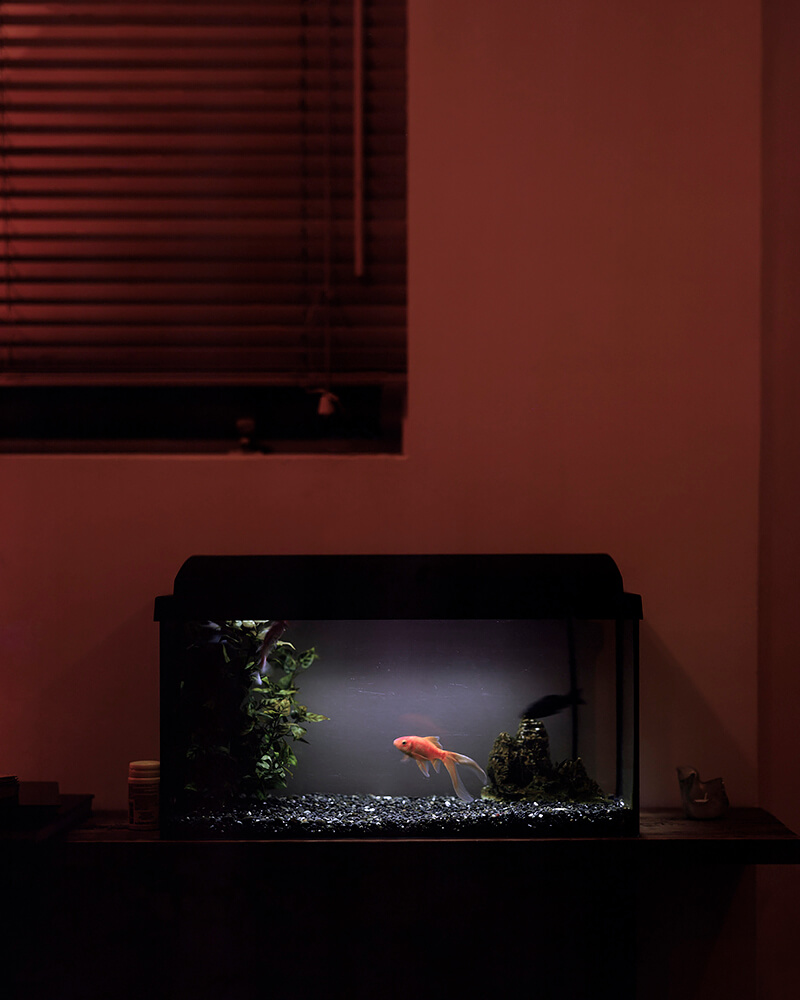 A public inquiry and subsequent appeal uncovered another story, of how hundreds of days and nights in the hands of a brutal and inexperienced criminal justice system eroded the link between suspects' memories and lived experience. In September 2018 all but one of those prosecuted were acquitted by Iceland's Supreme Court. The fight to clear the remaining suspect of perjury charges in this heinous crime continues while the real perpetrator(s) has never been caught.

Professor Gisli Gudjónsson CBE, a former Reykjavik policeman and forensic psychologist, whose expert testimony and pioneering theory of 'memory distrust syndrome' helped free the Birmingham Six and Guildford Four, and who was central to the Gudmundor and Geirfinnur inquiry, provides a detailed written account of the case. Updated since the first edition of Sugar Paper Theories, Gudjónsson's text examines the investigation in light of the subsequent appeal.

An introduction by Erla Bolladottir, the only one of the six prosecuted whose charges, for perjury, remain in place, reveals first-hand what it was like to have one's memories and actions unrepentantly put into question and infiltrated by those whose job it is to supposedly preserve the truth.

Both Gudjónsson and Bolladottir will be in conversation with Latham about Sugar Paper Theories and the Gudmundor and Geirfinnur case at The Royal Photographic Society on 16 November, as part of the events programme surrounding the exhibition. 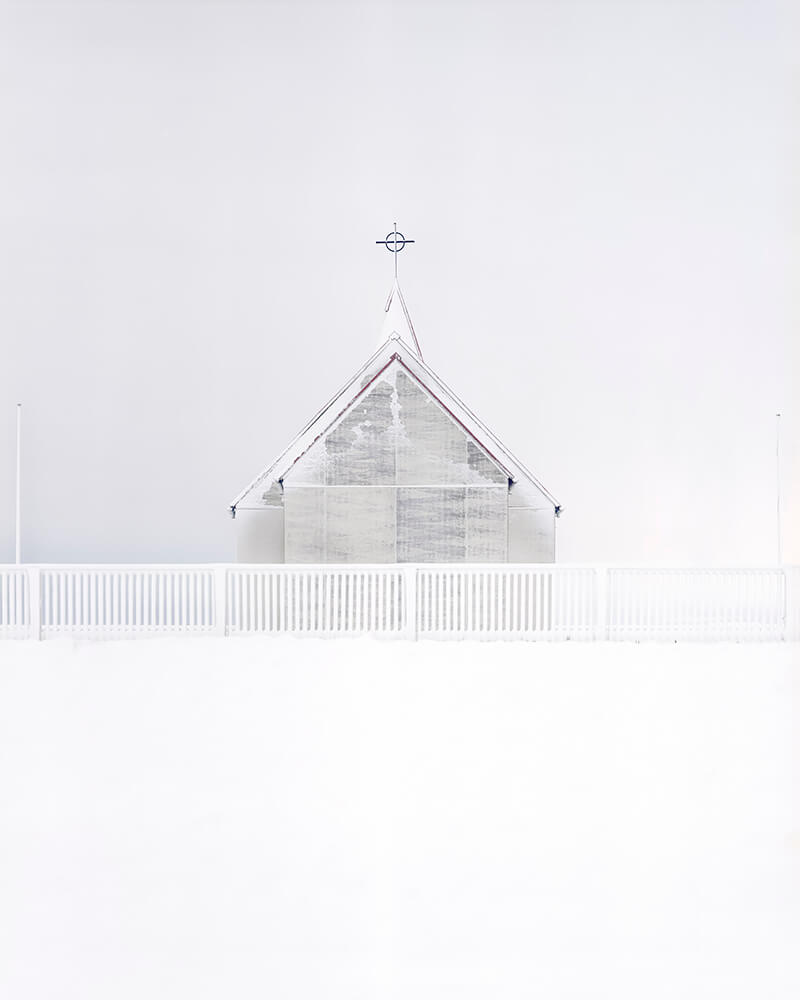 All about Jack Latham:

Jack Latham is a photographer based in Bristol. He is the author of several photobooks, A Pink Flamingo (2015), Sugar Paper Theories (2016) and Parliament of Owls (2019). His work has featured in a number of solo shows which include, Reykjavik Museum of Photography and TJ Boulting Gallery. Latham's projects have also gone on to win multiple awards including the Bar-Tur Photobook award (2015), Image Vevey - Heidi. News Prize (2019) & the BJP International Photography Award (2019)

His latest project, Parliament of Owls, focuses on Bohemian Grove, a private gentlemen's club in Northern California and the dangers of not providing context to the public. 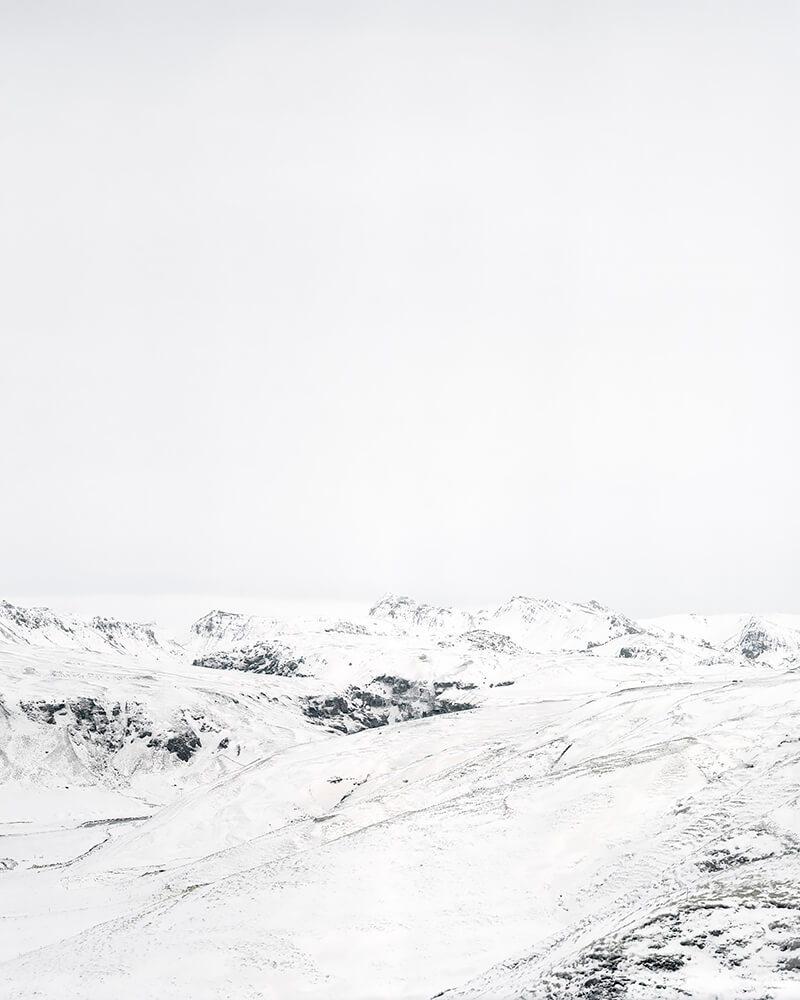 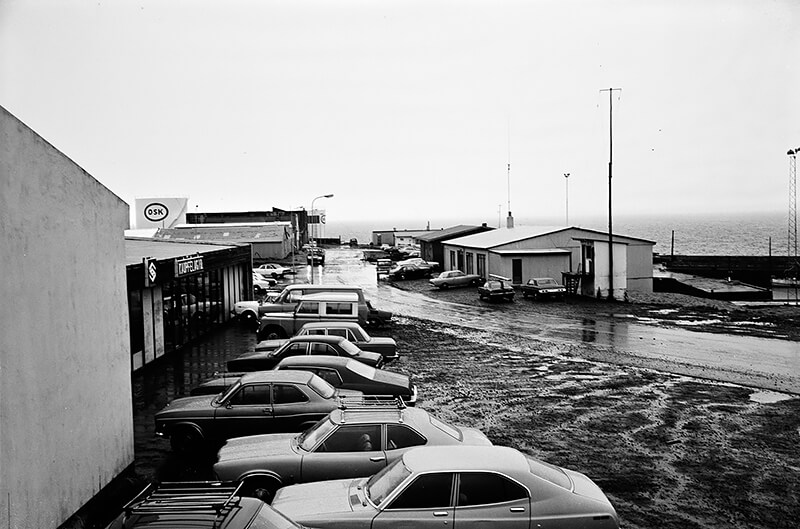 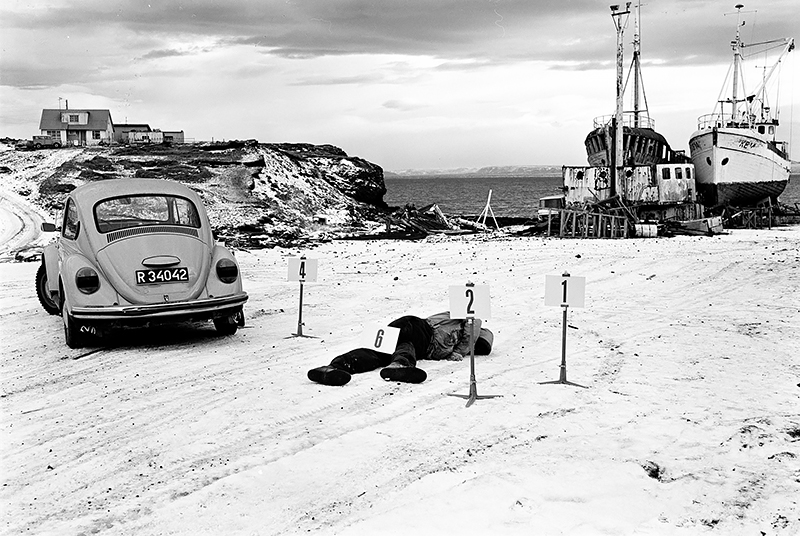 All about Jack Latham