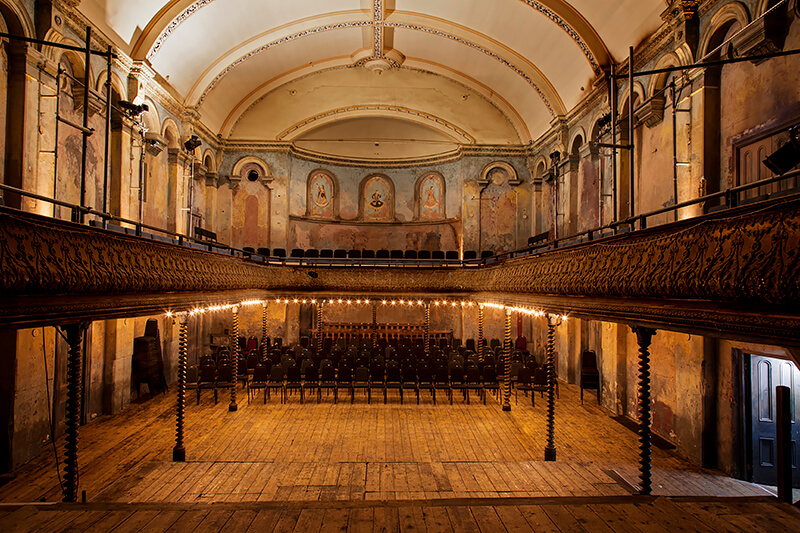 London's Great Theatres offers an intimate look behind the curtains of London's iconic theatres, from the West End to Hackney. The acclaimed actor and director Simon Callow provides informative and personally insightful commentaries for each of the 28 theatres, to accompany Derry Moore's striking photographs. The images show the theatres as they have never been seen before; in sweeping portraits or in intimate detail, as the book unlocks each building and demonstrates the role of London's theatres in society throughout the last few centuries. London's Great Theatres by Simon Callow and Derry Moore is a new book of exquisite photography and engaging insights exploring the remarkable playhouses of the city from the West End to the South Bank, Westminster to Hackney.

Derry Moore expertly captures every angle, from the best seat in the house, to the grand entrances and sweeping city views, exploring the architectural detail of each building and interior. Those with a keen eye for detail will enjoy the book's observations of often hidden features, almost out of sight when the theatre is packed with crowds, ranging from flamboyant Rococo Baroque friezes and William Edward Trent's Art Deco mermaids to painted marble pilasters, and elaborately framed mirrors.

Accompanying Derry's stunning photographs is engaging and witty commentary from actor, writer and director Simon Callow. Callow shares his expansive knowledge of each theatre's history, from the stars who tread the boards to the number of times a theatre has been demolished and rebuilt more lavishly than before. His texts are a key that unlocks each magnificent building and demonstrate the London's theatre's role in society throughout the last few centuries.

The authors have chosen 28 theatres to unpick in rich detail, including The Old Vic, The Adelphi, The Apollo Victoria, the Hackney Empire, Wilton's Music Hall and the Royal Court among many others. 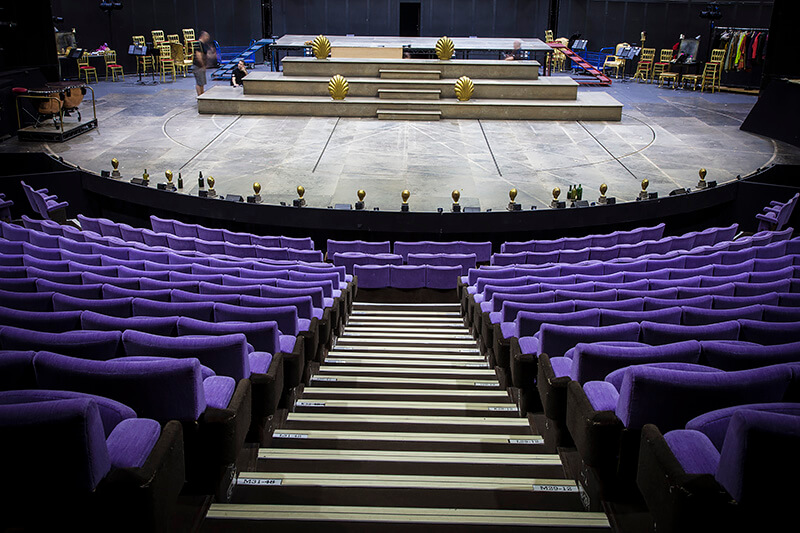 View to the stage at the National Theatre © Derry Moore

Derry Moore is a British architectural photographer and portraitist. He is the author of An English Room (2013), In the Shadow of the Raj (2017), and Great English Interiors (2018), all published by Prestel.

As well as many private collections, Derry's work is in the collections of the Metropolitan Museum of Art, New York and The National Portrait Gallery, London, which has 38 of his portraits in their collection. In 2005, Moore's portraiture was the focus of a small retrospective at the National Portrait Gallery, which featured his photographs of Helena Bonham Carter, John Gielgud, Rudolf Nureyev, Alan Bennett, David Bowie and the late Princess of Wales, amongst others. 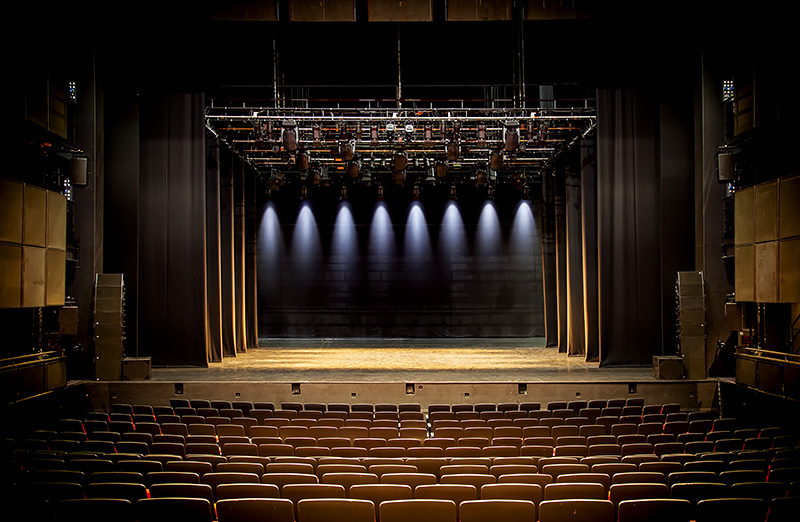 Simon Callow, CBE, is an acclaimed actor, writer and director, best-known for the films Amadeus, Four Weddings and Funeral, A Room With A View and Shakespeare in Love.

Callow's first role in the theatre was working for Sir Laurence Olivier – in the box office of the National Theatre. This offer of work came by return of post following a fan letter to Olivier. It was while watching actors rehearse that Simon realised that acting was something he wanted to do.

Recent stage work includes Equus, Waiting For Godot, Shakespeare: The Man From Stratford, and he starred in Bath in Noël Coward's Present Laughter.

Founded in 1924 and with over 500 English titles in print, Prestel Publishing is one of the world's leading publishers in the fields of art, architecture, photography and design. The company has its headquarters in Munich, offices in New York and London, and an international sales network.

Prestel is one of the world's leading independent illustrated book publishers with a stunning list of beautifully crafted books. From the latest pop culture and fashion to major exhibition catalogues, Prestel ensure that quality reigns throughout everything they publish. Prestel is the publisher for art lovers, designers and those with an eye for beauty - young and old alike, Prestel appeals to all those with a passion for visual culture.

Since the very beginning, Prestel has emphasised quality. This has won the company wide recognition and numerous awards in the publishing world.
Stay up-to-date  with call for entries, deadlines and other news about exhibitions, galleries, publications, & special events.
Advertisement