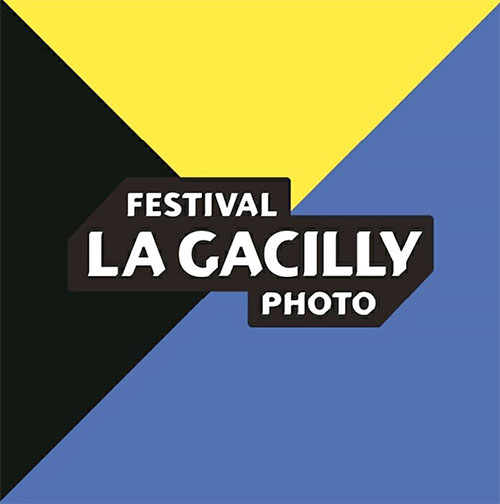 ENLIGHTENING THE WORLD THROUGH THE PHOTOGRAPHER'S LENS

Major environmental and social challenges lie at the heart the La Gacilly Photo Festival and have shaped its programme for 16 years now, raising awareness and enlightening the world through the photographer's lens. Such is the vision of this unique photography festival.
The La Gacilly Photo Festival has always taken a long-term perspective, fir-mly convinced that culture and especially photography - the ideal medium for conveying emotions and an open outlook - can be used to enhance the area's appeal.
Over the years, the Festival has become a highlight on the national and inter-national photography calendar and there is now even a sister event in Baden, Austria.
I would like to thank our public, private and technical partners along with all the municipal staff and the active members of the La Gacilly Photo Festival association.
For the village of La Gacilly, culture is key to creating a community that res-pects and embraces our differences. This is why, in 2018, we inaugurated the Artémisia cultural and congress centre where everyone can come and discover artists working in an array of disciplines, all year round.
Jacques Rocher Mayor of La Gacilly and founder of the La Gacilly Photo Festival

A PHOTOGRAPHY FESTIVAL WITH A COMMITTED STANCE

Every year, the La Gacilly Photo Festival attracts over 300,000 visitors to Brittany and 200,000 to Baden in Austria. Thanks to its presence in railway stations across Brittany and Paris, it also reaches out to hundreds of thousands of passengers between early June and late September. Add to that the several million views shared on social media in over 45 countries, and we can safely conclude that the dream has come true! The La Gacilly Photo Festival is alive and flourishing! It astounds, surprises, disturbs, disconcerts, challenges and enriches our lives. It veers from the paths reserved for contemporary art and reaches out to local people, tourists, travellers, bloggers and internet users of every generation. It connects them to the same reality, wherever they are. It brings people together, virtually and in real life. It is now natural to see passers-by take photographs of the prints on show and of the people looking at them, ready to post online. People have adopted the Festival as their own.

This rich cultural scene is thus the perfect stage for going to the heart of matters and exhibiting the best, the sometimes tragic and the simply wonderful - the things that encourage us to change perspective and shake up our value sys-tem. Photography has to surprise if it is to provide a sharper view of reality. The temptation to use the Festival's committed stance to People and Nature to urge everyone to choose moderation over abundance, quality over quantity, better over more and usefulness over gadgets is irresistible! Photography in the public space provides a collective stimulus, brings meaning and forges ties between the artists and the general public. It fosters exchange, interaction and dialogue. It can bring us new possibilities.

Restrained or forceful, modest or majestic but never minor or insignificant, the photographs exhibited at the La Gacilly Photo Festival are right in the heart of things, where everything happens, moves and exists. Regardless of whether the La Gacilly Photo Festival is your point of departure or arrival, a stopover, a stage of a trip, your origin or your destination, it is a place that unites visitors and inhabitants, somewhere firmly rooted in its territory yet open to the world. You never know where your next journey will take you!

EASTERN EUROPEAN PHOTOGRAPHY IN THE SPOTLIGHT

All Eyes East. Against this background, it is no coincidence that we have chosen to show-case the creative power of photography from Russia and its neighbouring countries. Firstly, because 2019 marks the 30th anniversary of the fall of the Soviet Empire and the start of an uprising against the yoke of totalitarianism. But also because this air of freedom came with a remarkable surge of artistic energy as the straitjacket was shrugged off. Contemporary photography has benefited from this, and we wanted to highlight talented photographers from Russia, Poland and Estonia, who are still largely unknown in France

Sergey PROKUDIN GORSKY
Russie : The COLOURS OF THE EMPIRE

Justyna MIELNIKIEWICZ
Poland : UKRAINE & KASAKHSTAN : THE SENS OF A NATION

Guillaume HERBAUT
France : IN THE EATS, THE FORESTS STAND DEFIANT

All about the Festival