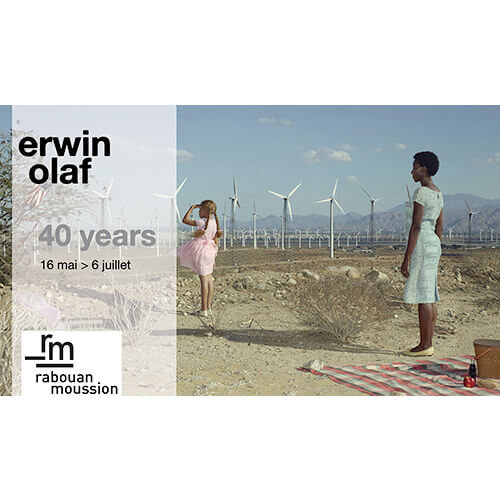 To mark the forty years of Erwin Olaf's career, Galerie Rabouan Moussion is presenting a French exclusive of his latest series: Palm Springs. This exhibition of photographs and videos also celebrates fifteen years of collaboration between the Dutch photographer and the Paris gallery.

PALM SPRINGS CONCLUSION OF A TRIPTYCH
Following Berlin (2012) and Shanghai (2017), Palm Springs concludes his triptych on changing cities. Berlin was produced at a time when dark clouds were heaping up over Europe with the questioning of freedom of expression, democracy and the transmission of power from the older generation to the younger.In Shanghai, a hypermodern Chinese metropolis, Olaf examines what happens to an individual in the midst of 24 million people.With Palm Springs it is climate change that is at the heart of his thinking; his treatment is reminiscent of America in the 1960s.

There are many thorns in Olaf's California - and people show less optimism than in his previous series. Palm Springs could be the third part of a trilogy or the third series with a new tone that is now Olaf's. It is becoming increasingly clear that Erwin Olaf is no longer playing (if, that is, he ever really was). Berlin, Shanghai, Palm Springs... all poisoned in various ways, all betraying their promise, leaving only profits - and losses. Francis Hodgson 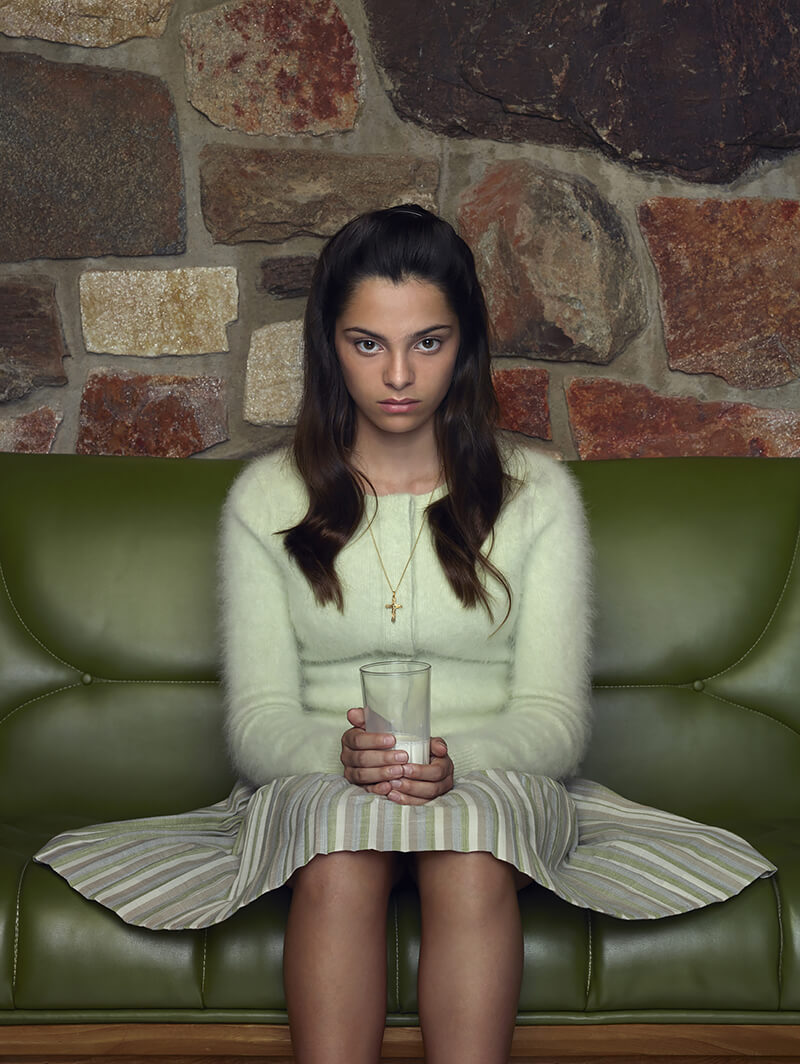 Palm Springs (2018) is at once a progression (this is the first time I have photographed landscapes) and a step back. I returned to the 1960s. I love the mid-century details in Palm Springs and the stories they evoke. I had studied Gordon Park's photos, a very different way of seeing America than that of Norman Rockwell. What interested me was the stylized documentary. I wanted to introduce the real world a little more. I loved all the details of the places we photographed, for example a yellowed lawn because it was very hot and dry. My team was preparing to spray it green, but I preferred to leave it as it was because it was the reality of our time, where the climate is changing, while we stay in our closed communities. Reality is creeping into the paradise we're desperately trying to maintain. As a story emerged during the work and selection of photos, I began to consider this as a parable about the distribution of wealth, so unjust and so unsustainable in the long run, between the different classes of our society. Erwin Olaf 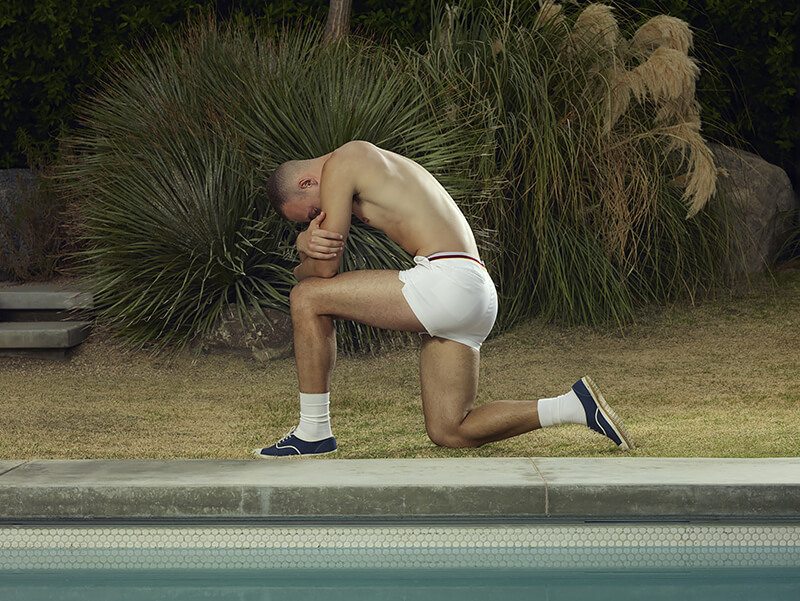 What I'd like to see in my photographs is a perfect world with a crack inside. My job's to first make the image attractive enough to make people want to look at the story I tell them, and then to give them a slap in the face. Erwin Olaf

ERWIN OLAF AND THE RABOUAN MOUSSION GALLERY
It is no coincidence that it was with the Erwin Olaf exhibition, Waiting, that the gallery celebrated the opening of its new space on rue Pastourelle in Paris in 2015. This baptism is a testimony to a collaboration going back almost 15 years to his first exhibitionParadise, Mature and Separation, the title of his three emblematic series. Erwin Olaf has lived and worked in Amsterdam since the early '80s. He was discovered by the international art scene with his series Chessmen, which won him first prize in the Young European Photographer contest in 1988.Since then he has explored the social issues and taboos of our society on issues of gender, sensuality, despair and grace. After his major solo exhibition Emotions at La Sucrière de Lyon in 2013, the 2016 annual nocturnal arts festival Nuit Blanche marked a new stage in the artist's refined, singular career, with the realization of a site-specific work projected on the facades of the Hôtel de Ville de Paris (Paris City Hall), That Nuit Blanche allowed him to establish his reputation in France.In 2017 the gallery presented the images produced for band Indochine's album 13, a series inspired by Henry Darger. 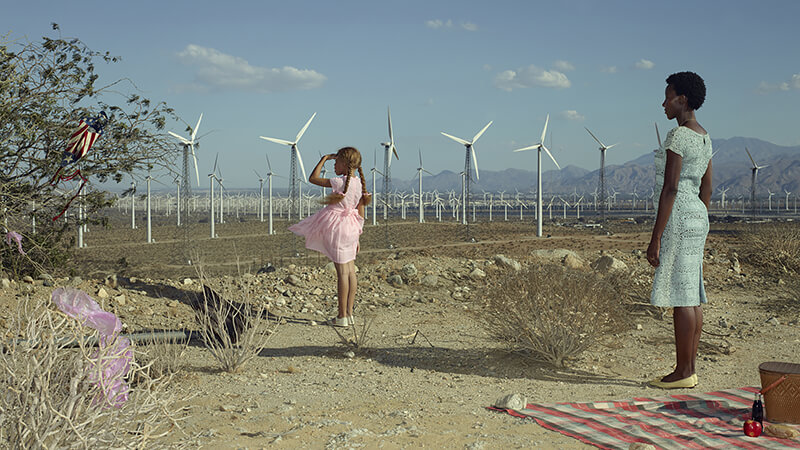