Will Burrard-Lucas: The last images of the Elephant Queen 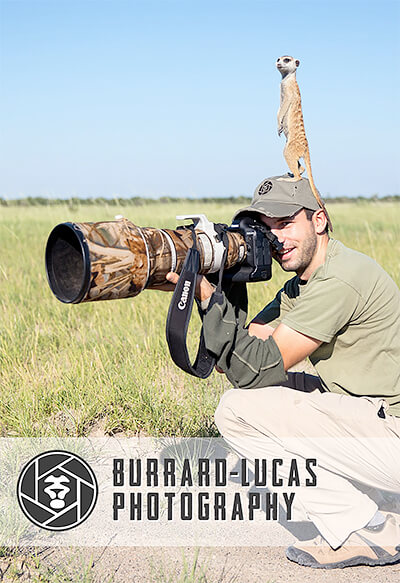 British wildlife photographer, Will Burrard-Lucas, in partnership with Tsavo Trust and Kenya Wildlife Service, has photographed a remarkable female elephant in Kenya. Her tusks were so long that they scraped the ground in front of her as she walked. If there were a Queen of Elephants, it would surely have been her. These are amongst the last images ever captured of her, for shortly after they were taken, she died of natural causes.

The images show the old elephant drinking at waterholes, eating acacia branches and striding towards the camera. The pictures were taken with BeetleCam - a remote-control camera buggy first developed by Will Burrard-Lucas in 2009 to capture close-up photographs of potentially dangerous African wildlife. The technique provides an intimate and spectacular perspective, showing the elephant's amazing tusk stretching down towards the camera.

F_MU1 was an incredible elephant. For more than 60 years, she lived a peaceful life in a quiet corner of Tsavo in Kenya.

When I first saw her I was awestruck, for she had the most amazing tusks I had ever seen. If I hadn't looked upon her with my own eyes, I might not have believed that such an elephant could exist in our world. If there were a Queen of Elephants, it would surely have been her.

These are amongst the last images captured of her. Shortly after they were taken, she died of natural causes. She had survived through periods of terrible poaching and it was a victory that her life was not ended prematurely by a snare, bullet or poisoned arrow.

F_MU1 was an elephant that few people outside Tsavo knew about. Photographing her, in partnership with Tsavo Trust and Kenya Wildlife Service, was one of the greatest honours of my career. What follows is the story of how I came to capture these images... 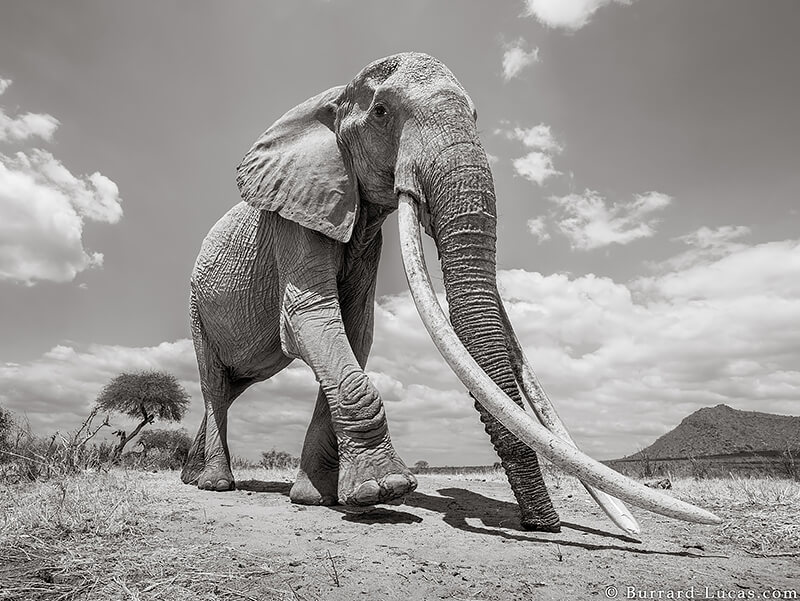 As a wildlife photographer, a subject like F_MU1 is incredibly rare; a creature that is unique - possibly the most remarkable of her kind - and yet an animal that few have photographed before. The time I spent with her was a real privilege.

There is a new nature documentary titled The Elephant Queen featuring one of Tsavo's beautiful cow tuskers (a different individual I believe). It has not been released yet but keep an eye out for it as I am sure it is going to be incredible.

I would like to thank Kenya Wildlife Service for the crucial support they provided. Thanks also to Sony for a grant that helped fund this project. Thank you to my friend Chris Gordon for first introducing me to Richard Moller. Finally, thank you to Richard Moller, the Tembo 2 team - Kyalo, Katana and Christine - and everyone at Tsavo Trust, without whom I never could have captured these images. 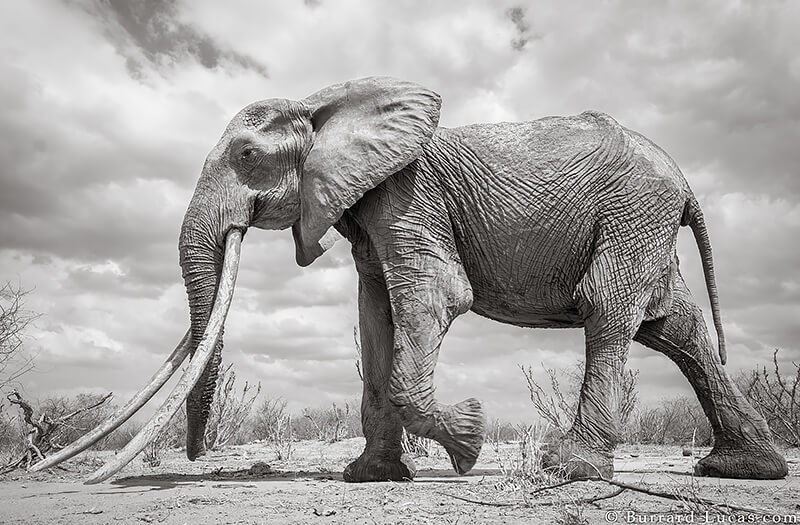 These photographs are featured in my new book, Land of Giants which also includes several of Tsavo's other iconic tuskers. Land of Giants will be released on 20th March and is available to pre-order from WildlifePhoto.com and Amazon UK. You can find out more about the book at www.landofgiantsbook.com

Will Burrard-Lucas embarked on this projects with the Tsavo Trust in 2017 and it lasted almost two years. 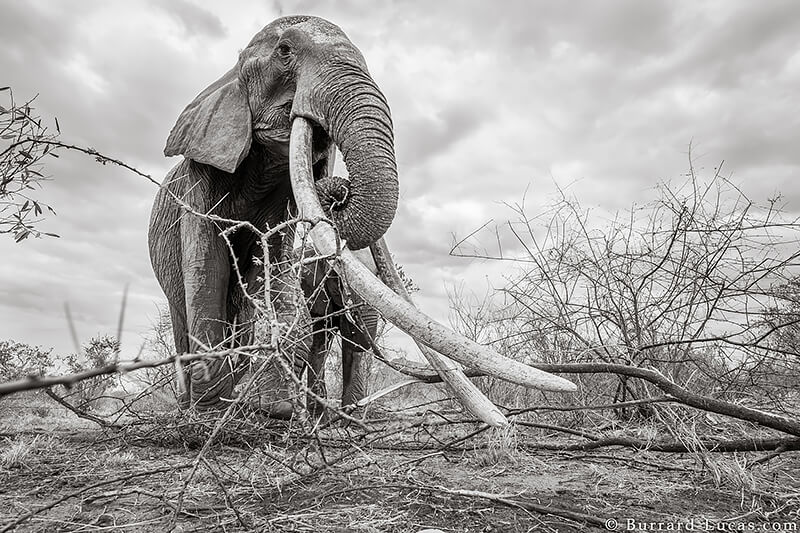 About Elephants of Tsavo

Tsavo in Kenya is home to some of the last remaining big tuskers - elephants with tusks weighing in excess of 100lbs on each side. It is thought that there are less than 20 of these elephants left on Earth, and almost half of them are in Tsavo. Many of them live in remote, inaccessible areas and are rarely photographed. For the book, Tsavo Trust helped Will Burrard-Lucas track down and photograph two cow tuskers and four bull tuskers, including LU1, the largest of all. 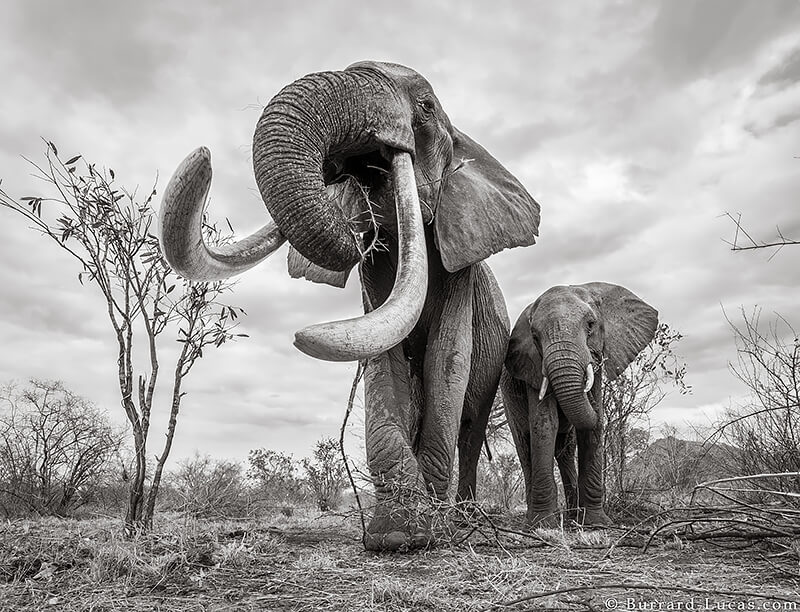 About Land of Giants - the book

These photographs are part of a larger series documenting the elephants of Tsavo and the work of Tsavo Trust. The full series is published in a new book titled Land of Giants.

The book features 150 previously unseen black and white photographs, taken over the course of an expedition in 2017 and two expeditions in 2018. Approximately a third of the images were captured with BeetleCam, making this the first significant collection of BeetleCam images ever to be published in a book.

The aim of the book is to support Tsavo Trust and communicate an inspiring message: that these amazing elephants are still out there and it is not too late to save them. 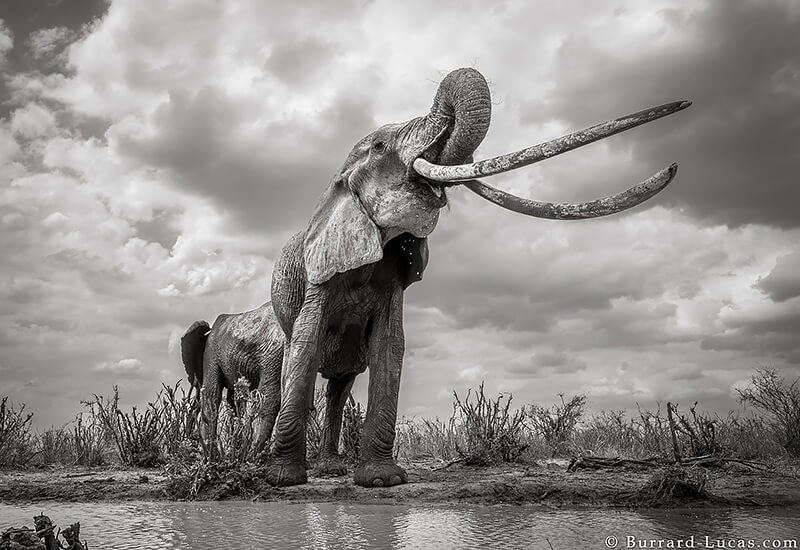 In an urgent response to a terrible surge in poaching, Tsavo Trust's Big Tusker Project was established to secure a future for the tuskers, before they were lost forever.

The challenge of protecting an area the size of Switzerland, with limited resources, is immense. However, Tsavo Trust is making a crucial and tangible impact through teams patrolling on the ground, regular aerial reconnaissance flights, community outreach initiatives and intelligence activities. 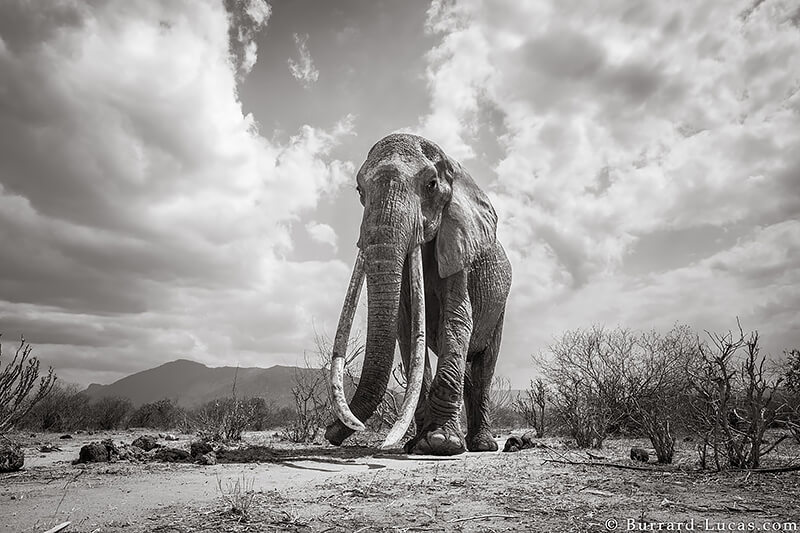 Will Burrard-Lucas is a British wildlife photographer. Since 2010 he has been a fulltime photographer and in 2013 he founded Camtraptions Ltd to turn his inventions for wildlife photography into products for other photographers and filmmakers. He is best known for using remote-control cameras and camera traps to capture close-up images of wildlife. 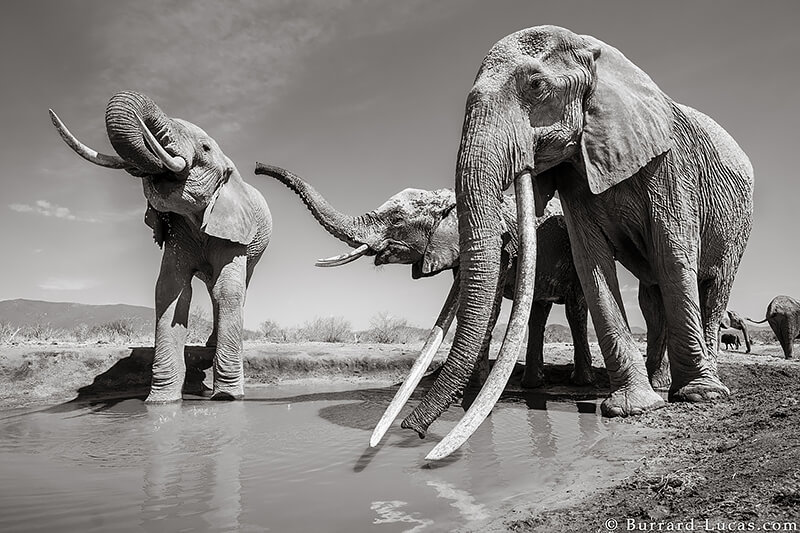 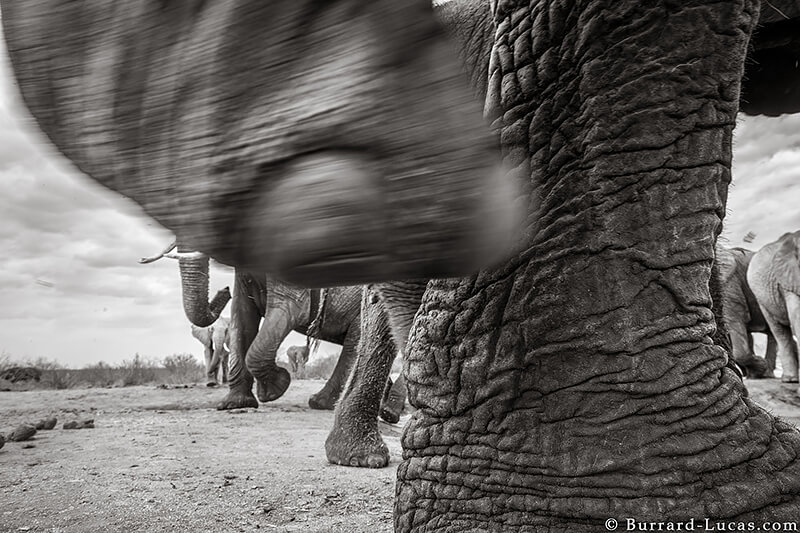