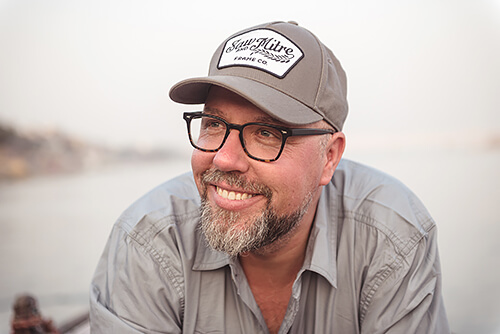 David duChemin is a world & humanitarian assignment photographer, best-selling author, and international workshop leader whose adventurous life fuels his fire to create and share. Based in Victoria, Canada, when he's home, David leads a nomadic life chasing compelling images on all 7 continents. When on assignment David creates powerful images that convey the hope and dignity of children, the vulnerable and the oppressed for the international NGO community. When creating the art he so passionately shares, David strives to capture the beauty of the natural world.

David's travel has taken him through winters in Russia and Mongolia, a summer on the Amazon, spending time among nomads in the Indian Himalayan and remote Northern Kenya. He's done assignment work in Ecuador, El Salvador, Dominican Republic, Haiti, Ethiopia, Malawi, DRC, Rwanda, Uganda, Bangladesh, among others, and pursued personal work in places like Iceland, Antarctica, Tunisia, Cuba, Vietnam, Kenya, and Italy. Drawing on a previous career in comedy, David is a dynamic and engaging itinerant presenter and educator. A driven artist, creative professional, entrepreneur and life-long adventurer, David educates and inspires through stunning visuals and hilarious travel stories, and insights, from a life spent outside and abroad.
David kindly accepted to answer a few questions:

All About Photo: Tell us about your first introduction to photography? Why did you stop your career in comedy?

"I've been a photographer since I was 14 years old, but the idea of doing it professionally didn't appeal to me for very long. In fact I spent some time doing work experience for a photographer in high-school and there was so little actual photographing going on that I decided to keep photography as a passion and a hobby and pursue other things. I left high-school and spent a summer in Peru on the Amazon river, then spent 5 years in theology school, eventually leaving to pursue stand-up comedy which is not the usual path! I did comedy for 12 years, and loved it but eventually was pulled back into photography, specifically humanitarian work, after a trip to Haiti." 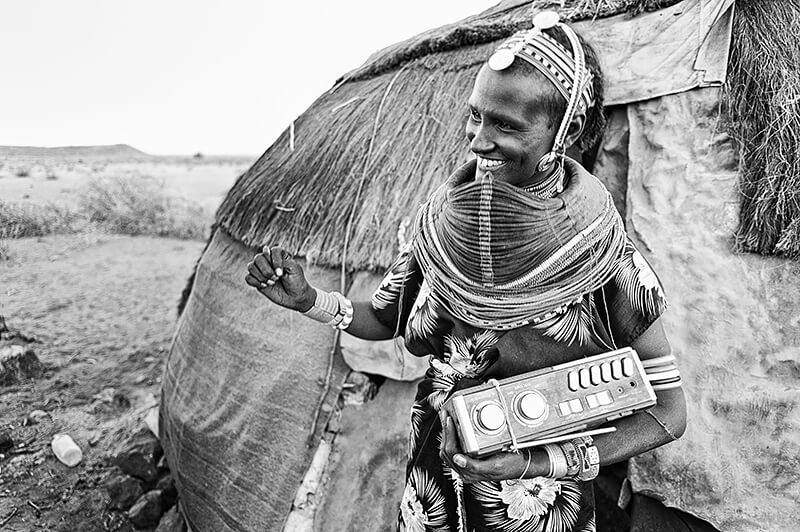 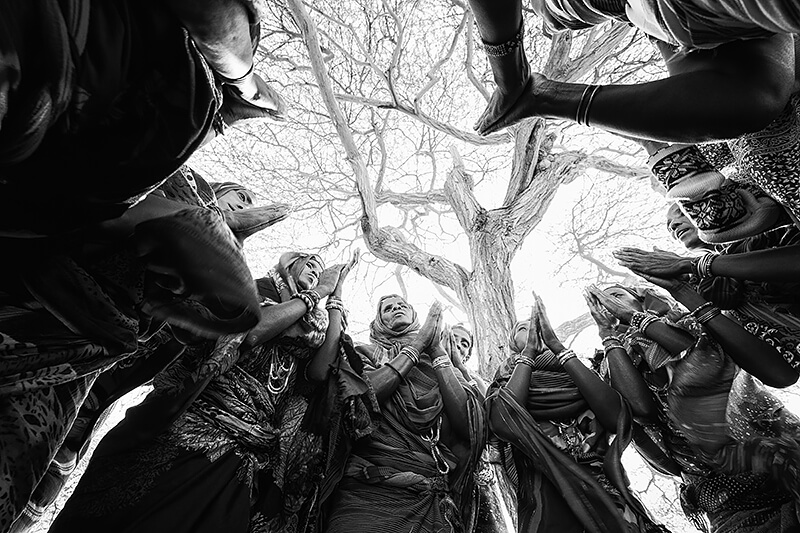 AAP: When did you decide to become a photographer and more precisely to become a voice for the oppressed?

"During my trip to Haiti it became clear to me that my cameras could be more than a hobby to me, that they could tell stories and that time in Haiti showed me what stories I wanted to tell. I've always felt it was a responsibility to leave the world a better place when I eventually leave. This is one way for me to do that."

AAP: Do you think that a picture can be an antidote to injustice?

"I don't. But I think it can be a part of the process. I think it's important that we be empathetic and photographs can do that when made well. I also think it's important that we bear witness to injustice and express solidarity with the victims of injustice, and photography can do those things. It can also witness to dignity, beauty, and hope, and those are the things we fight for when we fight against injustice." 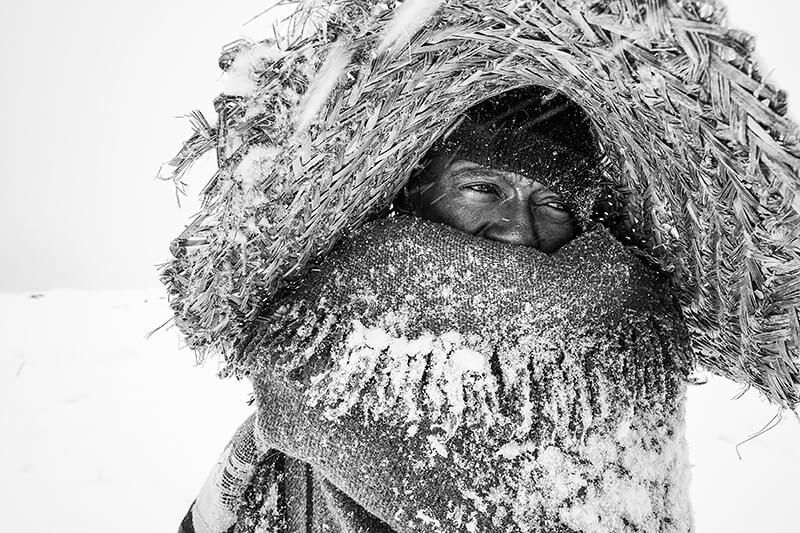 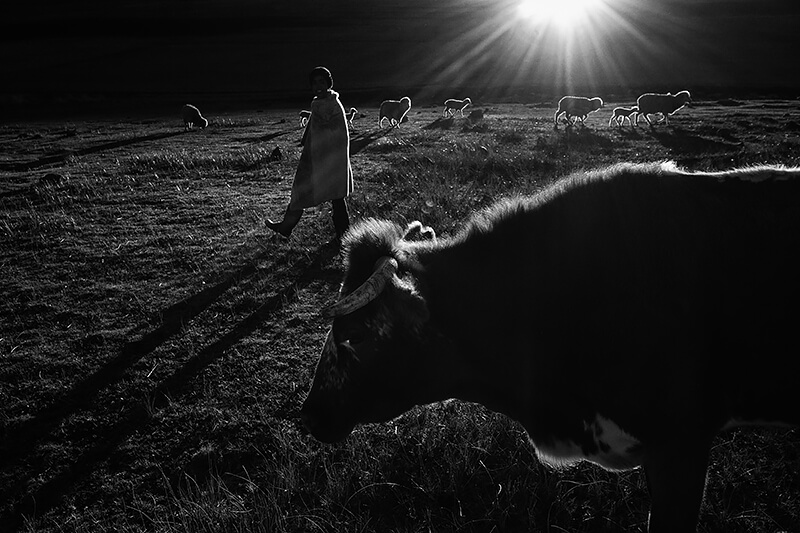 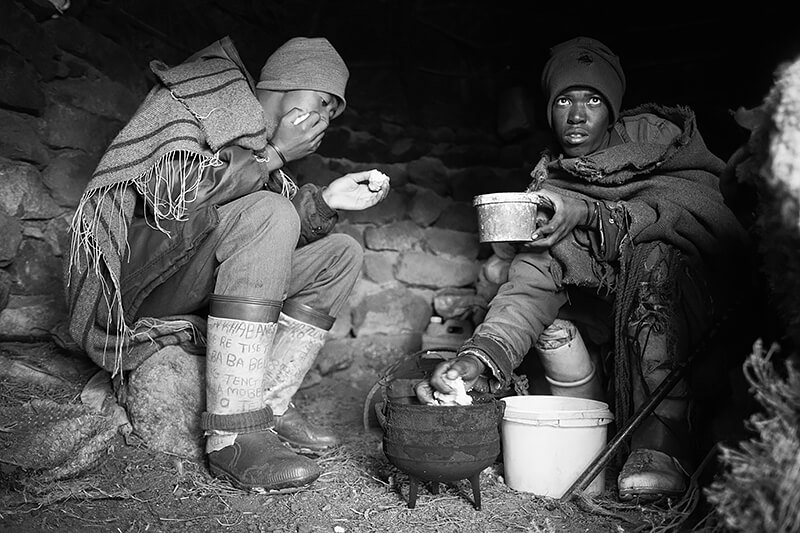 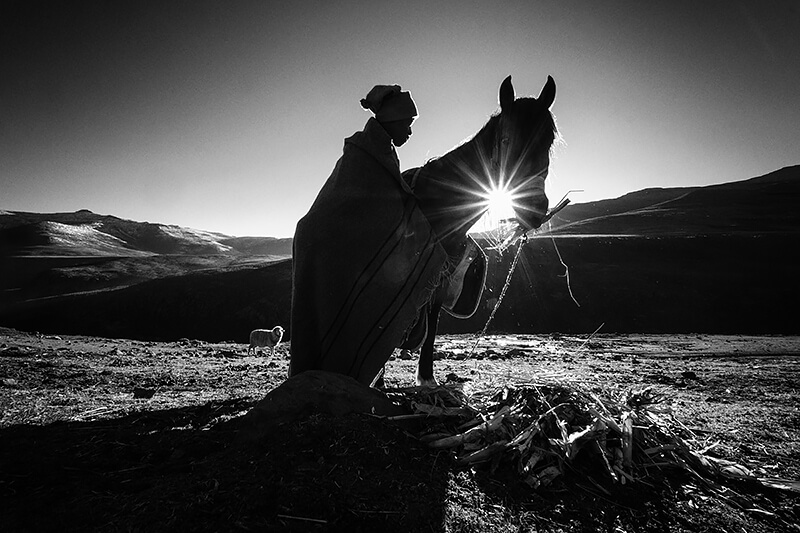 AAP: Being a witness of difficult situations, how do you manage to cope with your memories?

"Suffering rarely happens in a context that is completely devoid of hope and when it does - for example the genocide in Rwanda - those are not the stories I tell. I am not a reporter. So while I've seen some very difficult things I have not had to tell the darker stories that people like Jame Natchwey has made a career of so faithfully telling. I cope the way anyone does: shed some tears, do some work, and connect with the people I work with - they're like all of us - they laugh and carry on in tough circumstances and they've taught me to do the same."

AAP: You have traveled in many countries, is there one that marked you more than others?

"In different ways they all do, but my work in northern Kenya is the work I am most proud of. That work has happened over the course of 10 years so the connections and relationships I've made, the changes I have seen, have struck me deeper than others, I think. The context of that work is with nomadic pastoralists in some of the driest, harshest, and inhospitable places on the planet, and they've taught me much about creativity, strength, and perseverance." 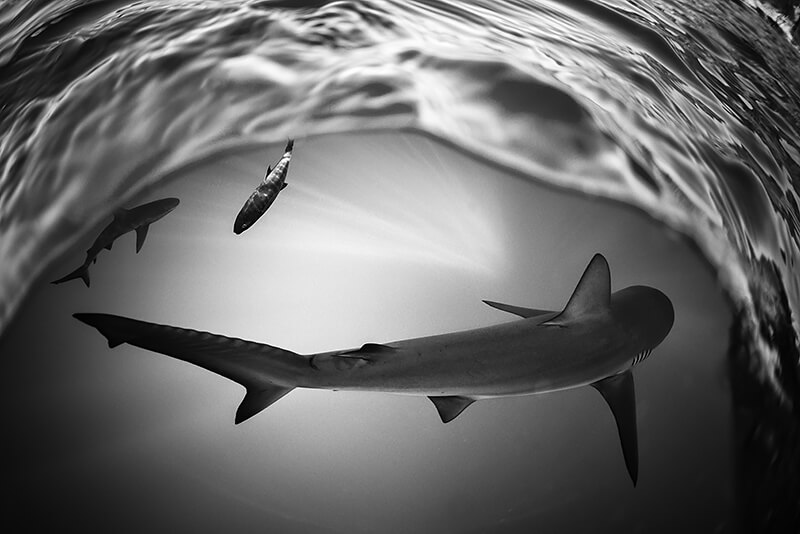 AAP: What was your biggest challenge so far? What is your worst souvenir?

"I fell of a 10 meter wall in Italy 8 years ago and shattered both my feet while photographing. I'll never walk the same way again and it has limited what I do. But it's also opened new opportunities, like pushing me to SCUBA diving. My work underwater brings me such joy that it's hard not to be grateful."

AAP: Do you travel alone?

"Rarely. I like company and usually need someone there to help with logistics. I usually travel with my best friend Corwin, who is also my manager and producer, or with my wife Cynthia. I don't like groups but I like the company of someone I can laugh with and talk to."

"For my travel work it's usually a couple Fuji X-T2 bodies and a couple lenses. I also have a Leica Q that I love. For underwater work I use a Nikon D800 and D5. Gear is important but I'm relatively apathetic towards which brands are out there. If it feels good in my hands and does what I need it to do, I'm happy to use it. After over 30 years I've used them all and discovered that really, they're all pretty much the same. No one looks at my work and thinks, Oh this one was made with a Canon, this was when he was shooting Nikon, or this one is an iPhone shot. The creative process and the photograph are what matters to me."

"If by "editing" you mean selecting my images, then yes, and I usually do it several times within a year or two to give myself the best chance at seeing things clearly. If you mean post-production in Lightroom or Photoshop, not really. If I spend 5 minutes on an image that's a lot and it's usually something I've photographed underwater where there's a need to clean up some of the stuff floating in the scene. I try to get my images right in camera, so I don't do much to them afterwards. But that's a preference and some people would still say I do too much work on my images and some people seem to think I hardly touch them. There are no badges of honor for "getting it right in camera." It might mean you're closer to mastering your craft, but again the only thing that matters to me is the final image. Do what you need to do to get there and not violate any ethical standards you maintain." 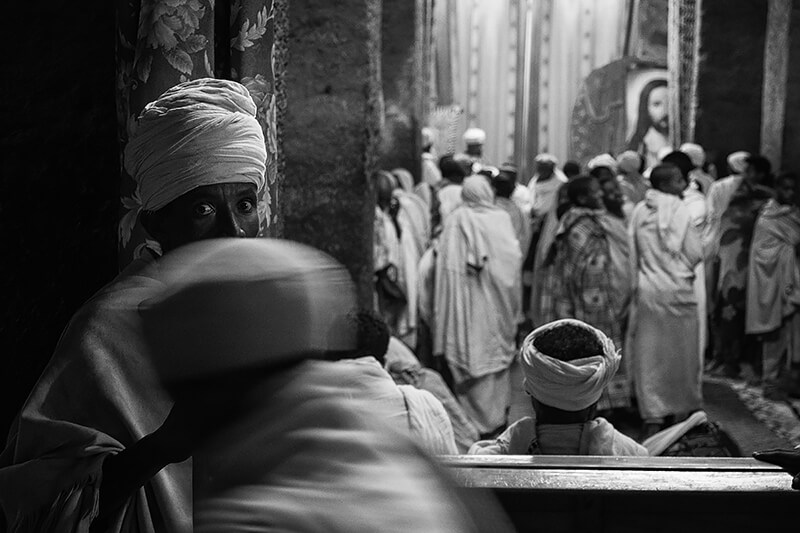 AAP: Some stories work in Black and white others in color, what determines your choice?

"If the colour makes a significant contribution to the image, I often keep it. But if the image is about things best expressed without the seduction or pull of colour then I prefer black and white. It's a preference, I guess. I started with black and white and some of my favourite photographers, like Sebastiao Salgado, work in black and white."

AAP: What makes the difference between a good image and an iconic image?

"That's a huge question that could take a whole book to explain. I think there are many reasons an image can be good, but to be iconic it has to say something that is more universal, that tells a bigger story. An iconic image stands the test of time because it represents something bigger, some larger idea or moment in time." 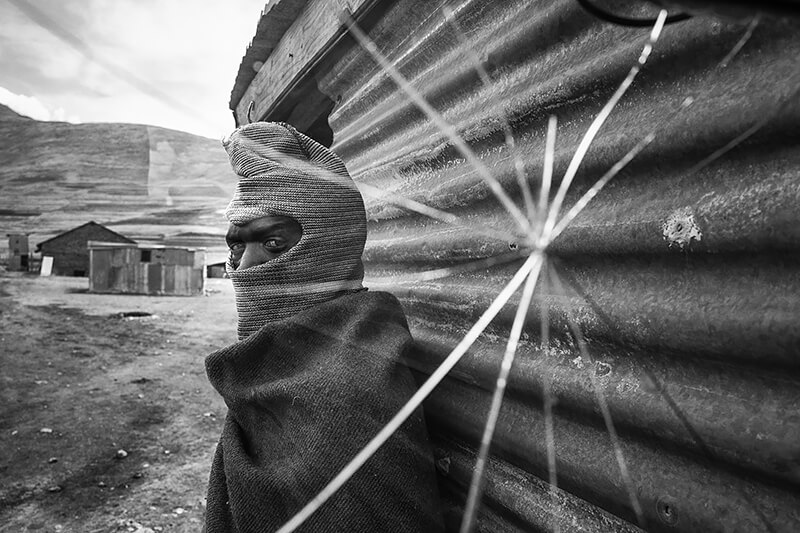 "Get over the gear as fast as you can. Don't be seduced by it. Stop upgrading the camera and lens every chance you get and instead upgrade the photographer. Do a workshop with someone you respect, someone that will challenge you. Buy books of photographs and study them instead of the popular magazines that are mostly just glossy advertising for more gear you don't need. Learn to compose. Learn to tell a story. Don't worry about the fastest lens or the lightest tripod."

AAP: What advice would you give someone who would like to become a photographer like you today?

"See the above. Unless you're thinking of doing this professionally in which case forget photography school. Go to business school. Or any other school, for that matter. Learn design or coding or marketing. Photography can be learned without the school but to be a successful working photographer you need business skills."

AAP: You also do workshops, write books, teach... how do you manage to do everything at the same time?

"I think it helps that I have no pets and no kids. But this is my business, and it's what I do, so I schedule my time well and I make use of time other people would spend doing other things. On airplanes and in hotels and airports, I write or work. I split my calendar up very intentionally and I guard my time against waste, like checking email or Facebook every 5 minutes. Time is our most precious resource so I don't waste it. That doesn't mean I always work. I take a nap most days and I read a lot and play guitar. But I'm intentional about it." 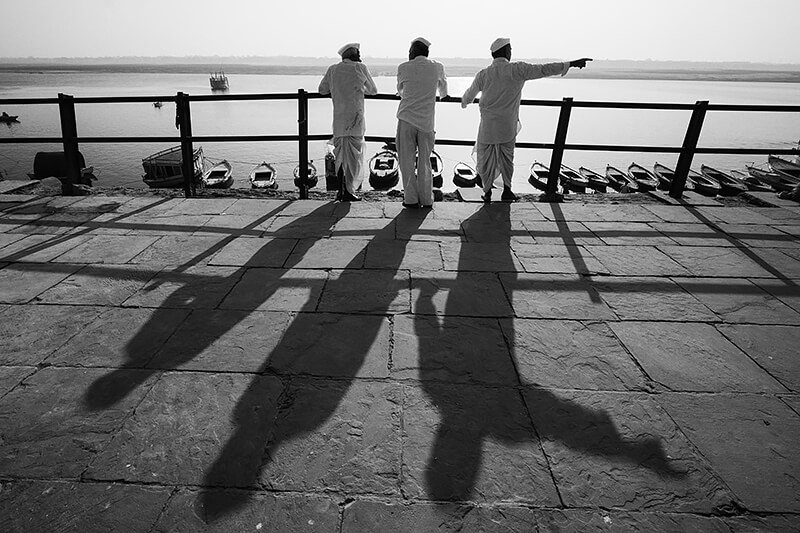 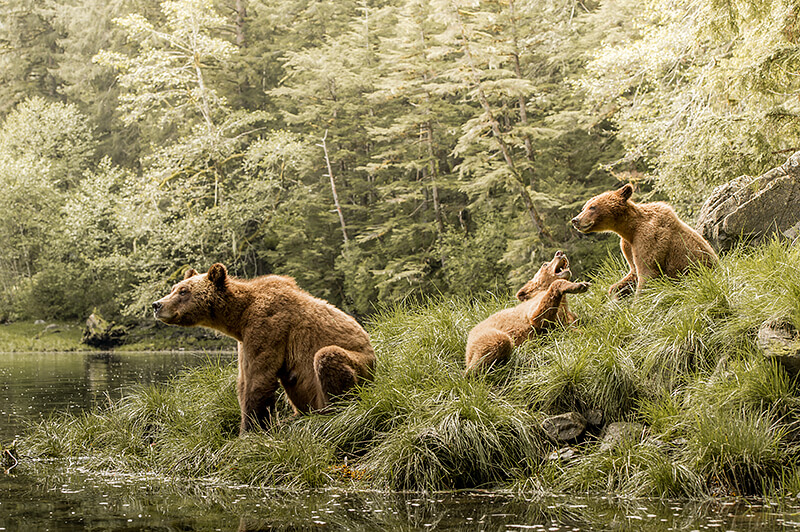