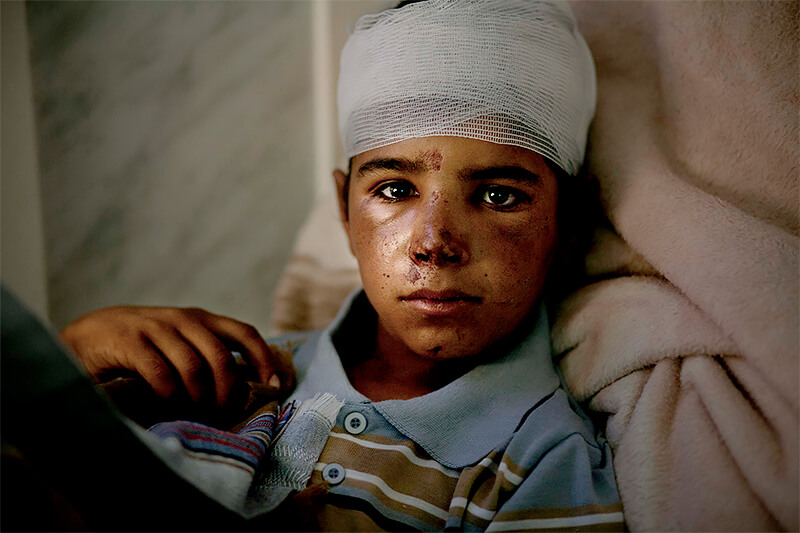 Each year, top stories from around the world are awarded at Visa pour l'Image.

For the Visa d'or Paris Match News award and the Visa d'or feature award, the Ville de Perpignan Rémi Ochlik award and the Figaro Magazine Lifetime Achievement Visa d'or award, picture editors and assistant picture editors make a selection from all reports seen over the past year (both published and unpublished), choosing four nominees per category. A second jury meets in Perpignan to choose the winners for each Visa d'or award (News, Feature and Daily Press).

The 2018 Arthus-Bertrand Visa D'or Awards go to the best reports published beatween September 2017 and August 2018.
Visa d'Or trophies are designed and made by the Arthus-Bertrabd workshops.

The Visa d'or Paris Match News award was presented on Saturday, September 8. For the eleventh time, Paris Match will fund the prize of €8000 to the Visa d'or News award winner. The 2018 winner is Véronique de Viguerie / The Verbatim Agency for Time & Paris Match for her work: Yemen, the Hidden War.

Yemen, The Hidden War: Chaher (11) is hovering between life and death. He and his brother were guarding their herd when they were caught in an airstrike. A piece of shrapnel lodged in his brain, but the hospital has no surgeon and no MRI equipment. Saada, October 2017. 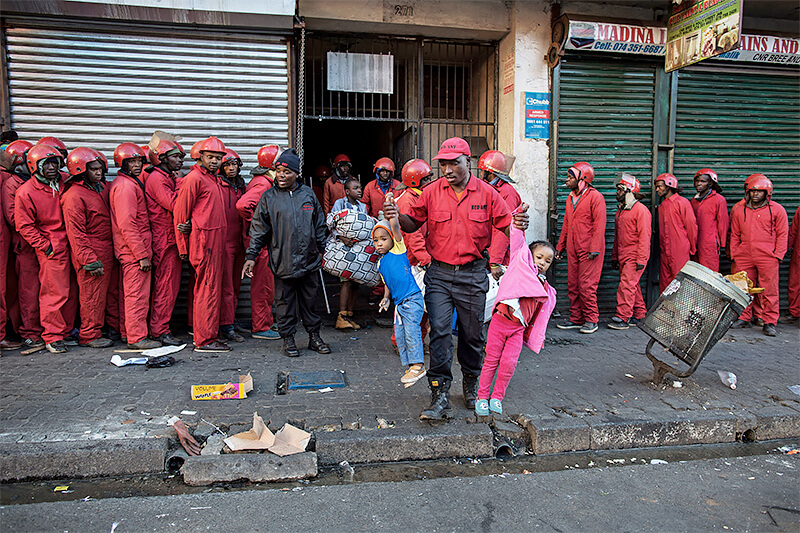 The Lifetime Achievement Visa d'or award was created by Visa pour l'Image and Le Figaro Magazine in recognition of the lifetime achievement of an established photographer who is still working.

The sixth Lifetime Achievement Visa d'or award, sponsored by Le Figaro Magazine, with prize money of €8000, was presented at the evening show on Friday, September 7 and goes to Sabine Weiss. 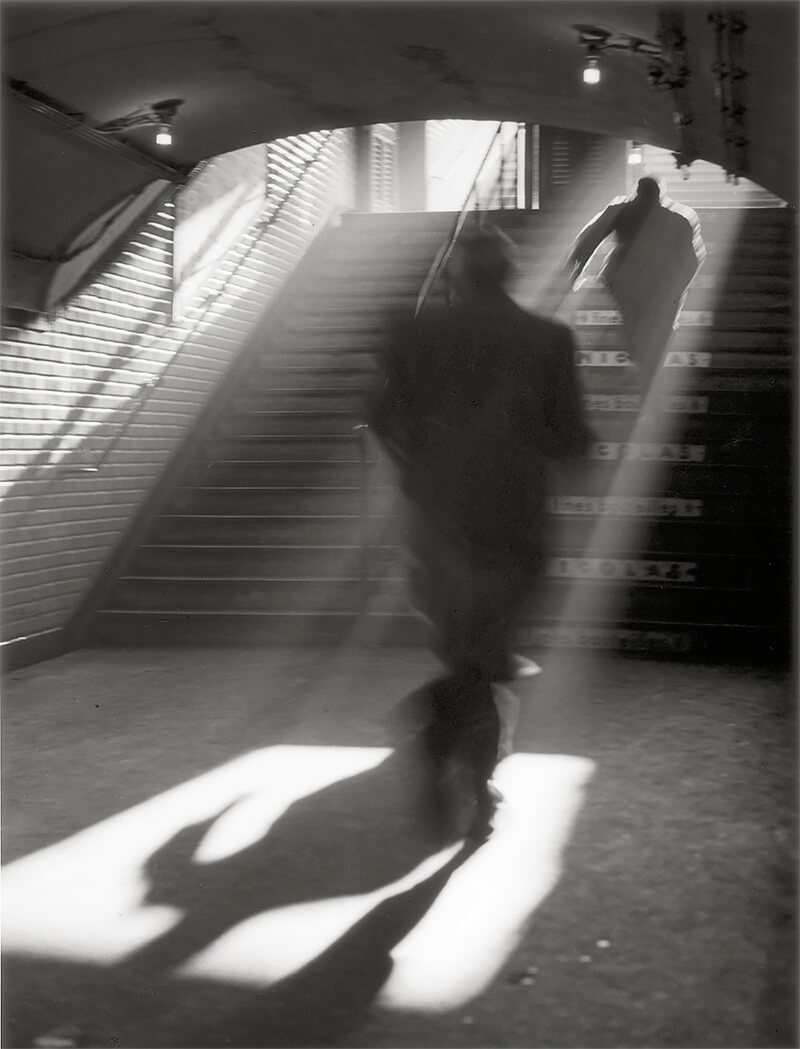 Entries were received from 20 newspapers. The Visa d'or has been awarded to the French daily newspaper LIBéRATION for the report by Sergey Ponomarev on the FIFA World Cup in Russia.

Since 1990, the Visa d'or Daily Press award has been given for the best report of the previous year published in the daily press in any country around the world. By supporting this award, the Perpignan Méditerranée Métropole Urban Community is playing its role, helping stimulate discussion and focus attention on the men and women who are the source of our daily news reports.

The prize is open to all daily newspapers around the world.

Reports selected by the jury are exhibited at the Festival.

This particular Friday was the first day without a match since the beginning of the competition. It was a rest day for the teams that had qualified and could work on their strategy to prepare for the next round, and it was an opportunity for their supporters to discover life outside the sports stadiums. Moscow, 29 June 2018. 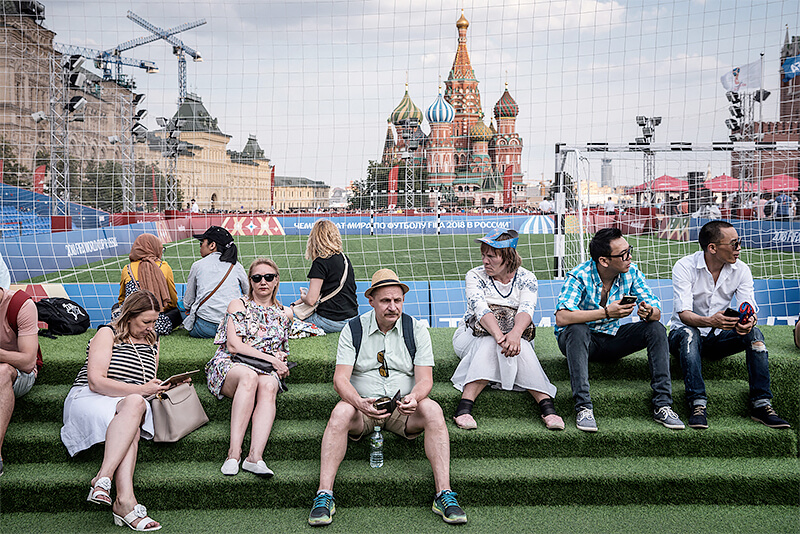 The eighth ICRC Humanitarian Visa d'or award recognize the work of a professional photojournalist who has covered a humanitarian issue related to a situation of armed conflict. The subject chosen for entries in 2018 is urban warfare and the impact on civilians, either trapped and hiding or forced to flee.

The ICRC was founded more than 150 years ago for the purpose of providing assistance and protection for people in times of armed conflict and other situations of violence. The ICRC operates in some sixty countries.

This year's award, with prize money of €8000 funded by the ICRC, goes to Véronique de Viguerie for her report on the humanitarian consequences of the conflict in Yemen. The award was presented during the evening show on Thursday, September 6. 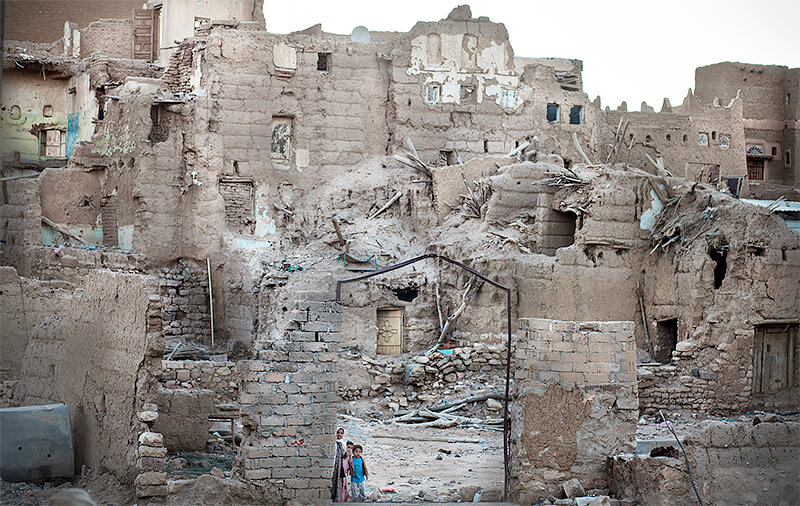 Yemen the Hidden war: Saada, Yemen, October 2017. The historic site in the region of Rahban was severely damaged by airstrikes by the Saudi-led coalition. 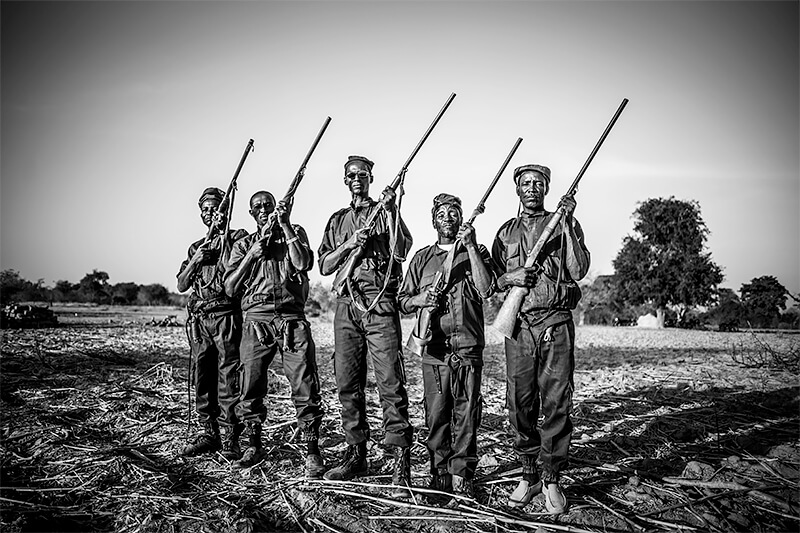 2017 - BURKINA FASO, POTIAMANGA: Thirteen new members have joined the Koglweogo group of Potiamanga, which now consists of 36 people. We will have to increase the number of people to eradicate banditry in the area, said Combary Nindia, president of the Potiamanga association. To become Koglweogo, you have to adhere to the rules and take part in the initiation, he adds, with all the black magic involved, which is omnipresent in the Koglweogo activity. It is said that in striking a thug, it is the evil, in him, that disappears. October 14, 2017.

The Carmignac Foundation is pleased to be here this year, for the fourth time, with the Festival Visa pour l'Image - Perpignan. In 2018, the Foundation presented a preview of the report which won the 9th Carmignac Photojournalism Award: The Arctic, a New Frontier by Yuri Kozyrev and Kadir van Lohuizen, screened at the evening show in Perpignan on Wednesday, September 5. The Carmignac Photojournalism Award, first founded in 2009 and presented every year, provides support for a photographic report to be produced featuring investigative journalism and focusing attention on violations of human rights. The subject for the 9th award was Threats to the Arctic, and the chairperson was the climatologist Jean Jouzel, vice-president of the IPCC (Intergovernmental Panel on Climate Change) which was jointly awarded the Nobel Peace Prize in 2007. An international jury selects the award-winners who received the grant from the Carmignac Foundation to carry out an in-depth photographic project, and also to fund a touring exhibition and the publication of a monograph. 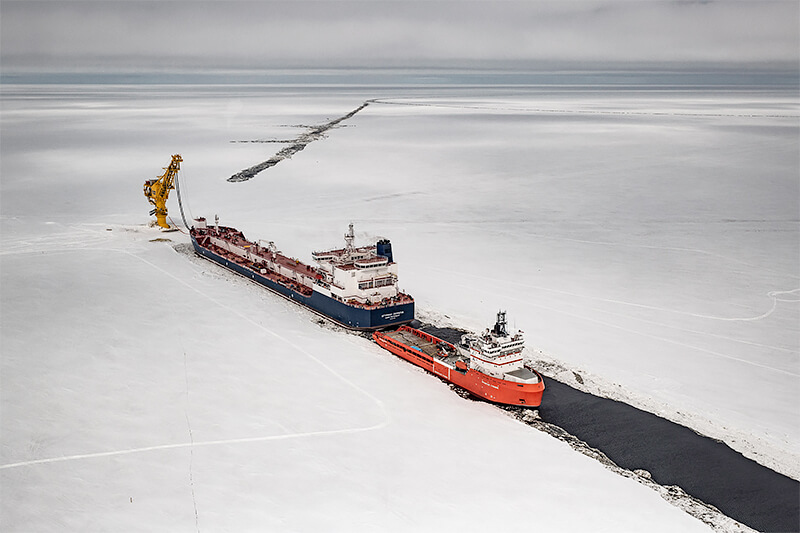 Yamal Peninsula April 2018: The Arctic Gate terminal is located in the Gulf of Ob, near Cape Kamenny. The first oil was shipped out from the terminal in 2014, and winter out-shipments started in 2015. It was launched as part of the Novy Port oil field development. 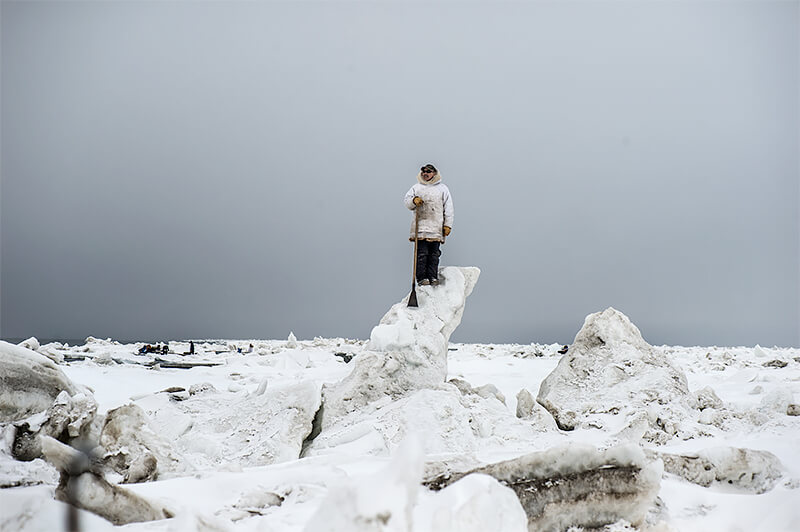