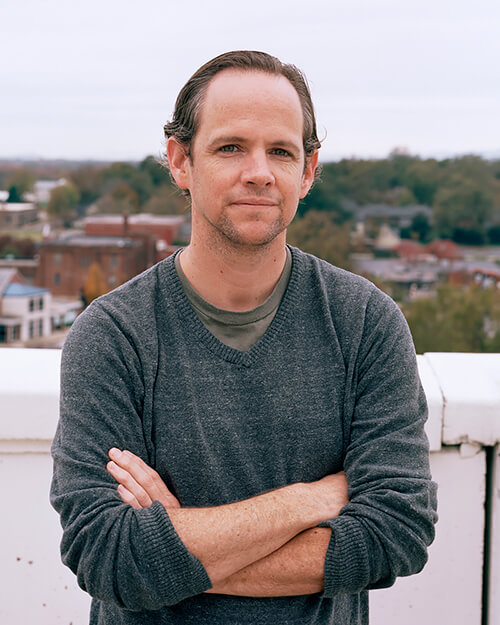 I first saw Jeff Rich's work from Watershed while I was jurying for PhotoLucida's Critical Mass back in 2010. His were grand color images of a majestic landscape, a river, sometimes wild, sometimes tamed, and the people that interacted with it. I grew up in the Mohawk River Valley and we knew that the river could break its banks and flood us all. We knew where the tributaries were that fed the river and we would tie our rope swings there and swim in the eddies and pools instead of in the big river's unpredictable current. My town was also close enough to the city of Utica where the Munson Williams Proctor Institute housed Thomas Cole's (of Hudson River School fame) Voyage of Life paintings. Four huge canvases that my father would faithfully take me to see every week and I could marvel at how the landscape and the river changed with each stage of the man's journey.

When I saw Jeff Rich's work, I thought of those paintings and the volume of their voice and the silence that came in the wake of viewing them. I was the gallery director at RayKo Photo Center when we hosted the 2010 Critical Mass Top 50 show which Todd Hido juried. He selected a quiet picture of Jeff's from Watershed: The French Broad River that I still have in my mind's eye: a wheelbarrow under a highway overpass in a lush green garden, the river undoubtedly nearby, but notably missing in the picture. Jeff won the top honor of the Critical Mass book award and had his first monograph printed by PhotoLucida. 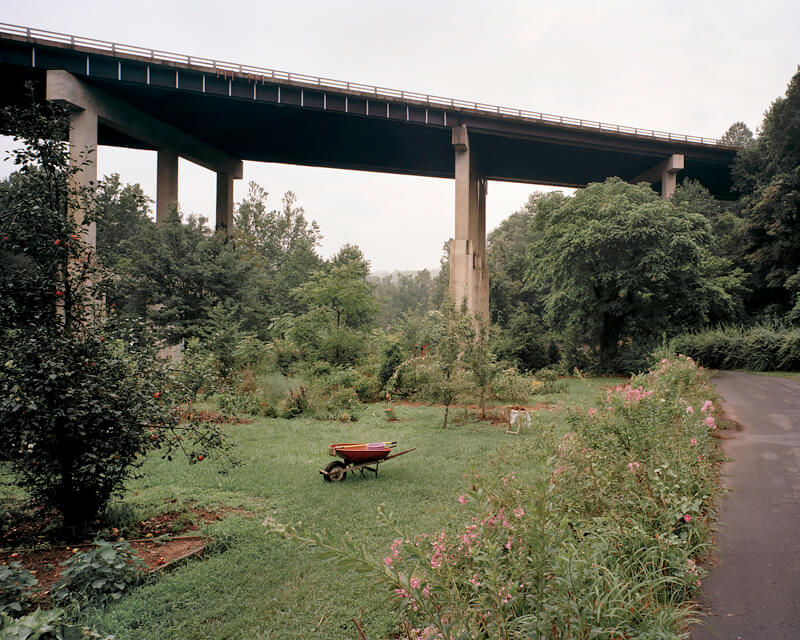 I encountered Jeff's photographs again a few years ago at PhotoNola in New Orleans. This time I got to see the gorgeous prints from his 8x10 negatives in person and hold them in my hands. These images form a body of work about another river in North America that we have attempted to control. I marveled at the beauty of the prints and also at the scale of the artist's project...and also the scale of what man has wrought. It took a little while, but Fall Line Press is publishing Jeff's book, Watershed: The Tennessee River in October 2017.

This is what Jeff Rich had to say about his long-term project and the upcoming book:

The project forms the second part of The Watershed Project, which is a 15-year project that highlights the complex and often fraught relationship between land, water, and man within the Mississippi River Basin.

My work on this project began on On December 22nd 2008, the failure of a containment pond dyke spilled 5.4 million cubic yards of coal ash belonging to the Tennessee Valley Authority's (TVA) Kingston Fossil Plant into the Emory River and the surrounding landscape. Coal ash is a waste product of burning coal for power production, collected and stored in these massive ponds, much like our solid waste is collected in landfills.

As I photographed this scene of destruction, I couldn't imagine how the Tennessee River and its tributaries had arrived at this point. This landscape did not seem to be the same place I was familiar with from history books: a system of rivers harnessed by the TVA in the 1930s for the advancement of the American way of life. I wanted to investigate the roots of this disaster, and show the scale of man's effect on the landscape of the rivers of the watershed. I couldn't contemplate man's effect, however, without first considering the river itself.

So, I decided to document the rivers of The Tennessee Watershed, and ultimately the massive amount of TVA projects on these rivers. Over the past 7 years I have driven the length of the river several times, and followed many of these rivers to their headwaters. The project has taken me all across the state of Tennessee, as well as Virginia, North Carolina, Alabama, and Kentucky. From the Appalachian Mountains in the east all the way to the Midwest, where the Tennessee joins the Ohio River.

What I've found is that in many ways the natural cycle of evolution of the river landscape has ceased in the Tennessee Watershed. The cycle of these rivers has become much smaller; they are now defined on a human scale. The reservoirs of the TVA are relatively static, they have closely monitored and predictable fluctuations that use a complex system of controls to operate hydropower dams and cool the nuclear and coal fired power plants of the modern TVA power grid.

Over the years, the TVA has had a vast scale of reach and power over the region. It has forever changed the environment of its watershed and I with this work I hope to emphasize that these changes are in every way at odds with the natural evolution and ecology of the Tennessee River system. 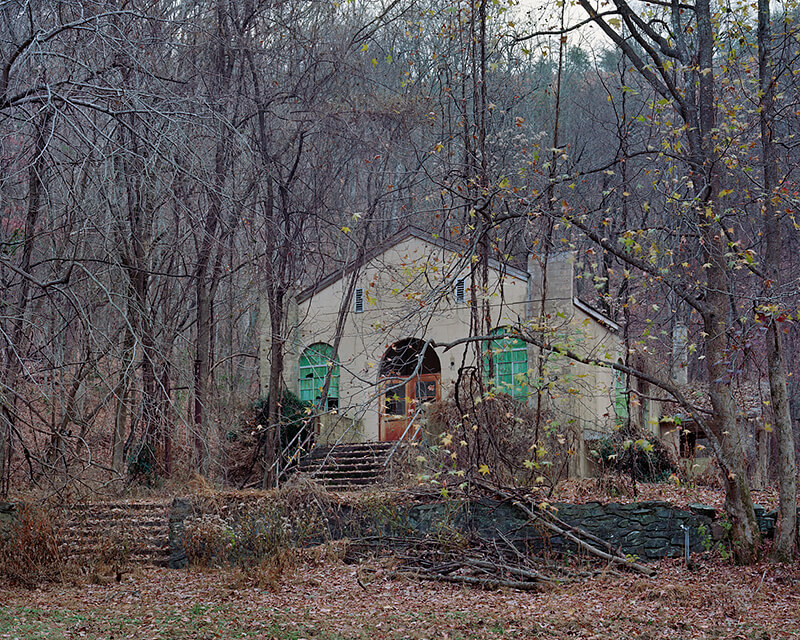 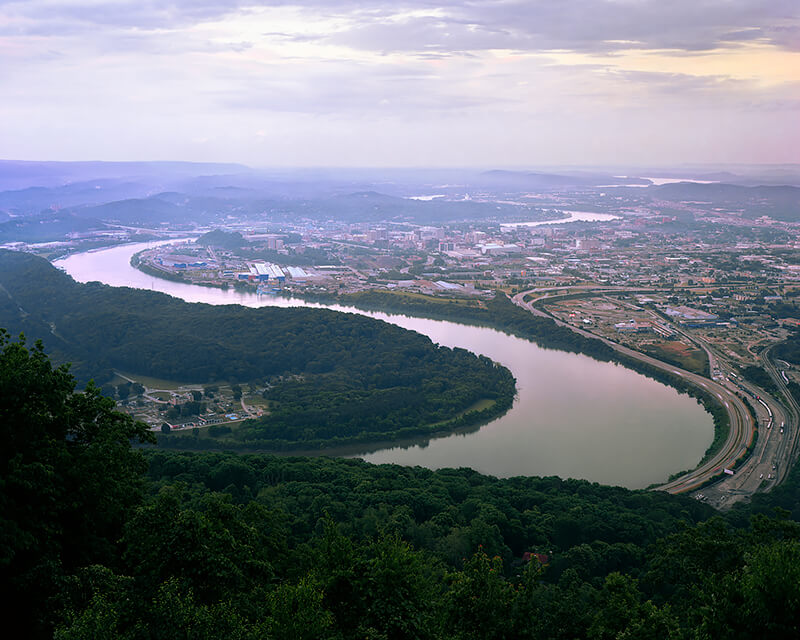 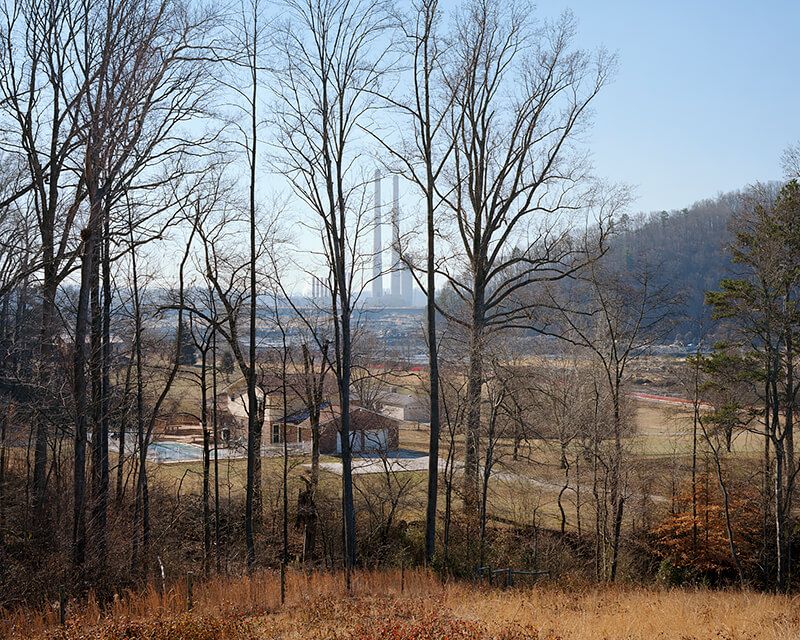 Jeff Rich's book will soon be available and we can ponder both the wonder and power of nature and also the influences of man on the land. He has a number of exhibitions and book signings lined up in conjunction with the release of this monograph, so mark your calendars:

Landscapes and Interventions is a retrospective exhibition showcasing a selection of Atlanta Celebrates Photography Ones To Watch (OTW), artists from the annual selection recognizing emerging and establishing artists working in lens-based medium. These selections are curated by Mary Stanley. Besides Jeff Rich, selected artists for the exhibition also include Matt Eich, Adam Forrester, Joshua Dudley Greer, Ansley West Rivers and Bill Yates.

Jeff Rich will also have prints hanging for this show as well as your very first chance to see the book. Fall Line Press will also have another fall release by Jack Carnell. Many local Atlanta artists will be exhibiting work including Dorothy O'Connor, Michael Goodman and Tom Meyer.

Fall Line Press will have a table at the book fair. Jeff Rich will be there (times TBD) to talk about the work and sign books. 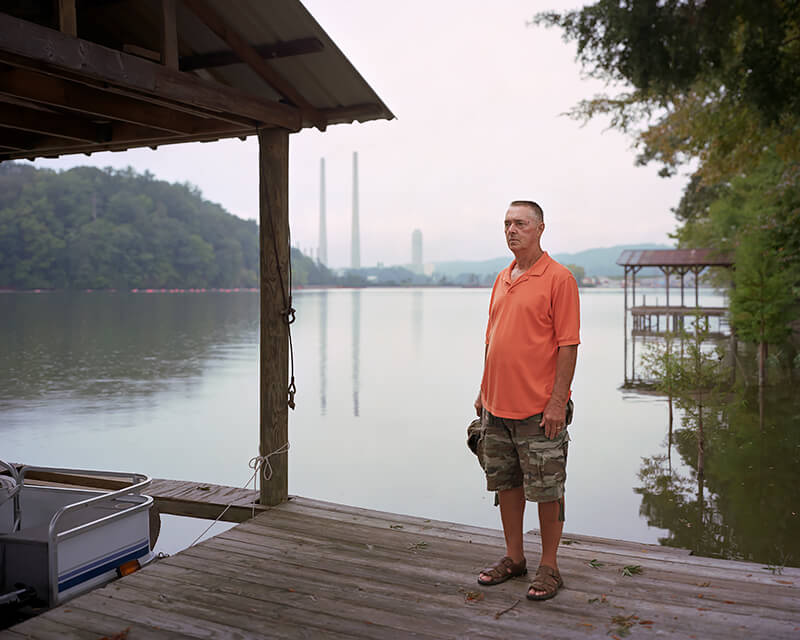 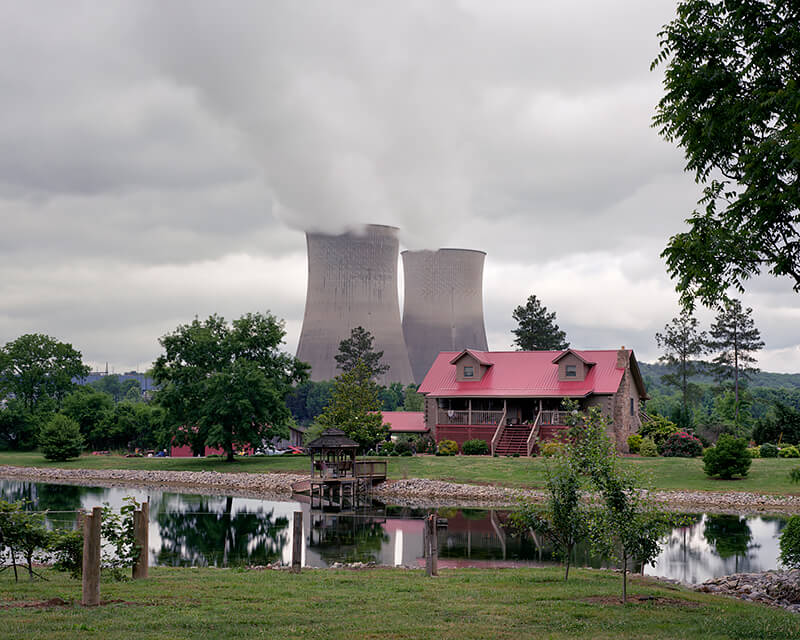 Jeff Rich's work focuses on water issues ranging from recreation and sustainability to exploitation and abuse. Jeff explores these subjects by using long-term photographic documentations of very specific regions of the United States. Jeff received his MFA in photography at the Savannah College of Art and Design in Savannah, Georgia. His Watershed Project has toured nationally since 2012, with shows in New York City; Portland, OR; Asheville, NC; Bloomington, IN; Akron, OH; Amherst, MA; Morgantown, WV; Nashville, TN and Atlanta, GA. His book, Watershed: A Survey of The French Broad River Basin was awarded the 2010 Critical Mass Book Award. His work has been featured in Fraction Magazine, Flak Photo and as one of Daylight Magazine's monthly podcasts. Jeff is an Assistant Professor at the University of Iowa, in the Art and Art History Department. He also curates the weekly series Eyes on the South for Oxford American Magazine. 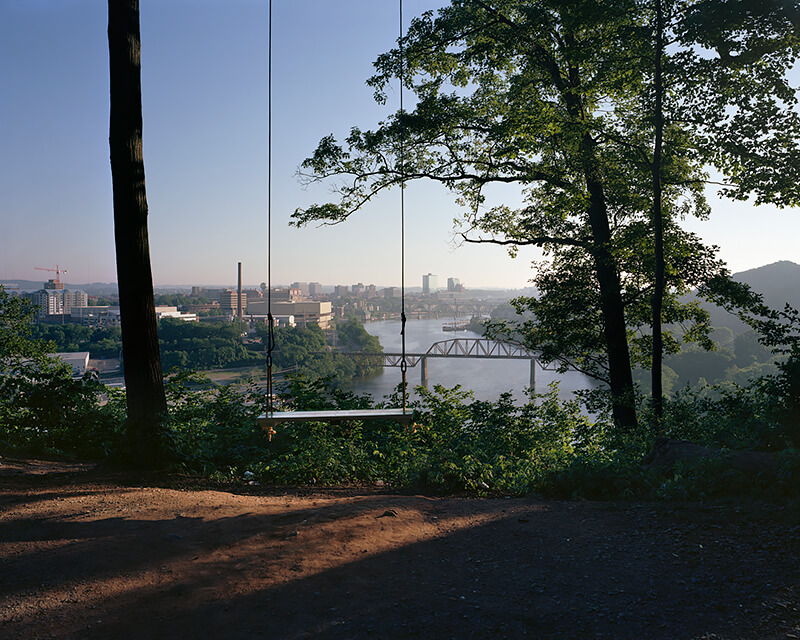 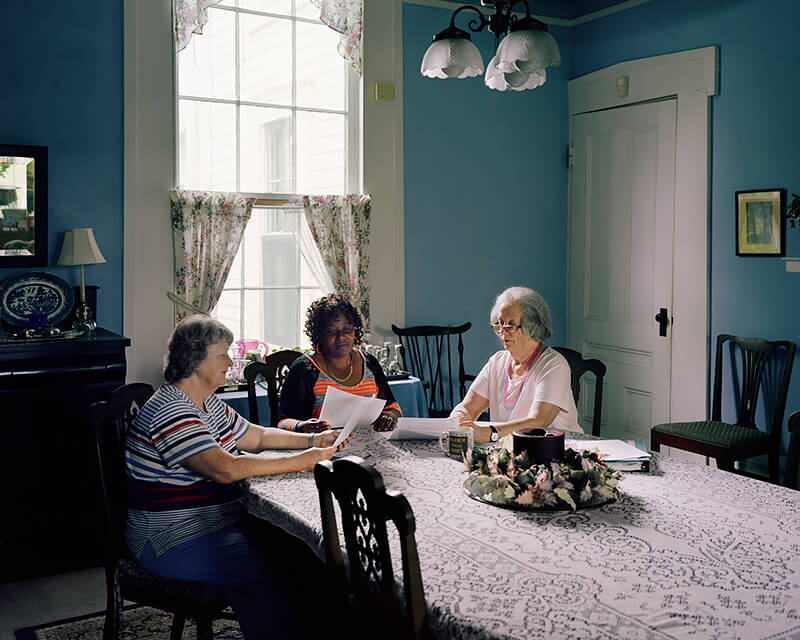 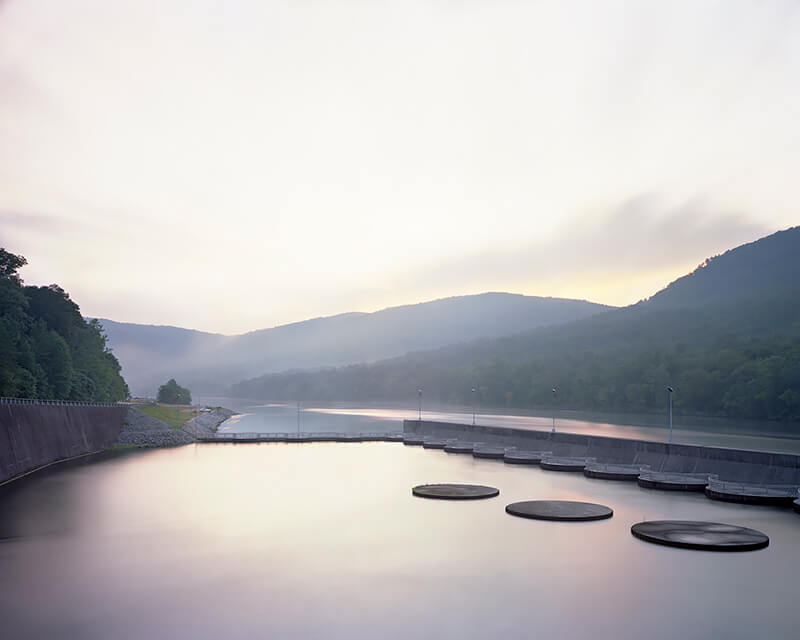