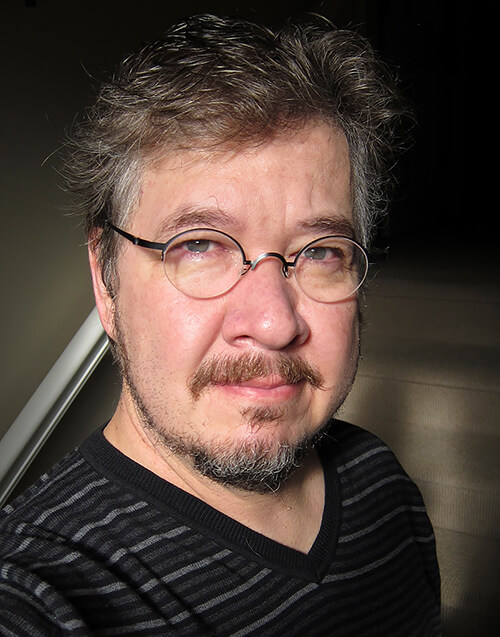 I first saw Bill Finger's work at PhotoLucida in 2011. He had these great dioramas that looked so realistic. This wasn't like Lori Nix or David Levinthal or Stephen Albair, this was something almost absurd, yet completely believable. When I saw an astronaut at his front door being greeted by another fully outfitted astronaut from his series, Ground Control, I honestly wondered if the man had just returned from a landing. Was Bill part of the space program and didn't share this information? Were astronauts gathering at his house on a regular basis? When I saw another image of an astronaut climbing down the stairs from the attic, I really believed that this suited space explorer had been rummaging around in Bill's loft space; I can even see the weight of the man on the ladder, the rung bending under his foot. Surreal, but so real looking that I thought it had happened and Bill had documented it. But then he and I got to talking and Bill revealed that no, he had actually built those scenes. Built them! I also learned that he had worked on a film with my ex-fiancé decades ago which made me realize that his background in filmmaking, which is also illusion, must be playing some part in these tableaux images. I taped one of his photographs to my wall at the gallery and years passed and it still never read as a fake. Ever.

In 2017, I had the delight of seeing Bill Finger in the lobby of the Benson Hotel in Portland, there for another PhotoLucida portfolio review. I sidled up and asked to see his latest project. And here, in a year of surprises, was a great one. Bill unveiled his series, Transit of Venus. A sequence of tableaux images, but I, once again, couldn't understand how they weren't real. There was a tiny ship sailing across a gently breaking sea. A sea! (How do you build a sea?) I thought of Darwin's Beagle out there, heading for the Galapagos and the unknown. This was a voyage of exploration. I saw the sun setting over a tiny house with the window lights coming on at dusk. I saw this same sun get eclipsed, by what couldn't be Venus, but the moon, months before the actually solar eclipse in North America happened. I saw the forest fill with morning mist and then I saw it evaporate and felt the oncoming night. Time is passing in these pictures. And there's a satellite too, traveling through space, recording information, transmitting it. 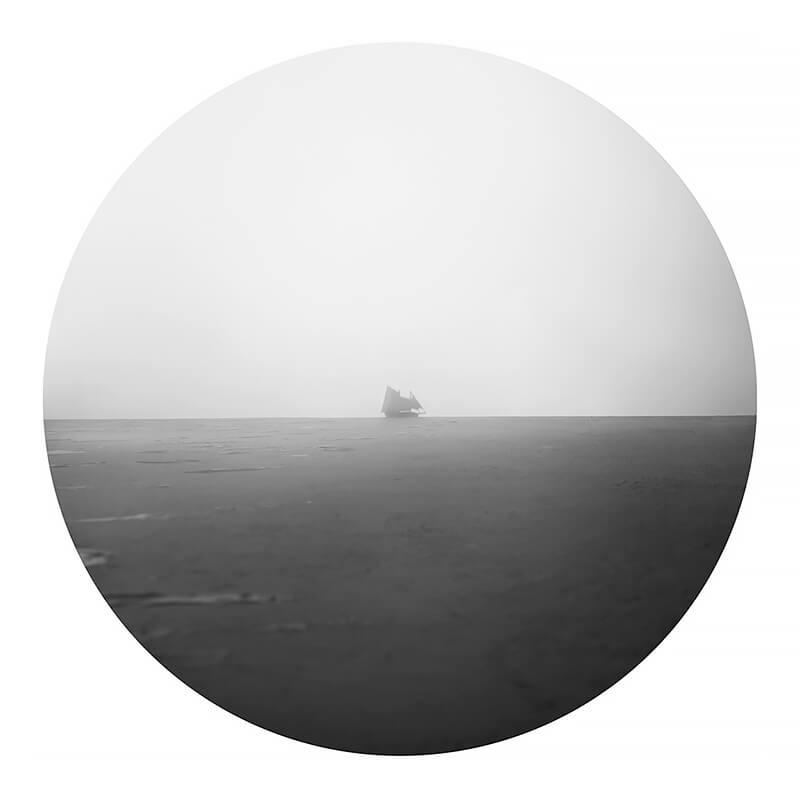 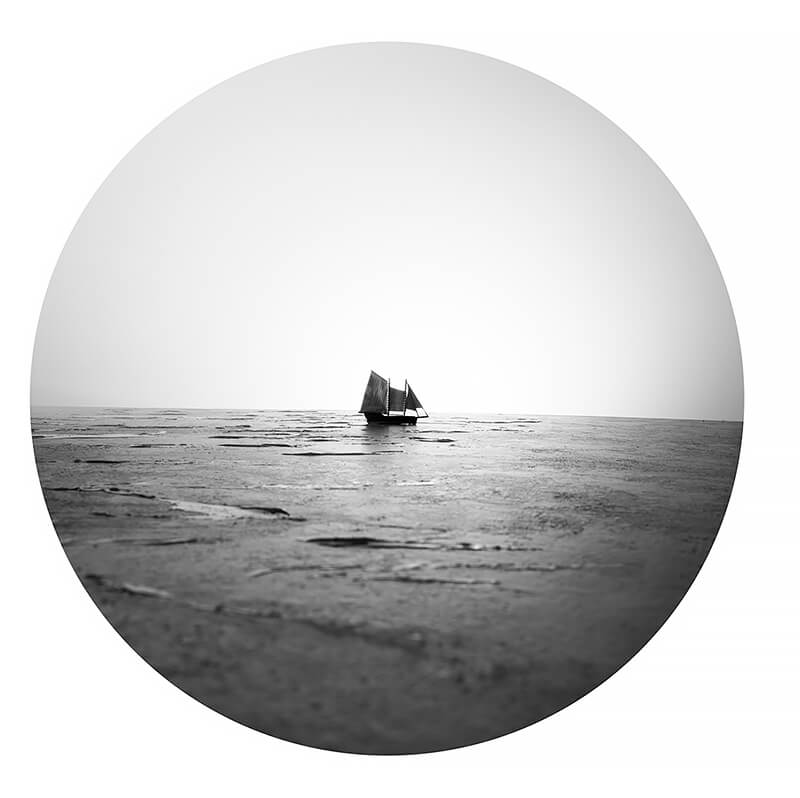 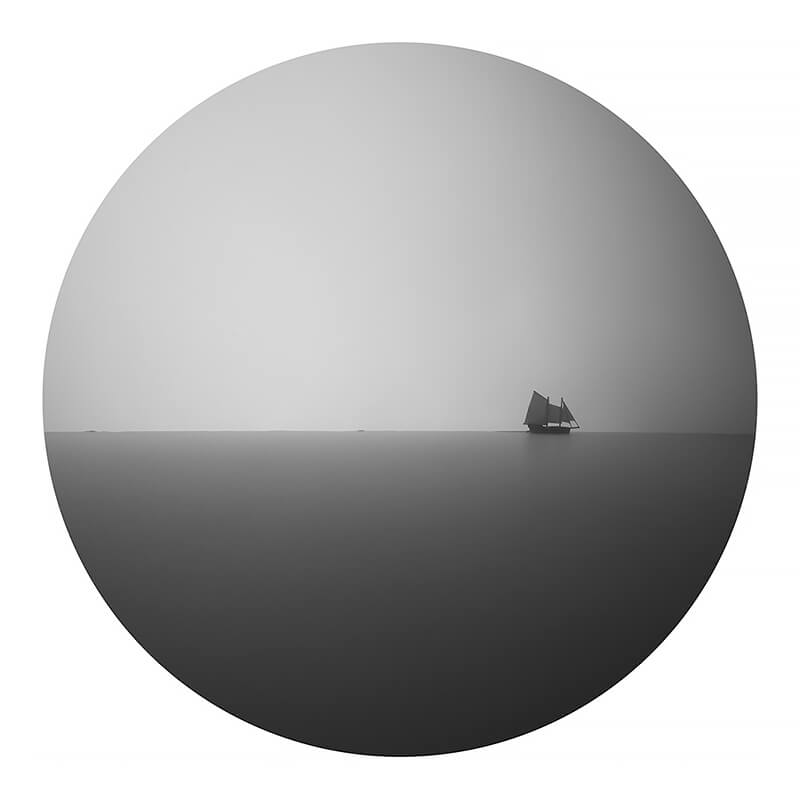 What strikes me about these images besides their perfection, is how he chose to print them. These small B&W photographs are printed as circles. As if I'm looking through a telescope at the vanishing sun, at the distant satellite, at the ship disappearing on the horizon. It's like looking at the past and the future at the same time. Really like a dream. The first image in his sequence as I viewed it was from the deck of a ship. It's unclear whether it's the same ship we see later sailing away from us or whether it's a different vessel. What is clear is that dawn is coming and with that a change. 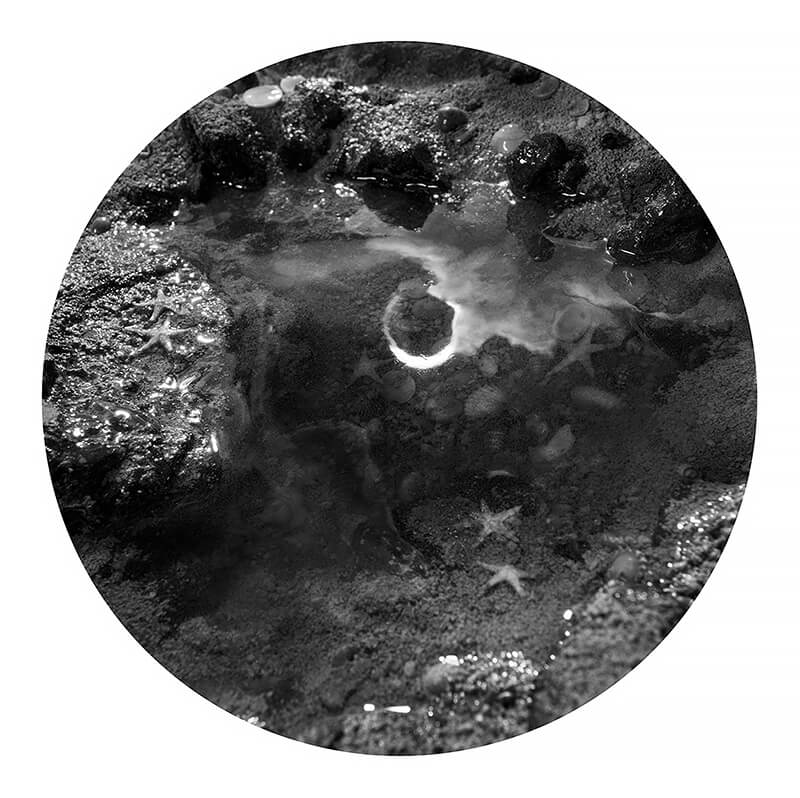 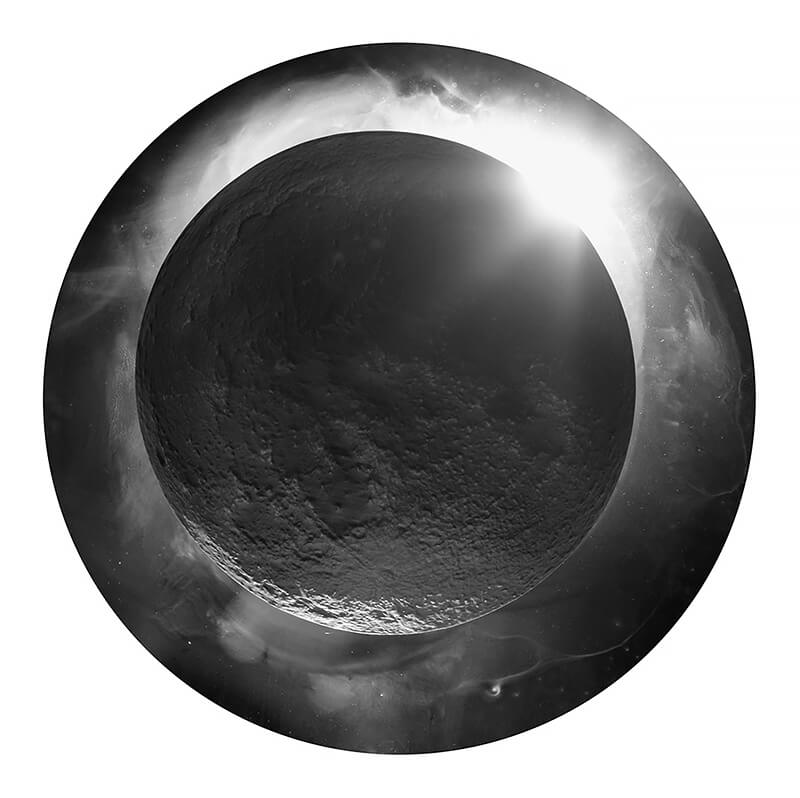 I asked Bill for a statement about this work, which for me brings up many emotions, and this is what he had to say:

Using the Voyager Space Probes as a metaphor, Transit of Venus is an exploration of the human desire to search beyond one's self. While embracing the quiet solitude of the search, perception of time slows. Days fold into moments, while moments transform and mix with longings. Once beyond the obvious realm, the exploration becomes an act of looking inward while embracing that which is beyond. To explore, is to drift through time.

Wonderfully expressed and beautifully executed. I'm looking forward to seeing what shores these tiny boats land on and also awaiting the change that will come with the dawn.

Bill Finger is a Seattle based artist whose work combines sculpture and photography. Handcrafting each element, he constructs and then photographs miniature dioramas. Each image is imbued with a sense of cinematic narrative that reflects twenty years working around film sets. By mimicking the filmmaking process he is able to create a miniature construction of a constructed reality.

Bill has exhibited his photographs in Europe, the US and Canada. His work is included in the permanent collections of the George Eastman Museum of Photography and the Santa Barbara Museum of Art. He holds a MFA in Photography from the Rochester Institute of Technology. 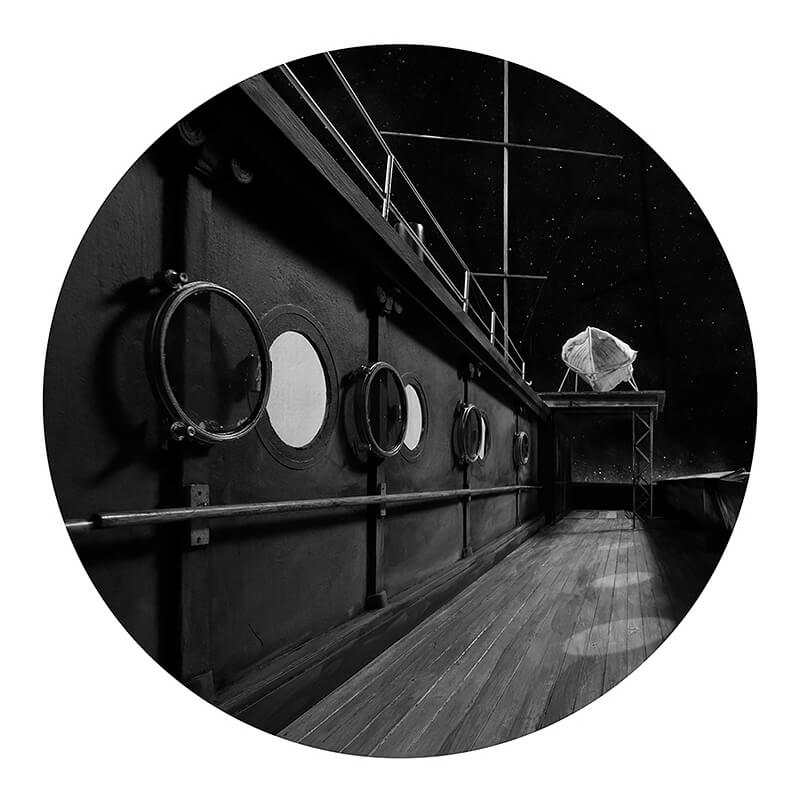 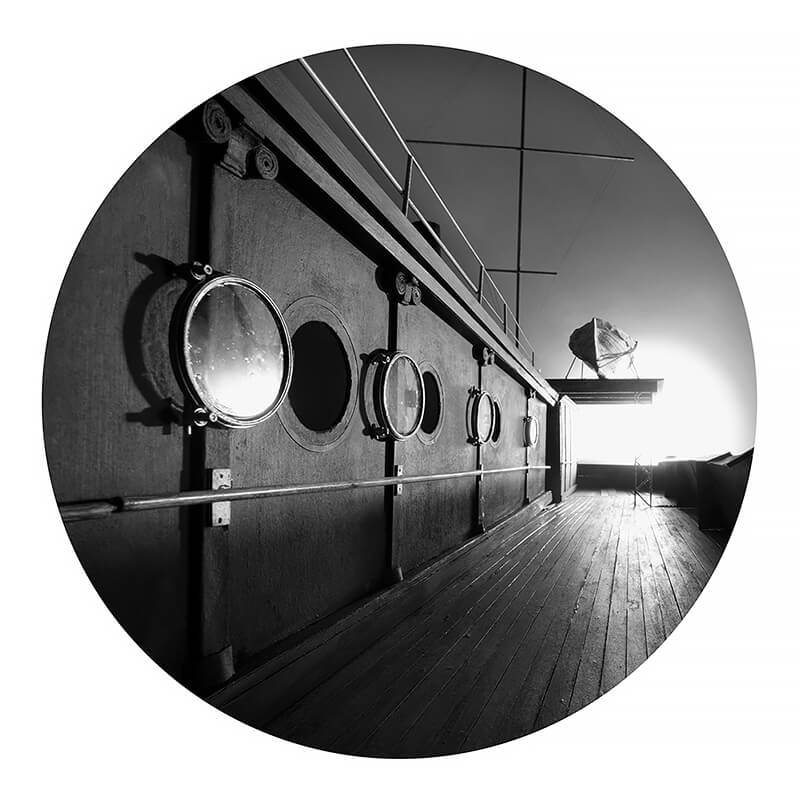 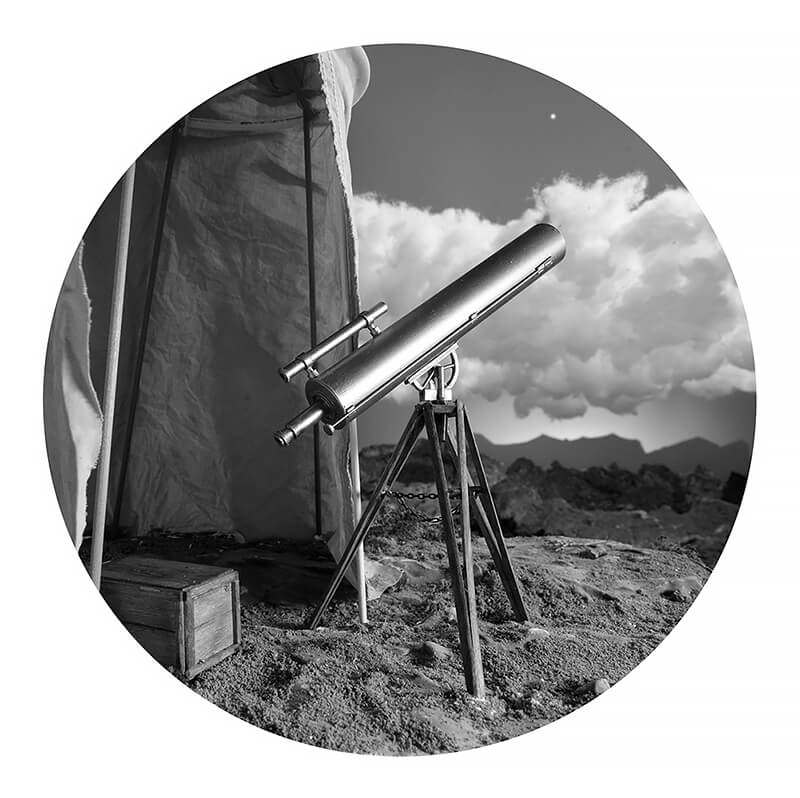 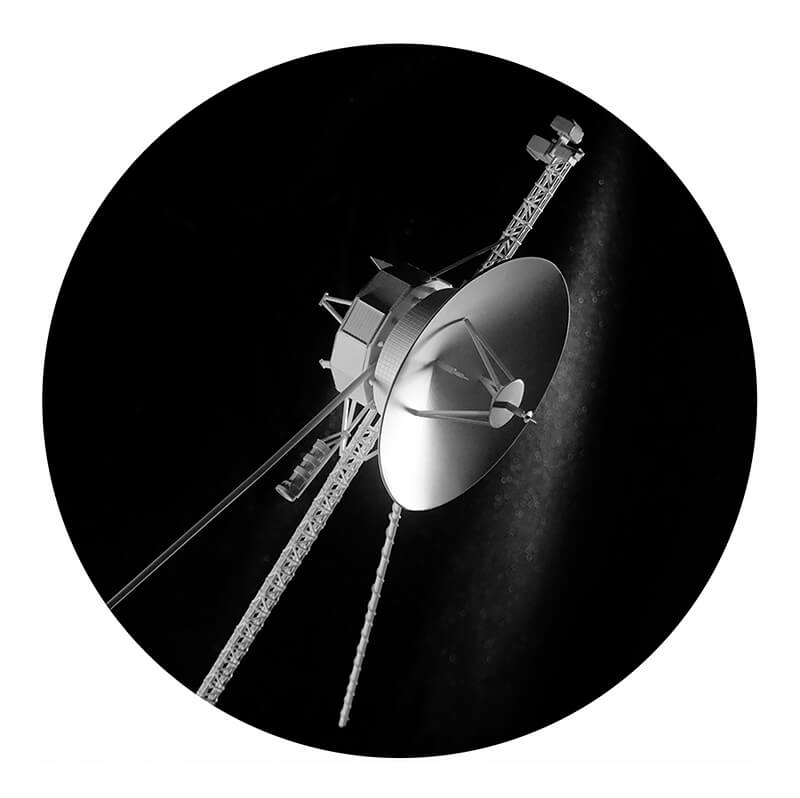 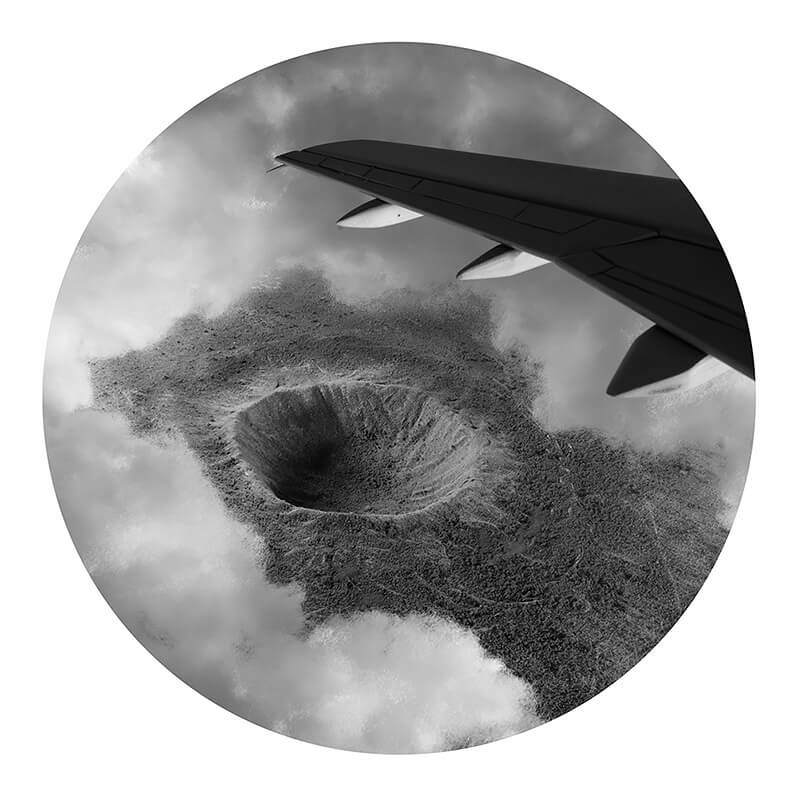