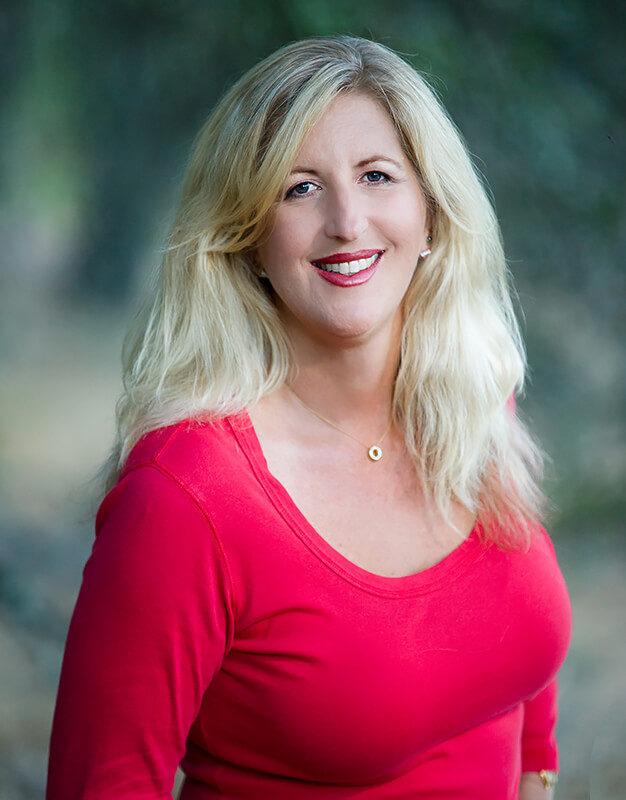 This past week I attended the annual Our World Portfolio Review sponsored by San Francisco's PhotoAlliance. It's always a great venue for seeing new work and also discovering projects by photographers that you may have known, but didn't know what they'd been exploring lately. Annette LeMay Burke is one of those photographers for me. She'd had one image in a travel exhibition I'd juried a few years back titled, The Perimeter of the World, and then it was as if she was traveling the perimeter of the world because I didn't see her again until she sat down at my table at the reviews a few days ago.

Here was a great surprise. Annette had indeed been traveling, making a circuit of the American West, creating landscapes, picturesque landscapes. But wait, what was happening in these views? Something was amiss. In these beautifully composed scenes, there were giant Saguaro cacti and palm trees reflected in crystal clear pools, and a towering pine tree in a barren desert. And therein lay the problem: what was a pine tree doing in the middle of the Mojave Desert with not even a tuft of grass to be seen nearby? I looked a little closer. These weren't real live trees at all. These were what we called Frankenpines in Upstate New York where I grew up. The Frankenpine was outlawed in the Adirondacks and we all got accustomed to the fact that once you drove into the park, there would be no cell phone service. Because that's what a Frankenpine is: a cell phone tower disguised as a fake tree. Usually the tree blends in with the surrounding foliage.

In Annette LeMay Burke's project, Fauxliage, this was not always the case. I couldn't help laughing and looking again and then again. It became almost like a game of Where's Waldo? in some images because the tree looked part of the landscape: a tall palm overlooking a line of U-Haul trucks or a eucalyptus just hanging out next to the side of the road. Other times, they were so cleverly hidden, I gasped. The Holy Trinity at the local church is really 3 cell phone towers? I'm not religious, but this might be a form of blasphemy. Or genius, as the cell phone companies are paying the church good money to plant those there. But sometimes the trees stood out starkly in their native environments, like what looks like a plastic bright green hula skirt crudely covering a tower buried in an oak forest. Who designed that one? Or another where it feels like you're being watched and then look around the site of a crowded mini golf course to realize that many of the light poles are actually cell phone tower trees. Here is what Annette had to say about Fauxliage (brilliant title, I want to add):

Fauxliage documents the prolific disguised cell towers in the American West. I was initially drawn to their peculiar appearance; I then found it disconcerting how technology was clandestinely modifying our environment.

This strange array of palms, evergreens, flagpoles, and crosses has been popping up in recent years. The trees and pillars are not what they appear to be; they are a ruse. I photograph the towers to expose their disguises and highlight the variety of forms. I explore how the towers are creating a newly accepted aesthetic in our neighborhoods. 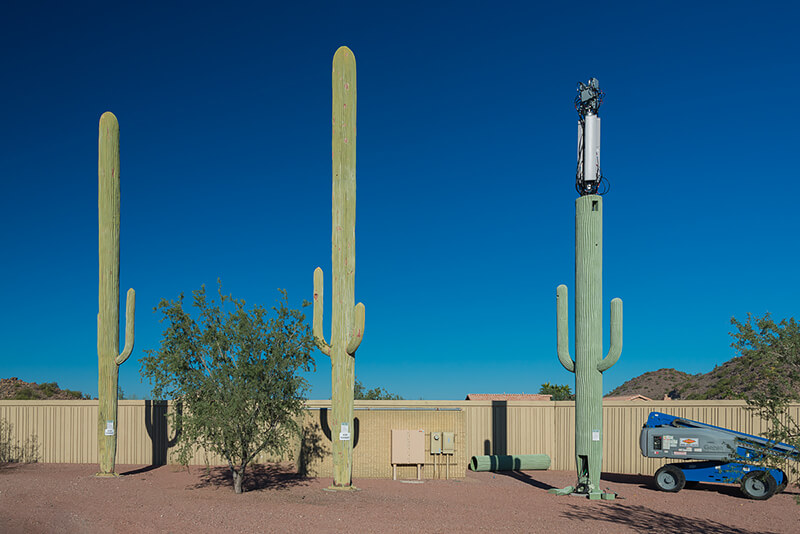 I want Annette's project to be a book, one with the texture of the fake bark on the trees to be the liner of the inside covers. One that perhaps has a map that reveals the locations of these sometimes incredible, sometimes ridiculous creations. One that I pick up and look at repeatedly and have a good chuckle thinking of the things humankind has done right and done wrong. I find myself now driving around California and the West looking for them. Annette must have a secret to locating them or I'm just too easily fooled because I'm not finding them in the land, only hidden in Annette's photographs, which are, by the way, beautifully seen. Sometimes with the raking light of dusk in the desert bathing the towers with that incredible color that comes on with silence. Other times with the pure light of dawn before the wind has picked up and the air is stirred. Then there are the ones that are lit with the stark noon light where you feel the heat of the concrete city around you and you look up at the tree that offers no shade…only to realize it isn't a tree at all. It's a smart project, this one, and I look forward to its completion with anticipation and excitement. What could these engineers possibly turn into a cell phone tower next? I know Annette LeMay Burke will be the first to let me know. 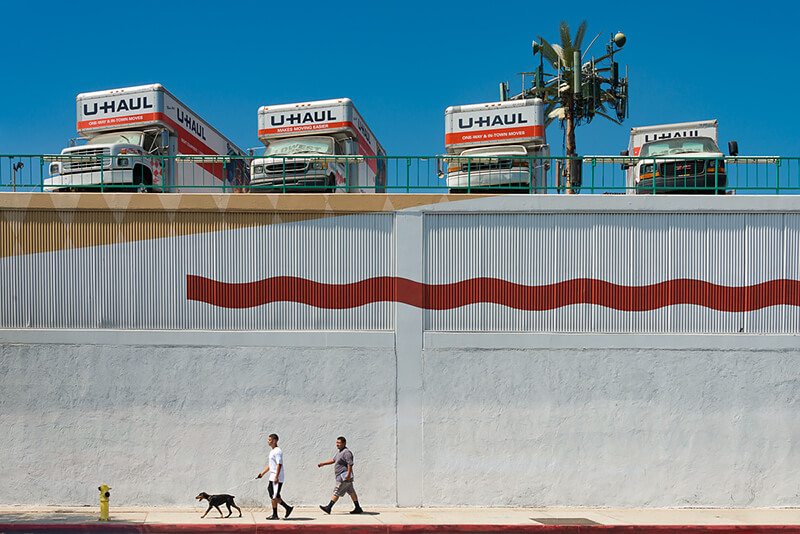 Annette LeMay Burke is a Northern California native who currently lives in the heart of Silicon Valley. She is interested in how we interact with the natural world. Her latest project, Fauxliage, explores how technology is modifying our landscapes, often with idiosyncratic results.

She has a background in earth science, tech, and design, which influences her work today. Her images have a strong graphical aesthetic, often with clean lines and vibrant colors. She examines themes of solitude, introspection, and patterns and processes created by man and nature. She is always on the lookout for the unusual.

Annette's Cuba photos were chosen by Santa Fe Workshops for their 2013 Fall Catalog cover and advertising campaigns both on-line and in print. 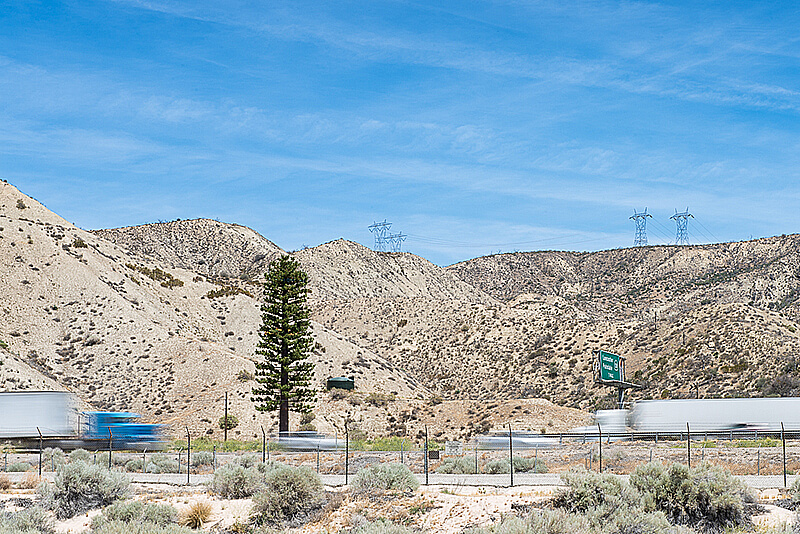 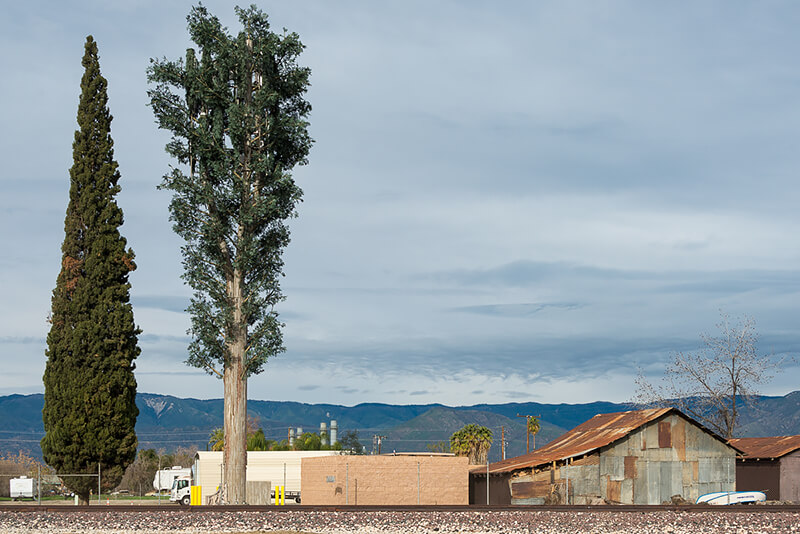 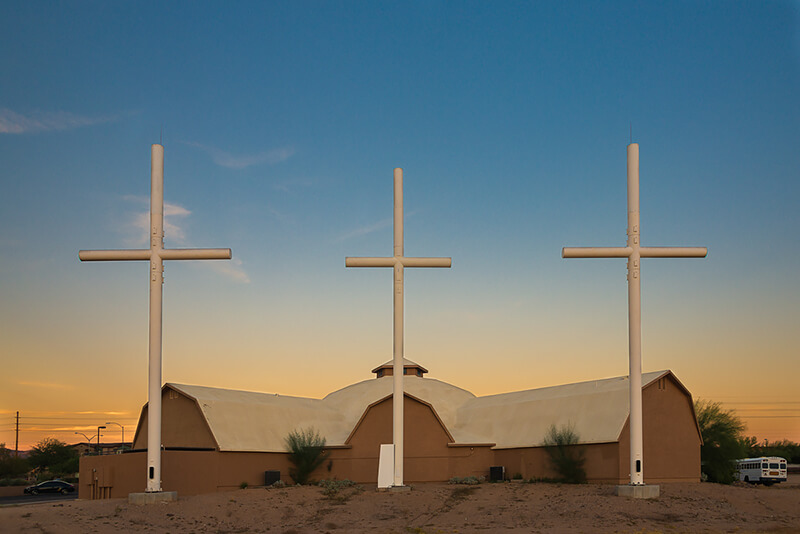 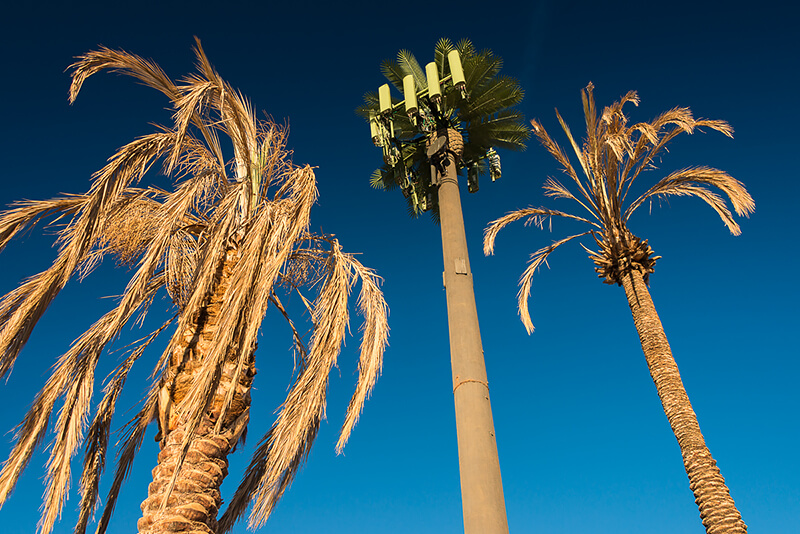 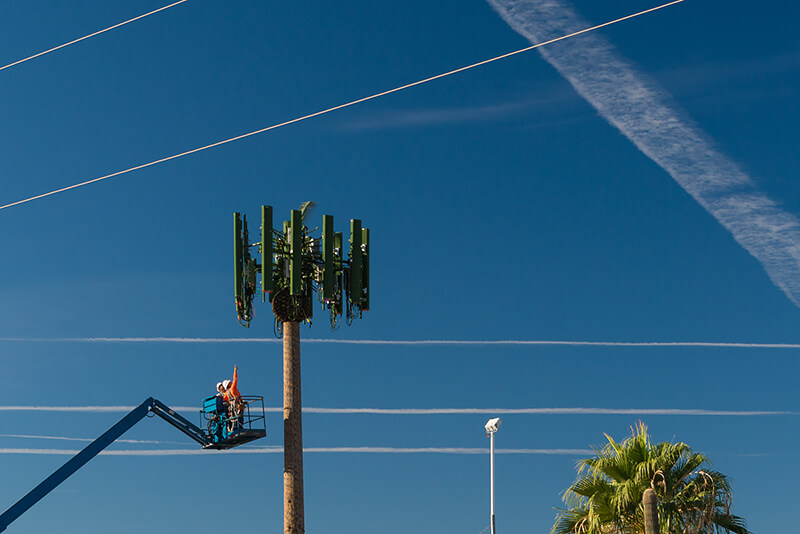 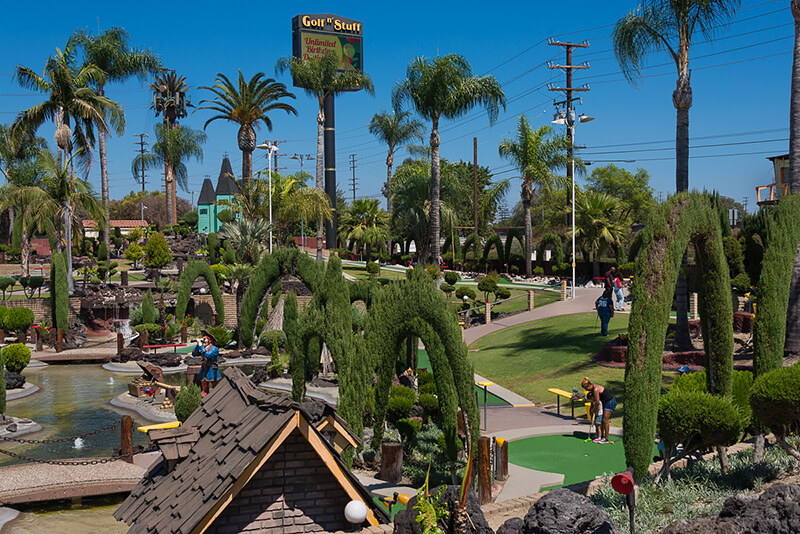 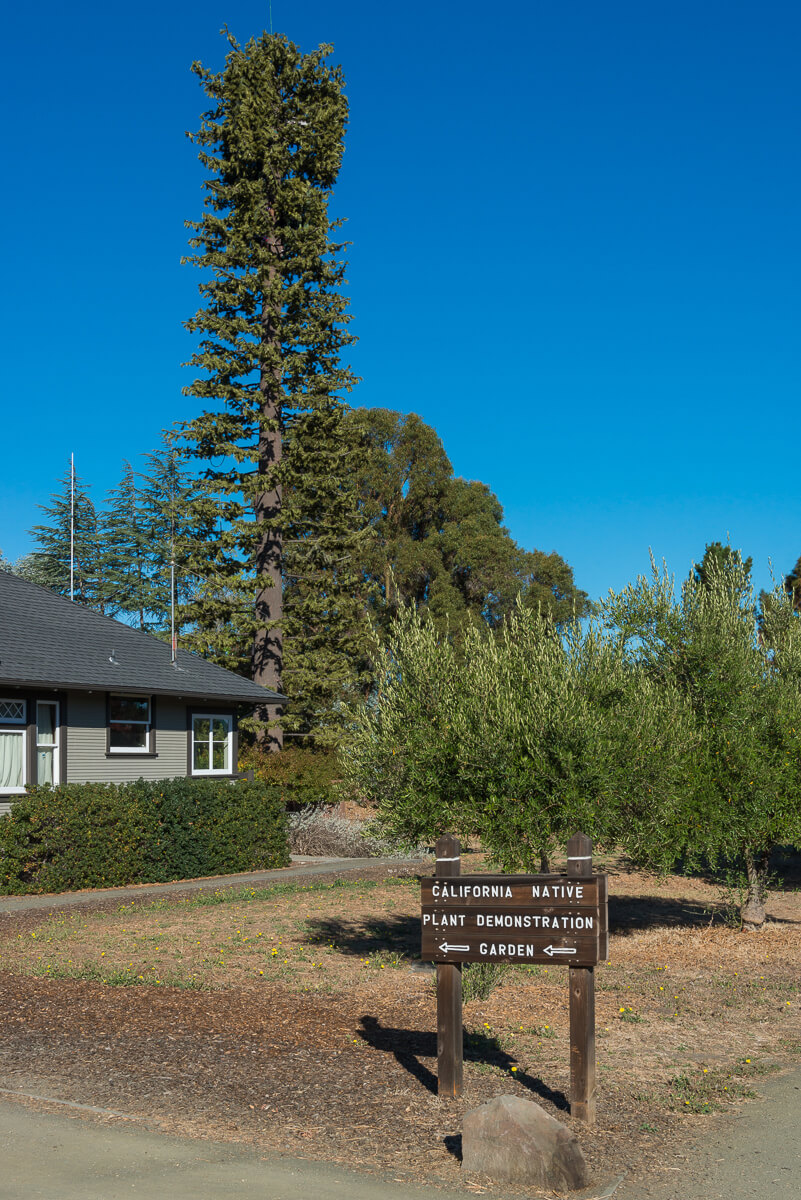