Mimi Plumb: What Is Remembered 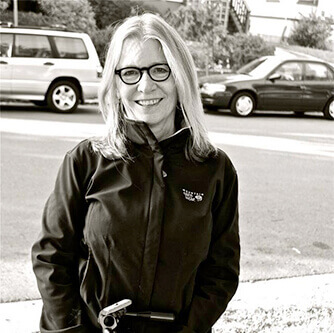 In her later teens and early 20s, Mimi Plumb went back to where she was from, suburbia. She photographed the landscape of her childhood: the mushrooming housing developments, suburban malls, the county fairs, the torn up swaths of land, and most importantly the people living there, the kids, the teenagers, the adults, all reminders of her youth... Throughout her childhood years, in the 1950s and 1960s, growing up beneath the shadow of Mt. Diablo in the California suburb of Walnut Creek, Plumb watched the rolling hills and green valleys be developed with tract homes and strip malls. To her and her teenage friends, they were the blandest, saddest homes in the world. Suburbia also stood in stark contrast to the cultural and violent upheavals taking place across the country, the shooting of John F. Kennedy, the ongoing threat of nuclear war, the civil rights movement, and the anti-war movement. Suburbia felt like a cultural wasteland, something of a purgatory to her. Mimi Plumb got out as quickly as she could upon graduating from high school.

In 1972 as a student at the San Francisco Art Institute, she realized that she wanted to photograph where she came from and what had shaped her. Off and on during the 1970s, Plumb photographed various suburban communities throughout the San Francisco Bay Area, particularly in Walnut Creek and Marin County. These pictures she recently revisited and scanned, then collected into a series called What Is Remembered...

What is remembered? For her, this place of extreme alienation, of land being constantly torn up and divided into subdivisions, the land of Ed Rusha's Standard gas stations, this place, this is where Mimi Plumb came from, and what she remembered. 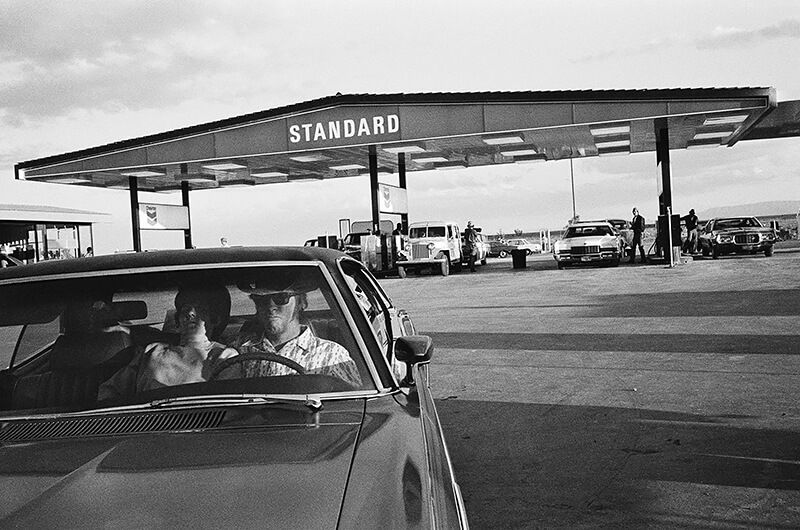 Besides the landscape of her childhood, RayKo Photo Center is also honored to exhibit another era of Mimi Plumb's work. The 1980s, when the photographer returned to the city, having left not just the suburbs, but also an extensive stint in the Central Valley with Cesar Chavez and the farm workers. (There was an amazing crowd at the Steinbeck Center for the event launching a new website of this work and this important movement in history). The 1980s portraits, mostly of San Francisco city life, are the landscape of Plumb's young adulthood. The images attempt to capture the anxieties of a world spinning out of balance, similar to what many are experiencing in today's world. Global warming, civil wars in the Middle East and Central America, and the election of a former movie actor, Ronald Reagan, to the presidency of the United States, all contributed to the the punk diaspora of the 80's and the sense of no future. Dressing up, going out with friends, from photographs such as the Woman at the Crystal Pistol (a punk/transgender bar in the Mission district) to Richard at the Palace (a now defunct landmark pool/billiards hall on Market Street), to Tang at the Bowling Alley (Serra Bowl in South San Francisco) and Neil at the Dance (singer in the legendary San Francisco punk polka band Polkacide), the images document a slice of San Francisco night life. A few of the portraits in this group are a glance back at Plumb's suburban roots like Kim in Palm Springs, Two Women in Fur Coats at the Lookout, and Brie at the Motel.

Both collections of pictures in the upcoming show at RayKo Photo Center are personal and autobiographical in content as well as charged and electrical. To quote Stephen McLaren, By the time she was in her mid-20s, Mimi Plumb turned her attention to the suburbs that were spreading out into the hillsides around Berkeley and Oakland. These pictures that she describes as being the landscapes of her childhood have remained untouched for more than 30 years and only recently has she been able to put together an edit called What is Remembered. It's not hard to discern the influence of Robert Frank and Henry Wessel in these images, shot in the full beam of the California sunshine, but the sensibility on display is not of someone passing through, but from someone who knows the locale intimately. Occasionally, we find images of gawky teenagers hanging out, and these portraits remind us that the photographer was a young woman herself who identified with the listlessness and ennui of growing up in the burbs. (BRITISH JOURNAL OF PHOTOGRAPHY, SEPTEMBER 2015, Cover Story, California Redux) 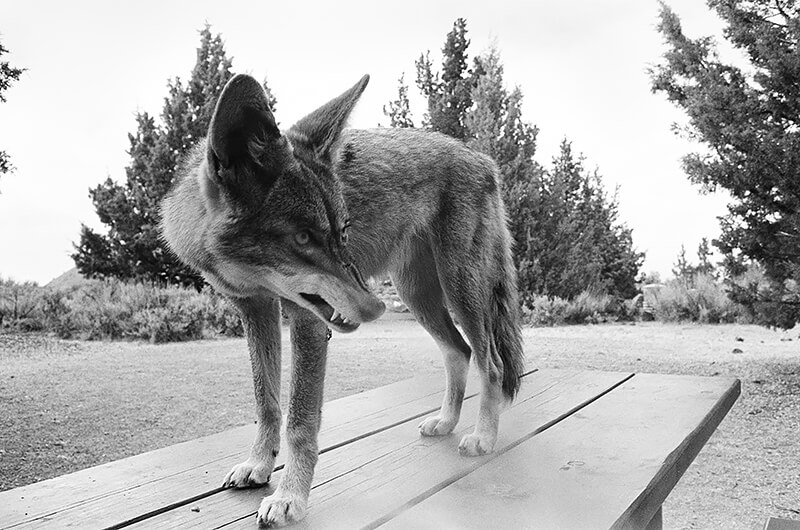 © Mimi Plumb - Coyote at the Park

I have watched with interest as Mimi Plumb has been slowly bringing her archive into public view after all these years. I showed a selection of her Dark Days work in my exhibit, San Francisco Days. I also built the exhibition, The Valley, at San Francisco's City Hall around her farm worker images. And now, it is my sincere pleasure to have a mini retrospective of Plumb's photographs in the exhibition, What is Remembered at RayKo Photo Center opening on May 5, 2016. Mimi Plumb is one of the best street shooters of that era, holding up to the greats, but she has something else that Winogrand and Frank and Wessel didn't have, a feminine eye. A sensibility that the men didn't have. There is something incredible raw about her pictures. I hope you will come see for yourself in May. 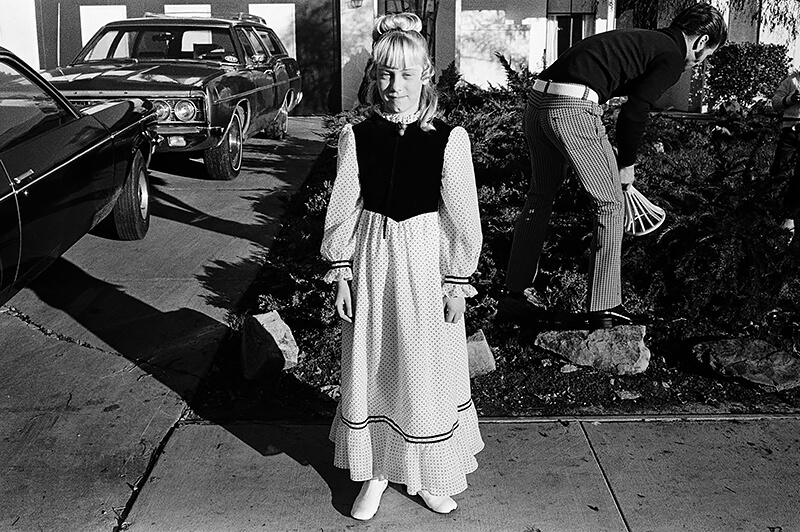 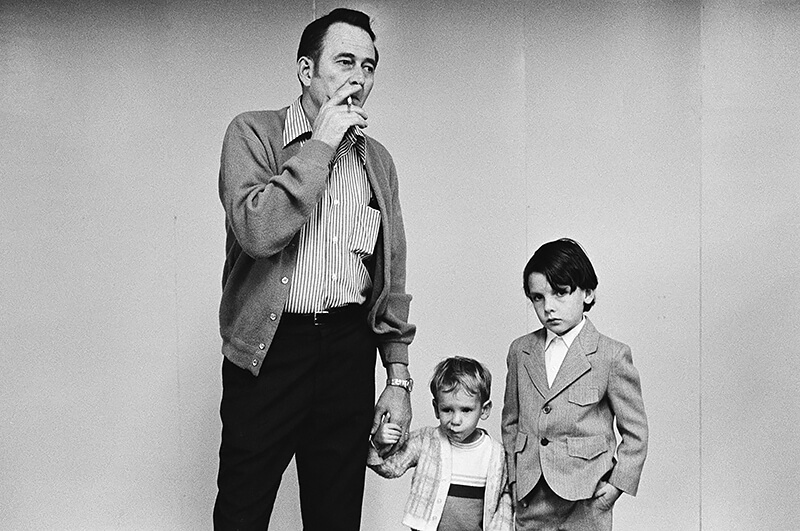