Inaugural Exhibition of 'In Search of Great Men' by McNair Evans 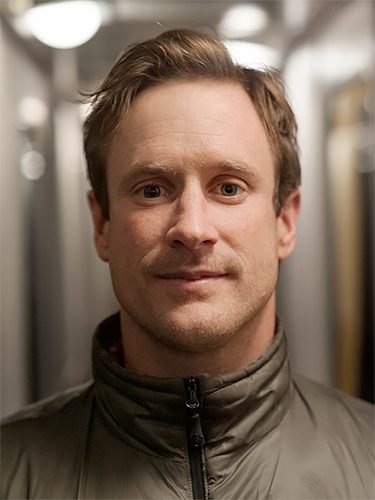 They were once our great-grandfathers' vision of progress. From their inception and race across the North American continent ... passenger trains shaped what it means to be American. While the US freight industry operates more than 139,679 miles of track, Amtrak is a skeleton of the passenger service that once connected the county. In Search of Great Men explores contemporary America through our passenger rail system.
-- McNair Evans

This winter my son and I missed a connecting flight and were told that due to the holidays, there wouldn't be another flight available into my small, hometown airport (or anywhere near it) for 8 days. It was a moment to laugh or cry. I just looked at my 10-year-old and said, Let's find the closest train station and make our way the last 1,000 miles. We cuddled up in two seats and watched the land open up as the train veered away from the city into the wide river valley with the distant curving hills. Away from the road, everything was different, the trees denser, the birds more numerous, the light somehow crisper. I thought in this moment of McNair Evans' long term project, In Search of Great Men. I looked around the train car at the exhausted families, the business men with loosened ties, the couples with gigantic suitcases that seemed to hold everything they owned. I wondered about their stories and where they would alight and who would get on next and where everyone was going in these gently hurtling silver cars rolling with a rhythm into the darkness. McNair Evans' images and accompanying journal pages answered some of my questions, while others were aroused. This exhibition is a culmination of four years spent journeying the country, meeting the people and exploring a mode of transportation that is slowly disappearing.

Evans states, At a time when such travel may soon be only a memory, this show explores that search for something just out of reach and a bit intangible. It is about the desire for change and the possibility of hope fulfilled.

McNair Evans' background of working summers as a teen repairing crossties and tracks on a 32-mile railroad freight line, combined with a recent trip from his hometown in North Carolina to Virginia, inspired the award-winning photographer to explore American from a new vantage-point. As often as he could, Evans embarked on two-week long train trips, crisscrossing the country on Amtrak's seven passenger routes. Presented by the San Francisco Arts Commission Galleries and making its debut at San Francisco's City Hall this April, Evans' epic project, In Search of Great Men, combines compelling portrait and landscape photography alongside photo-documentation of pages from first-person, passenger-written journals, offering the viewer a poignant and empathetic view of the diverse cross-section of travelers he encountered from 2012 - 2014. 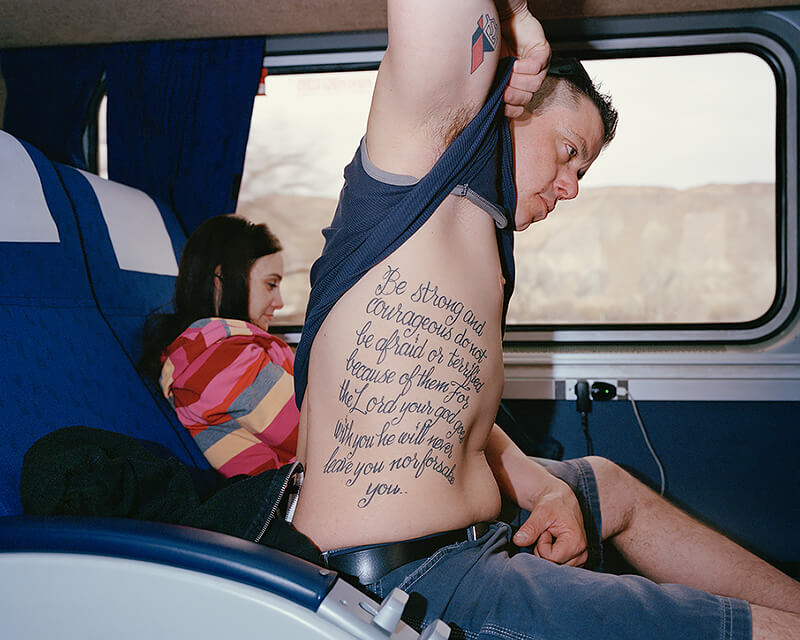 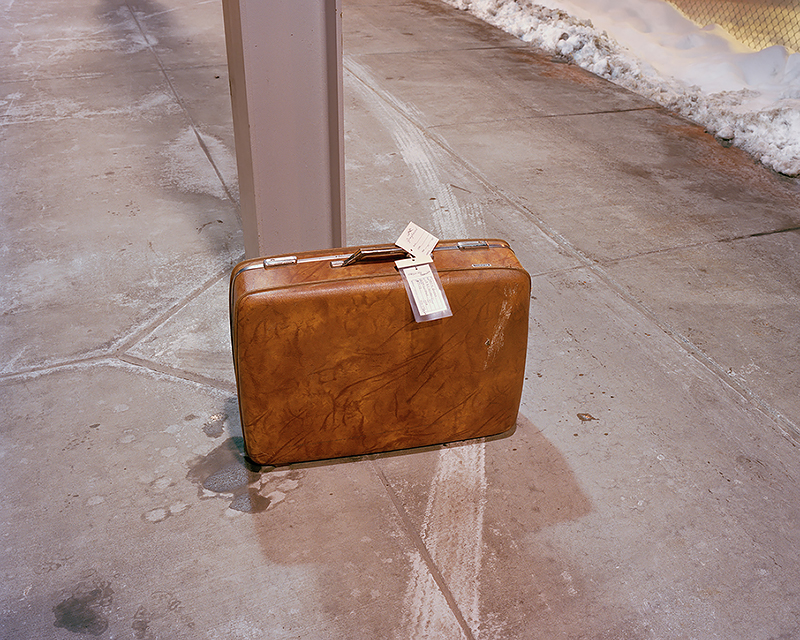 As a former anthropology major, Evans spent his journeys getting to know his fellow passengers who he often invited to write down their story about why they were on the train and where they were going. An Amish family traveling to Tijuana for medical treatment, a single mother commuting to the North Dakota oil fields, and a teenage son hoping to reunite with his father are a few of the travelers Evans shared time with. Collectively, their stories illustrate a moving portrait of the American people, and illuminate shared-experiences amidst forces of modernization.

The artist elaborates about his process, I eat, sleep, and live with my subject. Because long distance trains service many small towns between major destinations, passengers and crew circulate constantly. Collaboration is essential, and each passenger writes about their travels, where they're coming from, and where they hope to go.

I had the honor of working with McNair Evans to select and present a collection of over 120 works comprised of photographs and journal reproductions from In Search of Great Men. The San Francisco Arts Commission Galleries' ground floor exhibition space presents the perfect location to debut this never before exhibited project.

SFAC Galleries Director, Meg Shiffler remarks, We selected Evans' project for this space because the long, lower level hallway at City Hall echoes the linear, utilitarian quality of an Amtrak passenger train. We hope that viewers will feel like they're on the train with Evans, meeting passengers and looking out the windows.

There will be a curator led walk-through with McNair Evans on April 15th at 5pm before the reception begins at 5:30. If you can't be there to hear the artist speak about his journey and his intimate portraits of contemporary Americans, the exhibition will be on view through November 18th, 2016, so plan for this on your travels. You will most likely be inspired to take the long way around and see the land and the country and the people as can only be viewed from the rails. 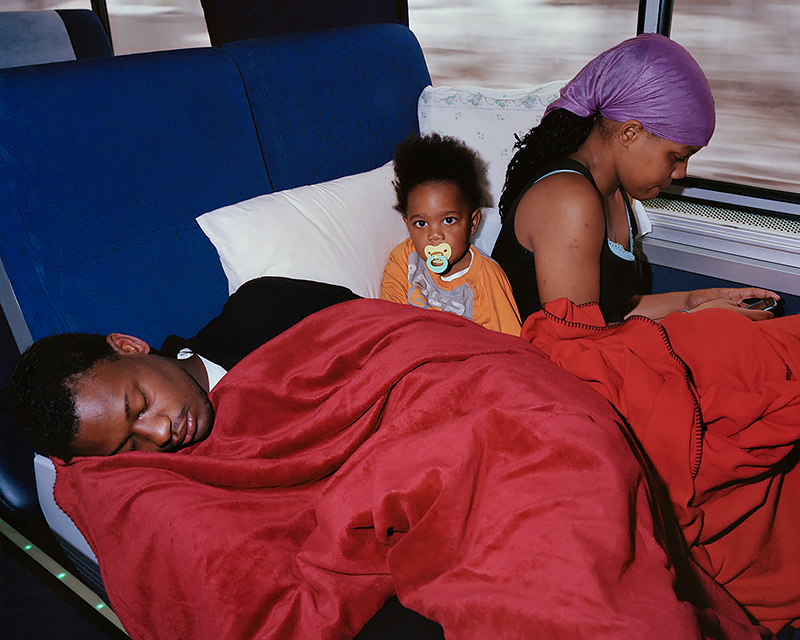 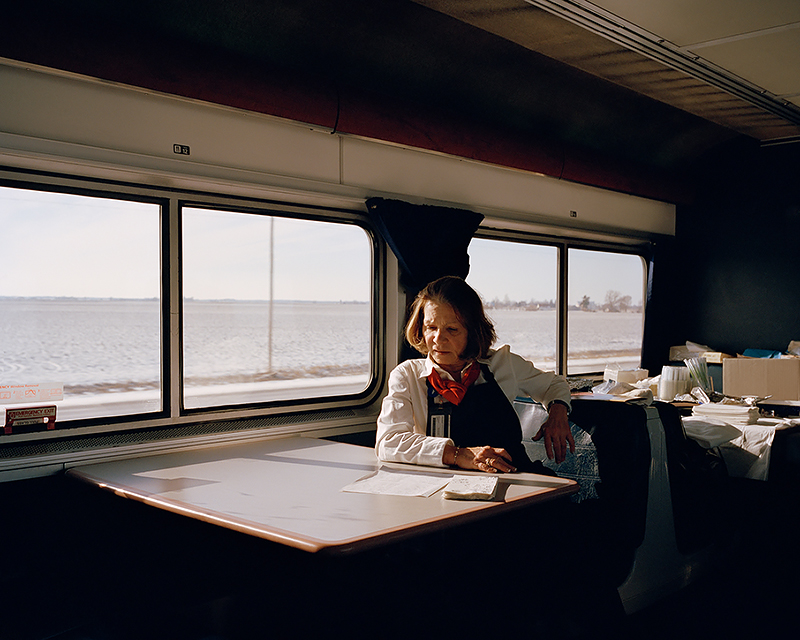 Biography
McNair Evans grew up in a small farming town in North Carolina and found photography while studying cultural anthropology at Davidson College. He continued his education through one-on-one mentorships with highly acclaimed pioneers of new documentary practices: Mike Smith of Johnson City, TN and Magnum Photographer Alec Soth. His pictures draw parallels between the lives of individuals and universal shared experiences and are most recognized for a distinct and metaphoric use of light.

Evans' photographs have appeared in numerous publications, including Harper's Magazine, The New Yorker, The Wall Street Journal, The Financial Times, and on the cover of William Faulkner's novel Flags in the Dust. Confessions for a Son, Evans' first major solo exhibition, was shown from November 2013 to January 2014 at San Francisco's RayKo Photo Center, and was later shown at the Sasha Wolf Gallery in New York from February 25 to April 5, 2015, among other venues. An accompanying monograph also titled Confessions for a Son was published in the fall 2014 and sold out within months. 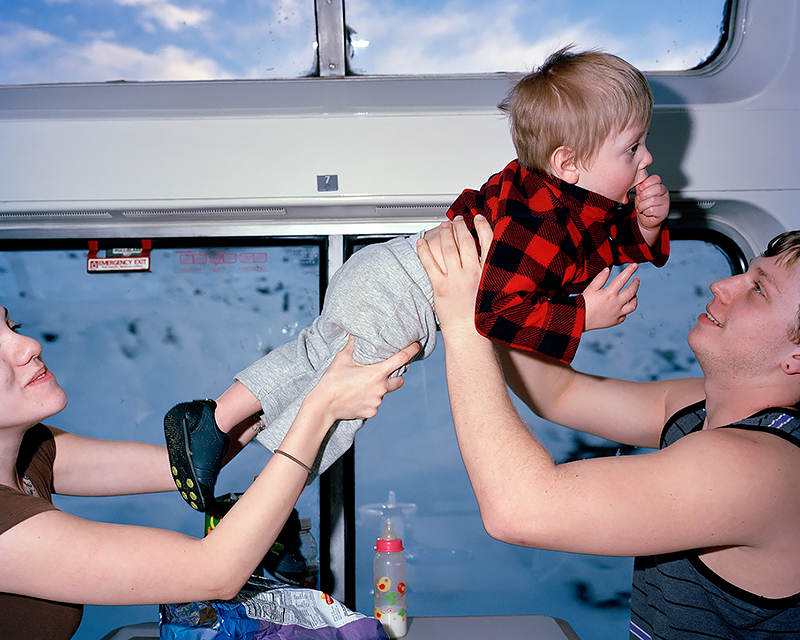 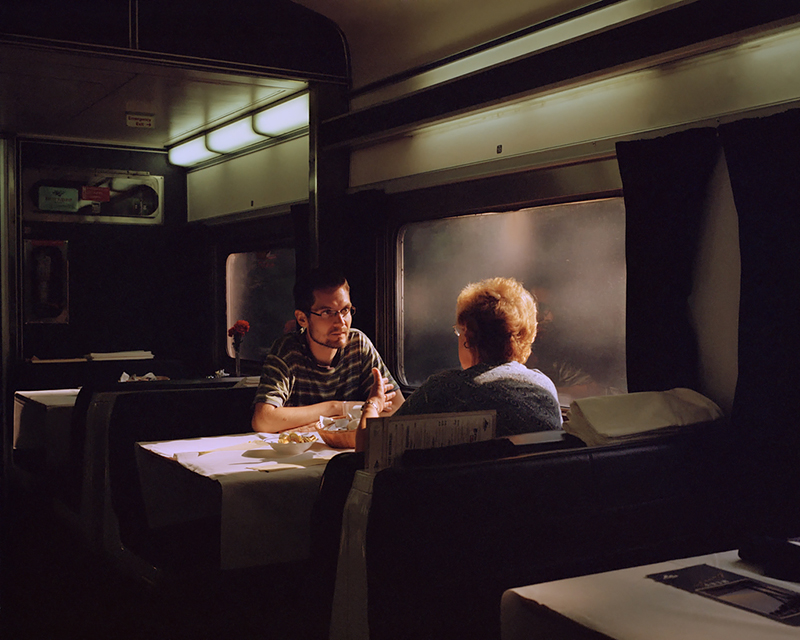 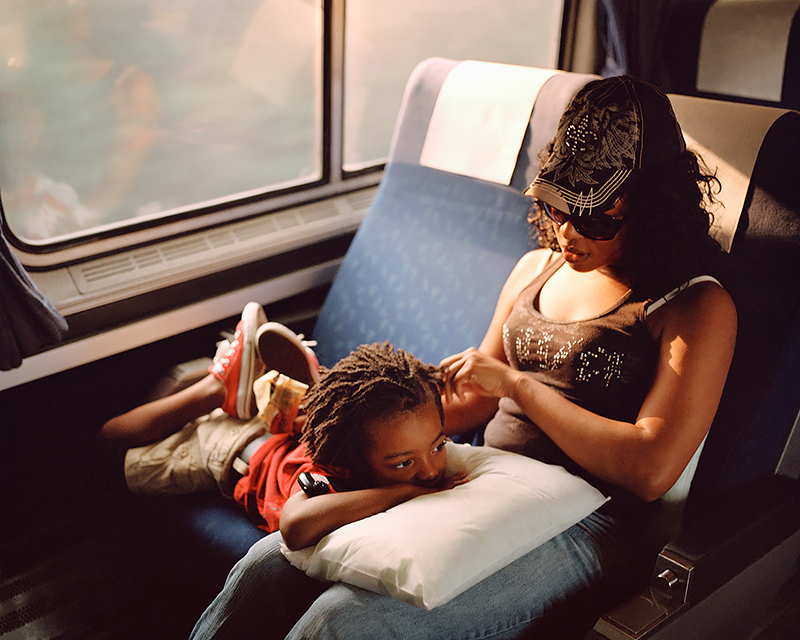 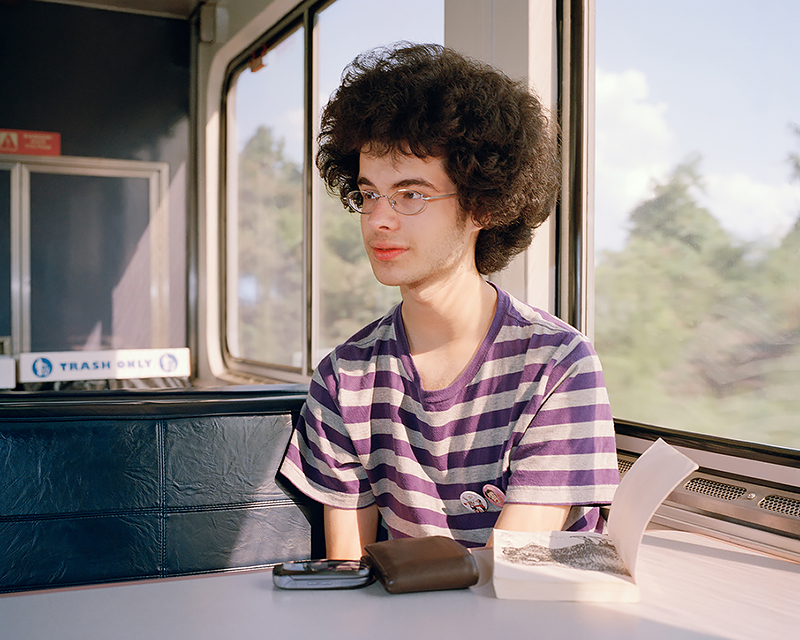 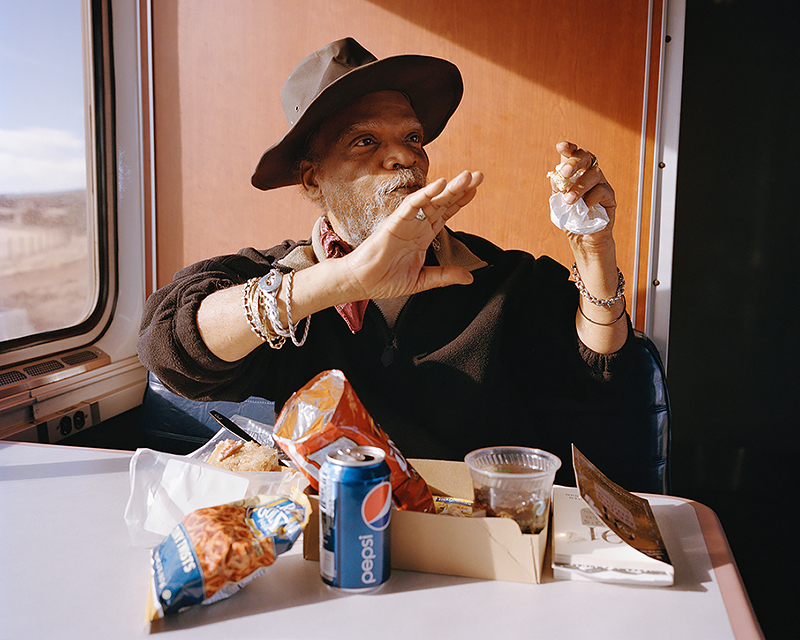 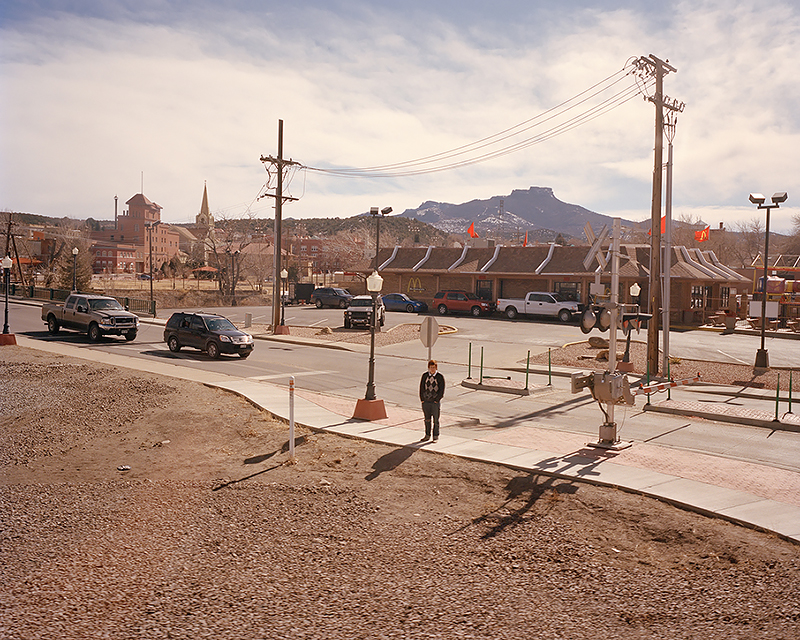 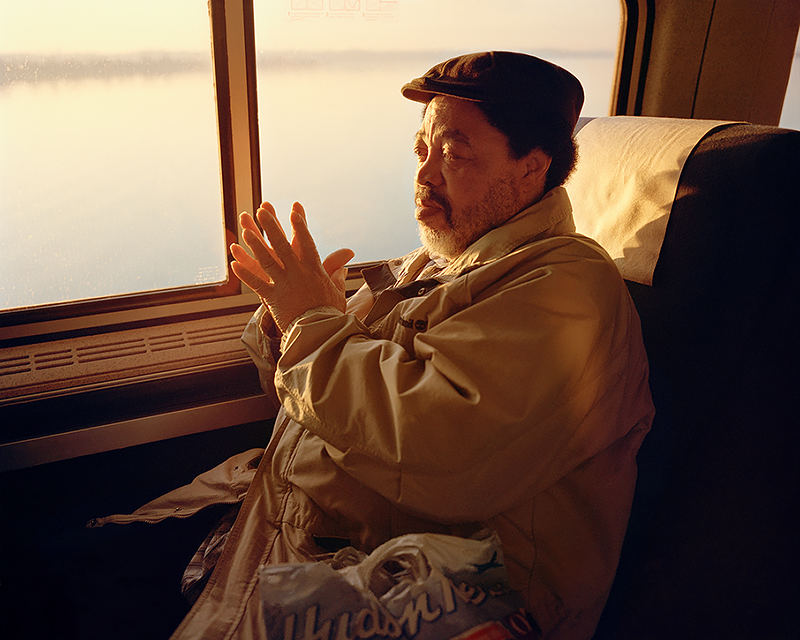 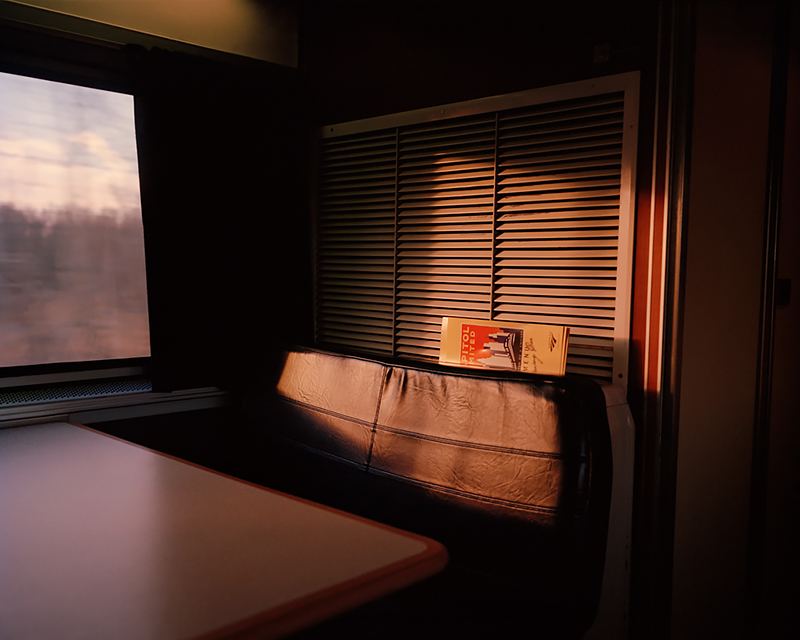