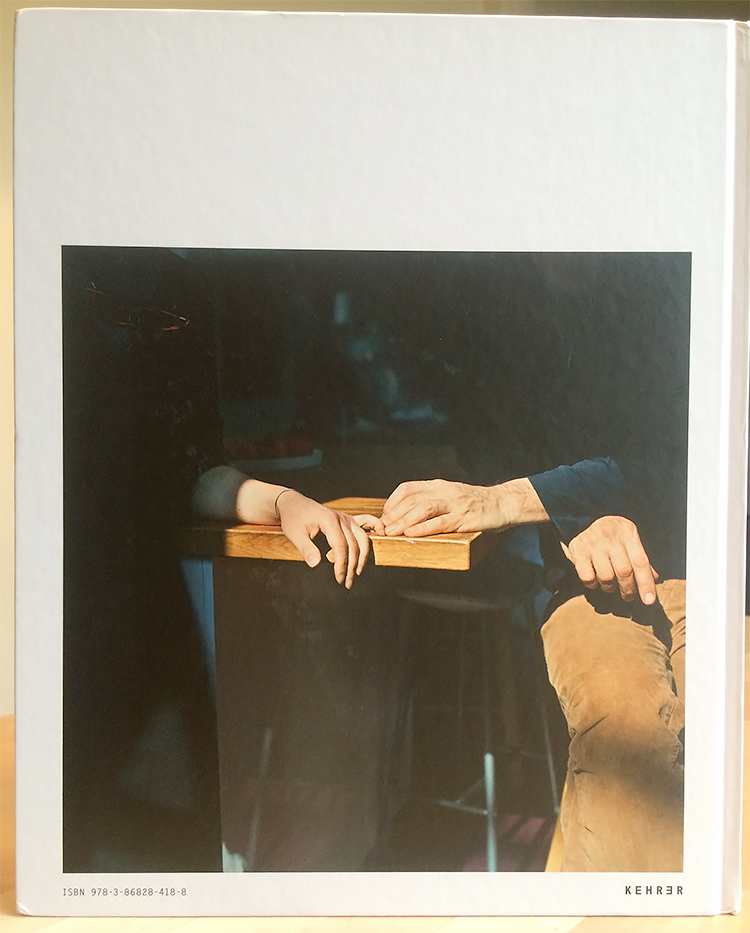 Yael Ben-Zion's work stems from a very personal place, although the issues she engages with often have political or social implications. The images she creates are not straightforward portraiture or documentation but rather intimate moments and depictions that allude to our common experience as human beings.

I had seen Ben-Zion's work from her first monograph, 5683 Miles Away a few years ago when this book was garnering awards. The images, interiors and exteriors, portraits and still lifes, are personal and intimate, but then are somehow simultaneously unquiet. The beauty and tension of these images alludes to the complexity of the political climate in Israel, Ben-Zion's homeland.

I was thinking of the power of these pictures when Yael contacted me about a more recent project. Though published earlier in 2015, Intermarried just showed up on my desk. The artist had me when I opened the package and saw this tender photograph on the back of the book. Not centered, positioned low on the white canvas, one the most gentle pictures I'd ever seen. Just a gesture, but so much more. I opened the book eagerly to find the stories of Ben-Zion's subjects as compelling as the portraits themselves. Intermarried is a project which considers the notion, and questions the implications, of intermarriage. The idea for the project sprouted from a short-lived campaign of the State of Israel that targeted Jews who were 'lost' to intermarriage. While uncommonly explicit in its message, the underlying sentiment behind this campaign is not uncommon. Being herself intermarried, this made Ben-Zion think of the many challenges faced by couples who choose to share their lives regardless of their different origins, ethnicities, races or religions.

Ben-Zion initiated the project in 2009 by contacting an online parent group in Washington Heights, her New York City neighborhood, inviting couples who define themselves as 'mixed' to participate. Through images and texts, mostly culled from a questionnaire she asked her subjects to fill out, the photographer constructed a narrative that deals with the multifaceted issues posed by intermarriage and puts her subjects' personal experiences within a wider social and political context. The result is a powerful book full of lives lived, with challenges faced, and stories shared. There are surprises and heart ache and lessons to be learned. But also, there are the portraits. Sensitive. Subtle. Rich in color and gesture. Moments captured. Time stopped. It could be that Ben-Zion is still shooting film, so there is a deliberateness to the pictures. It could be that since she is living a similar story, that she has brought her understanding and her compassion to the spaces she enters. The homes open up for her, as do the people. I lean back and absorb and learn and am moved by how love really does conquer all somehow. Thank you, Yael. 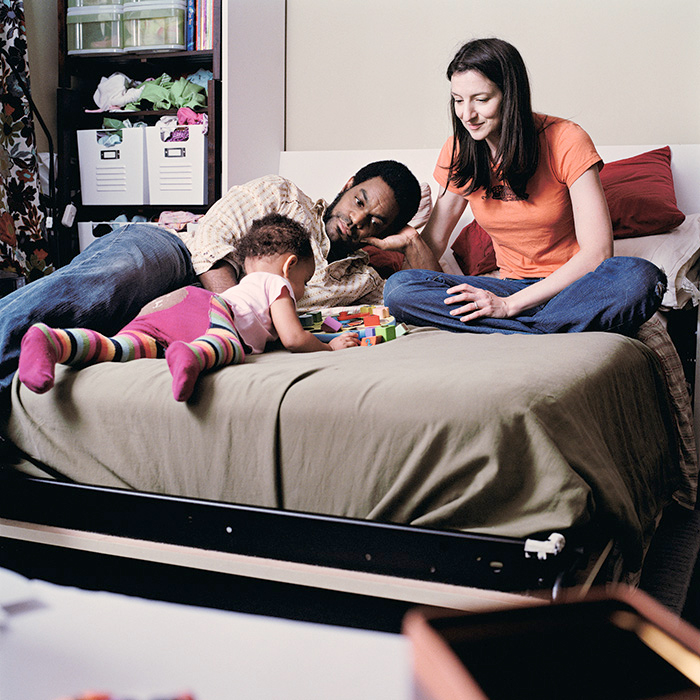 Murphy bed
The term mixed is strictly an outsider observation. It is a term that others would use to define what their eyes see. All couples, gay, straight, summer/winter ... all get reduced to common life themes: time with each other, money, sex, children. All relationships are destined to become ordinary.
-- Cedric 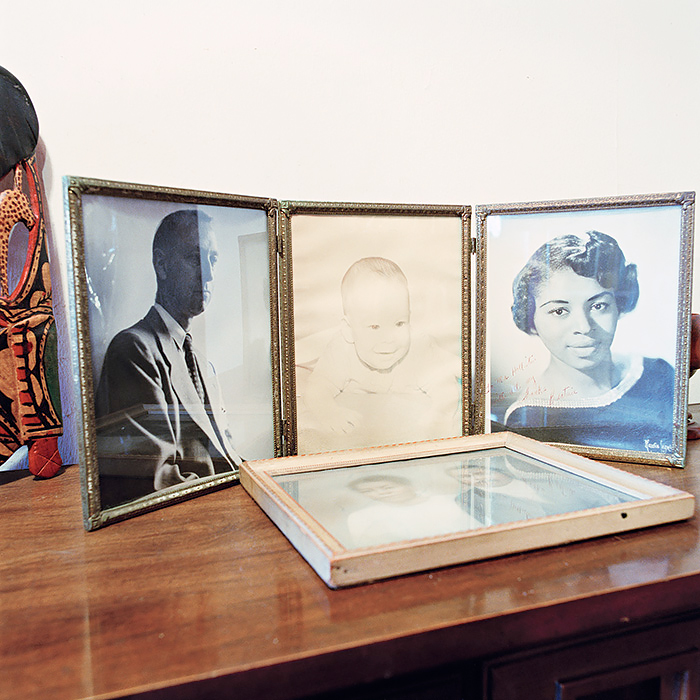 Frames
Beatrice Rippy married Carroll Hollister in New York in 1959, one year after Mildred and Richard Loving got married in Washington, D.C. to avoid the anti-miscegenation statutes of their home state, Virginia. New York is one of the nine states in the US that never enacted anti-miscegenation laws. 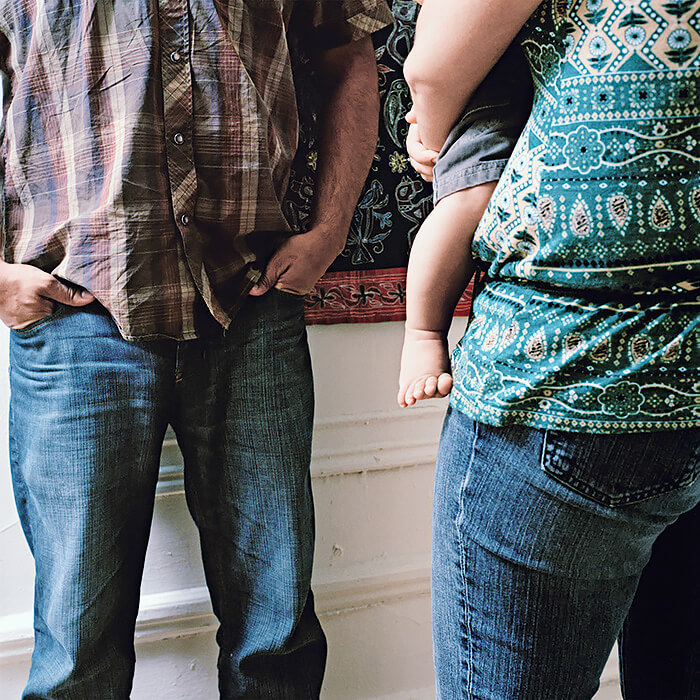 Patterns
We come from such strong cultures that define who we are as people - how we think, what we value, how we see the world - within the big umbrella of being American. There is not a lot of sameness in terms of our respective family dynamics or rituals
-- Michole 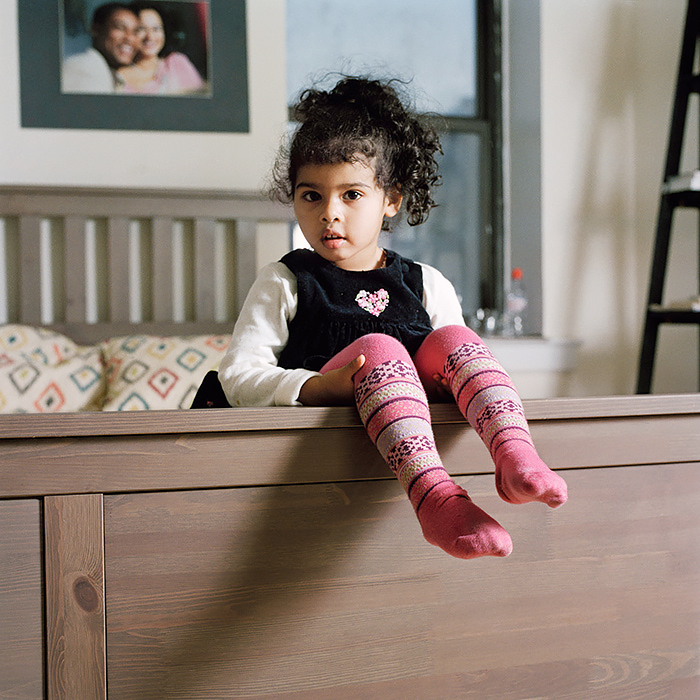 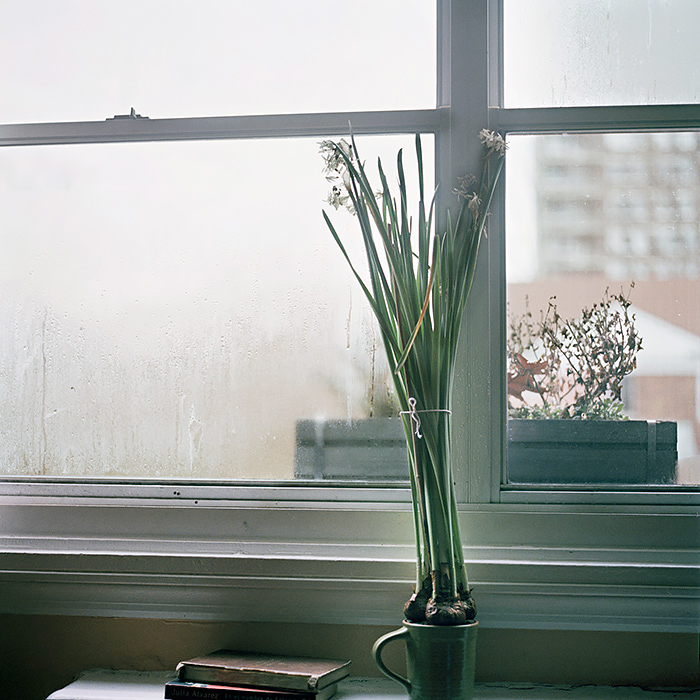 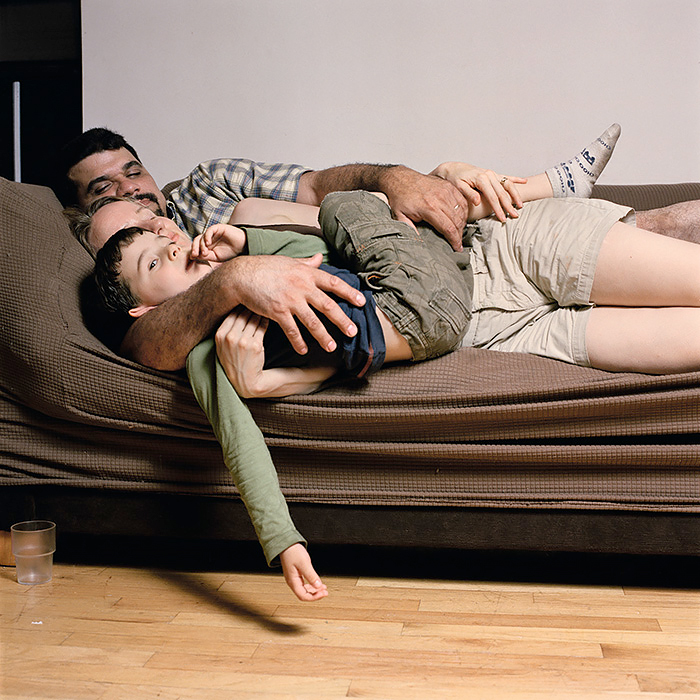 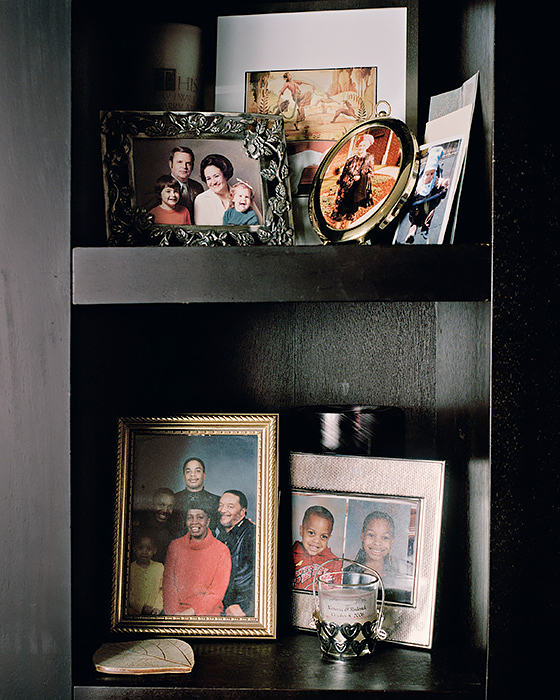 Family Photos
We were both concerned about approval from our families and were aware that we might encounter some disapproval from society. We were also aware that our child might experience some tension growing up.
-- Vanessa and Rick 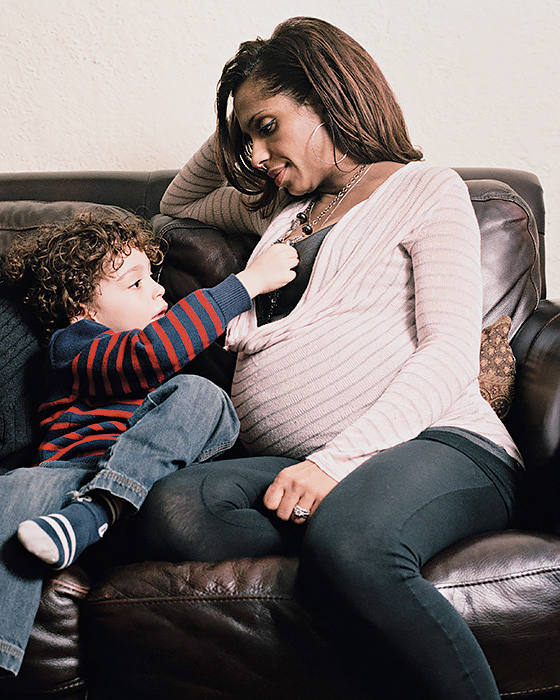 Morena and Blankito
Joselin and I would walk in our neighborhood and would run into some of the Dominican women in the neighborhood. They would tell her that she 'really improved her race' by marrying me. That shocked me, as I certainly didn't think that way and neither did Joselin.
-- Shawn 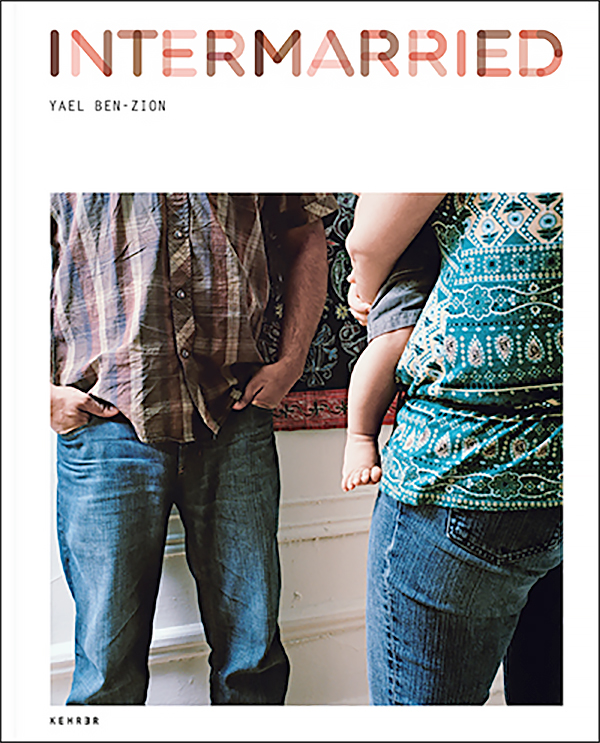 (b. 1973) was born in Minneapolis, MN and raised in Israel. She is a graduate of the Hebrew University of Jerusalem, Yale Law School and the International Center of Photography. Her work has been exhibited in the United States and in Europe and is also included in the MTA-Artists Unite Subway Elevator Poster Project. Yael is the recipient of various grants and awards, including ICP's Directors' Scholarship Award, the International Photography Awards and grants from NoMAA and the Puffin Foundation. In 2007, her photograph Crash was selected for the cover of American Photography 23. Yael's first monograph, 5683 miles away (Kehrer, 2010), was selected as one of photo-eye's Best Books of 2010 and for the PDN Photo Annual 2011. It was also a nominee for the German Photo Book Award 2011. Intermarried (Kehrer, 2014), her second monograph, was selected for American Photography 30 and featured in a variety of publications, among them, the NY Times Sunday Review, PDN Magazine and the Forward. 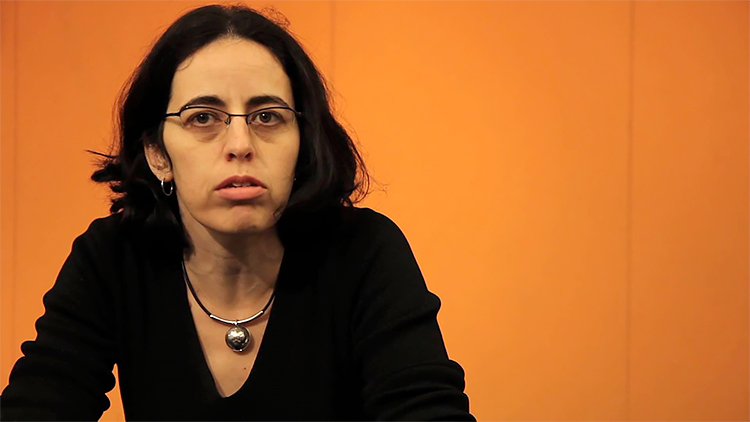