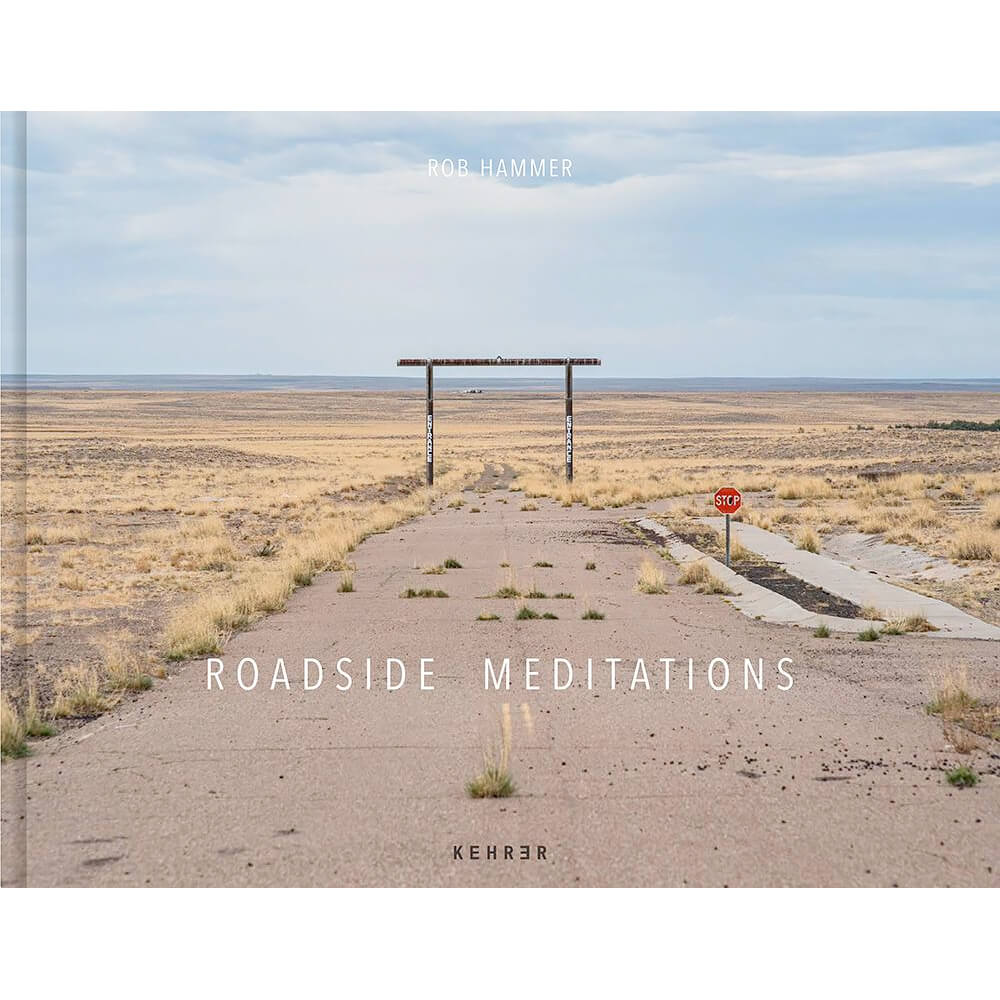 ''Searching, though rarely for something specific; exploring, though his discoveries are often intangible. The compositions that follow are not photos of places. Sure, you could go to the exact GPS coordinates and look in the same direction that Rob pointed his lens, but you'd never see the same thing he did. The photos here are precisely what the book's title suggests. Roadside meditations. They contain what you see, the play of light and texture, the contrast of structure and negative space, the eternal division of earth and sky.'' - Nick Yetto

Photographer Rob Hammer logs in an average of 35,000 miles per year road-tripping around the United States in his truck with his dog, exploring, discovering, and photographing what he's said can be ''an endless expanse of unknown.'' He's come to call the trips ''treasure hunts,'' and the 75 color images collected in his new book, Roadside Meditations (Kehrer Verlag, October 4, 2022) reflect a sense of respect and wonder not only for the landscapes and human imprint he discovers along the way, but also for the immersive process itself.

In his essay for the book, Hammer reflects, ''The road has become so many things to me besides just a place of peace and solitude. It's completely transformed the way I think about people, life, relationships, photography, and what I don't want for my career. It's also made me fall in love with America, especially the West.'' 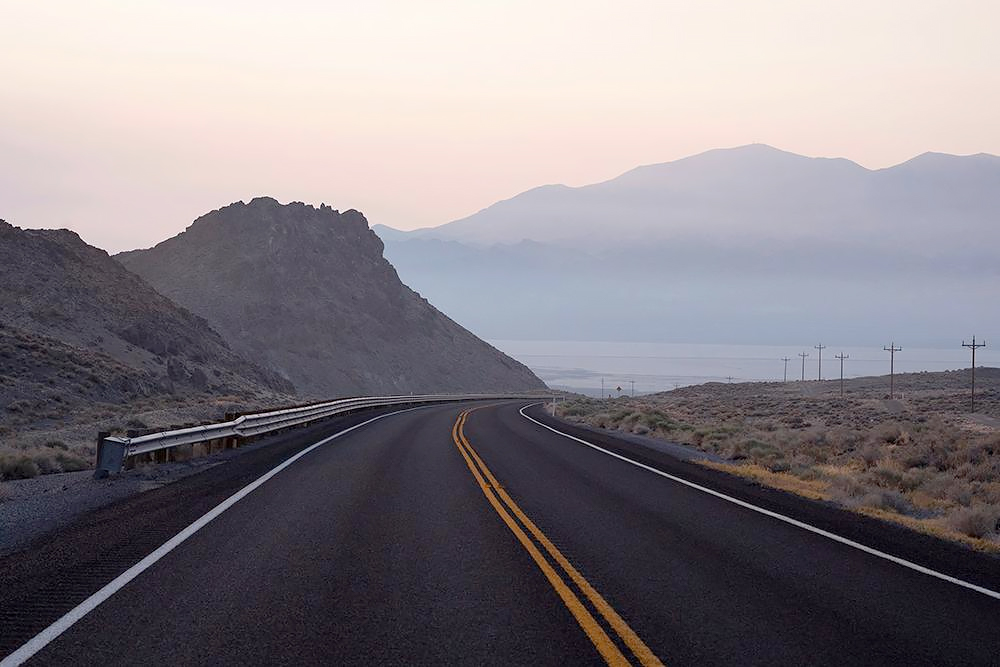 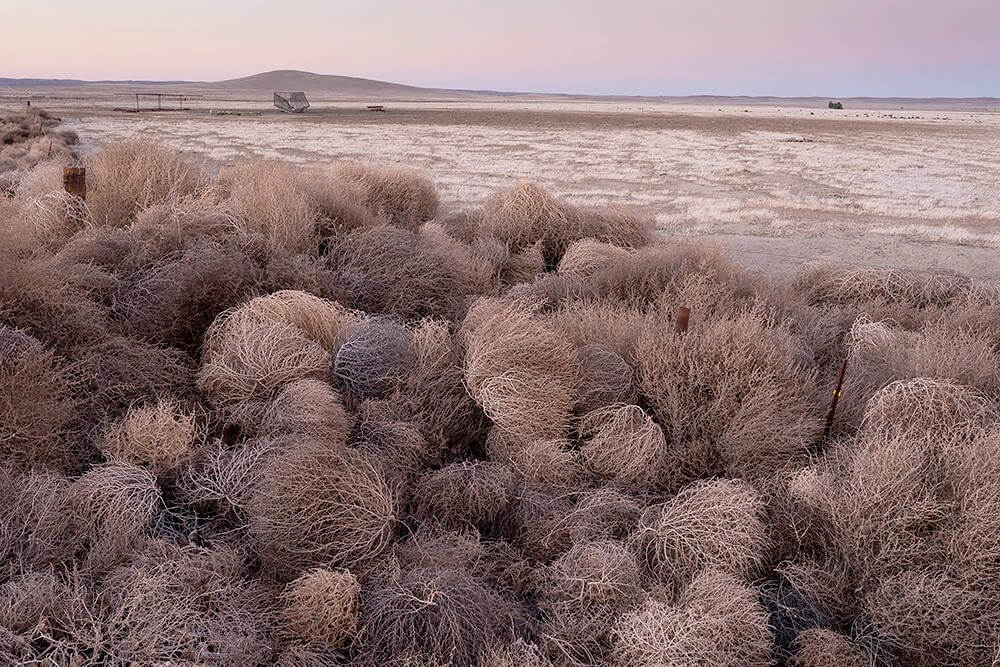 The images in this book do include some of the western states like Oregon, California, Nevada, and Arizona, and also provide a glimpse further east to a handful of mid-country states such as Kansas and Nebraska, as well as Virginia and Pennsylvania on the east coast. While disparate in their geographic location, the photographs share a similar aesthetic and rural sensibility. These images are of places where roads and vistas collide, and rocky peaks and grassy plains spill out into the intersecting horizon line where the sky looks like it extends forever.

Largely landscapes, the presence of humans is nonetheless felt in many of the images through power lines, winding asphalt, abandoned buildings, and roadside signage that appear throughout many of the images. Author Nick Yetto contributed the book's foreword and he speaks to the meditative, philosophical feeling that is present within the images and the project on a conceptual level.

He writes, ''These meditations are not pretty pictures. They're punch-outs from the eternal. A place, and all that it was, and will never be again; an instant and all of everything in the universe that swirled around it; a person, and what he was feeling, thinking, in that millisecond of his life.''

Some photographs are presented full bleed, while others are presented with a border. This variation creates a rhythm to the viewing process and image unfolding, much like how a passing landscape shifts and wanes through a car window. 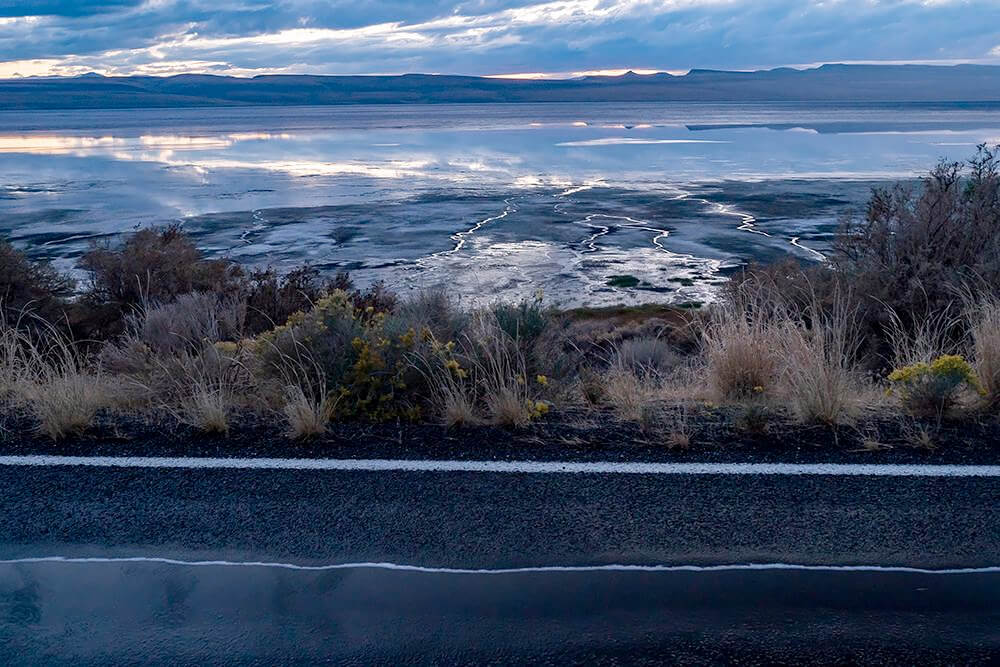 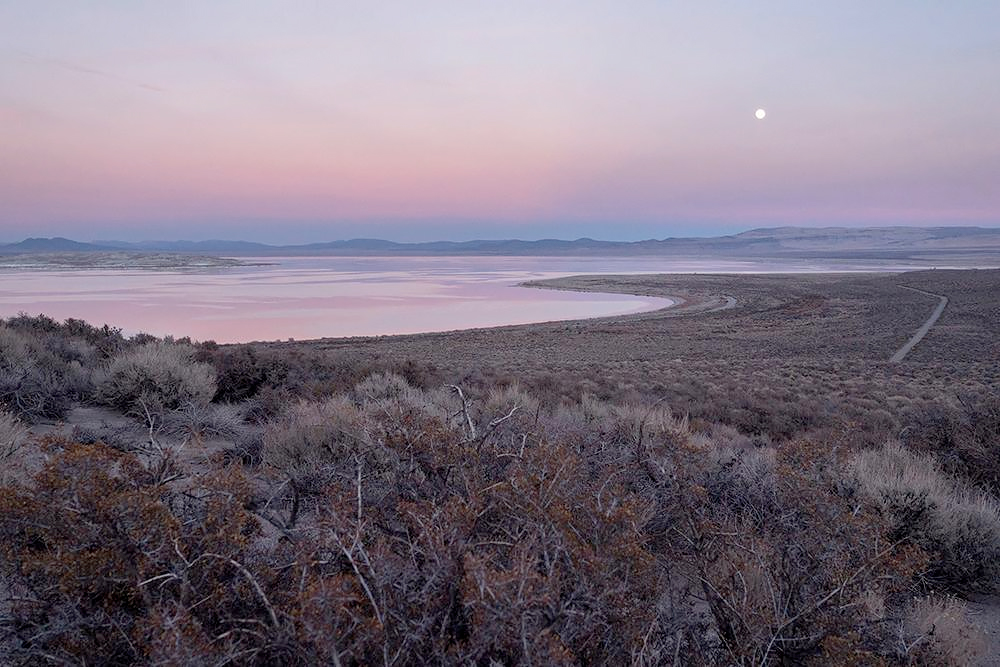 About the Photographer:
Rob Hammer is a photographer based in Los Angeles, California. He has traveled the world working as an advertising/documentary photographer, and has also developed a rich body of personal work that revolves around his numerous road trips through his homeland, America. He is most known commercially for shooting athletes and adventure and when not creating campaigns for commercial clients, notable personal projects have included 9+ year projects such as ''American Backcourts,'' ''Barbershops of America,'' and ''America.''

About the Contributor:
Nick Yetto started his career as senior web producer for Car and Driver magazine. He's worked as a freelance writer and content creator for over two decades, producing novels, screenplays, magazine features, graphic novels, and audiobooks. He's the president and publisher at Helderberg Press Inc. Yetto lives and works in Clarksville, New York. 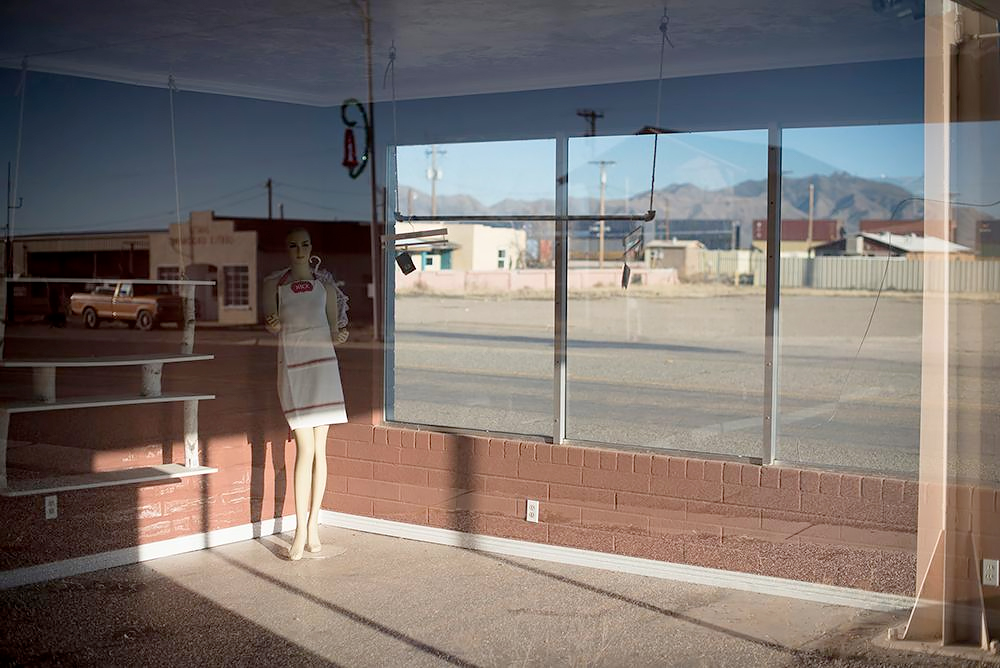 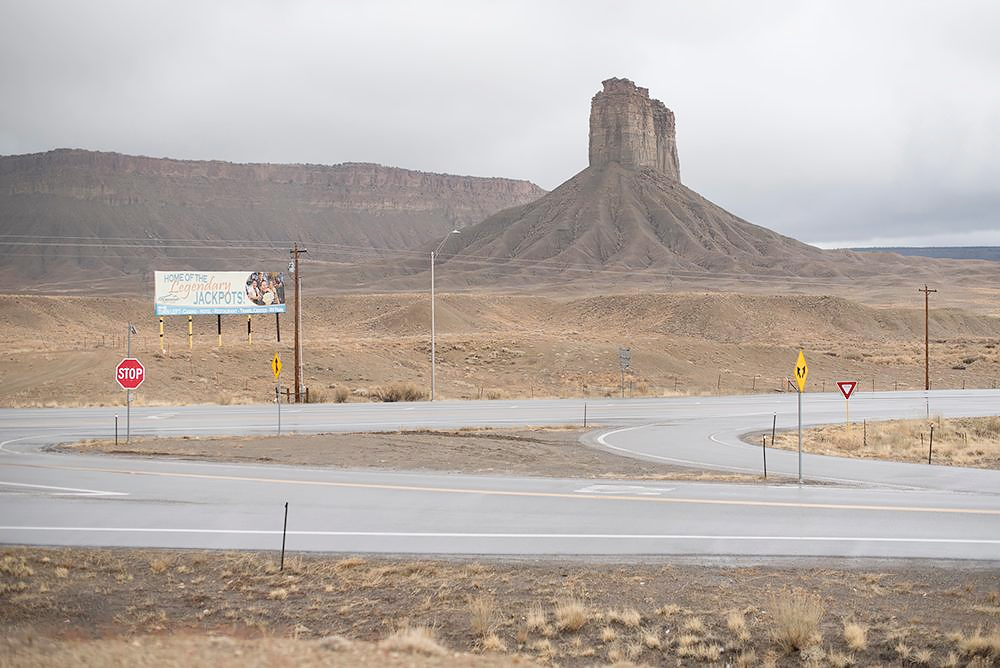 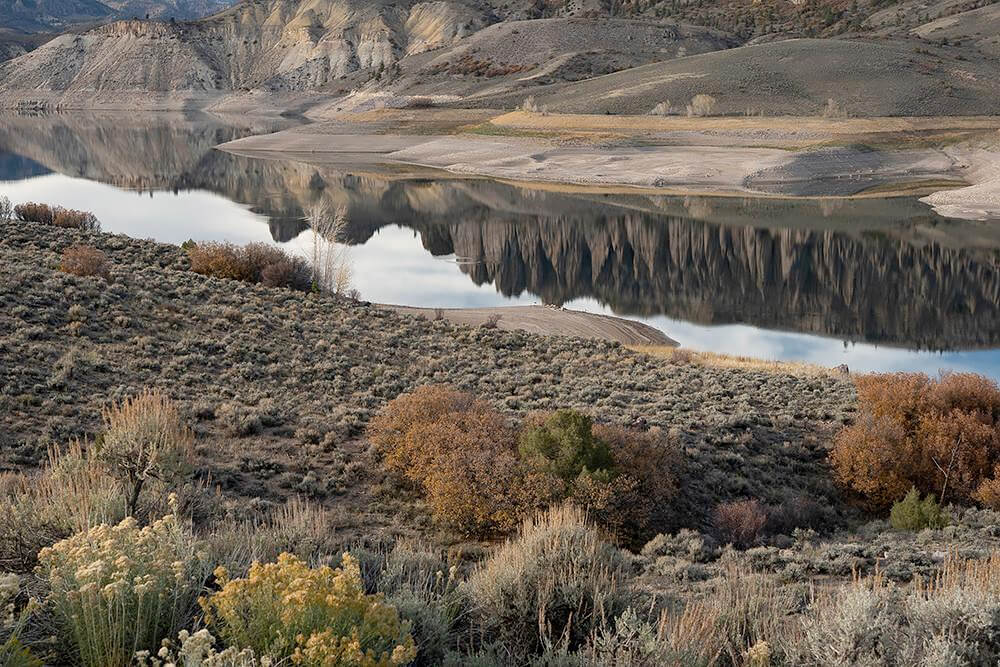