Station to Station by Ed Hotchkiss 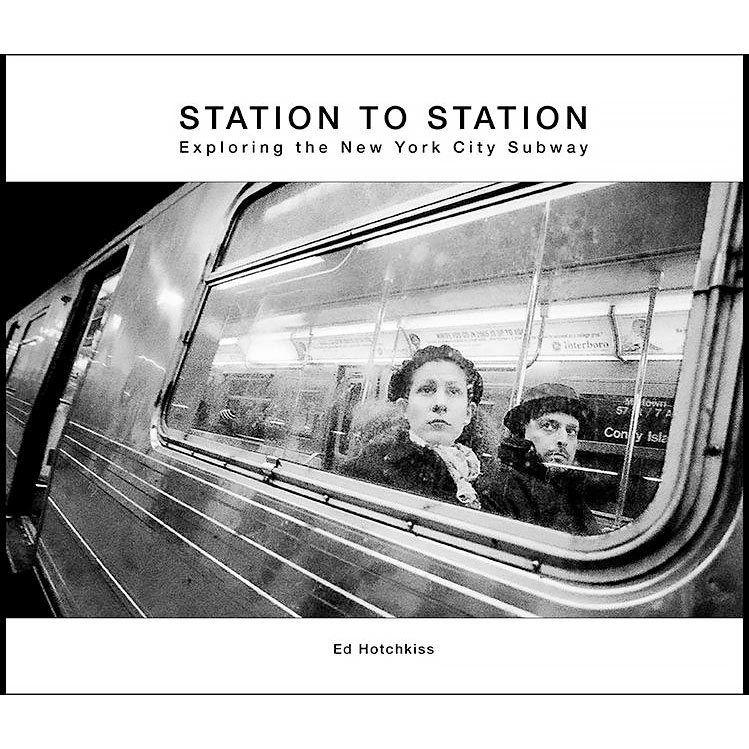 At the end of the day, Ed Hotchkiss is a master at evoking the bracing crisscross of tales that comprises the churning lifeworld of the underground city. —Lawrence Weschler

The New York City subway system shuttles many of the over 8 million NYC residents from here, to there, and photographer Ed Hotchkiss journeyed on every line, criss-crossing the city and its boroughs, discovering and noticing. The subway cars gather and hold for a finite amount of time a seemingly random group of people, all with their own unique lives, hopes, and plans, and who each disperse and disappear upon exiting the train. This setting provides a unique opportunity to observe the vast array of humanity that signifies New York. These images reflect the value Ed saw in what he found.

Working to be as discreet as possible, Ed would wear unassuming clothing, hold a newspaper and pretend to read it, all the while sneaking glances, holding his camera on his hip, and often using a cable-release shutter to be as unobtrusive as possible. The resulting collection is candid and caught images, found expressions, and authentic examples of people being people.

The black and white collection shows people within the trains, on the subway platforms, looking out windows, and the world Ed observes on his rides. He would ride the lines on weekends and evenings after work. The project began as a study in street photography and evolved over the course of 15 years, culminating in this book. 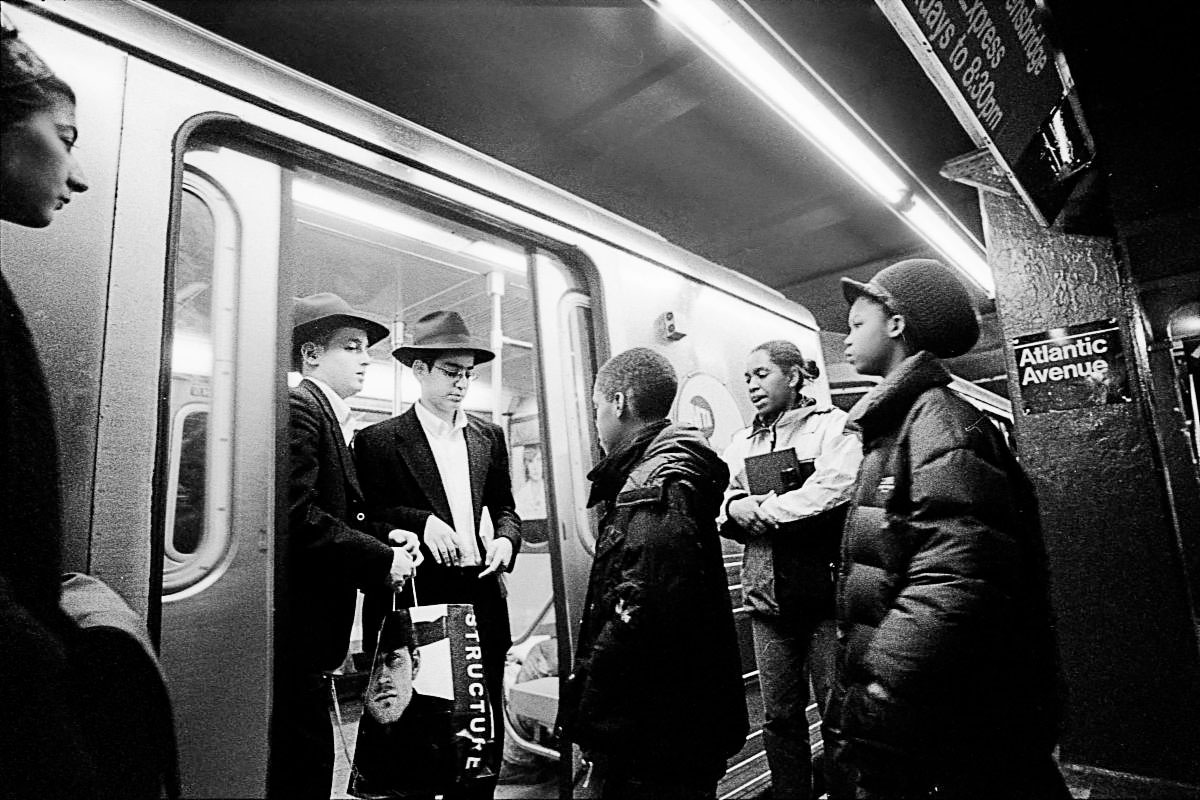 In his essay he writes of the evocative internal exchange that would sometimes stir up a memory from his own life, or spark contemplation of someone's story. In this way, the project takes on a different sense of collaboration–a gesture from an unassuming train rider sparks a memory or thought in Ed, and some sort of connection has been made.

﻿Taking the 1 train to Van Cortlandt Park in the Bronx and watching the camaraderie of cricket players reminds me of the softball games of my Denver childhood. As I rode, I began to see moments, gestures, expressions of interactions. I began to interpret stories from seemingly insignificant details—laugh lines around a person’s mouth, a defiant stance, or the spring in someone’s step. 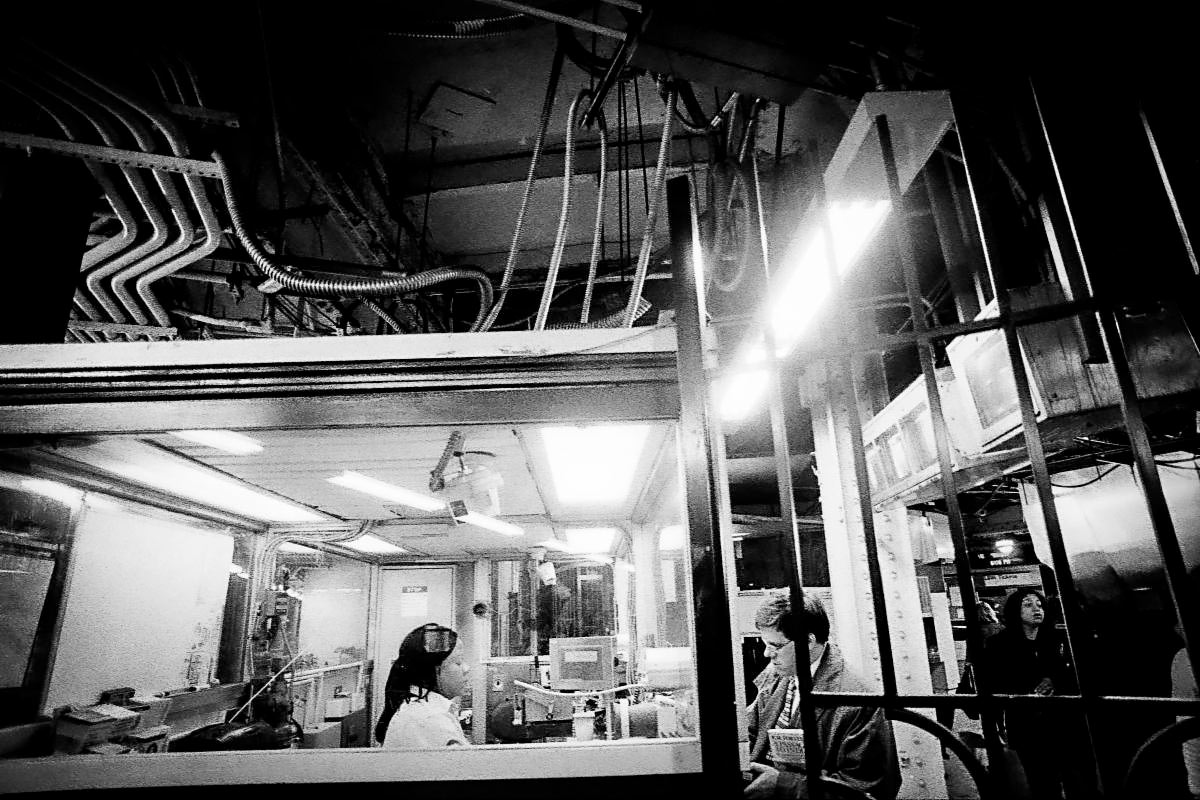 This ability to observe and consider translates throughout the photographs, and serves as an invitation to the viewer to engage deeply with the same kind of wonder. He travels throughout the five boroughs of New York and he calculates there are about 15 different and diverse neighborhoods within each. 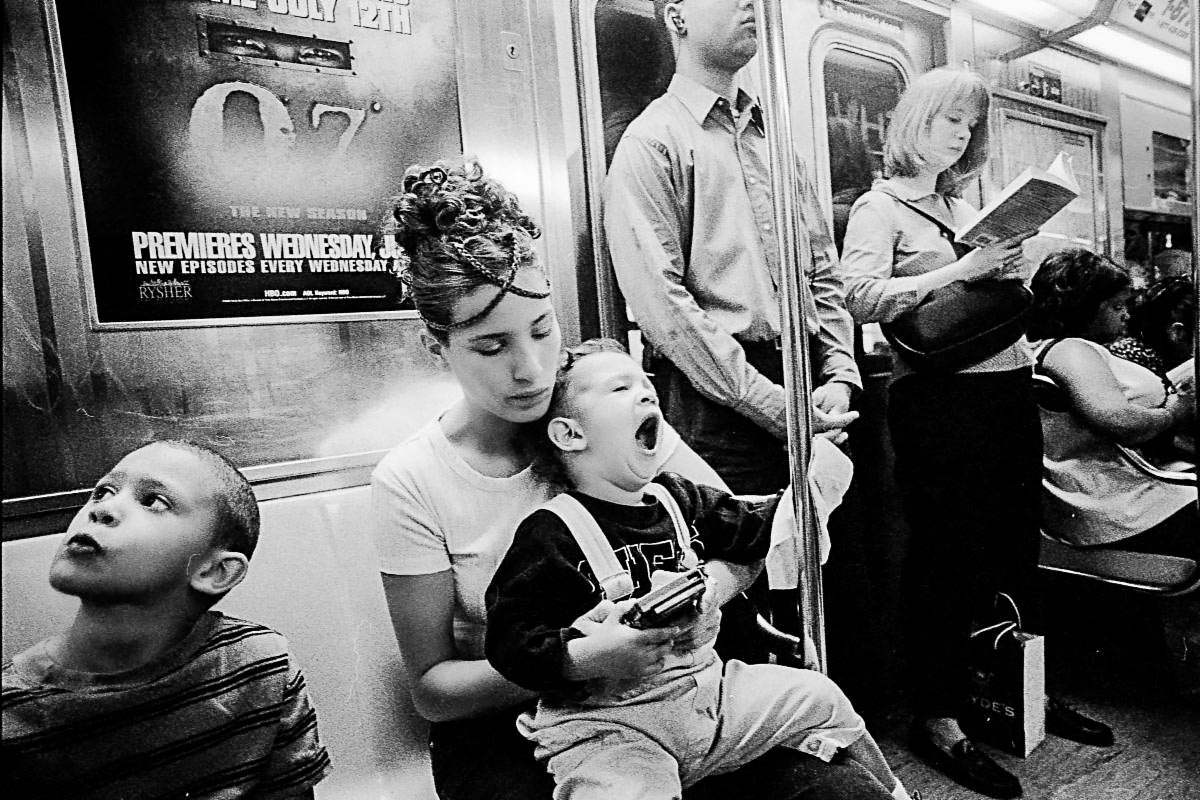 He shared with essayist Lawrence Weschler that, “...in the subway, which is how I get to them all, it really is a melting pot—the entire world in microcosm, all the communities tumbling and scrambling all over one another, as, by and large peaceably, they just keep going about their days. And getting to observe that in turn is one of the things that keeps drawing me down there.” 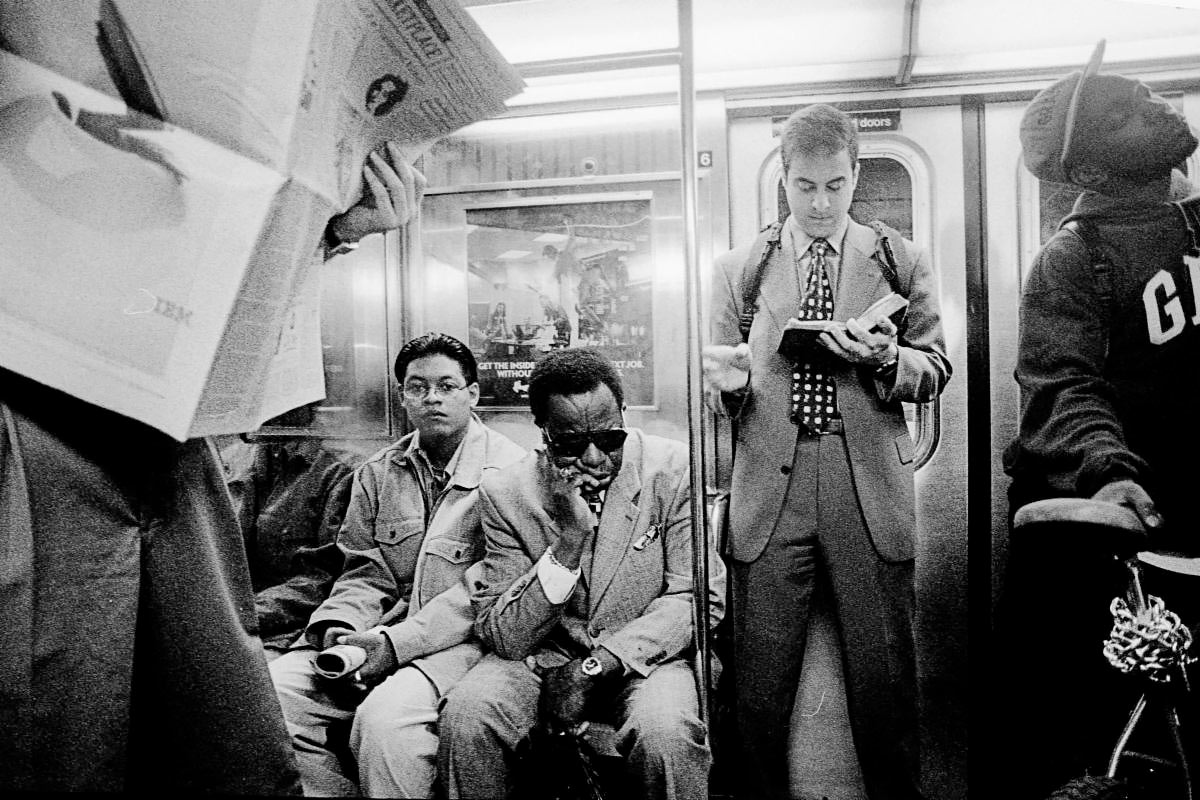 Weschler notes that Ed is also a world traveler who works to sense the essence of land, people, personality, and culture of the locations he visits. This long-term project on his home ground reflects this commitment to discovering what a place is all about and avoiding assumptions. His images also show an appreciation for people, elevating the mundane to points of reflection and connection. ...Ed’s interest in people has never been solely individual: he has always been interested in the dance between people and groups of people and groups of groups, Weschler shares. 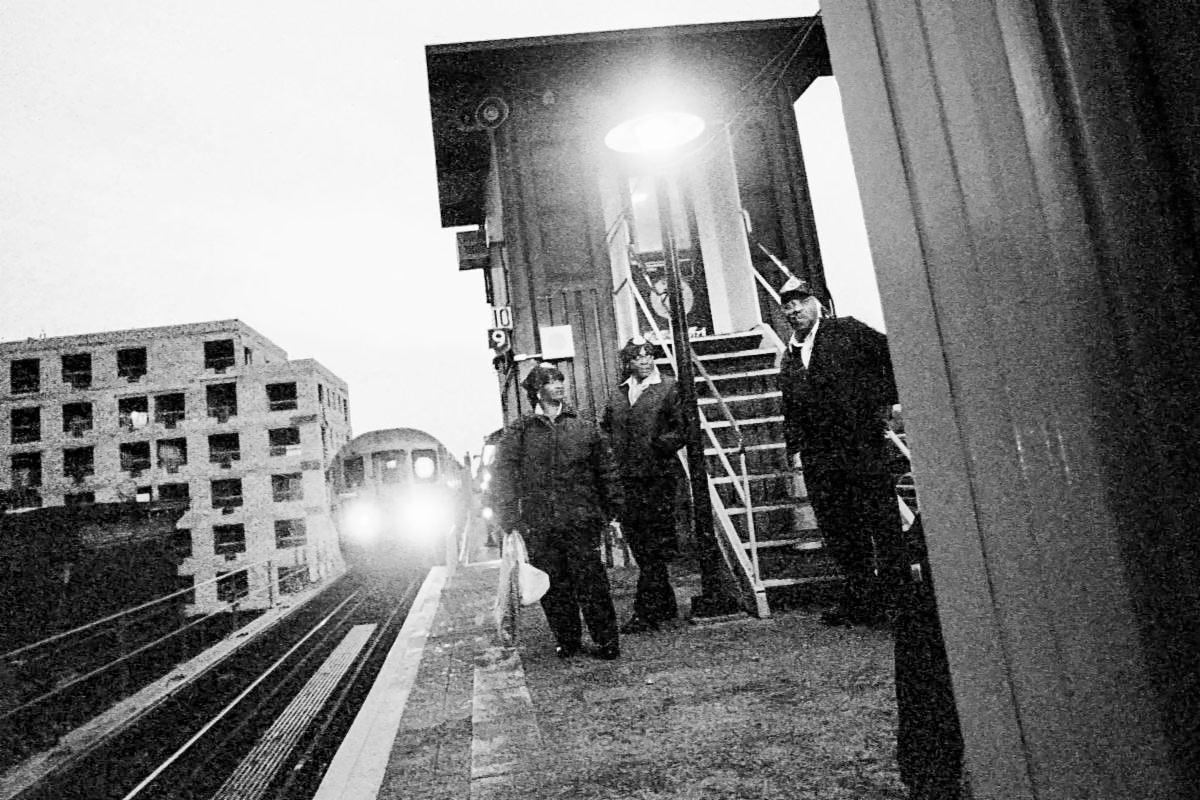 Ed Hotchkiss has traveled to six continents, over 100 countries and every U.S. state. He specializes in photographing street life, urban and nature landscapes, musical events and night scenes. His on-going chronicles of his international travels and New York City expriences can be viewed on his blog.

About the Contributor:
Lawrence Weschler is an award winning writer with contributions to The New Yorker, The Atlantic, New York Times Magazine, McSweeneys and The Believer.

About the Contributor:
Daylight is a non-profit organization dedicated to publishing art and photography books. By exploring the documentary mode along with the more conceptual concerns of fine art, Daylight's uniquely collectible publications work to revitalize the relationship between art, photography, and the world-at-large. 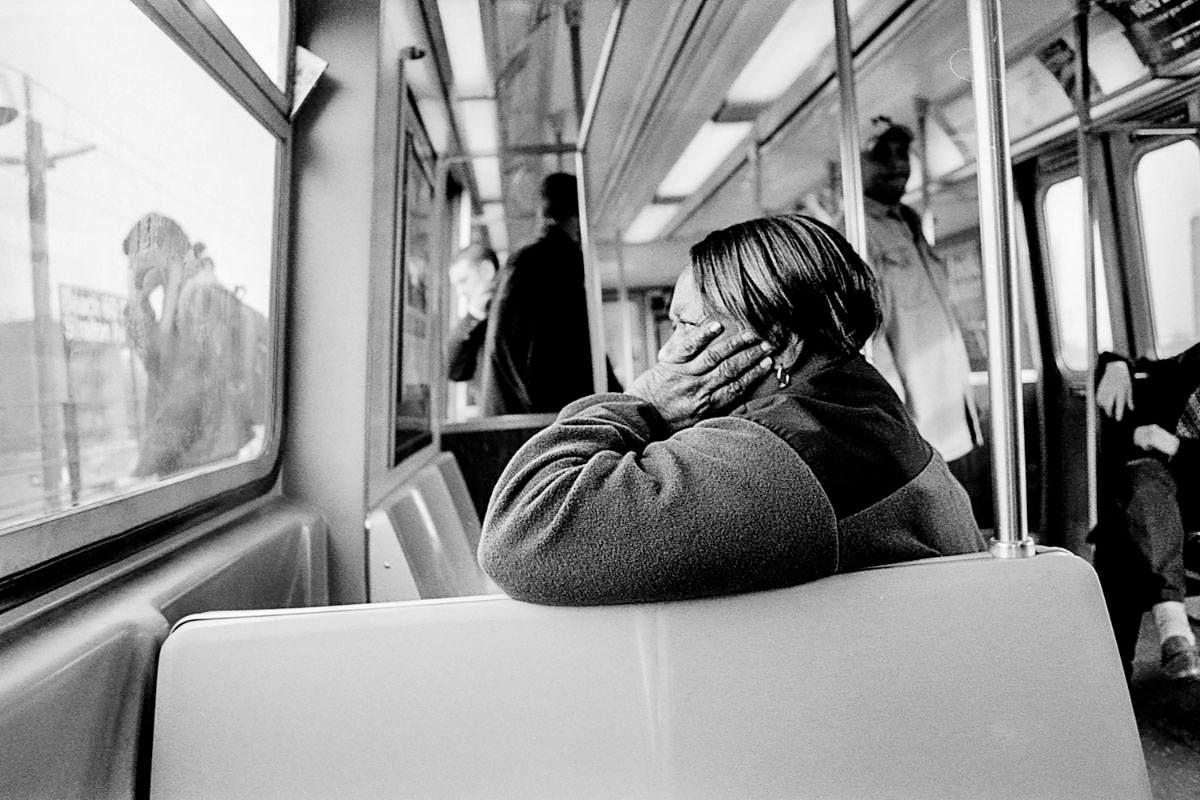