From Where Loss Comes by Pradip Malde 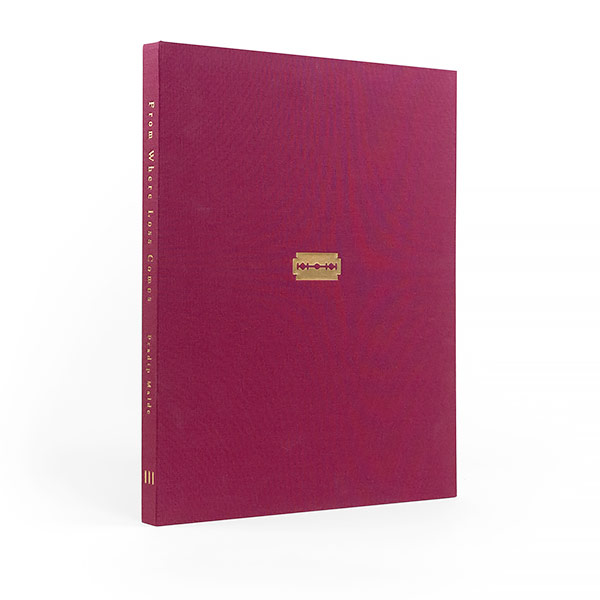 Nearly half a century after he left his native Tanzania, Pradip Malde returned with a large-format camera to document the lives of women affected by female genital mutilation and cutting (FGM/C). With Sarah Mwaga, founder of the Anti Female Genital Mutilation Network (AFNET), he traveled more than 3,000 miles over three years, visiting remote communities to converse with and photograph activist women —victims of FGM and former ngariba (Swahili for “circumcisers”)—, the sacred sites where these rituals take place, and the cutting tools used by ngariba who have renounced the practice.

“So much pain goes covered, and I want your photographs to provide an eye, another way of opening what is felt in isolation,” said Sarah Mwaga as they worked together during the Summer of 2016 in Tanzania.

Sixty photographs and close to 9,000 words consider a pain and suffering that is private, sacrificial, and yet rattles against values that are thought of as being inalienable — our fundamental human rights. It is a story of the root causes of female genital cutting and mutilation (FGM/C). The practice presents a tragic dialectic. By submitting to a personal loss, a woman may be assured of membership in a community. Her alternative is to remain intact and be rejected by her community. It is an impossible choice.

From Where Loss Comes is an uncanny collection of texts in English and Swahili and photographs that ruminates on the sacrifice and loss required to be part of any community. It demands that we take it personally, because, as Malde puts it, FGM/C “ultimately harms the community and threatens the human and environmental condition. For this reason, if no other, it matters that men, just as much as women, care about FGM/C and the fight against it.

This book is to be held, discussed, attended to. I hope that it is this kind of sustained attention that builds sufficient energy for us to excavate the links between loss and love, and begin to answer perpetual questions about what it is to be human he writes in the foreword.

Malde received a John Simon Guggenheim Foundation Fellowship in 2018 to complete the project. From Where Loss Comes is dedicated to the life and work of Sarah Mwaga, who passed away in 2021 just as the book was in its final stages of production. 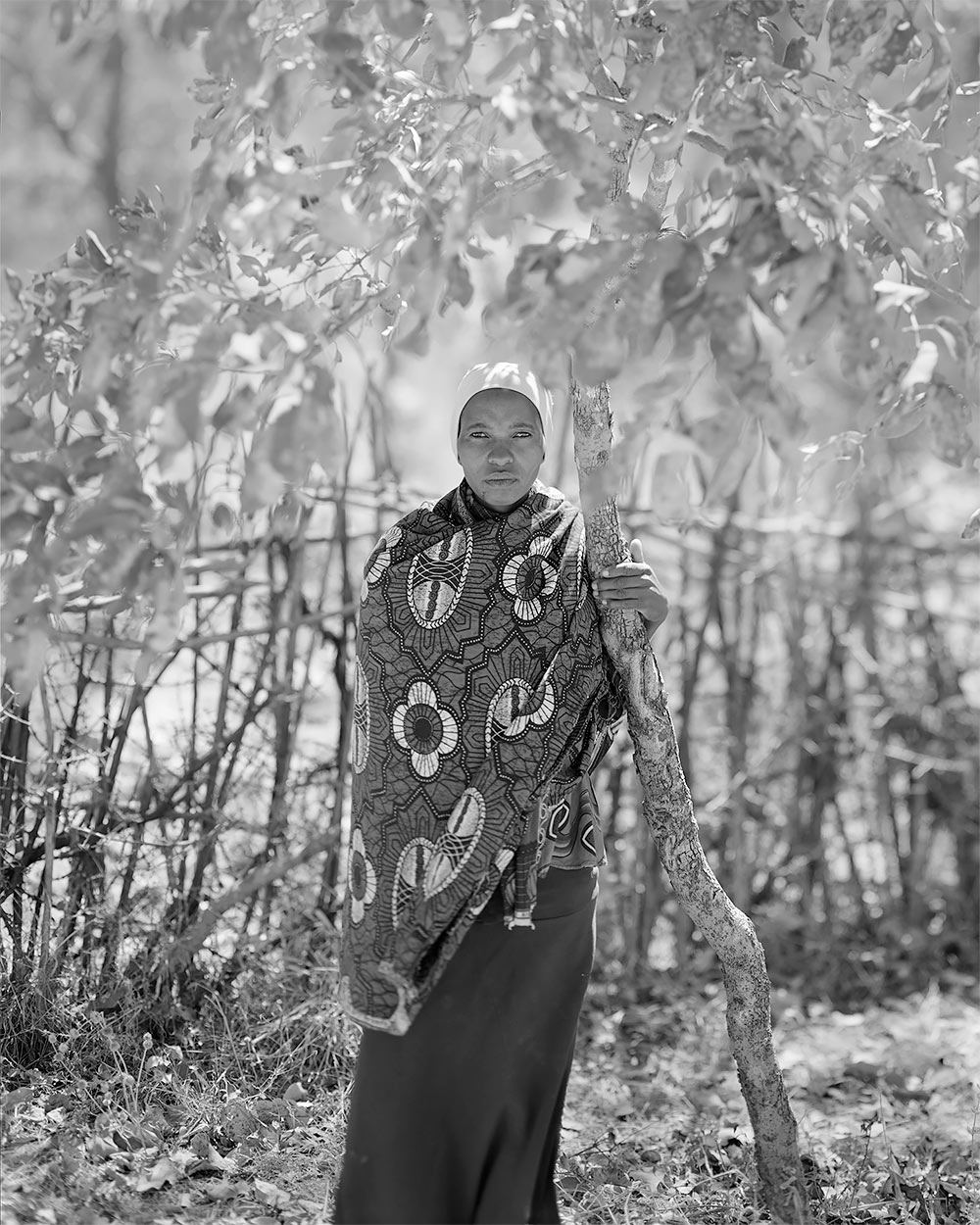 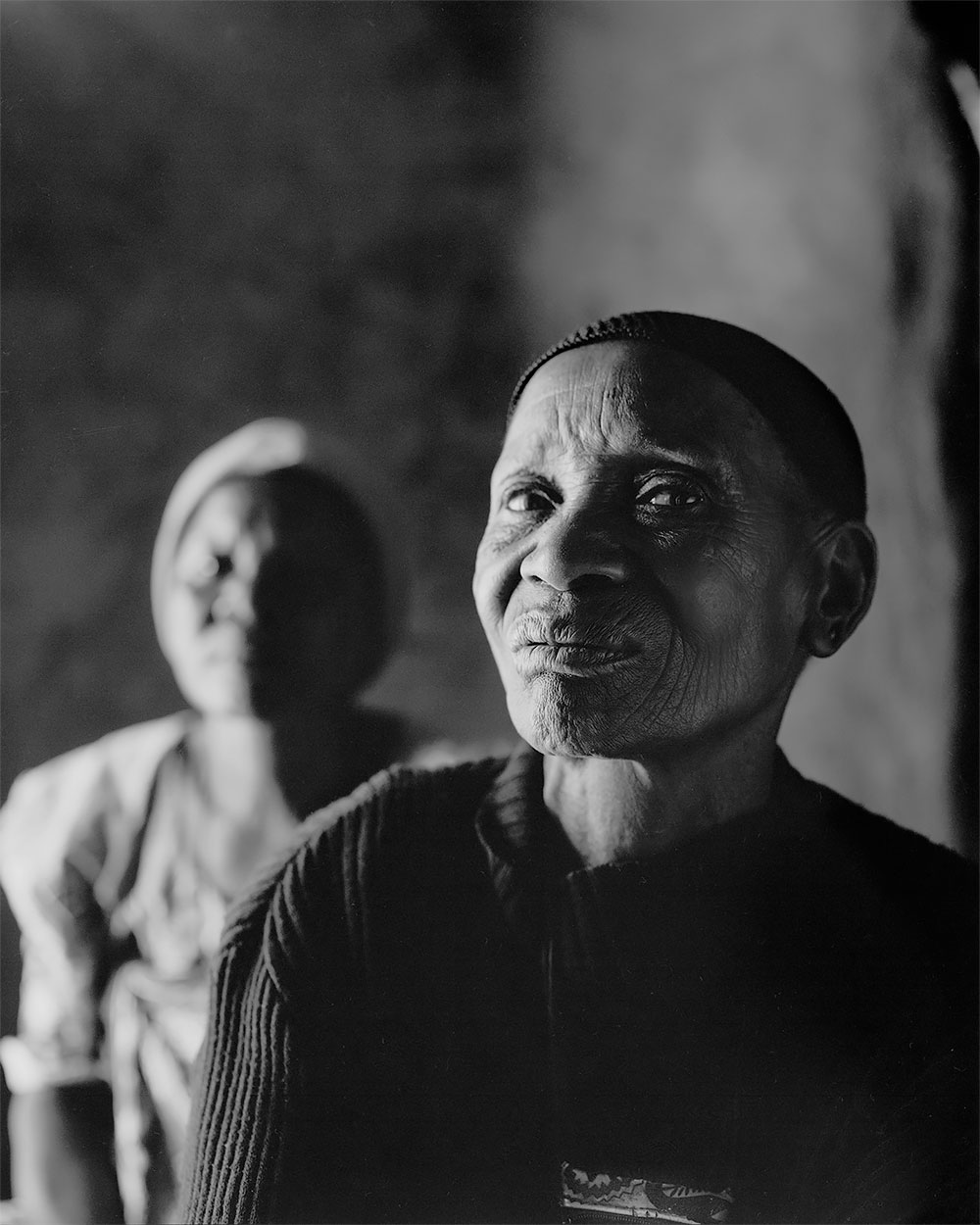 Carolina Francis Kalungwama, behind her aunt, Julia Kalungwama. Both were cut as children. Julia is a former ngariba (cutter) and was assisted by Carolina. Mbalawala, near Dodoma, Tanzania. 2017 © Pradip Malde

ABOUT PRADIP MALDE
Pradip Malde is a photographer and professor at the University of the South, Sewanee, TN, where he is the co-director of the Haiti Institute. Much of his work considers the experience of loss and how it serves as a catalyst for regeneration. He is currently working in rural communities in Haiti, Tanzania, and Tennessee, designing models for community development through photography.

Malde was born in Arusha, Tanzania in 1957. His parents were the children of Indians who emigrated to East Africa but had to flee from the turmoil that spread through that region in the 1970s. Concerned about loss and belonging since then, he has come to think of artifacts as membranes, where what may be explicit and immutable begins to lead us into the realms of memory and meaning, and ultimately, understanding the experiences of others.

His works are held in the collections of the Museum of the Art Institute, Chicago; Princeton University Museum; Victoria & Albert Museum, London, Yale University Museum, and the Scottish National Portrait Gallery, Edinburgh, among others. He is a 2018 Guggenheim Fellow. 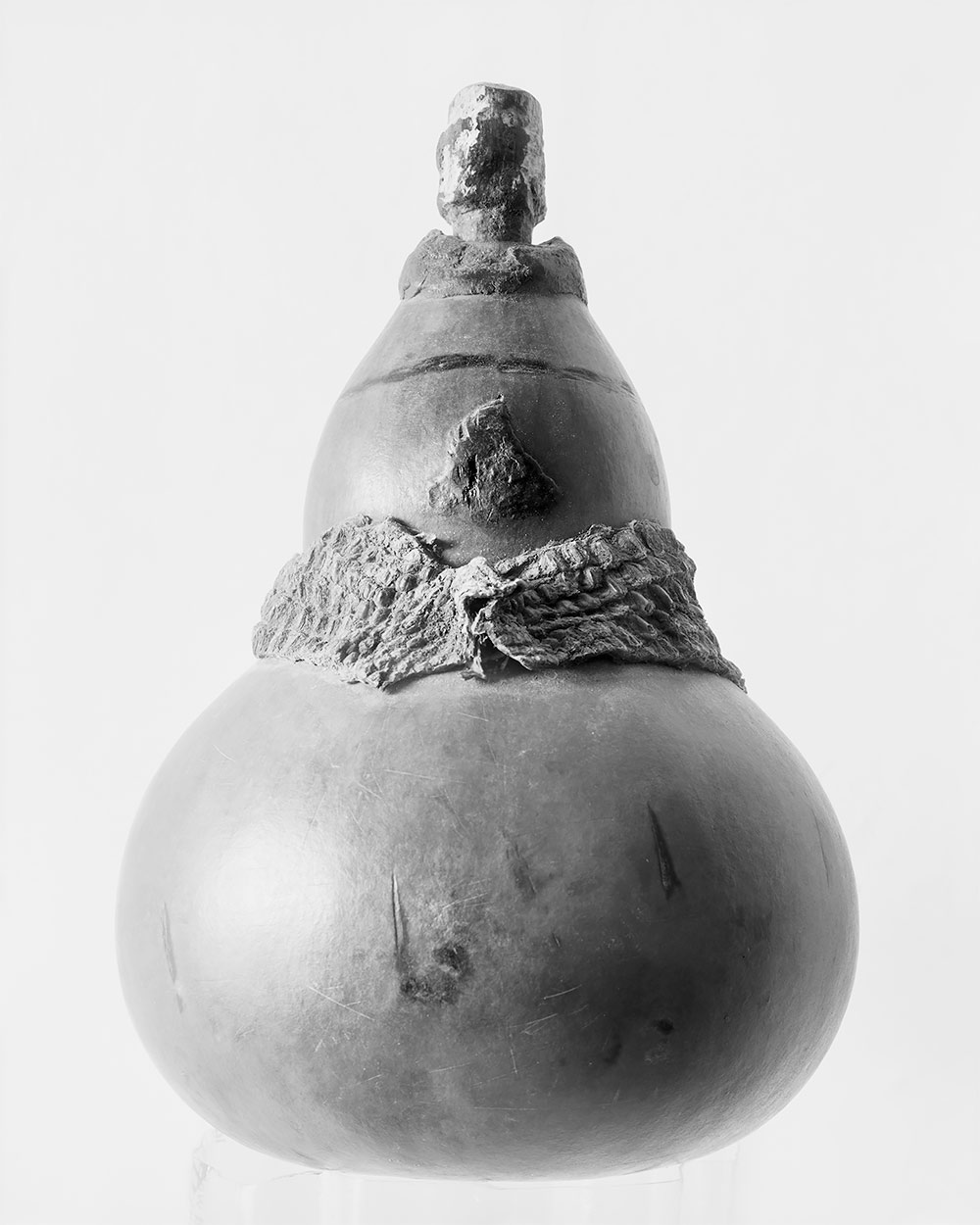 Kibuyu ‘A’. A Calabash gourd, Lagenaria siceraria, with snake skin collar and a dip stick stopper, used for medicine that is applied to wounds after genital cutting © Pradip Malde 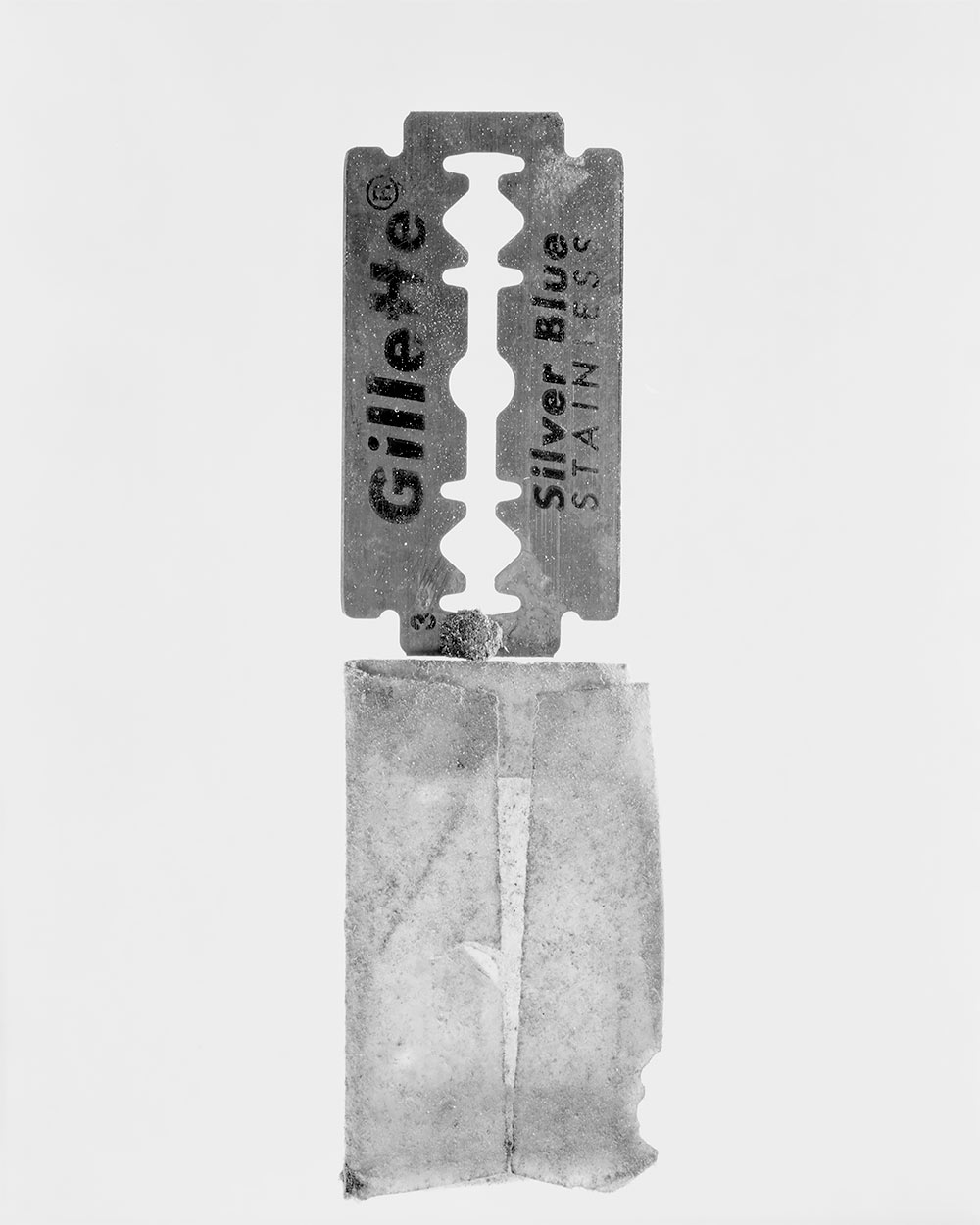 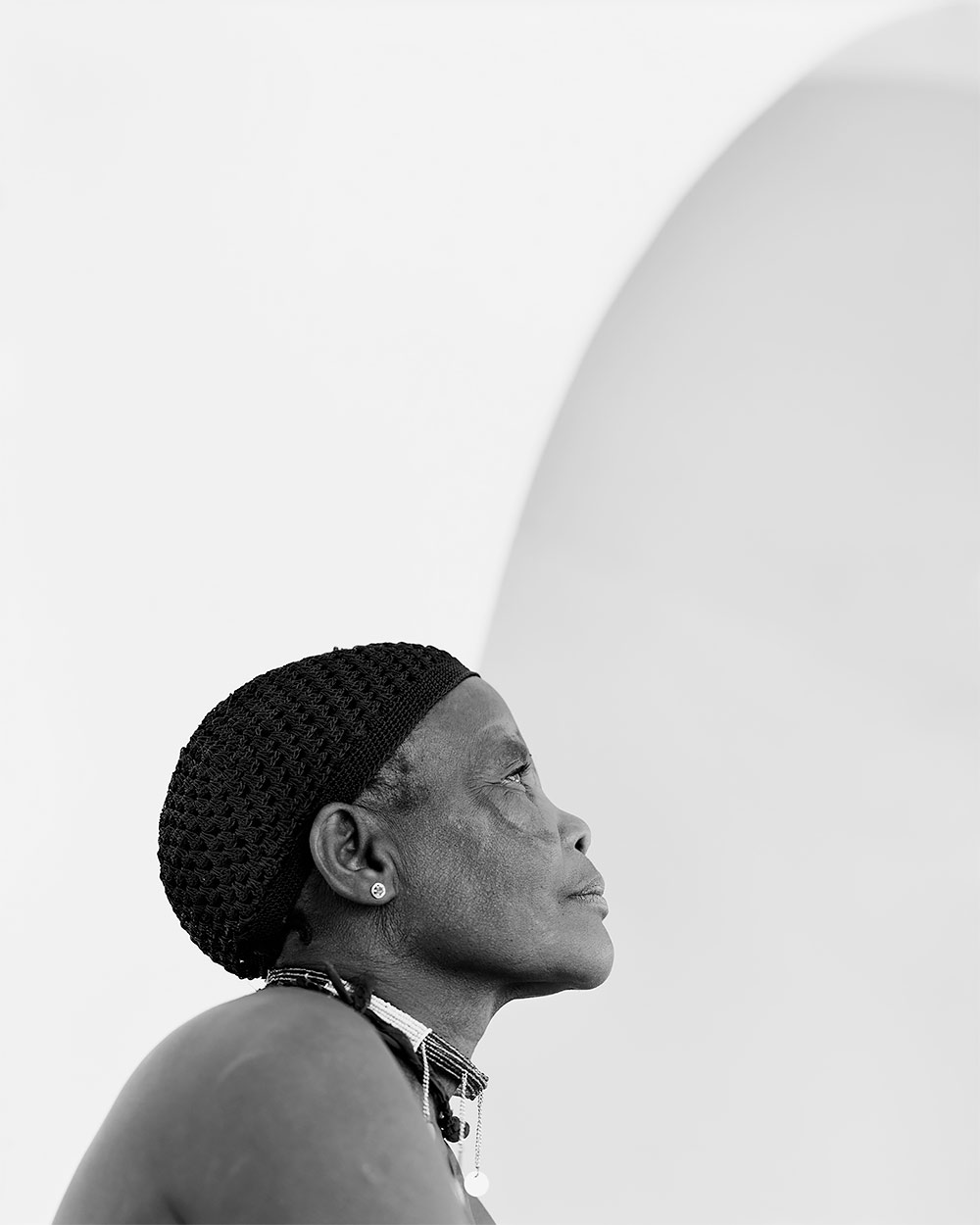 Rahel Hezeroni Msagala, a former ngariba who is now an anti-FGM/C activist. She works with communities to help them abandon or supplant the practice. Dodoma, Tanzania. 2017 © Pradip Malde 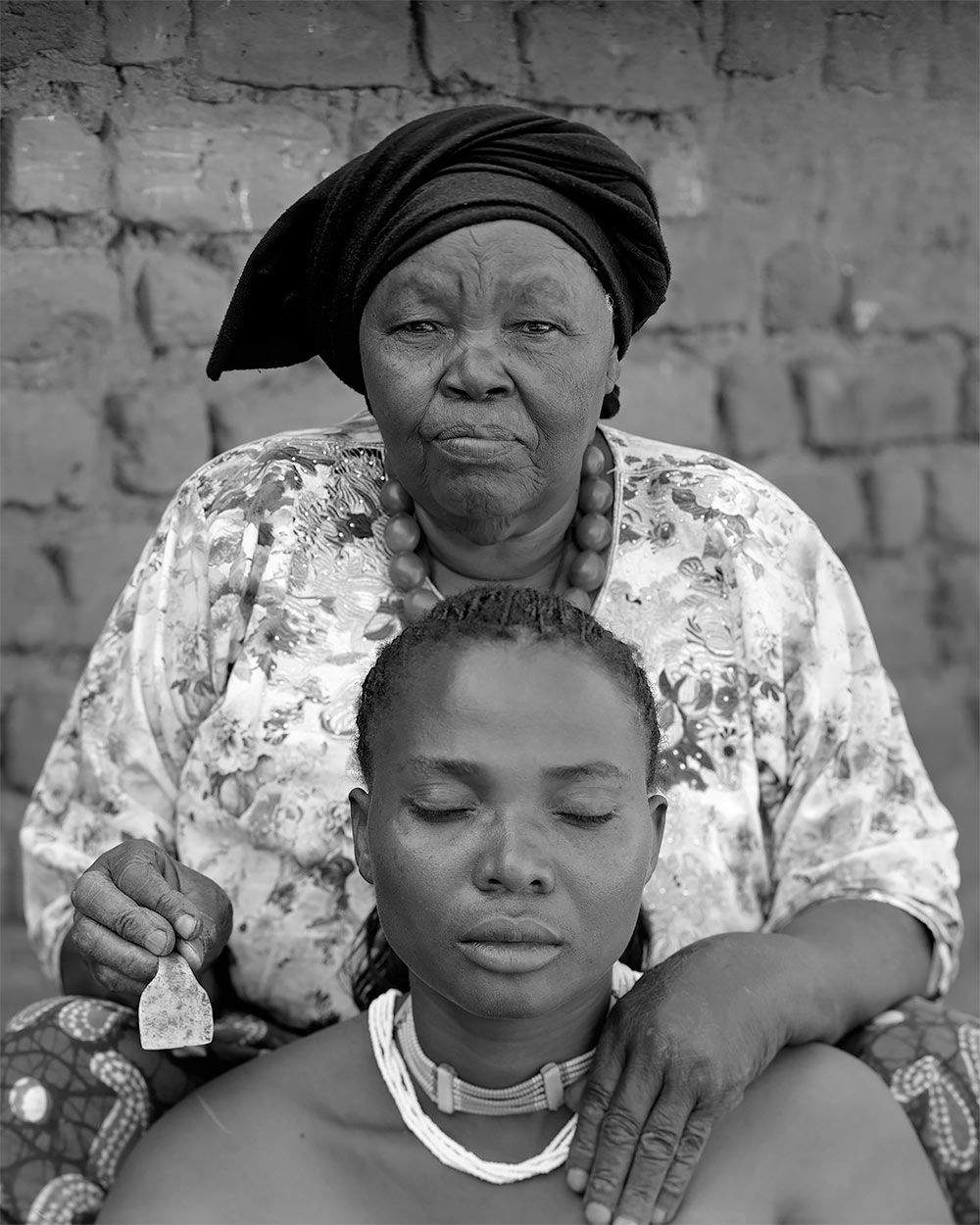