Shooting Film: Everything you need to know about analogue photography 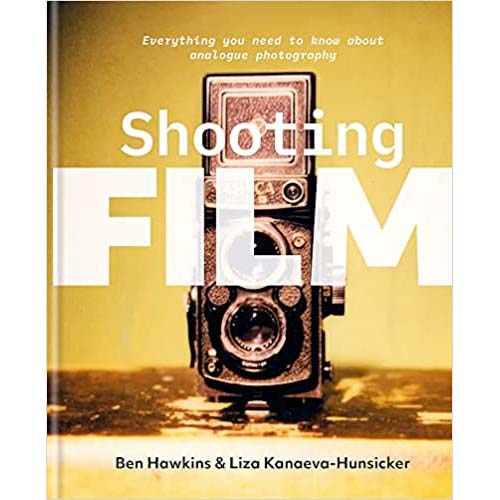 Film photography is back with a bang, and whether you're returning to the genre after switching to digital, or you've just discovered this amazing medium, there's never been a more compelling argument for going analogue with your photography.

In a world where we are bombarded with visual imagery, making your photos stand out from the crowd is getting harder by the day, but film will give you that edge - and let you discover a whole new way of shooting in the process. In this in-depth and inspirational guide, photography journalist Ben Hawkins, and pro photographer Liza Kanaeva-Hunsicker reveal the techniques, tips and secrets for success when shooting film.

- Learn to shoot on film, from the essential basics to advanced techniques
- Make the right choices with an in-depth guide to buying second-hand cameras
- Master the language of film with jargon-free guides to all the vital processes
- Be inspired by advice from a top pro who shoots on film
- Discover the amazing imagery of the new school of analogue photographers

Ben Hawkins Ben Hawkins is an award- winning writer and journalist specializing in photography and creative media. He was the group editor of Practical Photography magazine, 2013-20, and regularly contributes to magazines including Amateur Photographer and Outdoor Photography. As a child, he used to 'assist' his dad in the family darkroom and developed a fascination with film and analogue technology. He has since interviewed some of the world's most revered film photographers, including Albert Watson, David Bailey and Bob Carlos Clarke. His signed original Carlos Clarke print is one of his most prized possessions.

Liza Kanaeva-Hunsicker Liza Kanaeva-Hunsicker is a fine art and fashion photographer from Moscow, now based in New York City. She discovered her love for photography while documenting family travels when she was growing up. Liza studied Art at university in California and Paris and subsequently moved to NYC, where she decided to pursue photography professionally. After a few years of assisting, she ventured out on her own. Liza has been internationally exhibited and regularly contributes to Vogue Italia among other publications. While she still occasionally shoots digital, analogue is at the heart of her creative practice