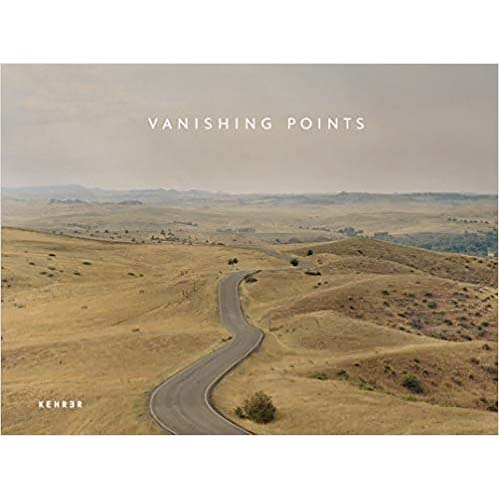 Reflections on culture, spirituality and the Indigenous American landscape

Vanishing Points is a long-term photography project that focuses on significant sites of Indigenous American presence, including sacred landforms, earthworks, documented archaeological sites and contested battlegrounds. The book combines beautiful large format landscape images with smaller still lifes of objects and debris collected at the sites. The combination of photographs presented in this book operate as literal and metaphorical vanishing points. They reflect on the monuments modern culture will leave behind and what the archeological evidence of our civilization will reveal about our time on earth.

From the essay Filament by Kirsten Rian:
"Push a shovel into the soil anywhere in the United States and there's a story to tell. One you probably don't know, were never taught in any history class, will probably die not knowing. But know it's there. Like life and death. Grief and loss. Sherwin's images aren't necessarily meant to be beautiful, though many of them are. Light still pours from the sky and spills across grasslands and hills, no matter what battles trampled that very plot of earth centuries earlier. Clouds move along a horizon, trees anchor the sight- line. Truth and lies. Light and dark. All at once." 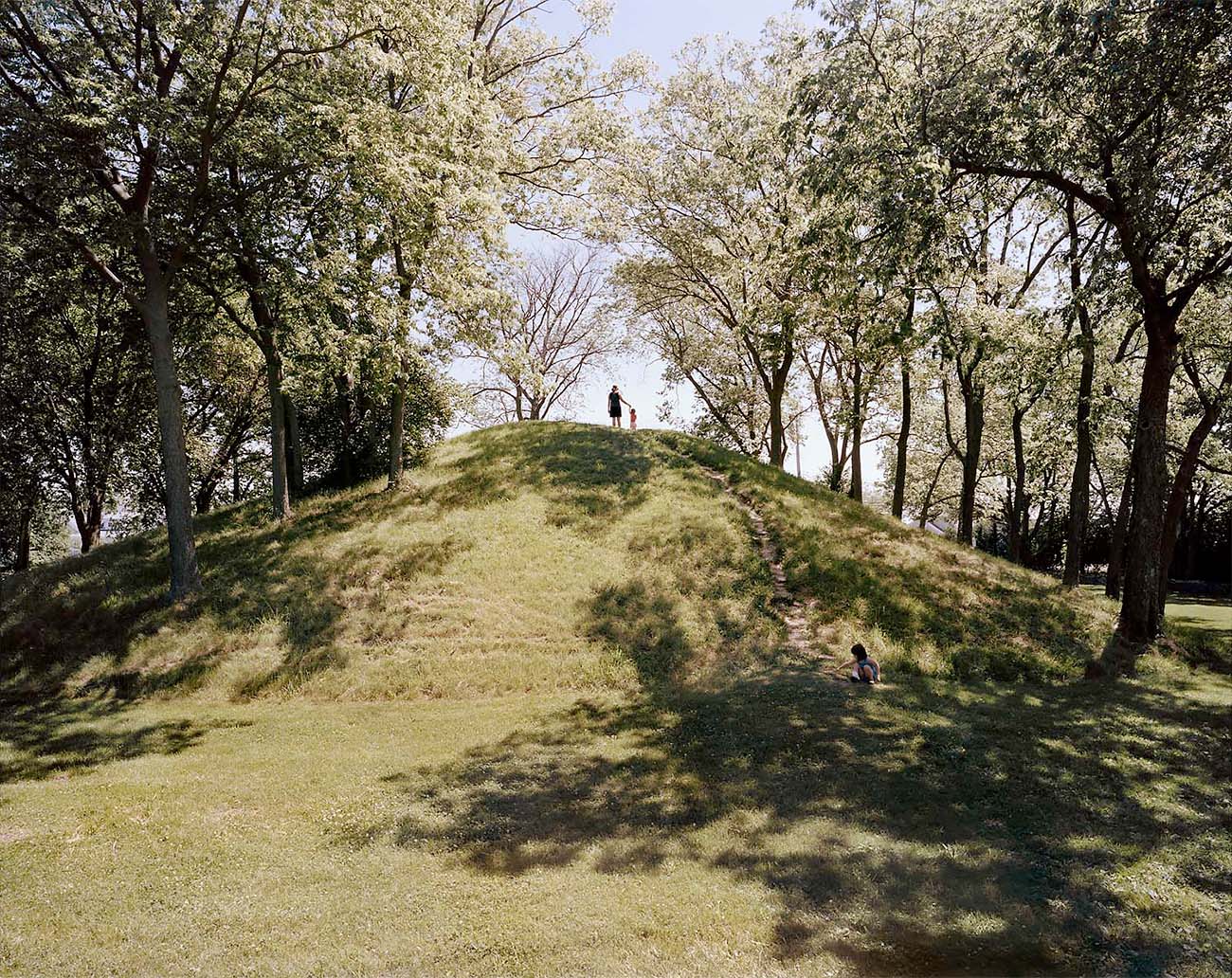 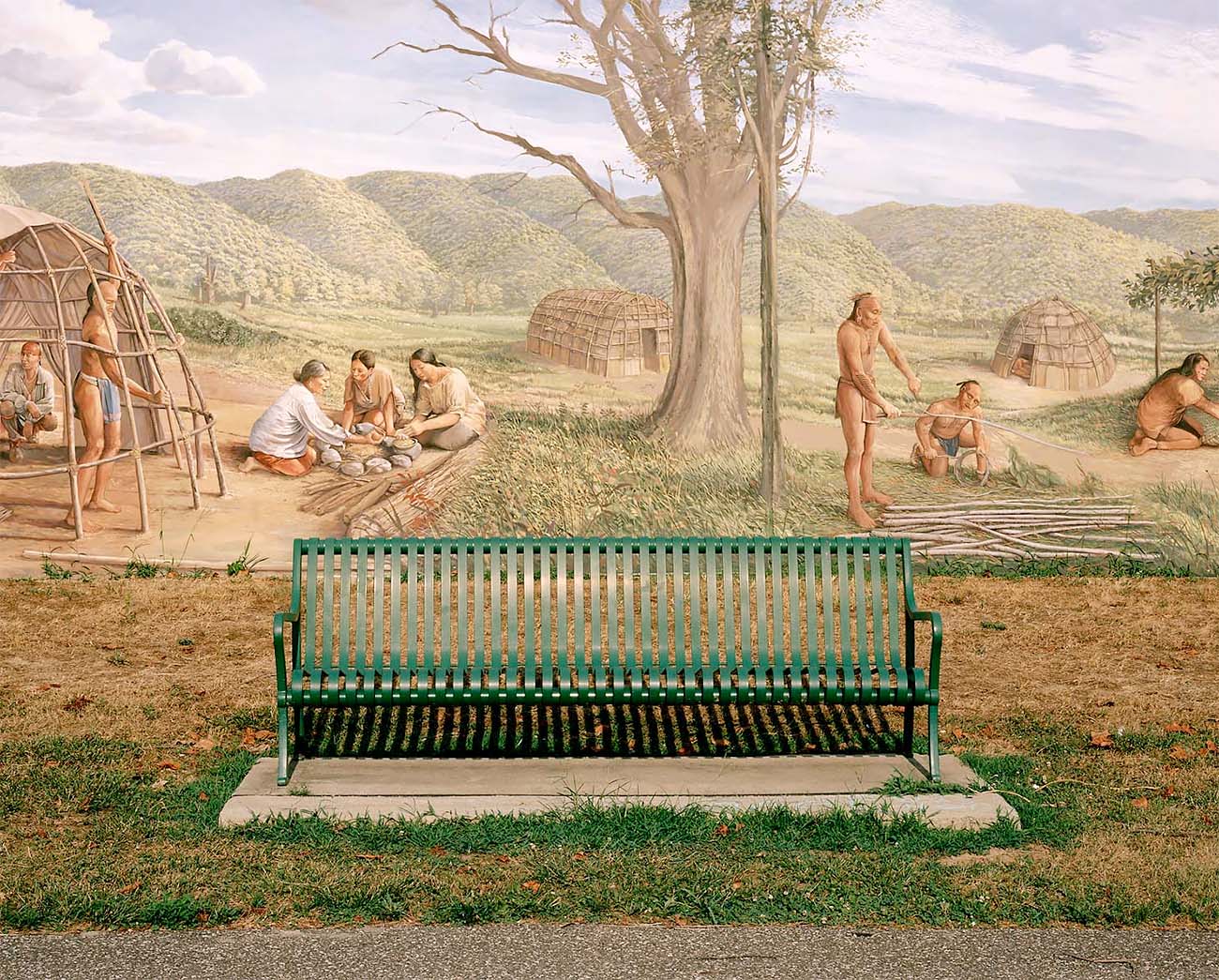 From the essay Wandering | Wondering by Michael Sherwin:
"Shortly after moving to Morgantown, West Virginia, I discovered that a local shopping center had been built upon an 800-year-old sacred burial ground and village site associated with the Monongahelan culture. I'd frequently shopped at the Centre, and this new revelation transformed my understanding of the landscape and place I called home. Reflected in the scene in front of me was an ancient, spiritually important and hallowed landscape clouded by the tangible constructions of modern Western culture. In an ef- fort to reckon with this conflict, I was compelled to photograph the site, and the resulting image held a mysterious duality. While the photograph is always rooted to the present moment, it can also connect to something ancient, alluding to what has hap- pened. A photograph displays what is there and what is not there—a mirror and a memory." 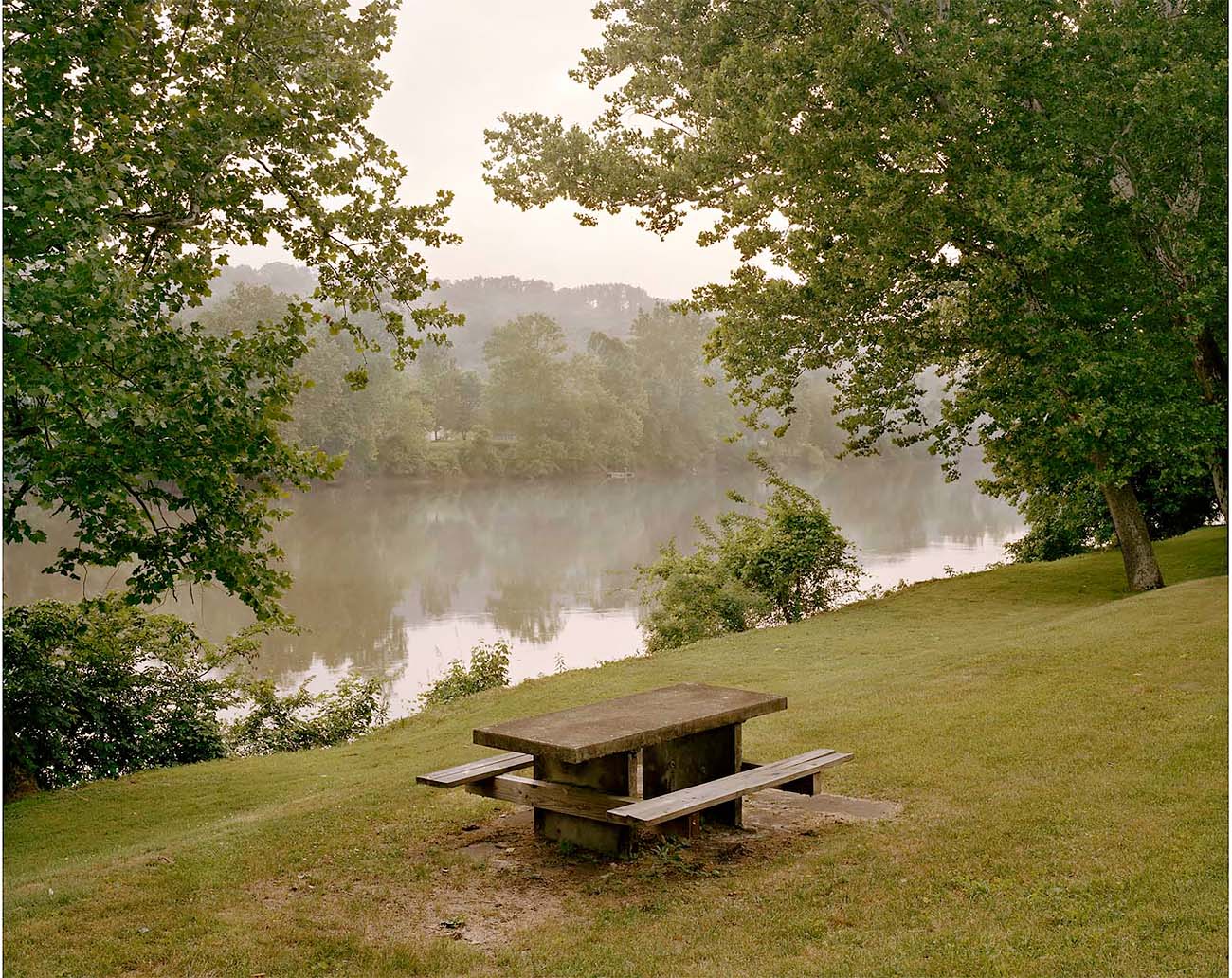 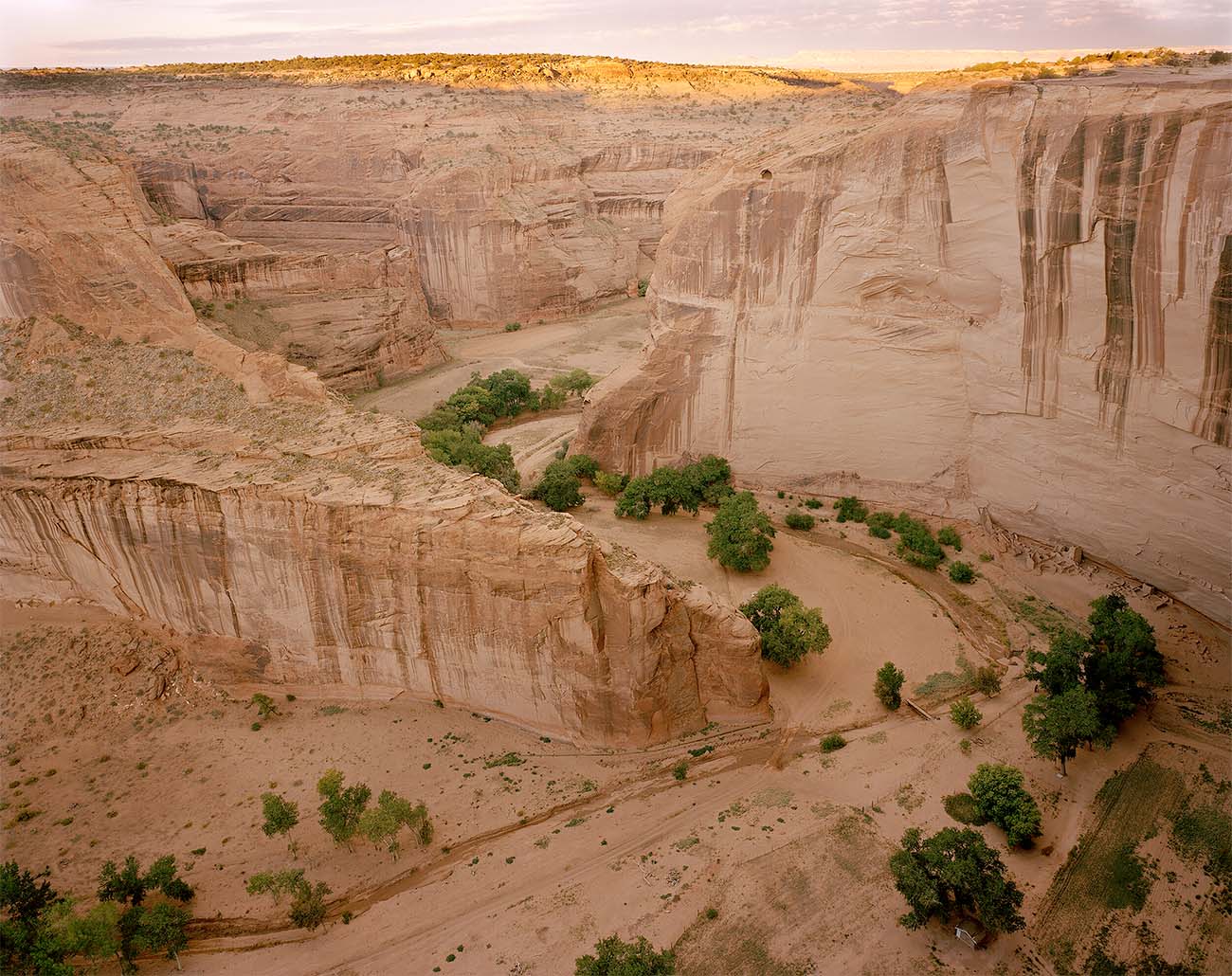 Michael Sherwin
Michael Sherwin is a multimedia artist based in the Appalachian Mountains of northern West Virginia. He has won numerous grants and awards for his work and has exhibited widely, including recent exhibitions at the Atlanta Contemporary Arts Center, Morris Museum of Art, Huntington Museum of Art, and the Center for Fine Art Photography among others. Reviews and features of his work have been published in Art Papers magazine, Oxford American Magazine, Prism magazine, Medium's Vantage and National Public Radio. Currently, he is an Associate Professor of Art in the School of Art and Design at West Virginia University. 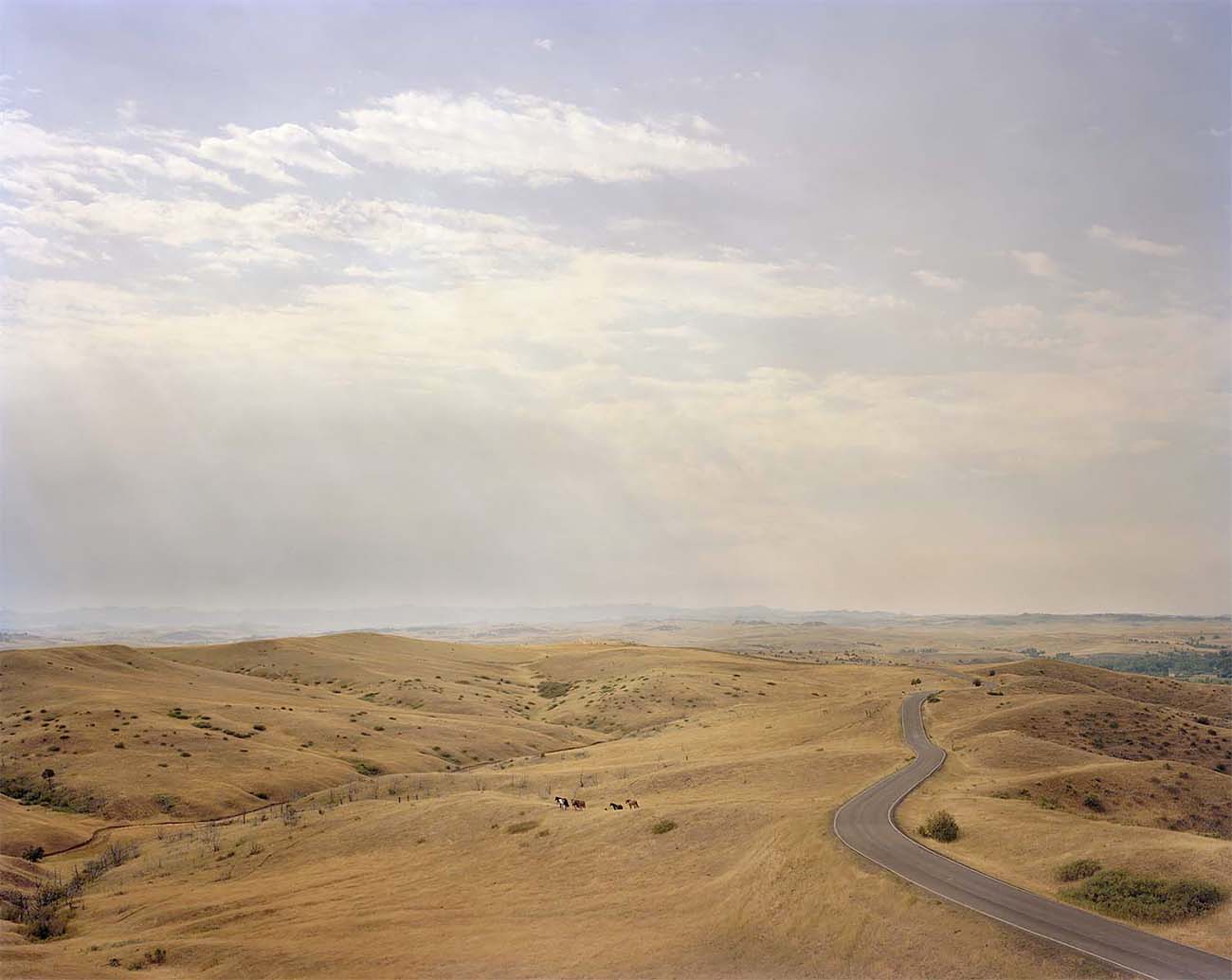 Kirsten Rian is an independent photography curator, visual artist, university professor, and writer. She is widely published as a journalist, essayist, and poet, and the author of three notable books.

Josh Garrett-Davis' writing has appeared in such publications as the New York Times, High Country News, South Dakota History, California History, and the Los Angeles Review of Books, among other places. Currently, Josh is the Gamble Associate Curator at the Autry Museum of the American West in Los Angeles. 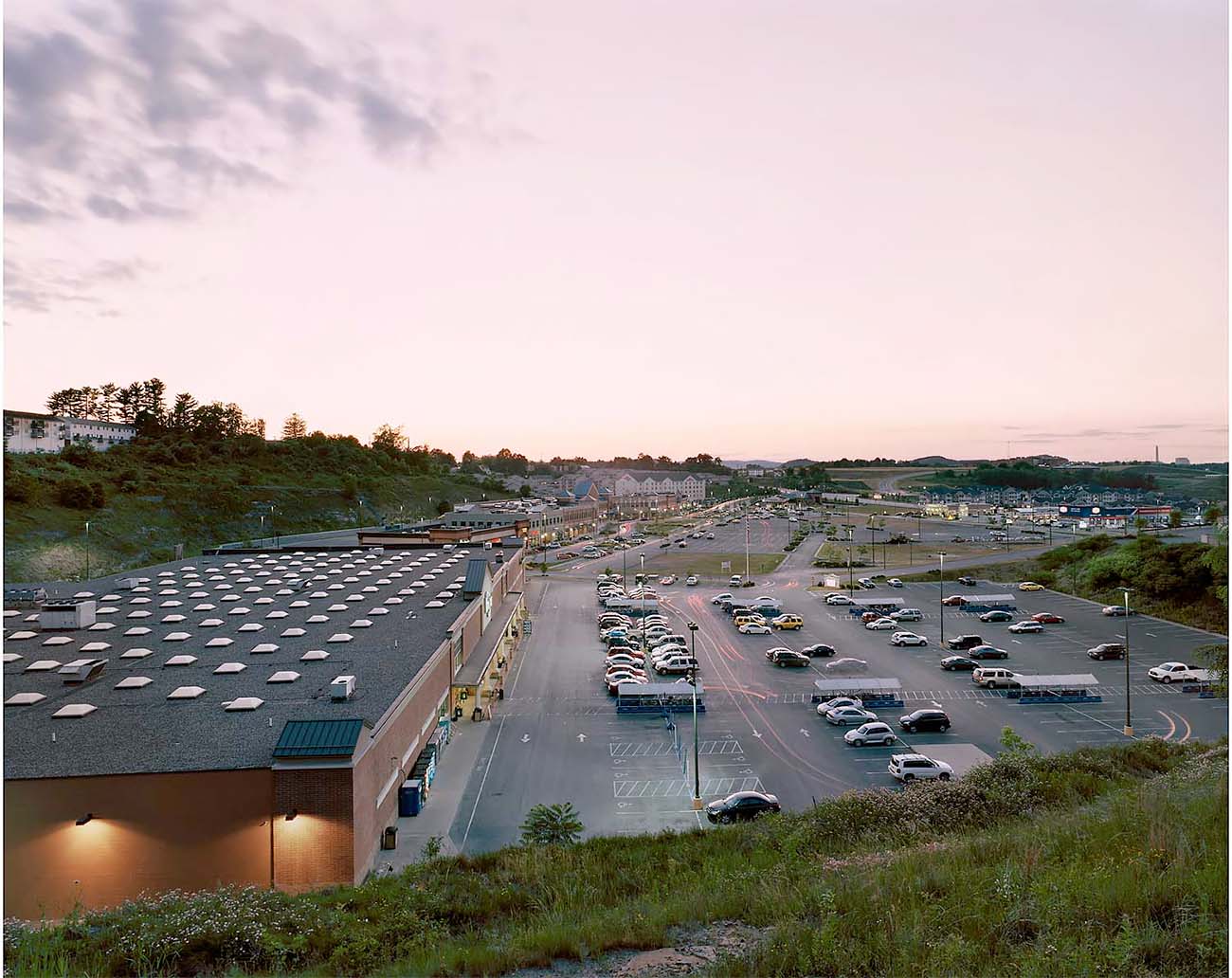 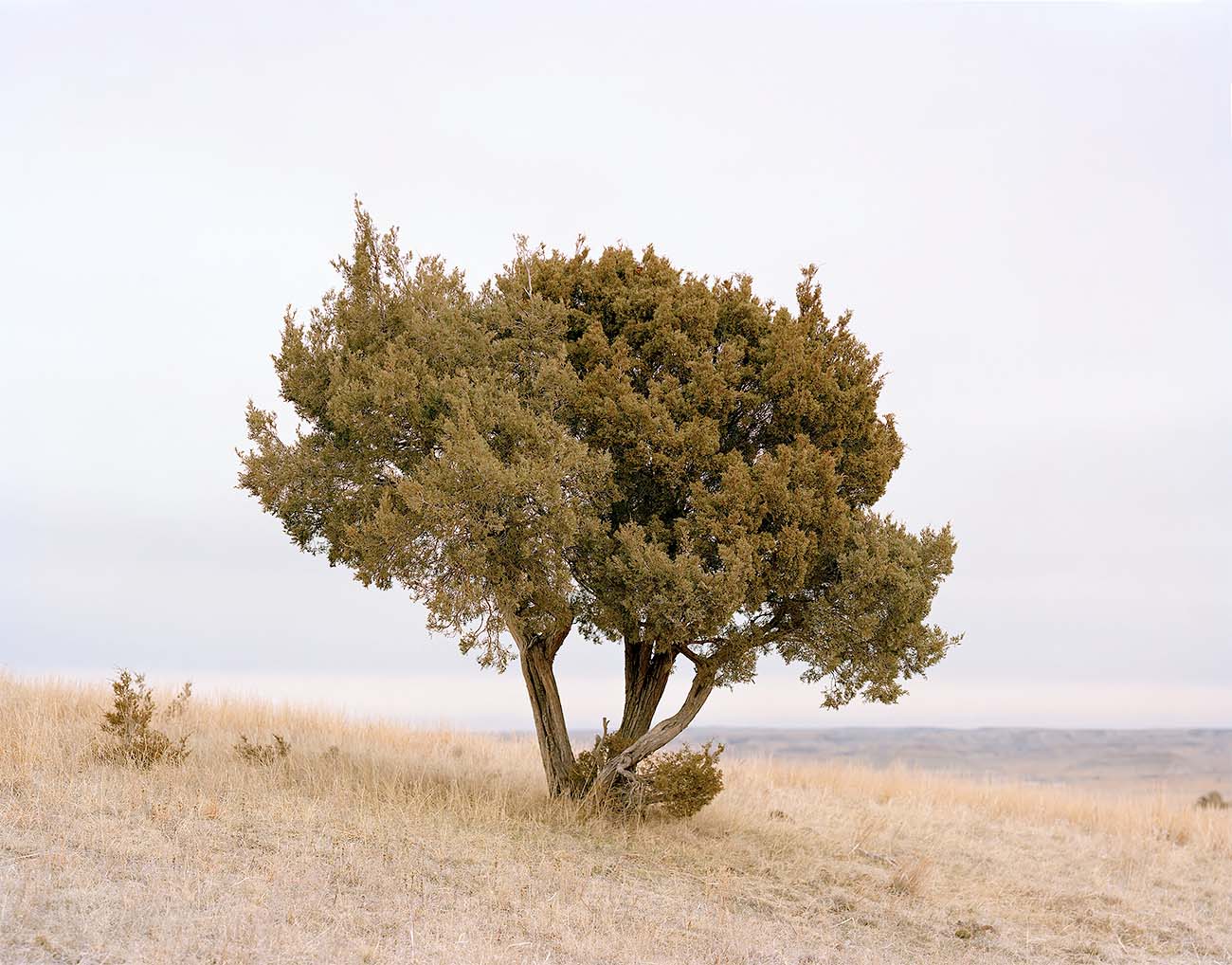