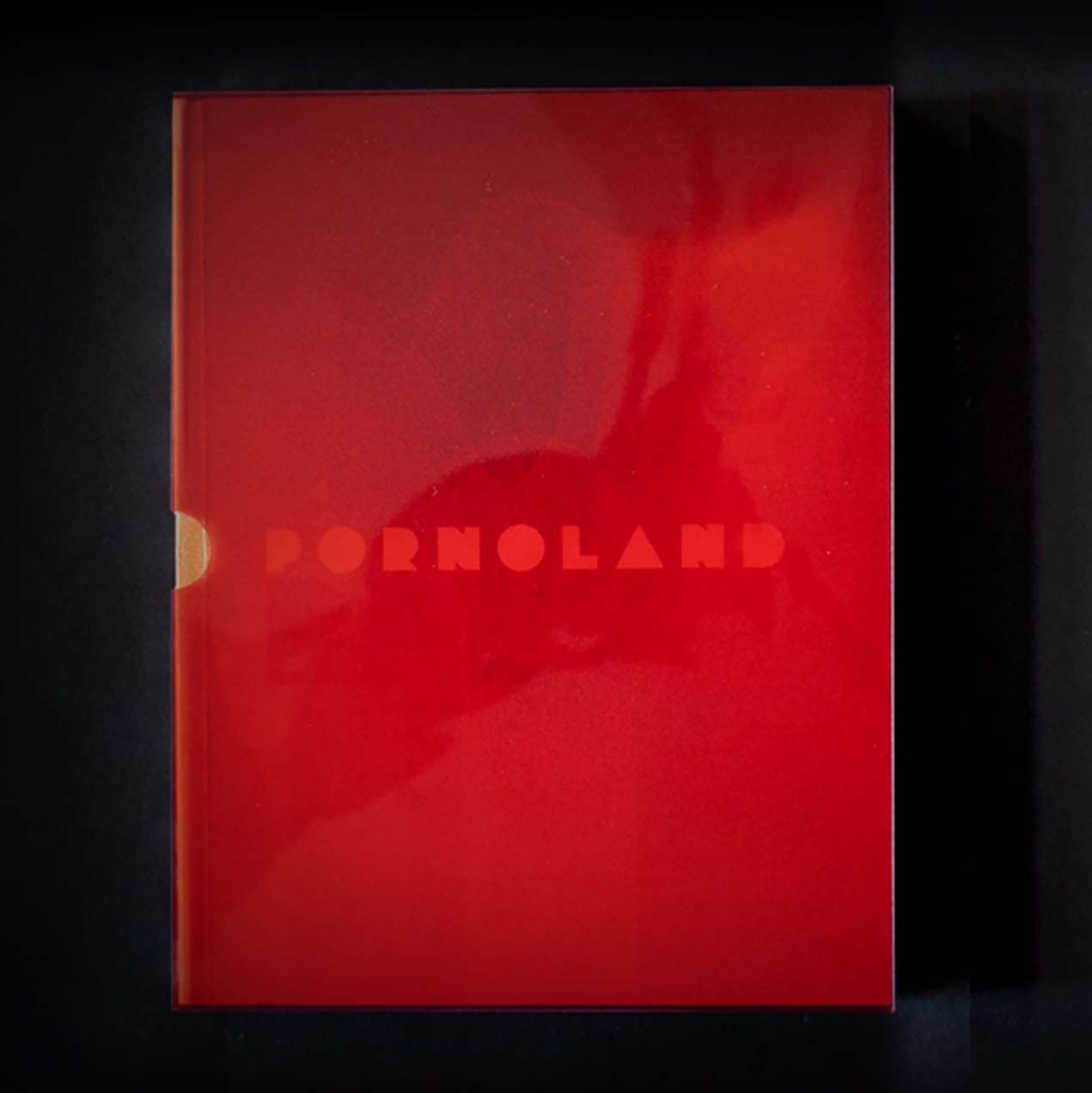 Stefano De Luigi's new book. Twenty years later, the author has completely revisited his work, the subject of his first book, restoring in it a more personal vision with more than half of the unpublished photographs.

Pornoland Redux is the story of returning from a land where battles are fought and epic feats are accomplished, a place everyone talks about and that everyone would at least like to visit. The borders of Pornoland may be broad and hazy - Berlin, Budapest, Prague, Tokyo, Los Angeles or Milan - yet the geographical venue is not one defined by 'facts': it is essentially a representation of oneiric fantasies, dreamy hallucinations, details and obsessions, all even more real than reality itself.

Stefano De Luigi - on tiptoe, edging around the film set almost like a shadow - rewrites the dynamics of an imaginary world now crystallised in a long but well-defined series of situations, caught on the cusp between the banality of everyday life and the climax of the heroic moment. De Luigi's photographs bring to the surface what usually lurks in the depths of each individual: their dreams, desires and fears. What the images contain and signify is deliberately postponed, almost as if the function of these photos were to protect the bodies of the actors in space, to put off their actions in time.
Silvia Mazzucchelli 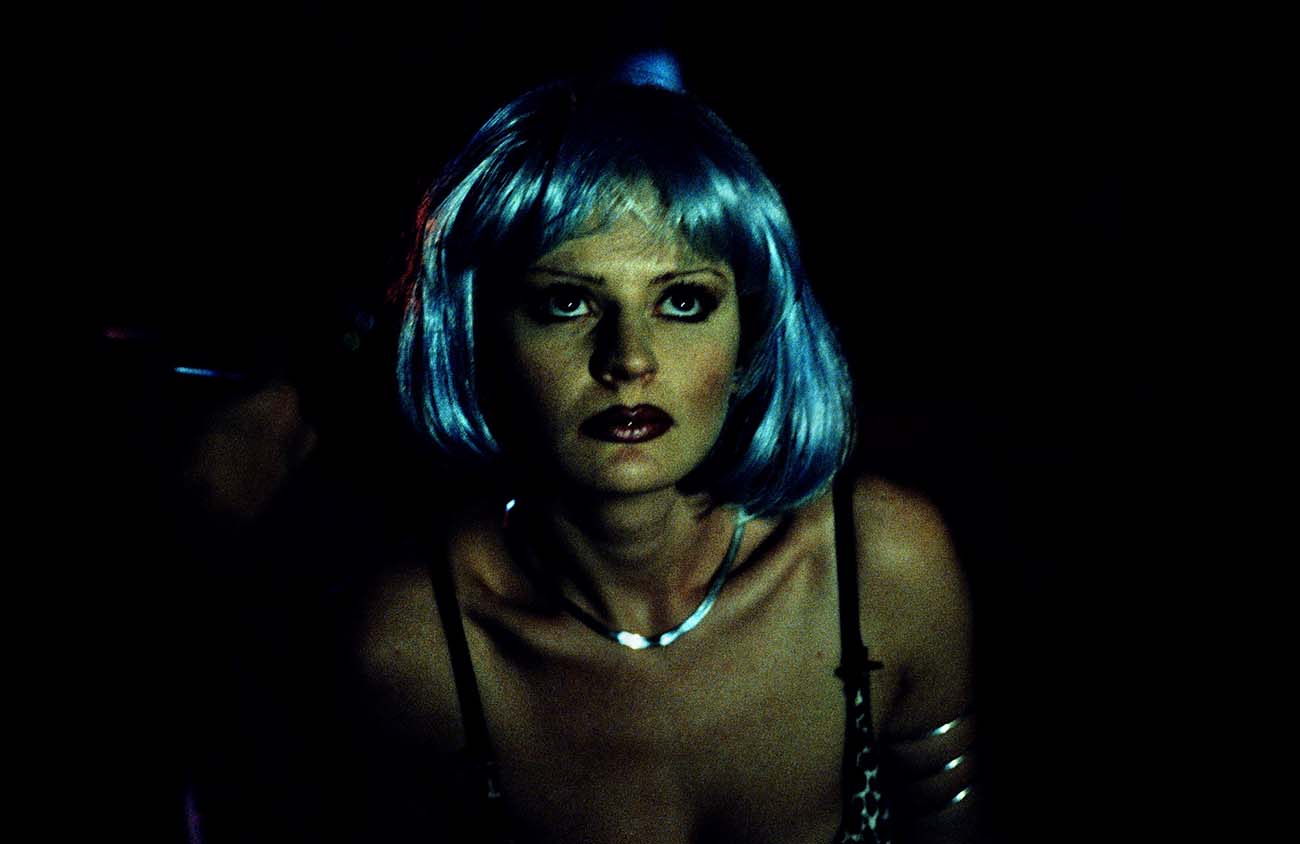 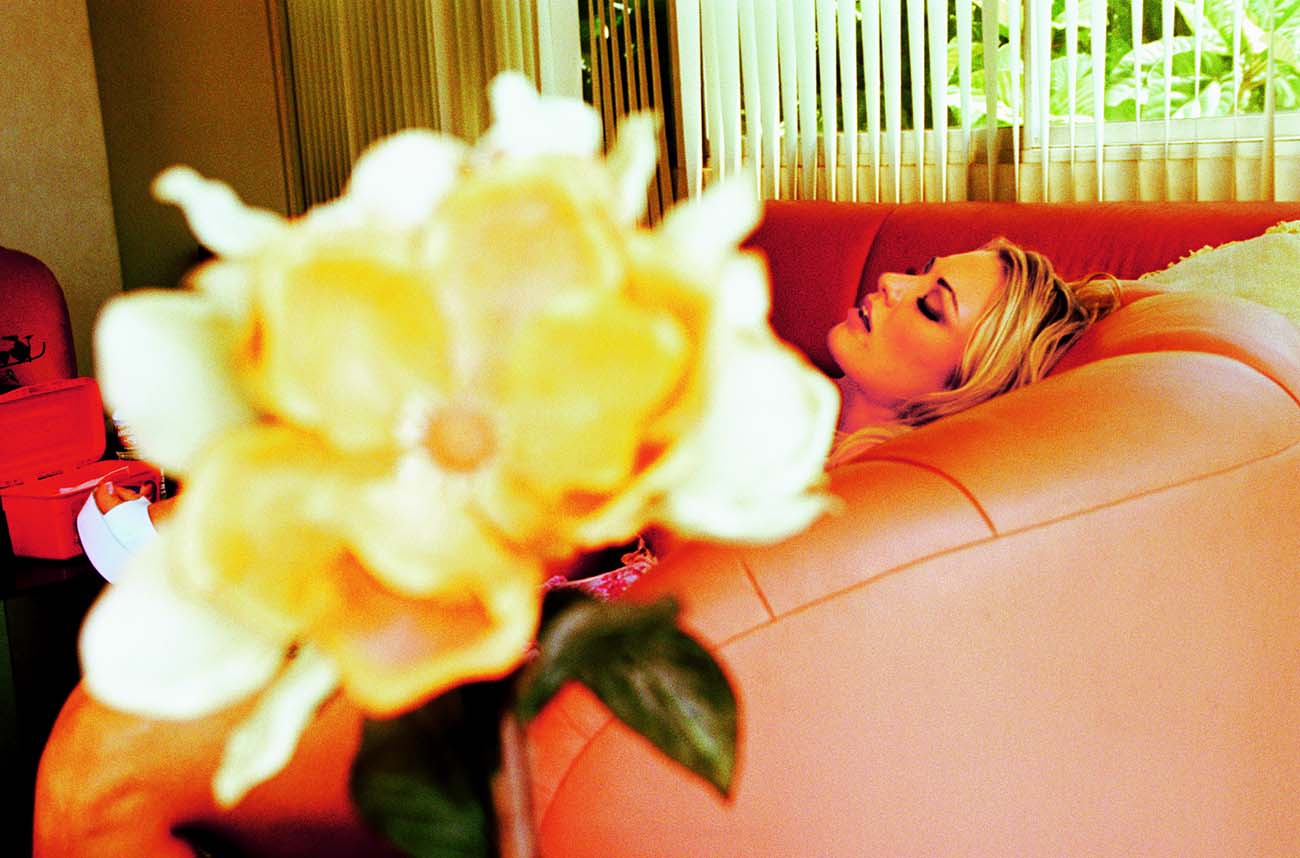 Stefano De Luigi
Born in Cologne in 1964, Italian photographer Stefano De Luigi currently lives in Paris and started his career working for the Grand Louvre Museum as a photographer from from 1989 to 1996. He has published 3 books: Pornoland (Thames & Hudson-2004), Blanco (Trolley, 2010), and iDyssey (Edition Bessard 2017).

Stefano De Luigi has been a member of the VII Agency since 2008. 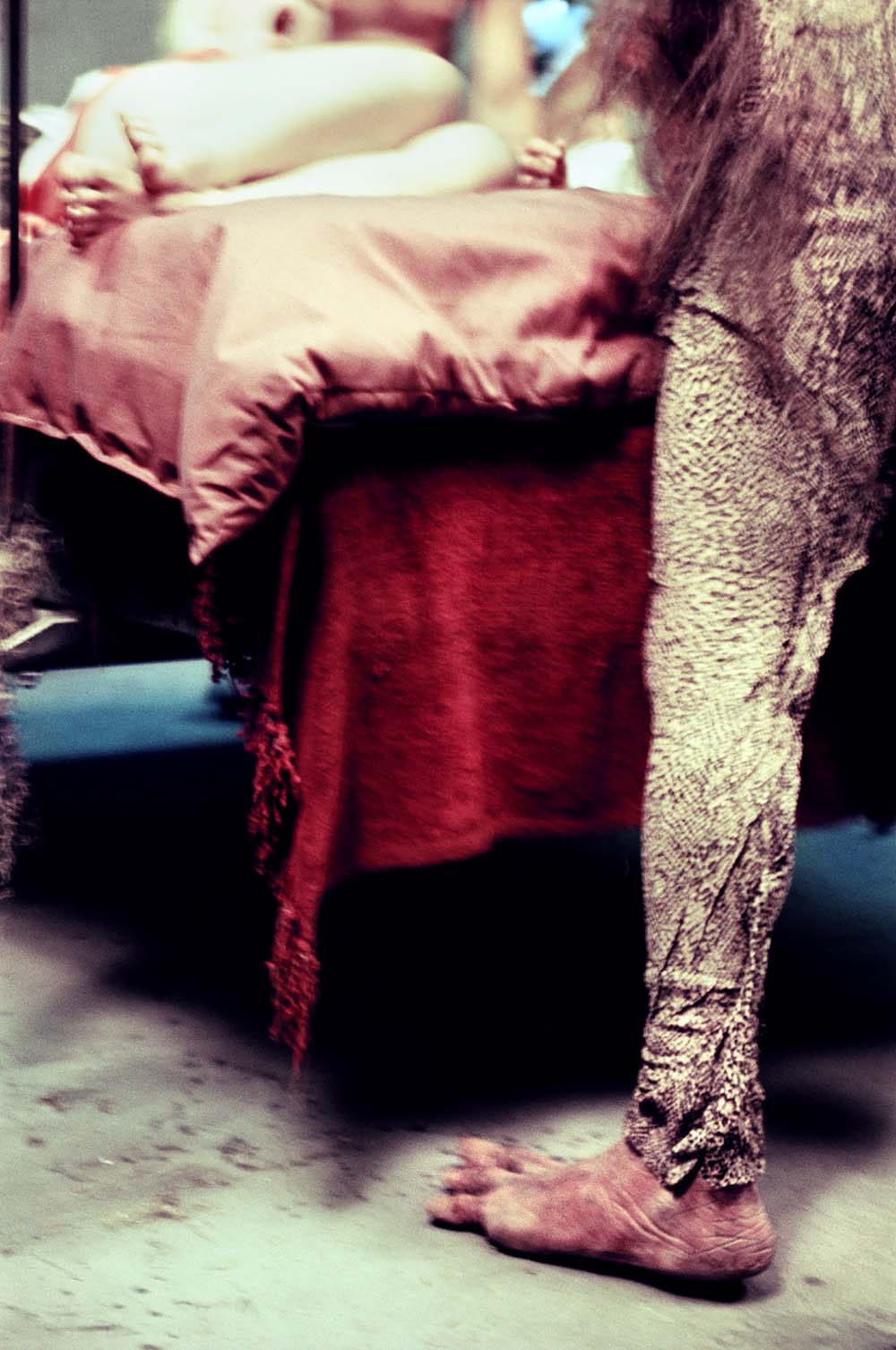 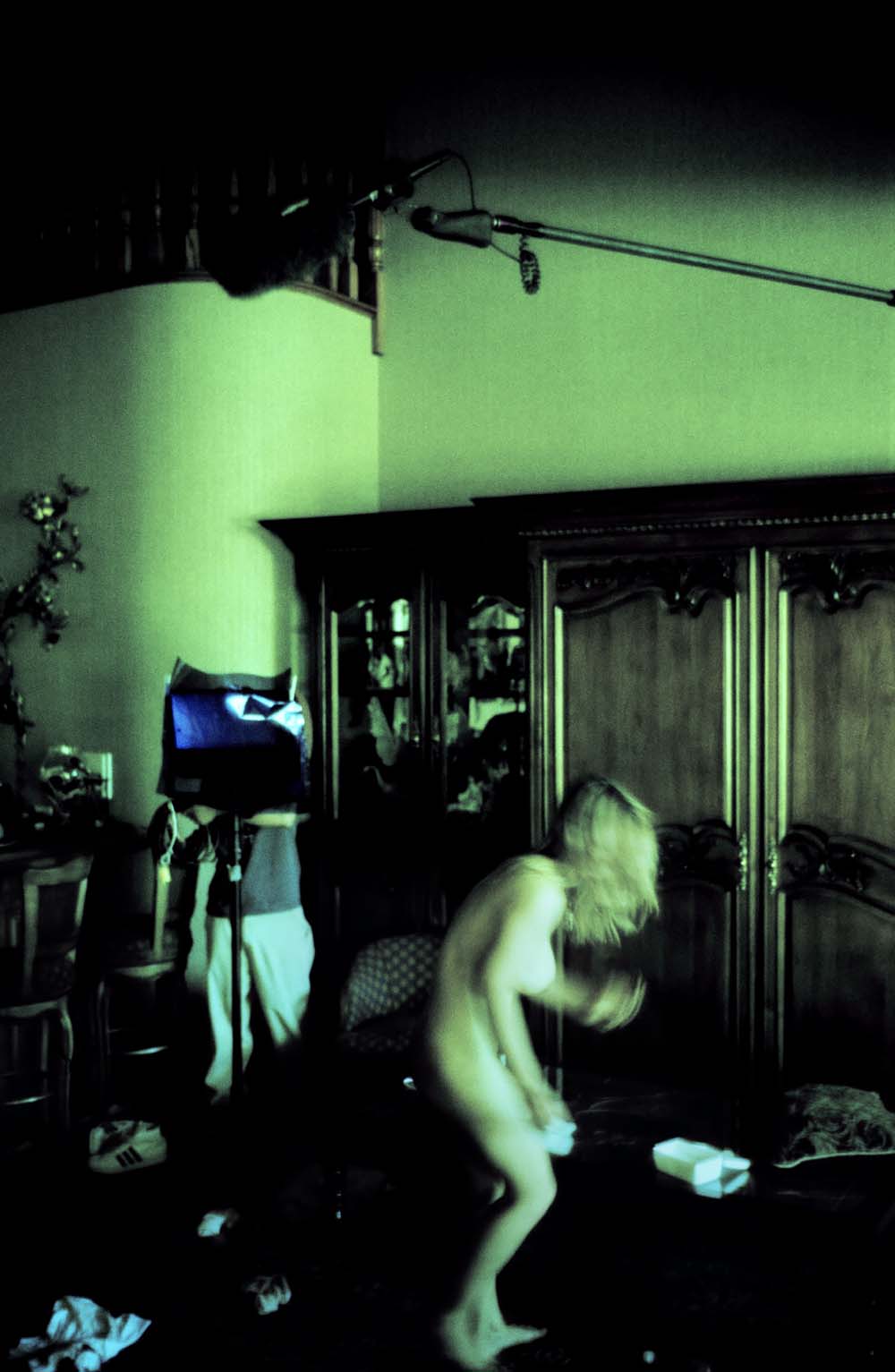