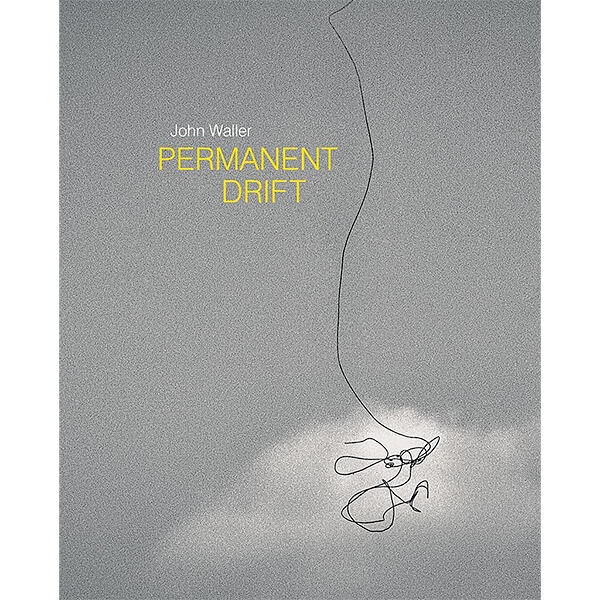 ... Waller's own intelligent presence suffuses these evocative photographs. The book is a layered diary, a travelogue of his wanderings—of his daily dérives—through and around the Philadelphia neighborhood where he lived for a number of years. - Fiction writer and photographer, Pete Duval (from his essay)

Olde Kensington, north of Center City Philadelphia, was predominantly a post-industrial area when photographer John Waller moved to town. Yet ominous signs of change could be seen everywhere as the neighborhood rapidly renovated and gentrified like the rest of Philadelphia. In the style of the classic flâneur of old, Waller wandered the streets recording a city in a state of flux. Permanent Drift (Daylight Books, May 25, 2021) brings together 53 of Waller's monochrome images taken during his regular walks around the neighborhood from 2012-2016.

In the book's foreword, Waller writes: As a lone walker, muddling my way through this unfamiliar and transitional neighborhood, I set out to document my time in Olde Kensington. The sense that some invisible force seemed to be directing these walks, influencing my movements in secret, was hard to ignore. This reticent escort seemed intent on eliciting conflicting senses of adversity, apprehension, desire, and elation.”

Waller's photography explores the fragmentation of everyday life, memory, and the relationship to place. He walked his neighborhood repeatedly, without any sense of purpose, yet always keeping his mind and eyes on alert for an interesting picture. He's attracted to the back alleys, vacant and unused spaces -- the "interstitials" -- rather than the main roads populated by people, shops, and restaurants. He likened the experience of his meanderings in Olde Kensington to searching for home in a place that he found both confusing and contradictory. 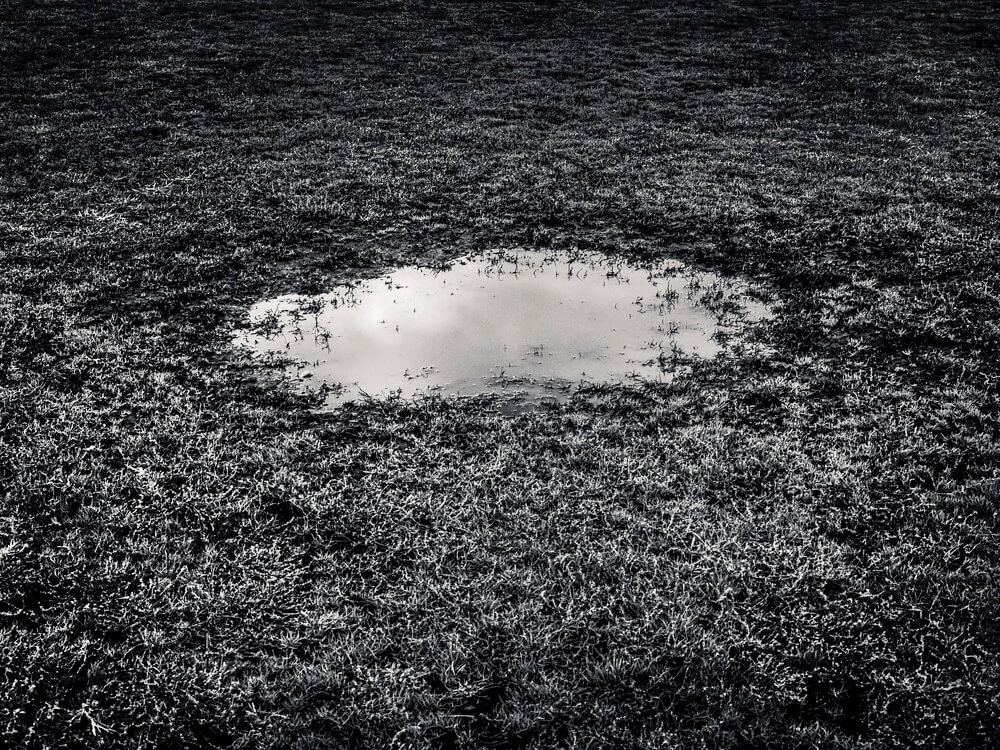 In his essay, Pete Duval explains the photobook Permanent Drift is an allusion to the French philosopher and Marxist theorist Guy Debord's idea of le dérive (literally 'drift'), "a practice for understanding, repurposing, resisting the way built environments are intended to be lived in, passed through, felt. Like Debord's practice, essentially a form of whimsical wandering."

Duval comments on the photographs: ... everywhere, forces are afoot that seek, intentionally or not, to undermine the stark utilitarian purposes of the built environment and render it beautiful. Vines and opportunistic trees well up from weedy lots to overtake houses. Facades flake and crumble. Smoke stacks of decommissioned electrical plants rust in the distance ... Everywhere we encounter the inscrutable: cryptic messages and effaced signifiers, blank billboards, illegible scrawl and faded graffiti, a shroud of snow that resolves itself into a teddy bear lashed to a metal fence post. And over everything, the omnipresent shadow stencils-even more fleeting-designs approaching the abstract, diagonals on scored concrete walls, the crisscross of scaffolding, the configurations of pigeons arrested in curved flight. 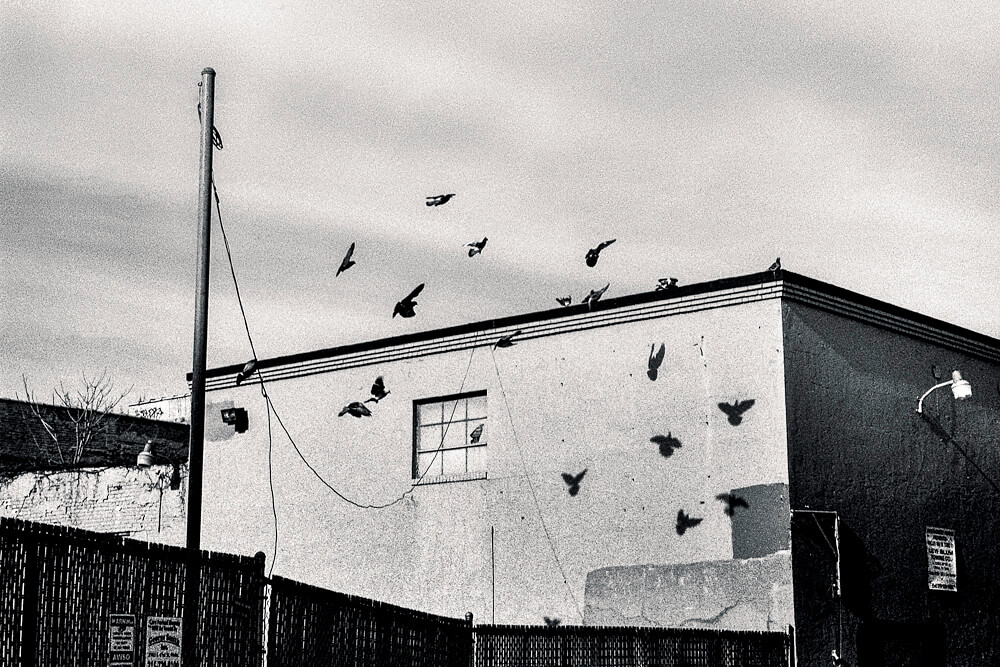 About the Photographer:
John Waller (b. 1976) is an American photographer currently living in Massachusetts where he was born and raised. He embarked on his career in photography in 2012 upon graduation from The University Of The Arts in Philadelphia. He has self-published several photography zines, and his work has also been published in Incandescent Magazine, Save Zine, Atwood Magazine, and exhibited in group shows at Art League Rhode Island, Project Basho, Doomed Gallery, London, Texas Photographic Society, Gravy Studio, and Darkroom Gallery; where he received an honorable mention from juror Bruce Gilden. 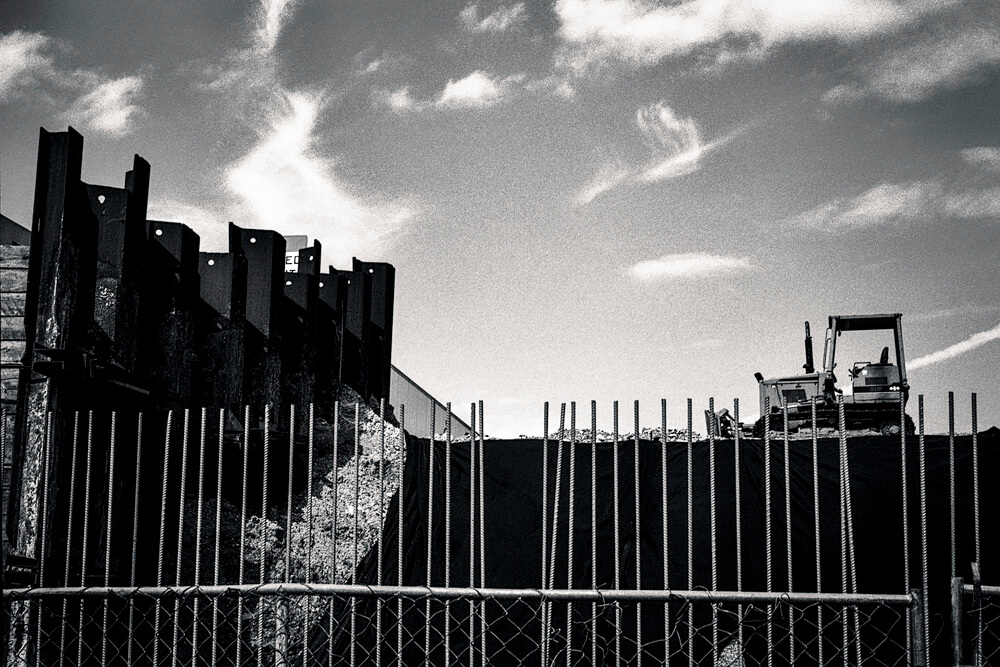 About the Contributor:
Pete Duval is a fiction writer and photographer. His short story collection, Rear View (Houghton Mifflin), won the Bread Loaf Writers' Conference Bakeless Prize, the Connecticut Book Award, and was a finalist for the Los Angeles Times' Art Seidenbaum Award for First Fiction. A second collection, The Deposition, winner of the 2020 Juniper Prize for Fiction, will be published by The University of Massachusetts Press in the spring of 2021. As a street and landscape photographer, Duval explores urban Philadelphia, where he lives, and coastal Massachusetts, where he grew up―settings that figure significantly in his writing as well. 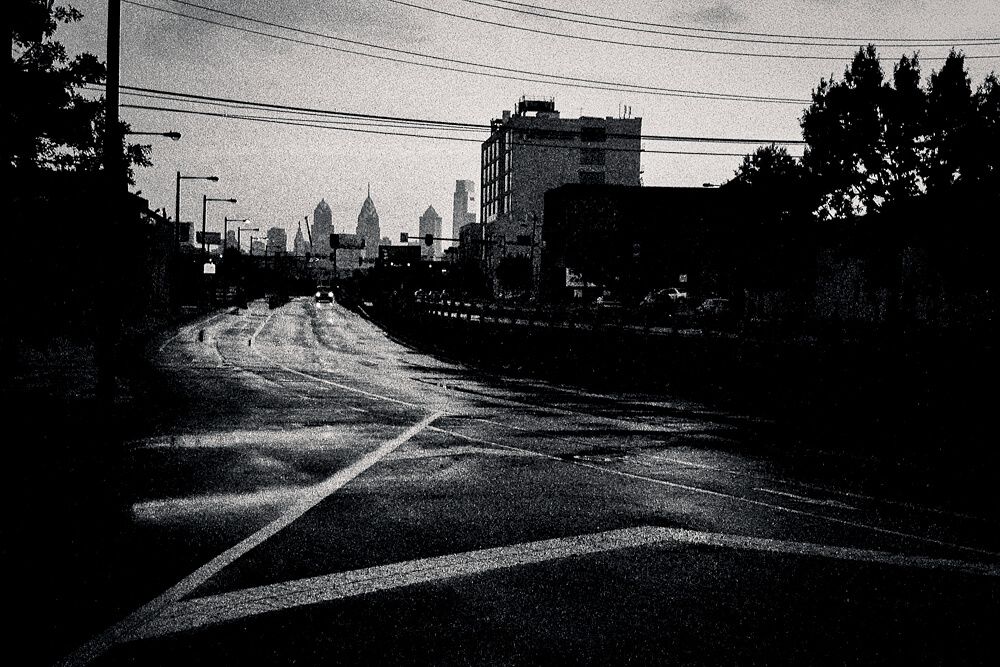