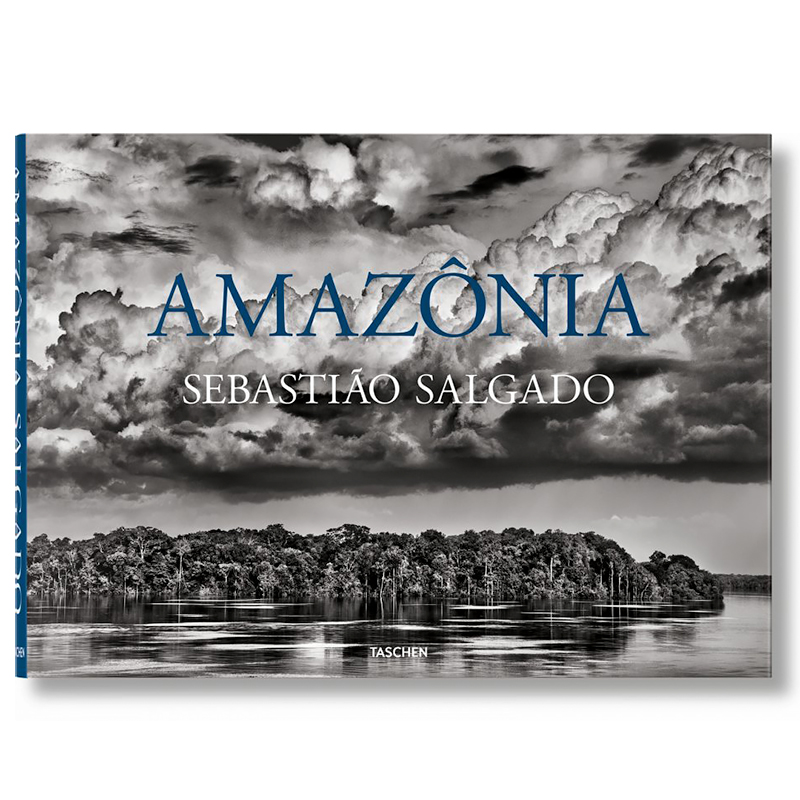 Sebastião Salgado on the traces of the indigenous peoples of the Amazon rainforest.

Sebastião Salgado traveled the Brazilian Amazon and photographed the unparalleled beauty of this extraordinary region for six years: the forest, the rivers, the mountains, the people who live there - an irreplaceable treasure of humanity.

In the book's foreword Salgado writes: For me, it is the last frontier, a mysterious universe of its own, where the immense power of nature can be felt as nowhere else on earth. Here is a forest stretching to infinity that contains one-tenth of all living plant and animal species, the world's largest single natural laboratory.

Salgado visited a dozen indigenous tribes that exist in small communities scattered across the largest tropical rainforest in the world. He documented the daily life of the Yanomami, the Asháninka, the Yawanawá, the Suruwahá, the Zo'é, the Kuikuro, the Waurá, the Kamayurá, the Korubo, the Marubo, the Awá, and the Macuxi—their warm family bonds, their hunting and fishing, the manner in which they prepare and share meals, their marvelous talent for painting their faces and bodies, the significance of their shamans, and their dances and rituals.

Sebastião Salgado has dedicated this book to the indigenous peoples of Brazil's Amazon region: My wish, with all my heart, with all my energy, with all the passion I possess, is that in 50 years' time this book will not resemble a record of a lost world. Amazônia must live on.

The photographer and author
Sebastião Salgado began his career as a professional photographer in Paris in 1973 and subsequently worked with the photo agencies Sygma, Gamma, and Magnum Photos. In 1994, he and his wife Lélia Wanick Salgado created Amazonas Images, which is today their studio, and exclusively handles his work. Salgado's photographic projects have been featured in many exhibitions as well as books, including Sahel. L'Homme en détresse (1986), Other Americas (1986), Workers (1993), Terra (1997), Migrations (2000), The Children (2000), Africa (2007), Genesis (2013), The Scent of a Dream (2015), Kuwait. A Desert on Fire (2016), and Gold (2019).
Amazonas Images

The editor
Lélia Wanick Salgado studied architecture and urban planning in Paris. Her interest in photography started in 1970. In the 1980s, she began to conceive and design the majority of Sebastião Salgado's photography books and all of the exhibitions of his work. Since 1994, Lélia Wanick Salgado has been the director of Amazonas Images (until 2017) and their Paris studio.