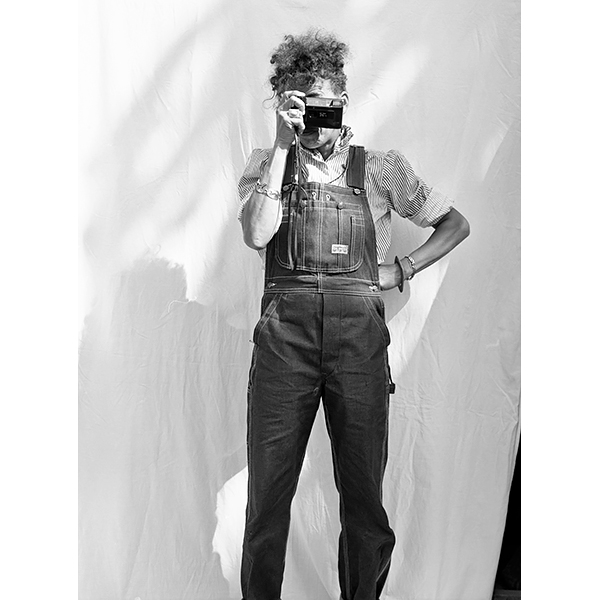 Presented by Kering and Rencontres d'Arles

On the evening of Monday, July 5th, 2021, the Women In Motion Award will be officially presented to Liz Johnson Artur at the inaugural event at the Théatre Antique in Arles. On that occasion, she will show her work and share with the audience her creative journey and her views on women's place in photography.

Since 1991, Liz Johnson Artur has compiled a body of work dedicated to the African diaspora worldwide, brought together in her Black Balloon Archive. These dynamic documentary photographs, in black and white and in color, paint a complex picture of Black identities. In lieu of working with a 'subject', the artist photographs human beings and uses her work to tell stories: "What I'm interested in is people," she says, "the ones I don't see represented anywhere."

"Women have been part of the history of photography from the outset, and they have produced incredible work. The great thing about this award is that it shines a spotlight on works that haven't always been adequately recognized, and it alerts us to the fact that recognizing women photographers shouldn't just happen once a year." Liz Johnson Artur

Liz Johnson Artur will be presented in the exhibition Masculinities at the Rencontres d'Arles in 2021.

In March 2019, Kering and the Rencontres d'Arles announced their partnership and the launch in Arles of the Women In Motion program, which each year salutes the career of an outstanding photographer. The prize is accompanied by an endowment of 25,000 euros to acquire works by the winning artist for the Rencontres d'Arles collection. The Women In Motion Award for Photography previously has been awarded to two exceptional photographers, Susan Meiselas (2019), and Sabine Weiss (2020).

In 2019, Kering and the Rencontres d'Arles also created the Women In Motion LAB, which aims to highlight forgotten women in the history of photography.
For its first two years, the LAB was dedicated to a research project on the place of women who have marked photography since its origins. In 2020, that project led to the publication, by Editions Textuel, of Une histoire mondiale des femmes photographes (A World History of Women Photographers) which presents the work of 300 women photographers through texts by more than 160 women authors from around the world. For its second edition, the LAB will accompany for the next two years two projects focused on rediscovering two remarkable women photographers who are unknown to the general public. 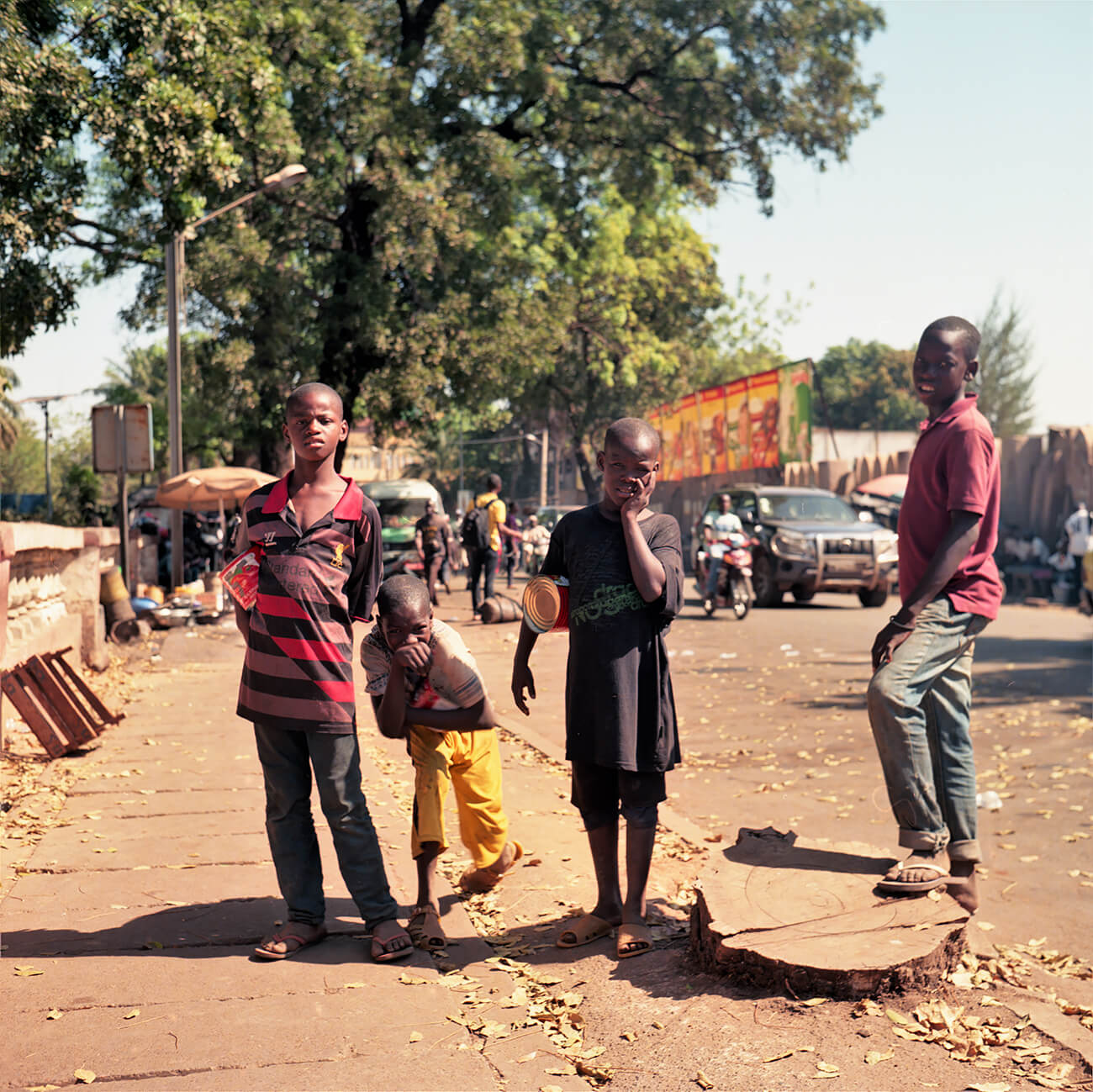 About Liz Johnson Artur
Born in Bulgaria in 1964, Liz Johnson Artur lives and works in London. Her work incorporates photography, film, and installations, and centers on the strong connections she has forged with people for more than 30 years.

In recent years, Liz Johnson Artur has exhibited selections of Black Balloon Archive in several countries, in solo exhibitions at the Brooklyn Museum in New York and at the South London Gallery in London (2019), and via group exhibitions, including at the Serpentine Galleries in London alongside Grace Wales Bonner's A Time for New Dreams (2019); at the 10th Berlin Biennale (2018); and at the Photographers' Gallery (2016). She received the Turner Bursary in 2020, was shortlisted for the Aimia AGO Photography Prize in 2017 and became a Jane Lambard Fellow at the Vera List in 2018.

Her work is held in public and private collections in the United States and the United Kingdom, and her monograph published by Bierke Verlag was listed in the New York Times' Best Photo Books of 2016 section. A new solo exhibition will be held at FOAM in Amsterdam in the fall of 2021. 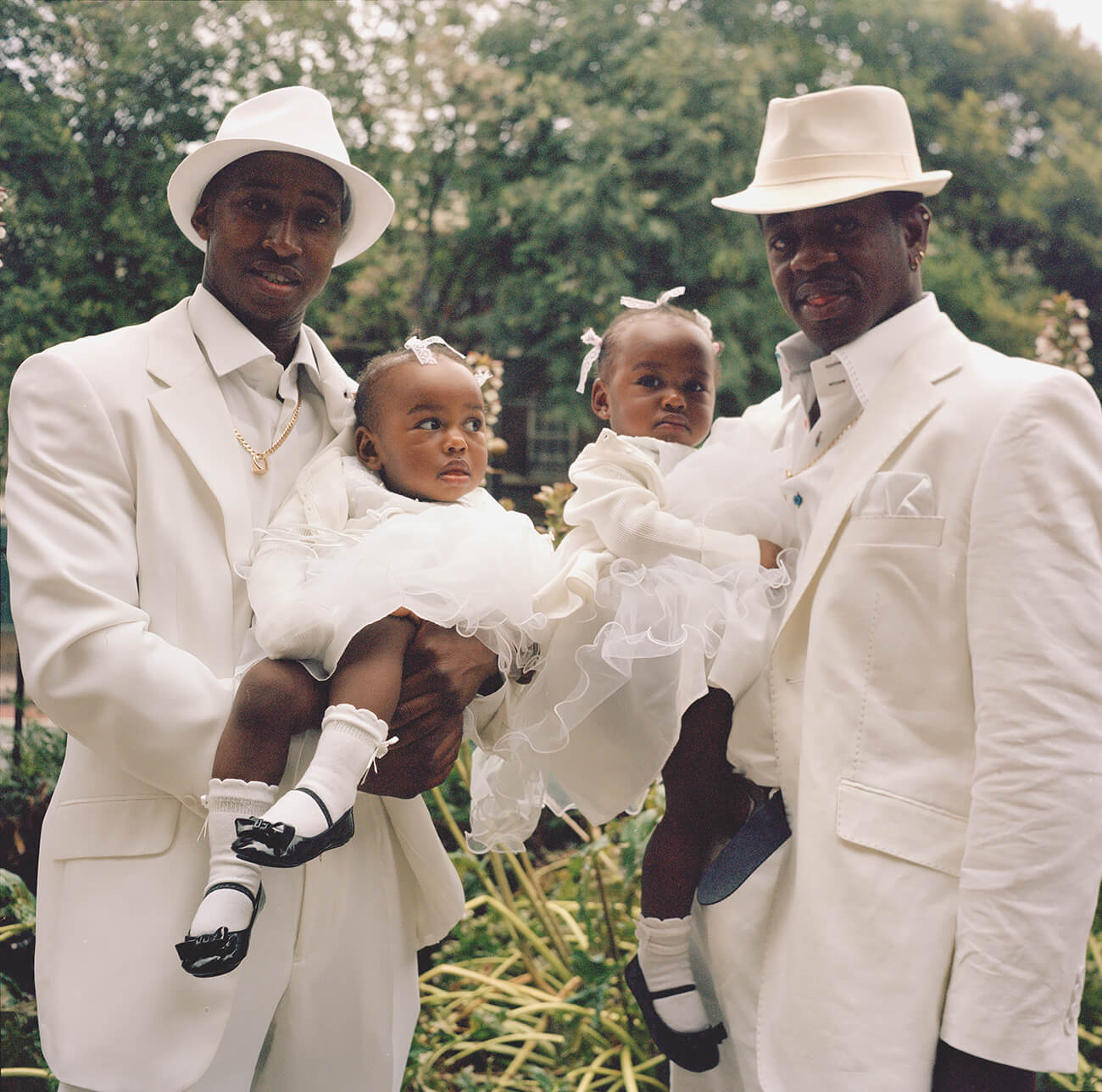 About Women In Motion
Kering's commitment to women is at the heart of the Group's priorities, and through Women In Motion extends to the field of art and culture, where gender inequalities are still flagrant even though creation is one of the most powerful vectors for change.

In 2015, Kering launched Women In Motion at the Festival de Cannes with the aim of shining a light on women in cinema, both in front of and behind the camera. Since then, the program has been expanded to include the fields of photography, art and literature. Through its awards, the program recognizes both inspirational figures and talented young women, while its Talks provide an opportunity for leading personalities to share their views on the representation of women in their profession.

For the past seven years, Women In Motion has been a platform of choice for helping to change mindsets and reflect on women's place and recognition across artistic fields. 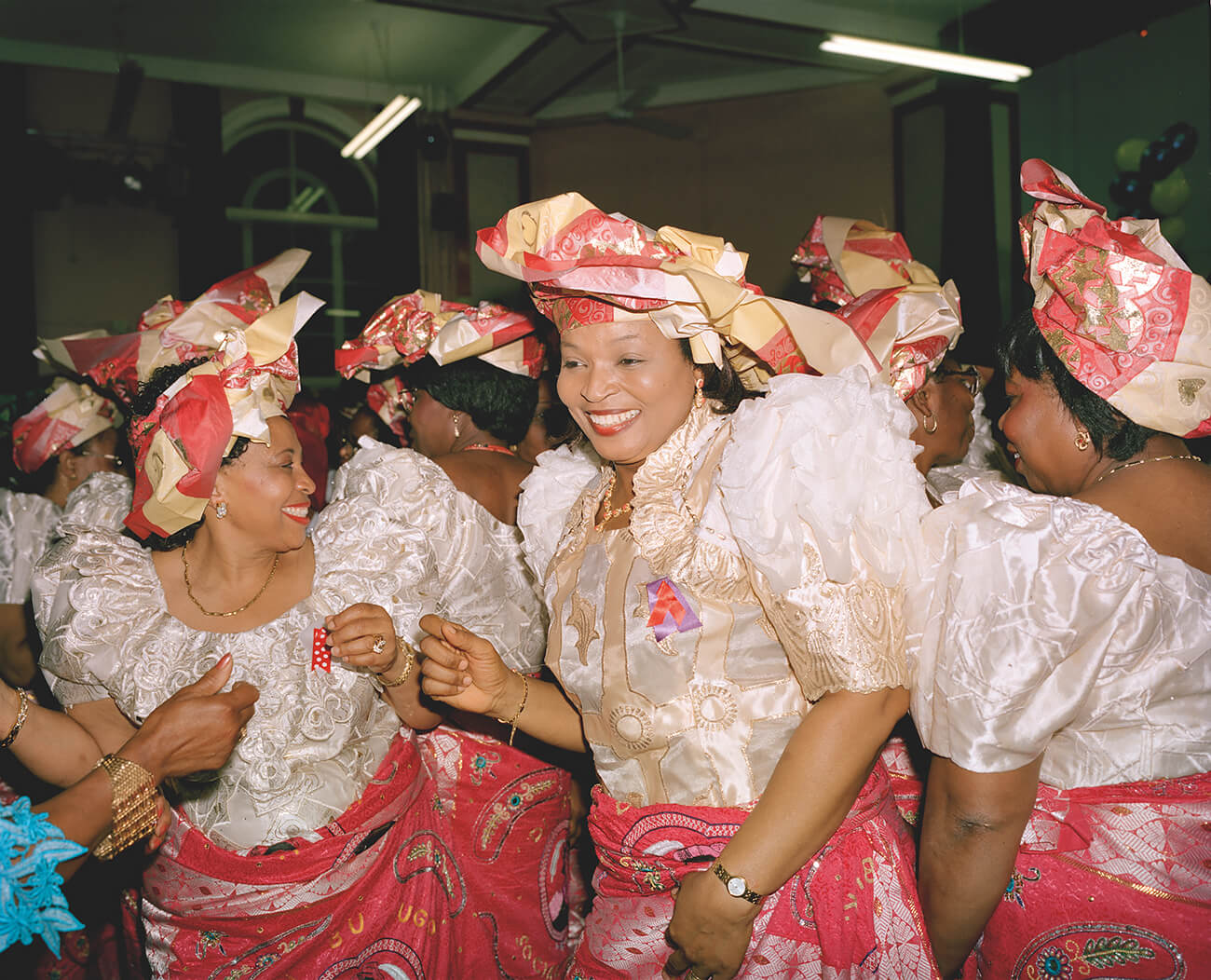 About the Rencontres d'Arles
Through exhibitions held in various exceptional heritage sites around the city, the Rencontres d'Arles has contributed to supporting worldwide photographic heritage every summer since 1970, and in so doing has become a melting pot for contemporary creation. A true cultural incubator for artists, the Rencontres d'Arles is an annual hub for photographic creation. Echoing and promoting artistic reflections and practices at a crossroads of disciplines, the Rencontres d'Arles each year presents the work of more than 200 artists and curators, through 35 exhibitions in venues with specially designed scenographies. For an ever more discerning public, the festival reveals trends, forges new paths, explores and questions the status of the changing image, creating content that reflects the sociological and geographical diversity of our world.

Les Rencontres d'Arles
About Kering
A global Luxury group, Kering manages the development of a series of renowned Houses in Fashion, Leather Goods, Jewelry and Watches: Gucci, Saint Laurent, Bottega Veneta, Balenciaga, Alexander McQueen, Brioni, Boucheron, Pomellato, Dodo, Qeelin, Ulysse Nardin, Girard-Perregaux, as well as Kering Eyewear. By placing creativity at the heart of its strategy, Kering enables its Houses to set new limits in terms of their creative expression while crafting tomorrow's Luxury in a sustainable and responsible way. We capture these beliefs in our signature: "Empowering Imagination". 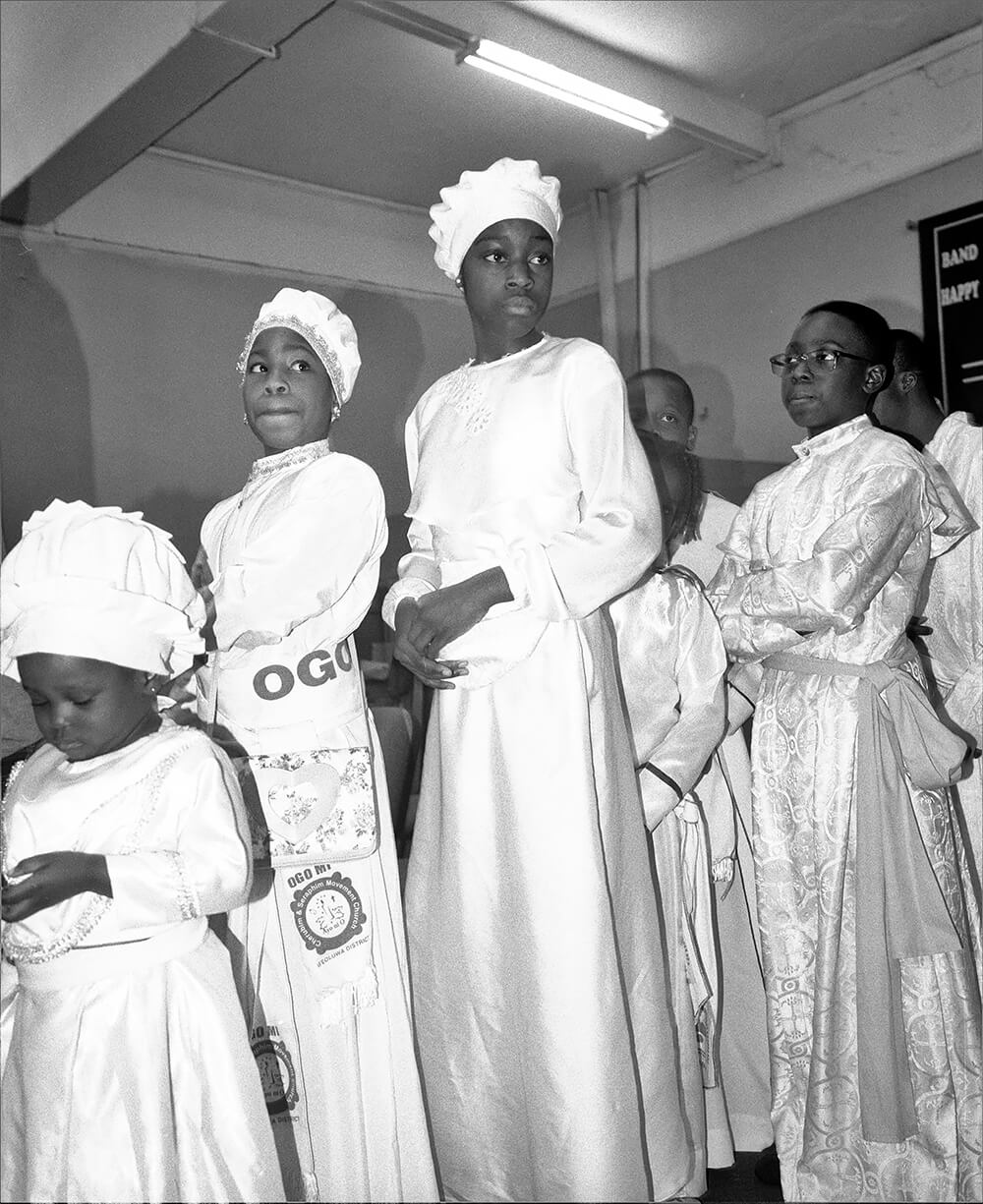 All About the Award