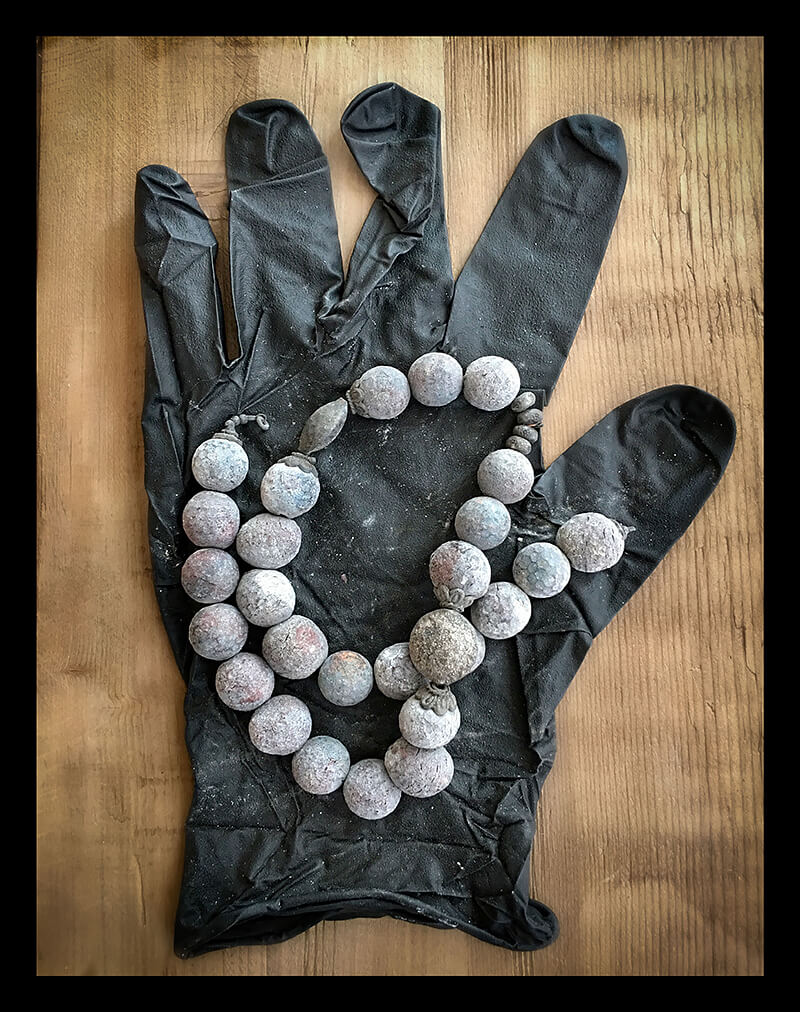 On the night of October 8th, 2017, at 11:00pm, I received a call from a friend who told us that she could see a wildfire spreading on the hills behind our house. Unaware that we were in harm's way, my husband and I walked up to a fire road behind our home and saw a bright glow in the distance. At the same time bullhorns could be heard giving orders to evacuate. First responders soon arrived at our front door and told us that we had only minutes to evacuate. My husband, youngest daughter, son and my elderly mother-in-law left the house we had lived in for over 25 years.

The following morning, we learned that our home and studio were completely gone. Someone sent us a text with an image of what remained-just our chimney, now resting in the driveway. It appeared as if there had been a massive explosion in the house.

Three days later, two Sheriff's officers escorted us back to the site where our home once stood. While standing in front of the rubble, I realized we were homeless and that our lives had changed forever. The destruction was staggering, and it was difficult to register the totality of our loss. But as I looked closer, I noticed a certain strange and unexpected beauty in the ashes. I began to recognize objects-a pin, a wristwatch, a statuette of a clown, camera bodies and kitchen tools. As I held the objects in my hand, I had a feeling of rediscovering memories of my past. Overwhelmed by a need to document them, I carefully placed each object on the back of the black rubber glove that was used to comb through the wreckage, using my iPhone camera to record these remnants of my life. Out of the firestorm, a body of photographic work evolved which I have I titled Forage From Fire.

The tragedy that we experienced as a community can be overwhelming and paralyzing. As an artist I search for meaning and beauty during moments of despair. After the shock, this photographic project helped me break through. More than documenting a loss, I hope my project provides inspiration to others recovering from trauma. I continue to excavate memories and embrace the blank slate.

Forage From Fire is dedicated to the 44 individuals who died in the 2017 Northern California wildfires. 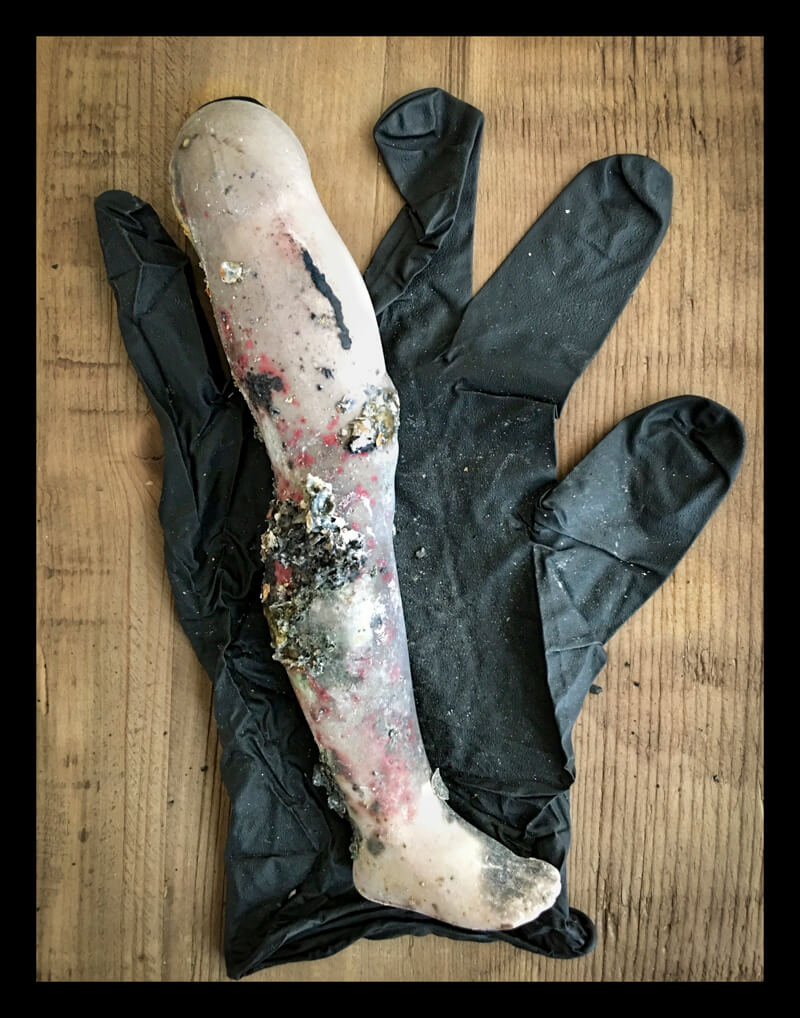 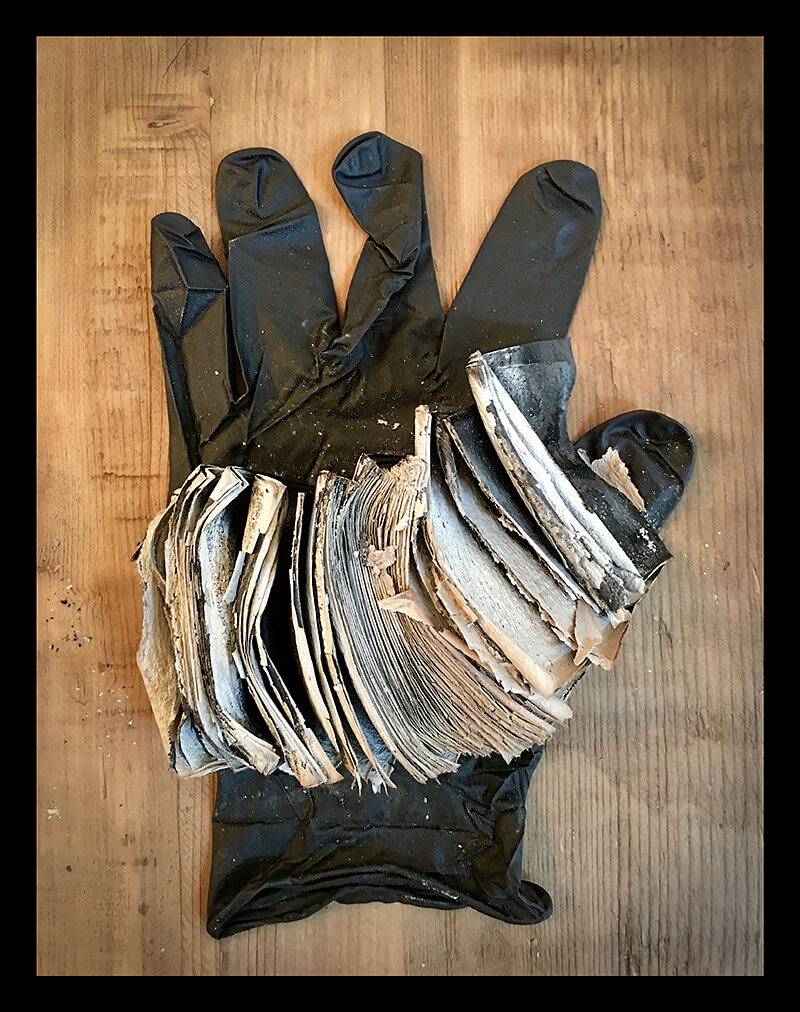 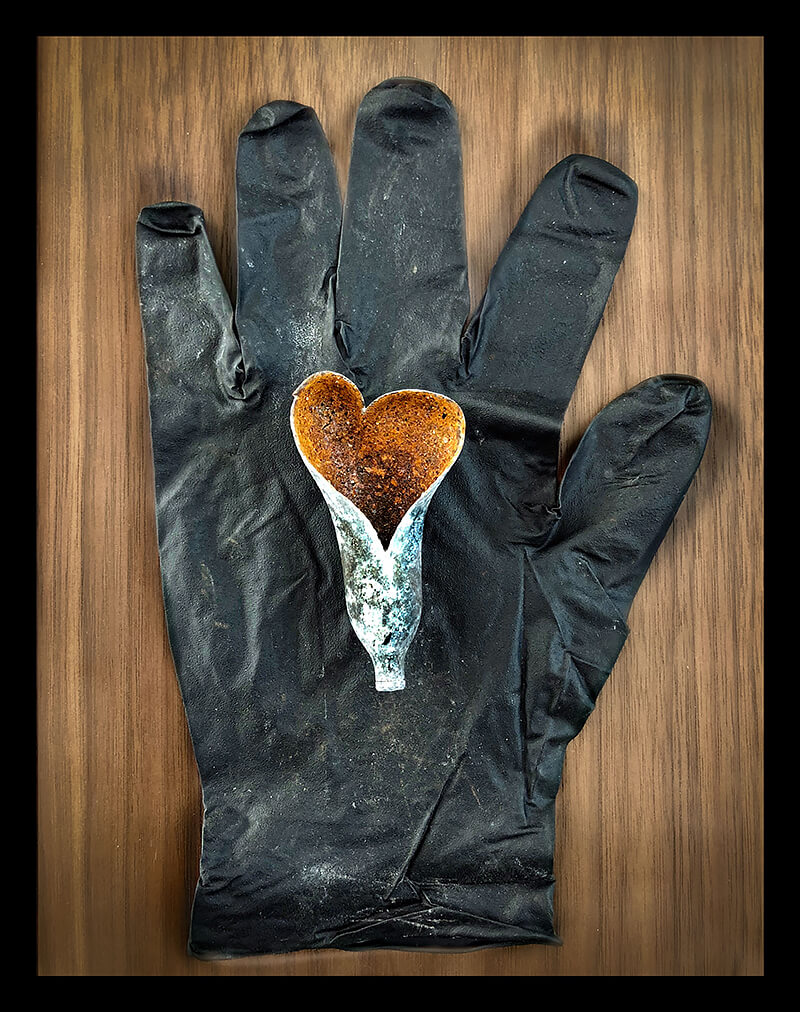 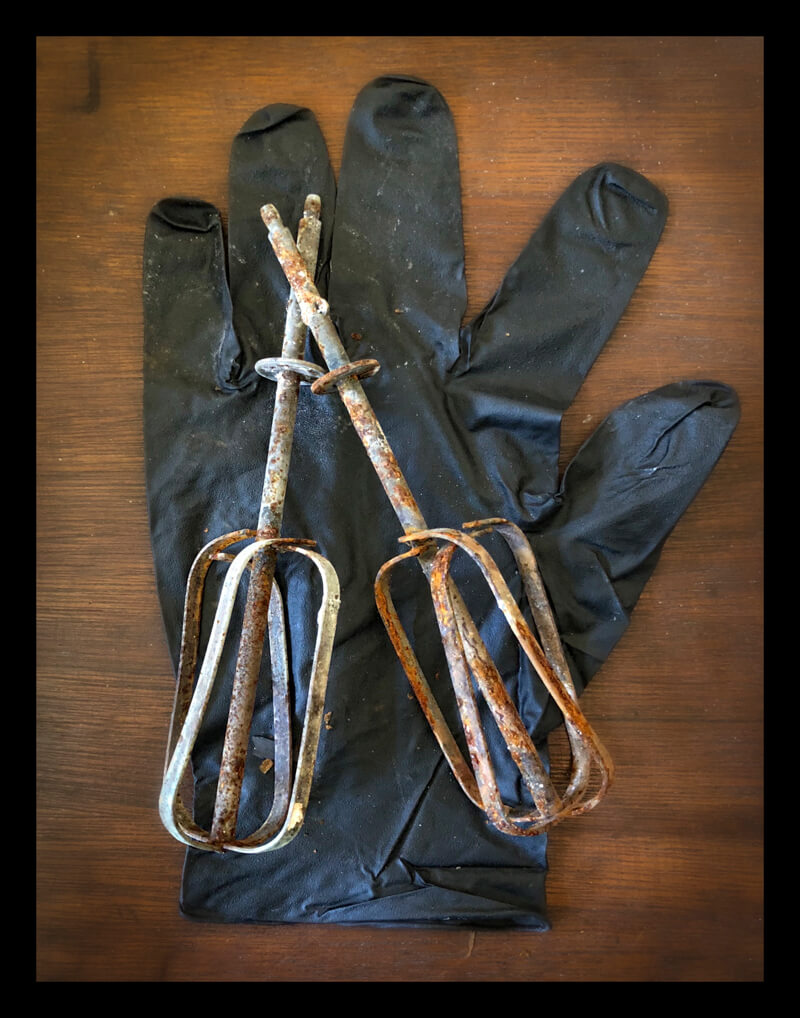 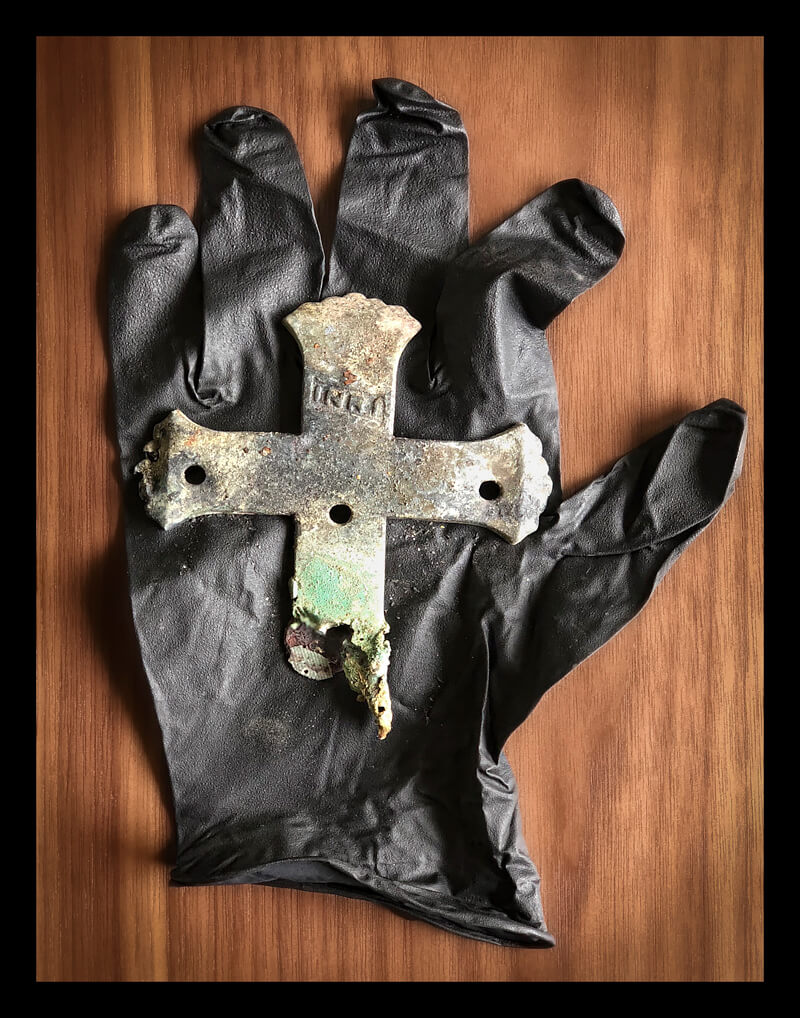 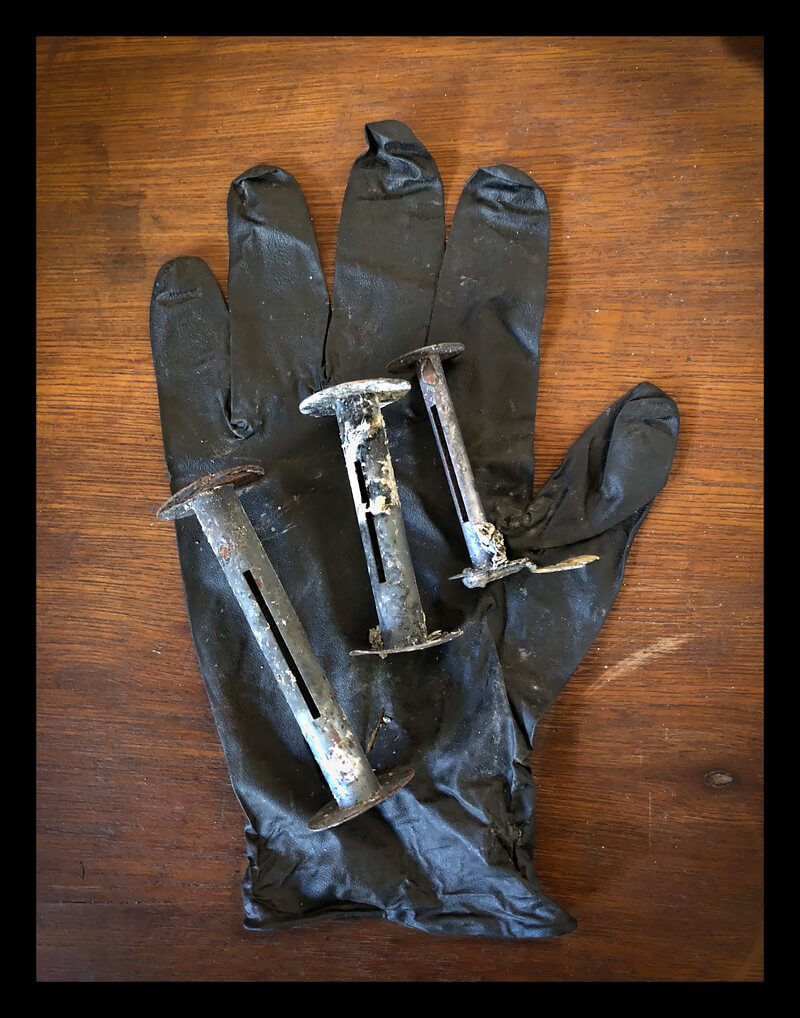