Many years later now that I am 63 years old, I have learned that it was in my early 20's when I had found my voice. It was then that I realized that my point of view had value and that I had something important to say and share with the world. I was capturing poignant scenes in our communities that I felt were significant for how they described the American culture, moments that captured American as well as universal sensibilities. Scenes that captured essential truths about people's hopes and their successes, their challenges and despair, their individuality and their relationships, during their day to day lives in our American communities. Scenes that defined an American way of life for me.

Over the 28 years of this documentary project, from 1978-2006, this is what drove me to create a portrait of America that I had observed as an outsider, because of my experiences as an immigrant where I never really fit into American society. I was born in Israel in 1957, immigrated to America as a 9-year-old with my family in 1967, and as a teenager I helped my parents run our restaurant, while in high school I barely said a word in 4-years.

It was through photography then that I found myself, as I discovered over time that I could connect with people, reveal my personality, express my opinion, interpret what I saw and felt, and be recognized and honored for my way of seeing.

Starting in the late 1970's, I found myself gravitating to scenes that pulsated with American themes and values. I had become a photo-journalist working for several newspaper photography staffs in California and Washington State, and oftentimes during my assignments I also captured these scenes in social gatherings, parades, business events, political receptions, at county fairs, and much more, scenes that excited me for how they captured an America that I was beginning to understand. Scenes where many people, often white and wealthy, have a life of excess and privilege, while many other people struggle just to survive. People who live in small rural towns and in the larger cities, each group with its own pace of life and traditions, with American values that are vastly different from one another.

An America that I found fascinating and perplexing, that I was documenting from an outsider's point of view. 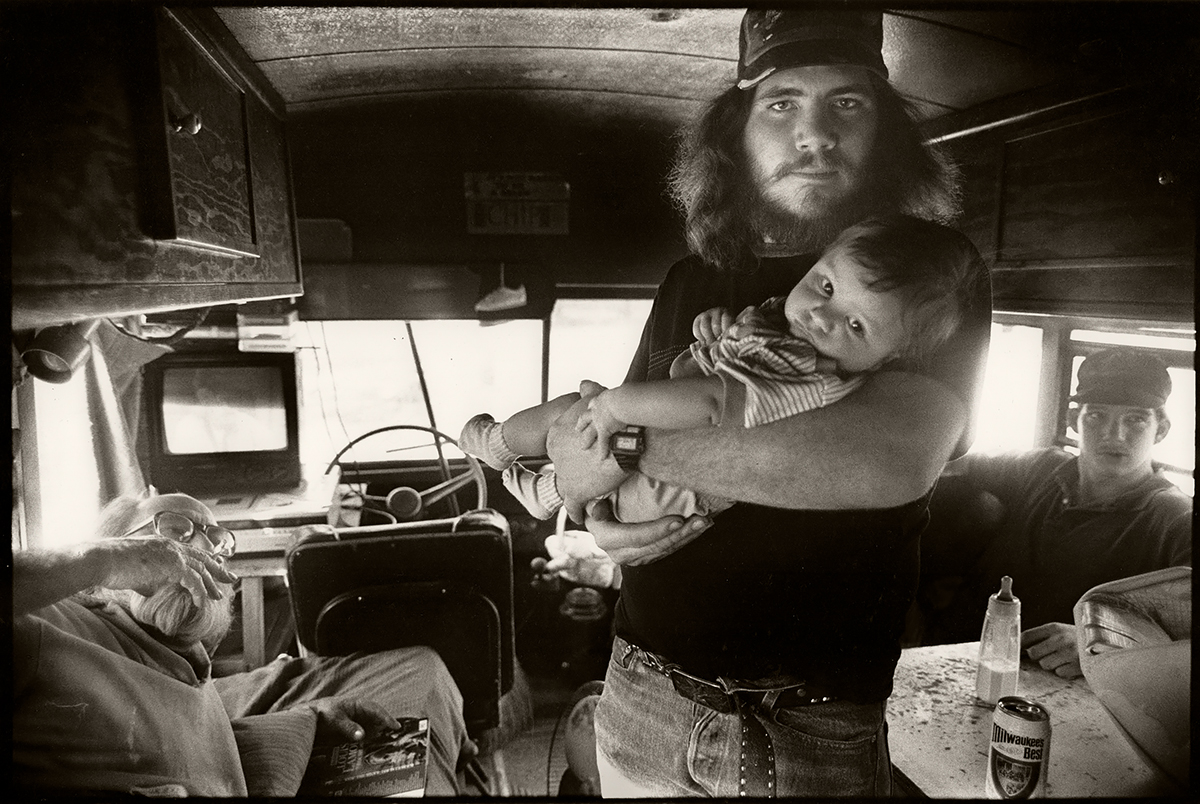 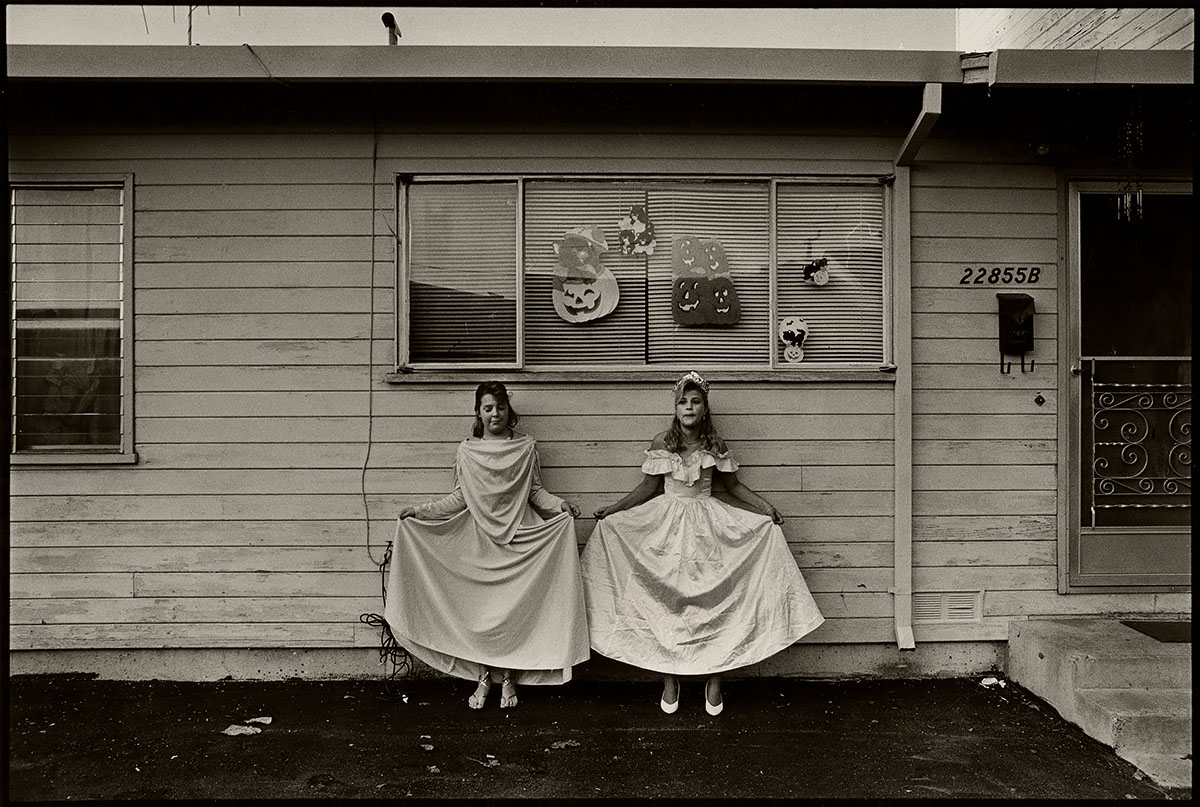 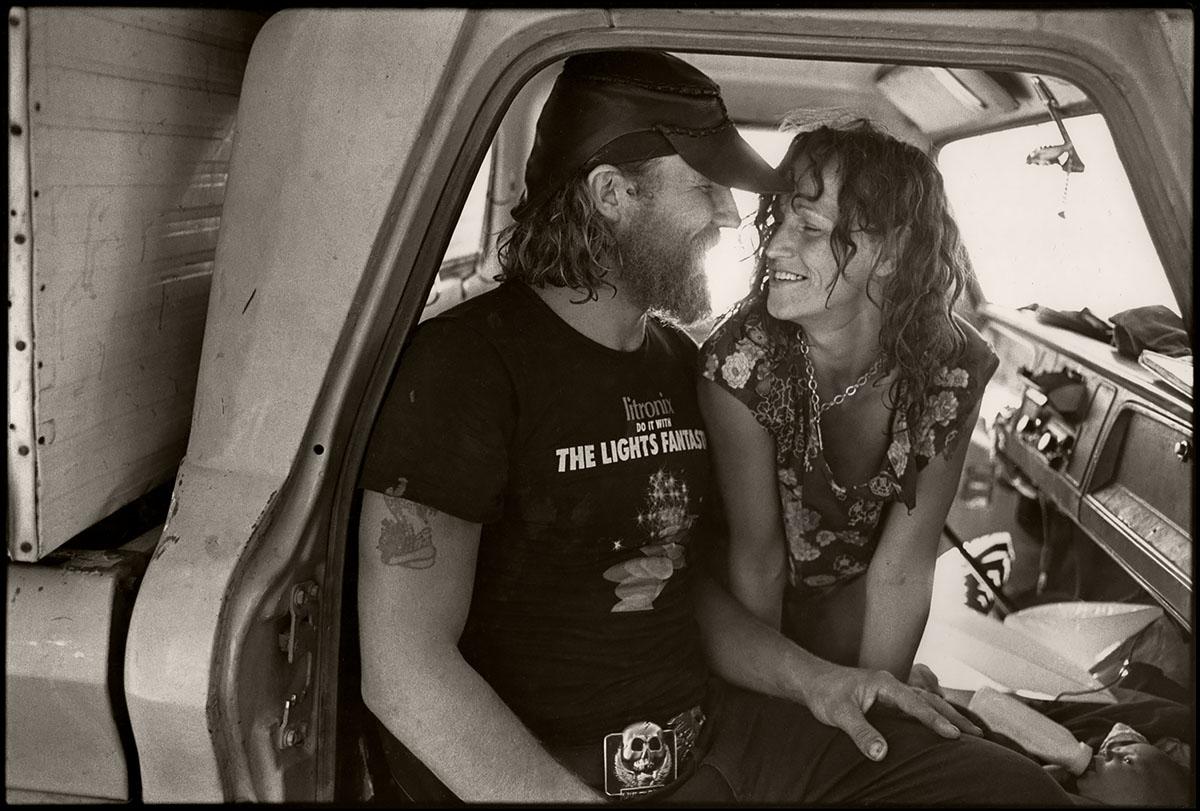 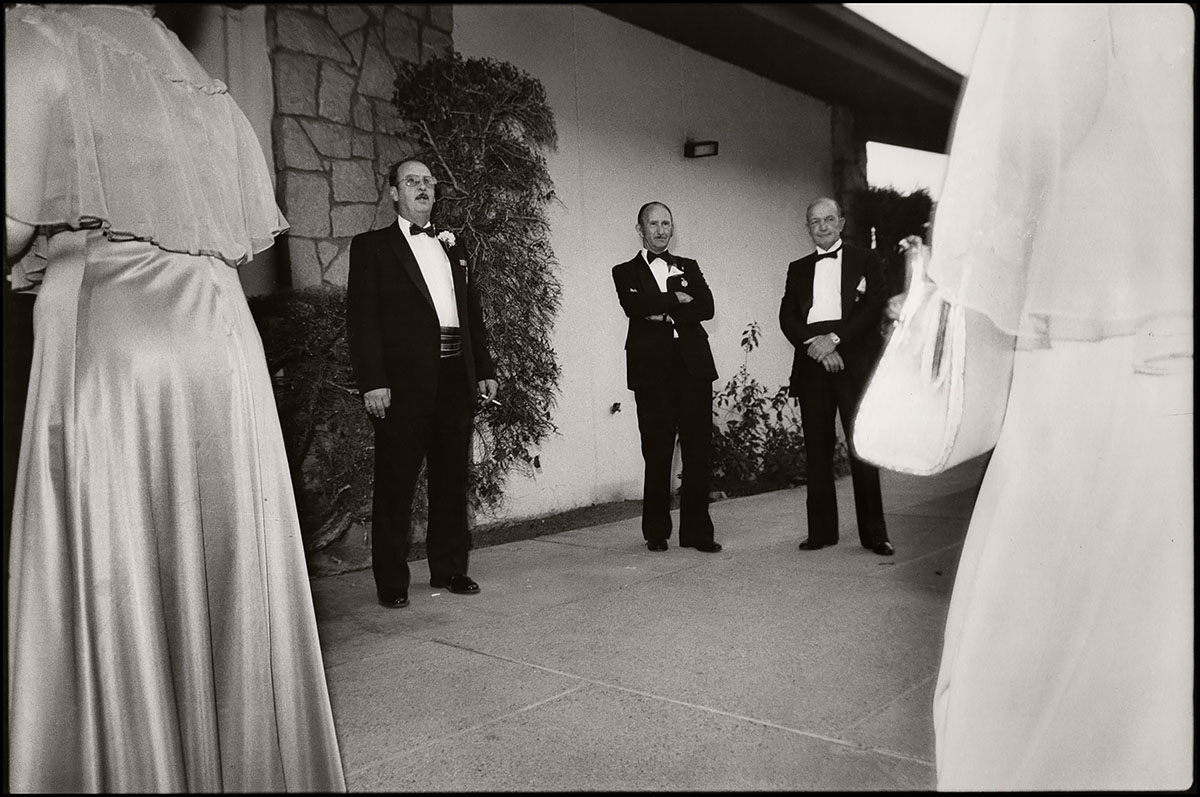 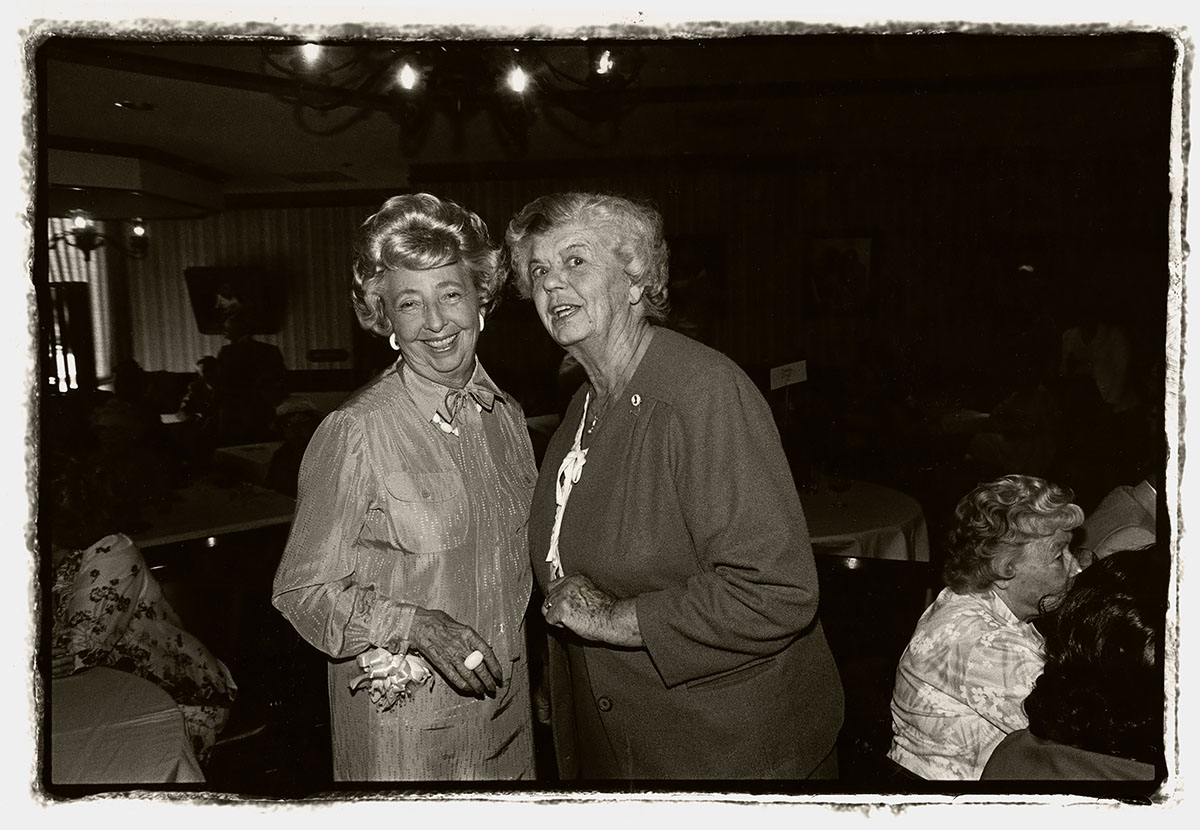 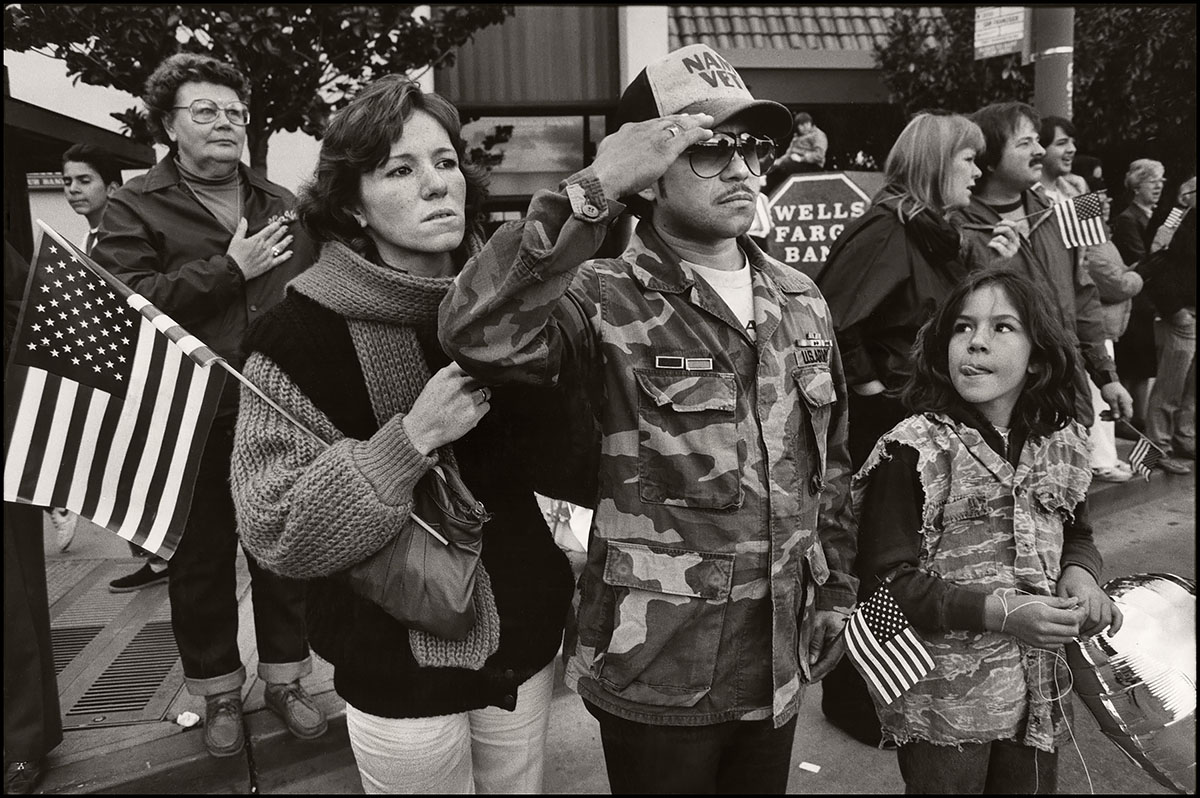 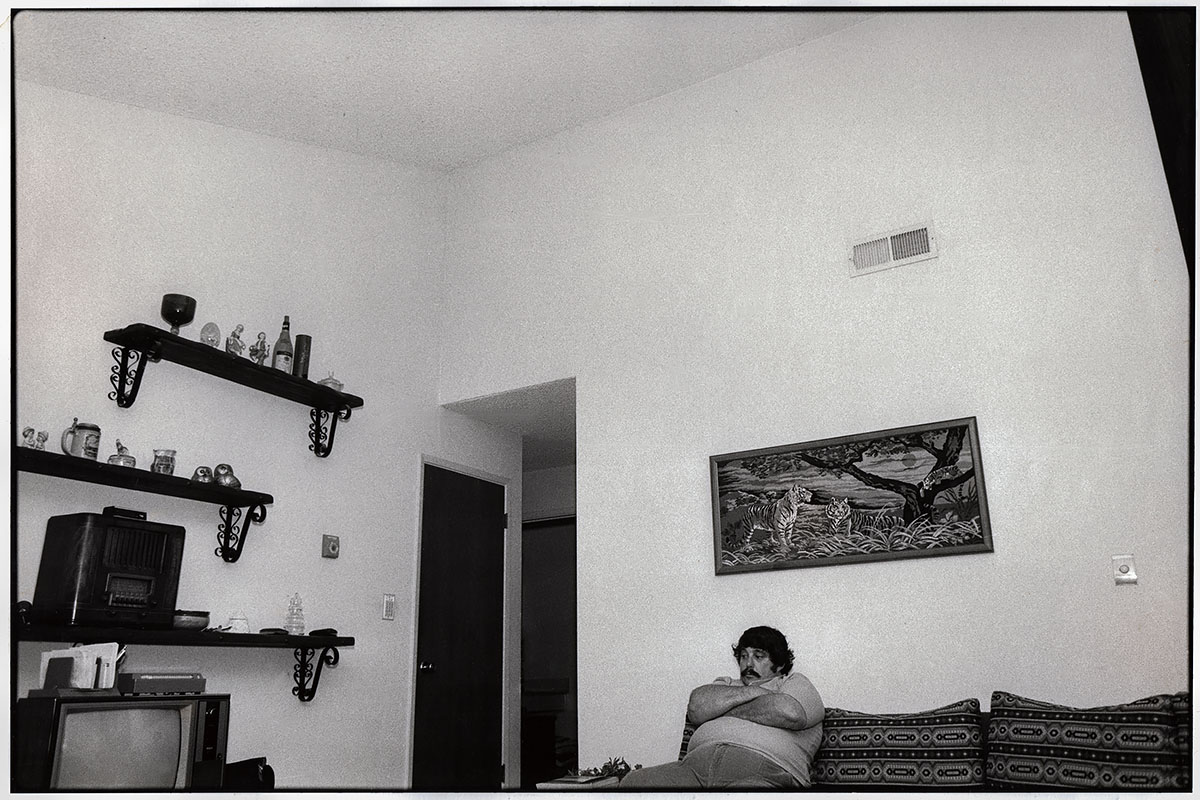 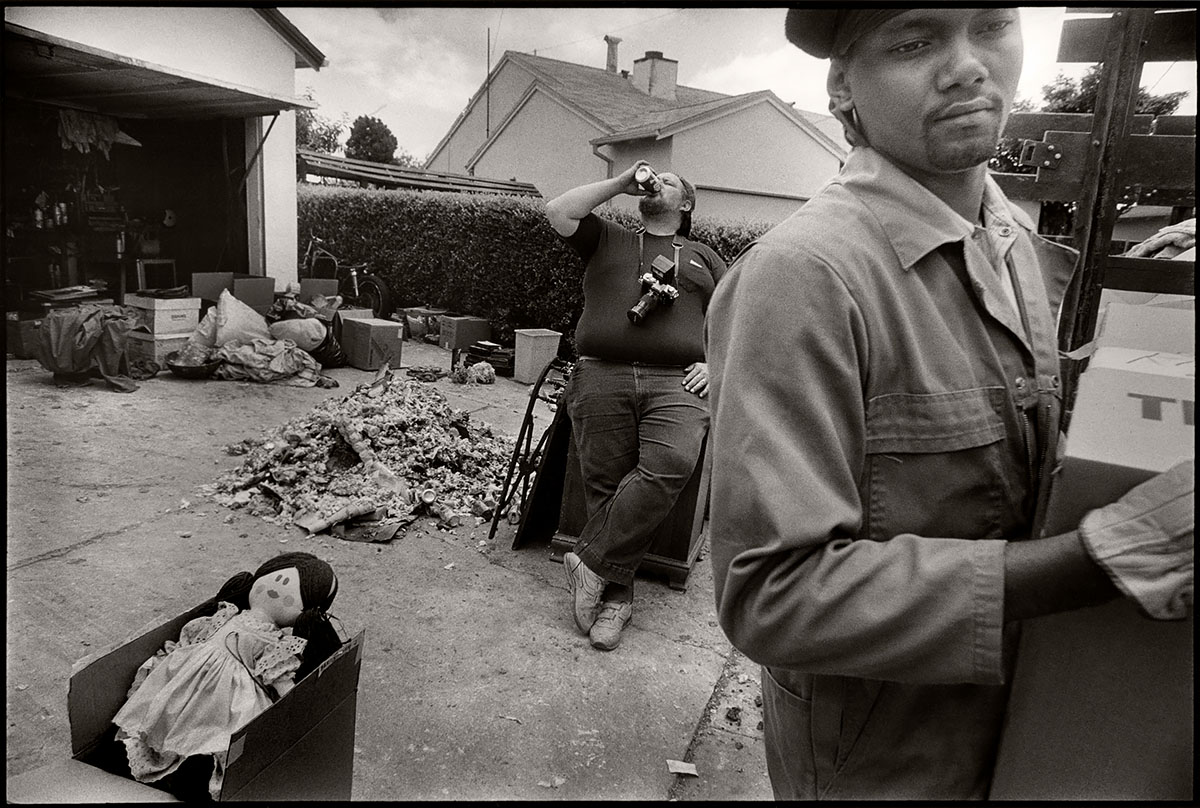 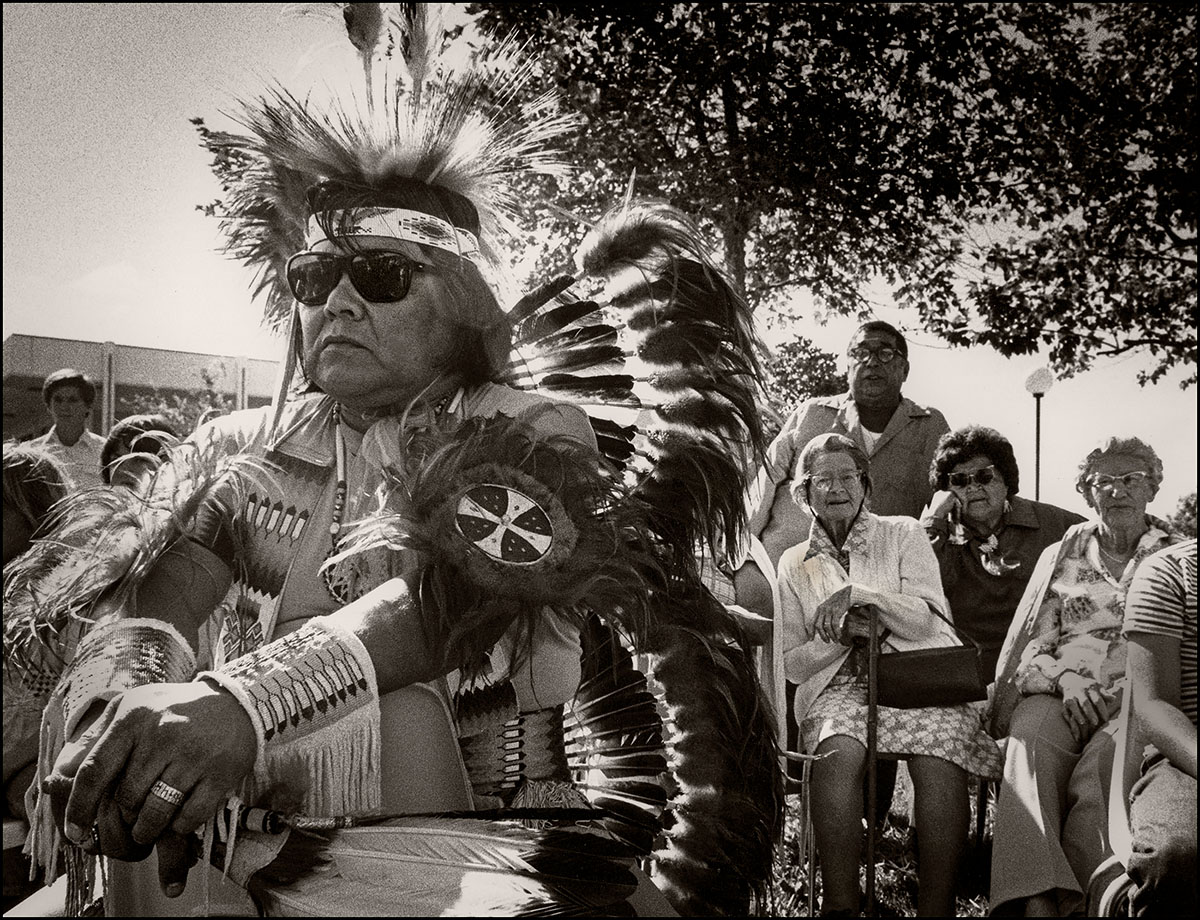 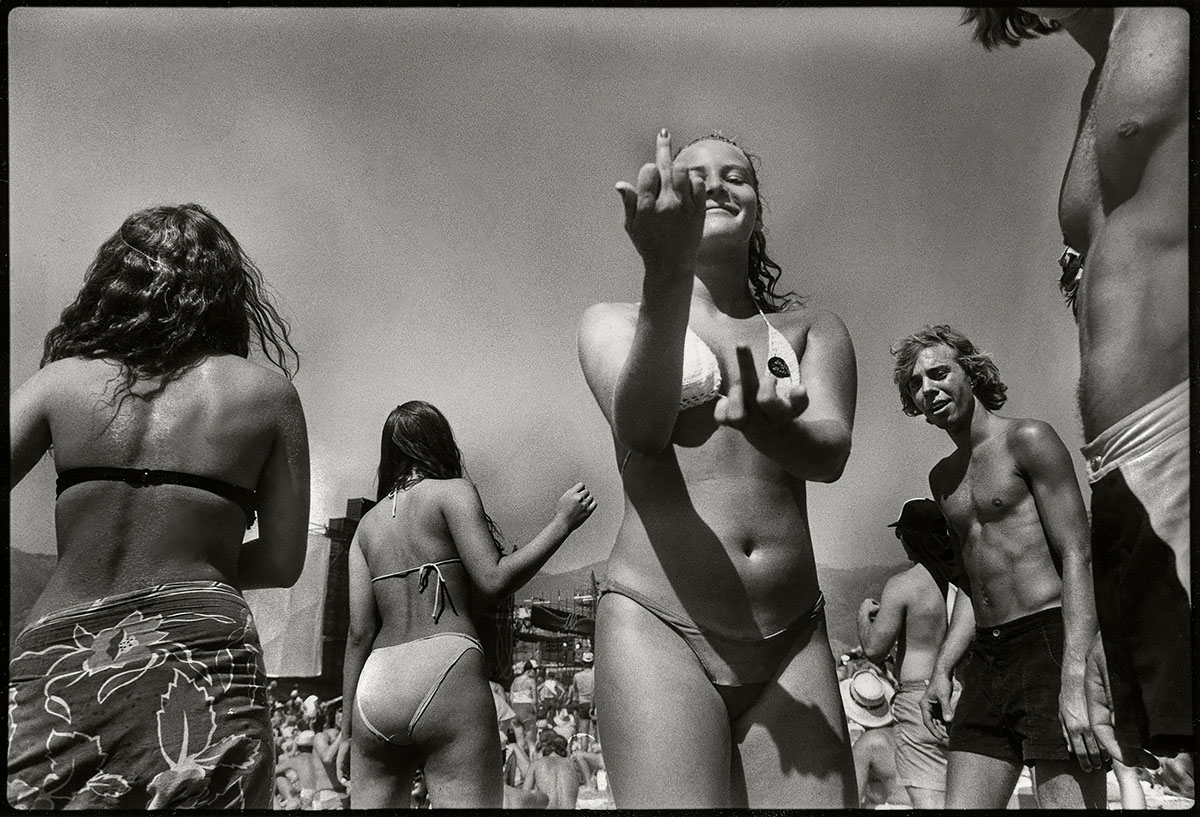 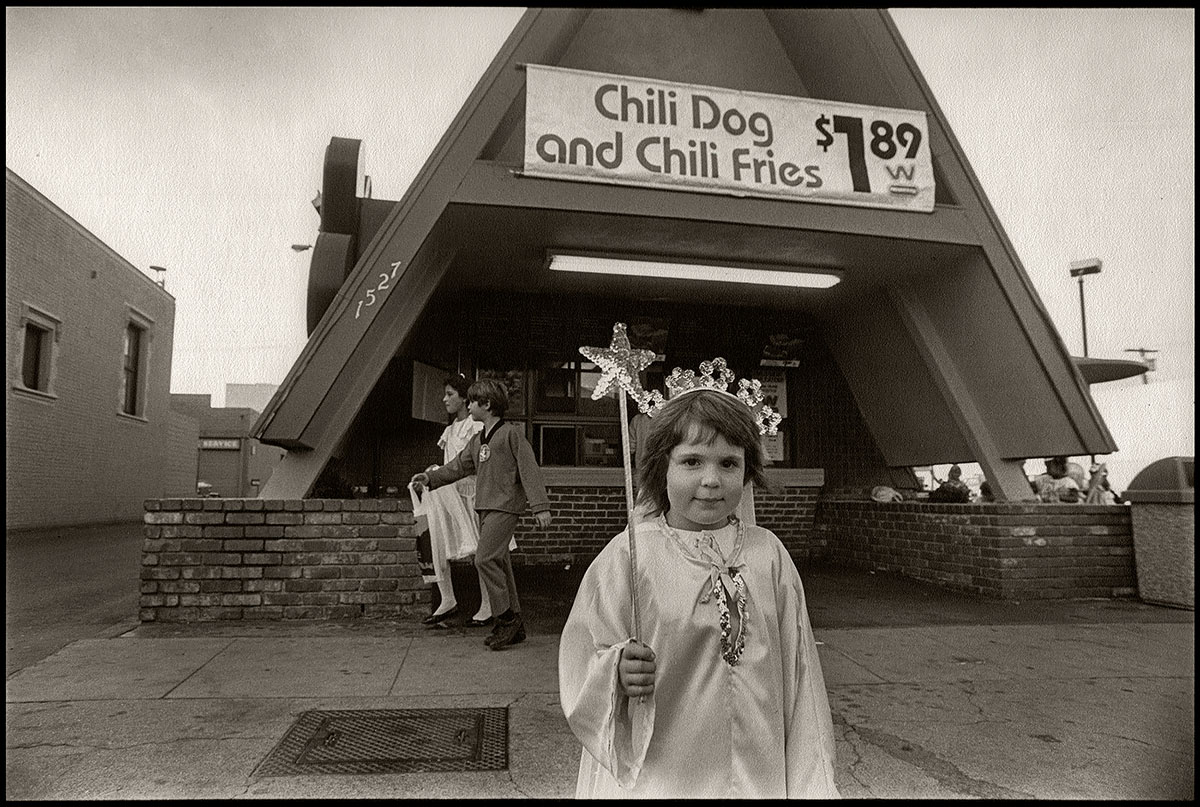 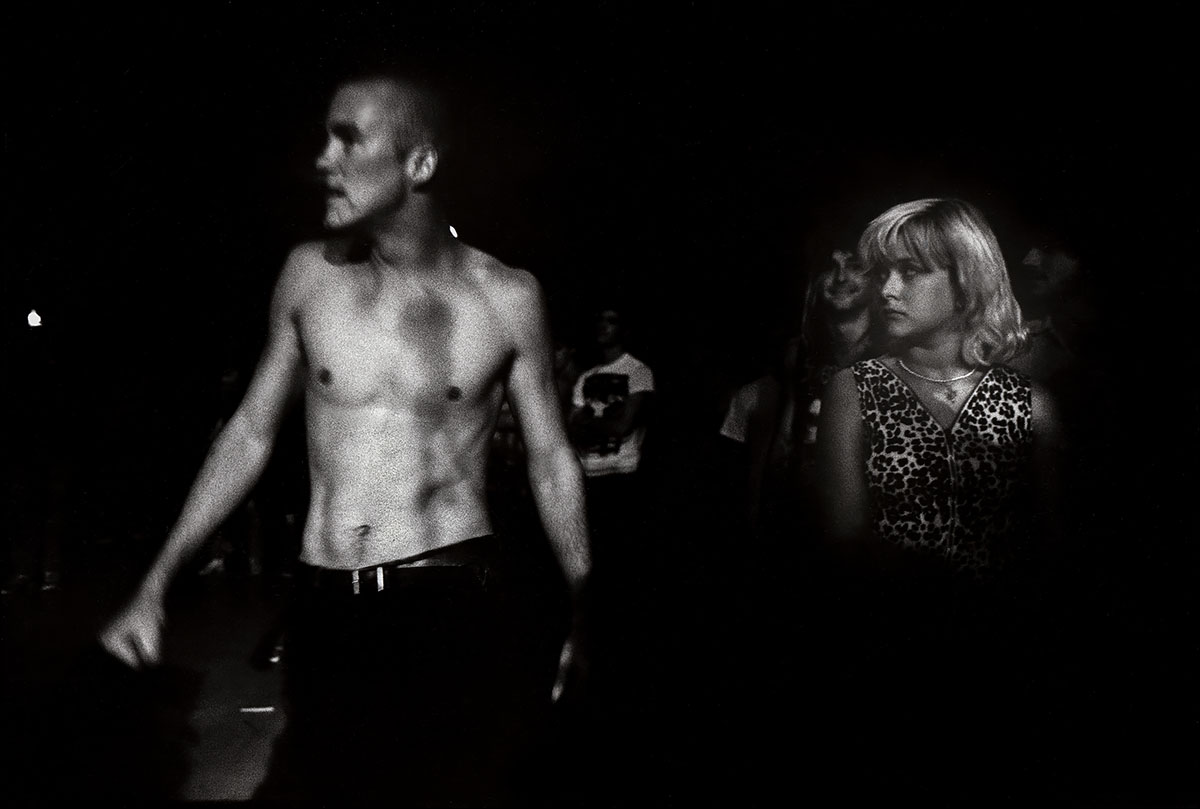 Saul was born in Israel in 1957 and emigrated to America with his family when he was 9-years old, and learned about the American culture and way of life through his work as a newspaper photographer. He has worked with his wife Sandra Hoover as a photography team for 35+ years.

Throughout their years of working together they have produced documentary and personal projects with the first one being their 7-year photo essay project 'Pride - Hearts of the Movement: The San Francisco Gay & Lesbian Freedom Day Parade: 1984-1990,' when the LGBTQ community was marching for its civil rights and uniting in fighting the horror of AIDS.

Their other documentary photo essays include 'House of Angels-Living with AIDS at the Bailey-Boushay House: 1992-1995, 1997,' about the lives of people in their last months of life at the first AIDS hospice in America in Seattle, WA., scenes of daily life in American communities with 'Our American Portraits: 1978-2006,' and are currently working on an ongoing project about the men and women who are long term HIV survivors with 'Portrait of the AIDS Generation.'

They've had solo exhibits at PhotoCentral Gallery in Hayward, CA., and at Moorpark College, CA., and been part of numerous group shows in galleries that include the Harvey Milk Photo Center in San Francisco, CA.

Their work is currently being archived by the Dolph Briscoe Center of American History, at the University of Texas in Austin, TX., and starting on 9.14.2021, they will be represented by ffoto.com in Toronto, Canada.