Catherine Edelman Gallery opened in 1987 quickly establishing itself as one of the leading galleries in the Midwest devoted exclusively to the art of photography. From its inception, the goal of the gallery was to exhibit prominent contemporary photographers alongside new & young talent, showcasing a broad range of subject matter and photographic techniques. Debuting with the Ballad of Sexual Dependency by Nan Goldin, CEG has shown everything from street photography (Susan Meiselas, Sebastiao Salgado, James Nachtwey) to fashion photography (Annie Leibovitz, Herb Ritts, Matthew Rolston) to traditional landscape images (Michael Kenna, Lynn Geesaman) to social-conscious work (Richard Misrach, Jeffrey Wolin, Terry Evans, Allen Ginsberg) to images created as a springboard for story-telling (Joel-Peter Witkin, Elizabeth Ernst, Dan Estabrook) etc.

Recent shows at the gallery include a major exhibition, Killer Shots: A Photographic Response to War, curated in 2003 by Catherine Edelman as a response to the war in Iraq. The show featured 34 photographers and showcased photographs from numerous conflicts starting with Vietnam and moving to the present. The exhibit traveled to Indiana University Art Gallery and San Francisco Camerawork. In 2001, Edelman curated Others Among Us: Works of the Amish, Hutterites & Mennonites, featuring work by Kristin Capp, George Tice, Larry Towell & Laura Wilson. The show debuted in Chicago and traveled to The Cedar Rapids Museum of Art in Iowa. Other exhibitions include one person shows by Joel-Peter Witkin, Julie Blackmon, Robert & Shana ParkeHarrison and Bruce Davidson.

Chicago Art Source Gallery
1871 N Clybourn Avenue
Chicago, Illinois - IL60614
Chicago Art Source Gallery exhibits and sells art that grabs your attention and sustains your interest. From a diverse core of contemporary artists, works in varied media and scale walk a line between conceptual intrigue and visual beauty. The gallery's open atmosphere and knowledgable staff offer a relaxed setting where one can discover that perfect work of art. From first time buyers to seasoned collectors, art enthusiasts of all kinds are welcome to view the many works on display. Whether you're searching for a single piece to complete a room or looking to add to your existing collection, the gallery staff is available to help navigate the vast inventory of paintings, photography, sculpture and prints.
All about Chicago Art Source Gallery
Chicago 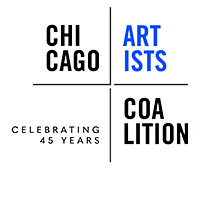 Chicago Artists Coalition
2130 W. Fulton Street
Chicago, Illinois - IL60612
CAC is a non-profit organization that supports contemporary Chicago artists and curators by offering residency programs, exhibitions, professional development, and resources that enable them to live, work and thrive in the city
All about CAC
Chicago 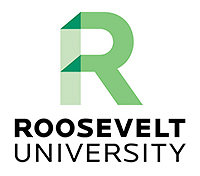 Gage Gallery at Roosevelt University
18 S. Michigan Avenue
Chicago, Illinois - IL60603
The Gage Gallery at Roosevelt University is Chicago's premier space for showcasing contemporary critical social photo-documentary (Newcity Art). The Gallery exhibits work that is consonant with the mission of the University and its ideals of social justice. It serves the academic goals of the University by hosting numerous public lectures, panel discussions, and symposia, which allow groups to learn about, and discuss, the important social issues of our time. Gallery exhibitions have explored themes including immigration, incarceration, gun violence, terrorism, mental illness, LGBTQ activism, and poverty. The Gallery serves the greater photographic community by being one of only a handful of galleries in the United States to exhibit documentary photography for the sole purpose of education.
All about Gage Gallery
Chicago 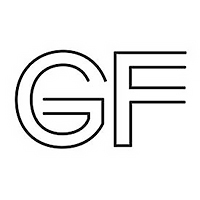 Graham Foundation
4 West Burton Place
Chicago, Illinois - IL60610
Founded in 1956, the Graham Foundation for Advanced Studies in the Fine Arts makes project-based grants to individuals and organizations and produces public programs to foster the development and exchange of diverse and challenging ideas about architecture and its role in the arts, culture, and society.
All about Graham Foundation
Chicago 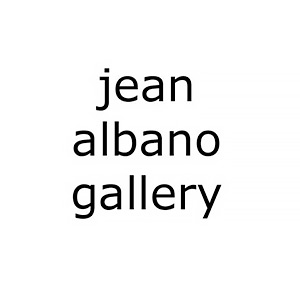 Perspective Gallery
1310 B Chicago Avenue
Chicago, Illinois - IL60201
Perspective Group and Photography Gallery is a not-for-profit, community-oriented cooperative whose purpose is to promote fine art photography. In addition to ongoing group and featured artists exhibitions, the gallery features: a guest speaker lecture series; monthly artist talks; an annual, international, juried exhibition; and an annual juried show for Chicago-area high school students. The members of Perspective Group and Photography Gallery bring a rich blend of experience and focus to the gallery. Members’ work has been shown at galleries, colleges, libraries and in publications and juried shows across the country. The artistic styles and techniques of the members include traditional film, digital, alternative processes, mixed media, collage and encaustic art.
All about Perspective Gallery
Chicago 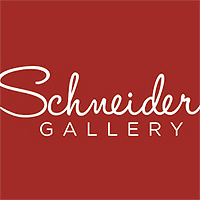 Stephen Daiter Gallery
230 W. Superior, Fourth FLoor
Chicago, Illinois - IL60654
Stephen Daiter Gallery offers fine and vintage examples of important American and European photography from the 20th century. Our areas of specialty are avant garde, experimental, documentary and photojournalism. They include the Chicago School of Design, the Bauhaus, the Photo League, and the André Kertész Estate. Our exhibitions and publications have been by turns interesting, challenging, and controversial. Our publications have stressed fine printing and original scholarship and we delight in bringing art and artists to light that have been heretofore overlooked or unknown.
All about Stephen Daiter Gallery
Chicago

The Arts Club of Chicago
201 E. Ontario Street
Chicago, Illinois - IL60611
Since 1916, The Arts Club of Chicago has been a preeminent exhibitor of international art, a forum for established and emerging artists, and a celebrated venue for performers from around the world. For over 95 years, The Arts Club has opened its membership to artists and patrons of the arts, and its exhibitions to the public. At its inaugural meeting, the mission of the Club was defined as: "to encourage higher standards of art, maintain galleries for that purpose, and to promote the mutual acquaintance of art lovers and art workers."
All about the Arts Club of Chicago
Chicago