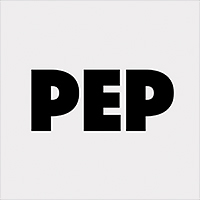 Streets, squares, parks, beaches, forest paths, the public space can take many different forms, but mostly refers to the same basic criteria: it's a place that is open, free and accessible to its inhabitants, allowing their free movement and expression. A place which provides people opportunities to come together and engage with the community.

But over the last few years, significant changes in society have been challenging this concept. The introduction of cars, shopping malls, surveillance cameras among other things have led to a growing privatization of the space. The border between public and private is not always clear and private companies are progressively taking responsibilities that used to belong to the public domain.

In the face of such changes, the place left to the user-citizen seems to be more and more that of the simple consumer of goods and services in a logic of standardized consumption or private property. How can citizens find their way in that changing reality and what remains of the space in itself?

ts will take part in a collective show at Sirigaita in Lisbon in November 2019. This exhibition is organized in partnership with Habita, a local grassroots organization based in Lisbon and fighting for the Right to Housing and to the City.
Share:

Send us your best archaeological photos from any world location outside the UK for your chance to win first prize in Current World Archaeology magazine's annual photo competition.

Welcome to our annual Zebra Awards - we are seeking our very own TZIPAC Black and White Photographer of the Year.

The MACK First Book Award is a publishing prize open to artists who have not previously had a book published. The award was established in 2012 to support emerging artists and bodies of work that find a voice through the book form.

We are inviting photographers to submit work to Portrait of Humanity, an international photography award celebrating the unity of human beings around the world.

ITSLIQUID GROUP, a communication platform for contemporary art, architecture and design, is proud to present ITSLIQUID The Body Language

The Aperture Portfolio Prize is an annual international competition to discover, exhibit, and publish new talents in photography

The Southern Alleghenies Museum of Art will be hosting the Donald M. Robinson Photography Biennial 2020. This exhibit will take place from April 17th through June 6th, 2020.

Contemporary Art Room Gallery is proud to announce their 1st 'Landscapes' Online Art Competition for the month of January 2020.