Remains to Be Seen by Travis Fox 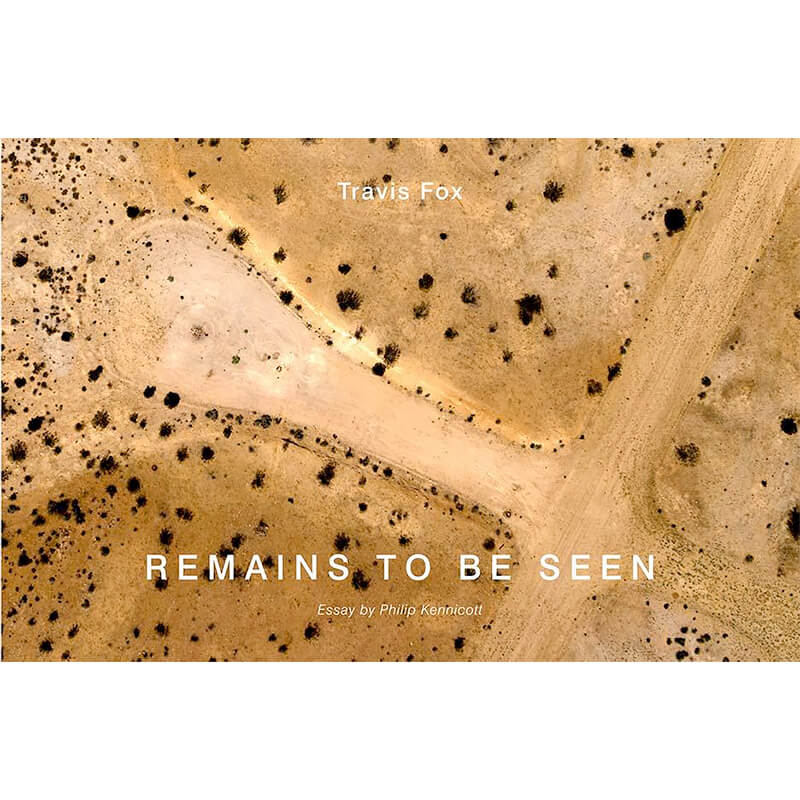 These images by Travis Fox taken with a camera mounted on an aerial drone, reveal the archaeological remains of forces that shaped American life during the last century: the flourishing and fall of the industrial economy, the growth of the suburbs, the post-war population boom and leisure economy, and the creation of ambitious yet disposable infrastructure, all fueled by a broad prosperity that was coexistent with ﻿poverty and racism. - Philip Kennicott, Pulitzer Prize-winning senior art and architecture critic, The Washington Post

Remains To Be Seen (Daylight) by Travis Fox, an aerial photographer and Emmy award-winning filmmaker, explores a disappearing but still tangible American landscape. From the Rust Belt towns of the Midwest, to the Borscht Belt resorts of the Catskill Mountains, to the lakebeds of Southern California, Fox uses aerial photography with documentary candor and precision to create a visually sumptuous record of former industrial sites and abandoned neighborhoods that persist as incisions on the landscape, scars in the memory, and traces of healing. His work, which is both beautiful and disorienting, piques the viewer's interest and invites closer inspection.

Fox finds patterns that would be undetectable from the ground, uncovering a new visual record of old and debilitating problems that remain with us, from institutionalized racism to environmental destruction. Remains To Be Seen offers a vision of an America that has become so familiar that it is, paradoxically, invisible to many of us. Through a view from above, detached but vulnerable, Fox's camera counters that disappearance and connects old landscapes to contemporary conscience.

Phillip Kennicott contributes an essay to the book which includes a brief history of aerial photography from the mid-1800s to its coming of age during WWI, through the discovery of aerial photography's artistic potential in the 1930s and 40s, through the last decade of the 20th century when it became "deeply entwined with growing alarm about the environment and man's destruction of the finite habitat known as earth."

In the back of the book, Fox provides deep photo captions that tell the stories behind the images. 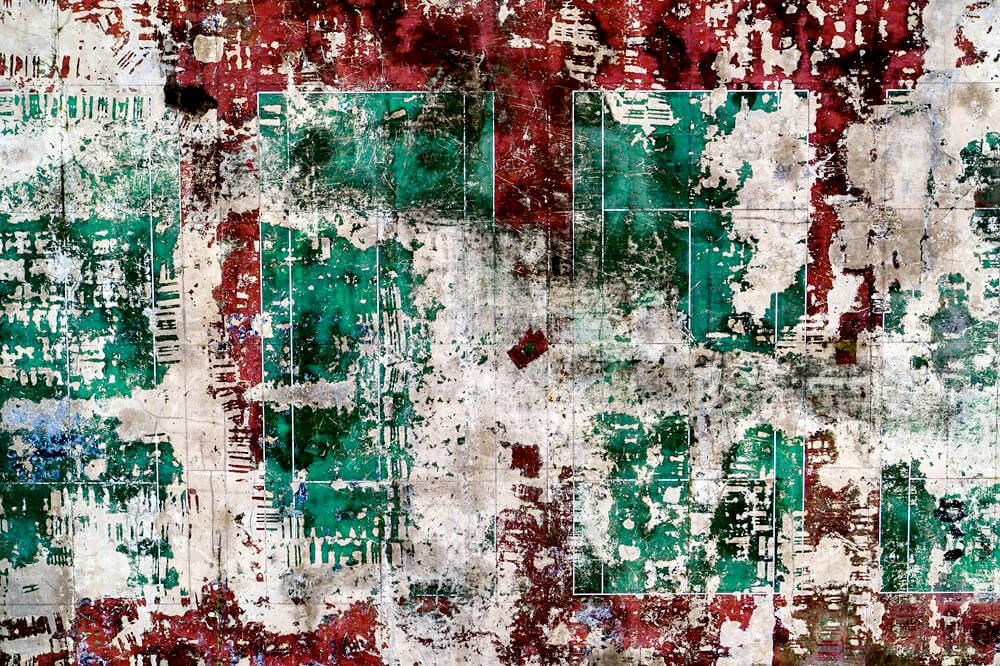 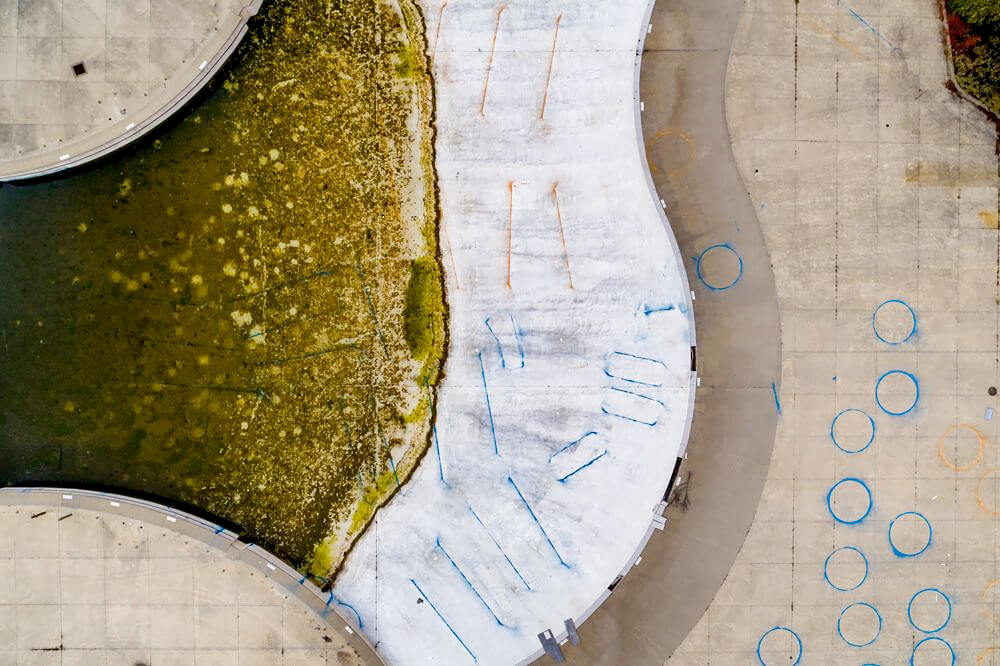 Earth Day 2021
This year's theme for Earth Day (April 22) is Restore Our Earth. In his review of Remains to be Seen for PhotoBook Journal Wayne Swanson writes about what Fox's beautiful and disturbing photographs tell us: The effects of redlining and white flight on cities like Baltimore, Maryland, and Chester, Pennsylvania, are evident in the ruins of apartment blocks and shopping centers. The unnatural coloring of the landscapes in Pennsylvania's coal country and California's Owens Valley and Salton Sea reveal the ravages of man-made environmental pollution. Fox's overhead view reveals it all, along with traces of healing as green begins to reclaim some of the damaged land.

If passed, President Biden's historic $2 trillion dollar infrastructure and jobs bill would be a massive step towards mitigating the kind of damage revealed in Remains to be Seen. 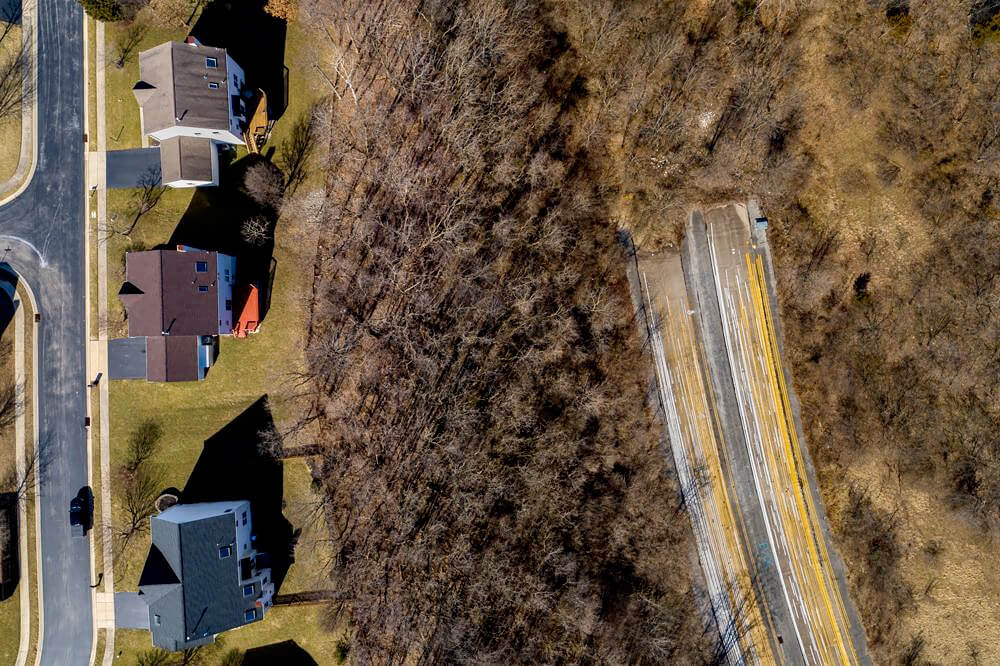 About the Photographer:
Travis Fox is an aerial photographer and the Director of Visual Journalism at the Craig Newmark Graduate School of Journalism at the City University of New York (CUNY). In his role at the J-School, he oversees the Photojournalism, Documentary, Broadcast and Web Video programs. He also teaches the only Drone Journalism course on the East Coast. Before drones and academia, Fox was recognized for helping establish a new form of video storytelling on the Internet. His short films for The Washington Post and FRONTLINE were described by Studio 360's Kurt Andersen as "ambitious, subtle, tough, and remarkably beautiful." Legendary television producer Tom Bettag adds: "extraordinary, sensitive and insightful." In 2006, Fox received the first Emmy Award presented to a web video producer. He was also the first and only person to win both the Editor of the Year and Videographer of the Year awards from the White House News Photographers Association. He has won dozens of National Press Photographers Association and Pictures of the Year International awards and has been nominated for a total of eight Emmys. Fox's work from the series "The Scars of Racism," which is featured in Remains to be Seen was shown at Photoville in Brooklyn in the fall of 2019. For more information, go here. 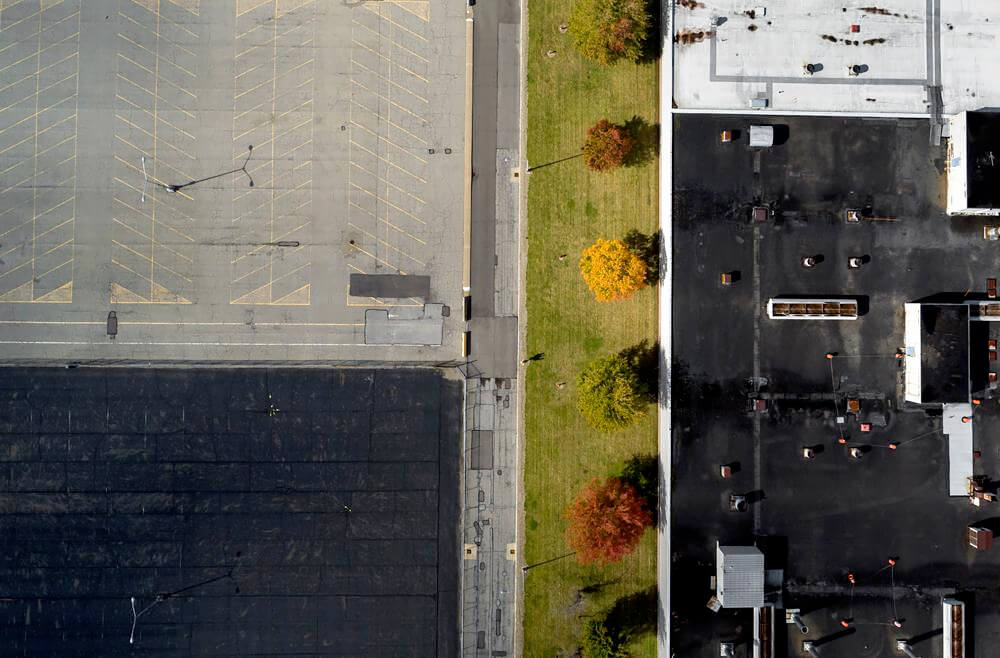 About the Contributor:
Philip Kennicott is the Pulitzer Prize-winning art and architecture critic of The Washington Post. He has been on staff at The Post since 1999, first as classical music critic, then as culture critic. In 2011, he combined art and architecture into a beat that is focused on everything visual in the nation's capital. In 2013, he received the Pulitzer Prize for Criticism. 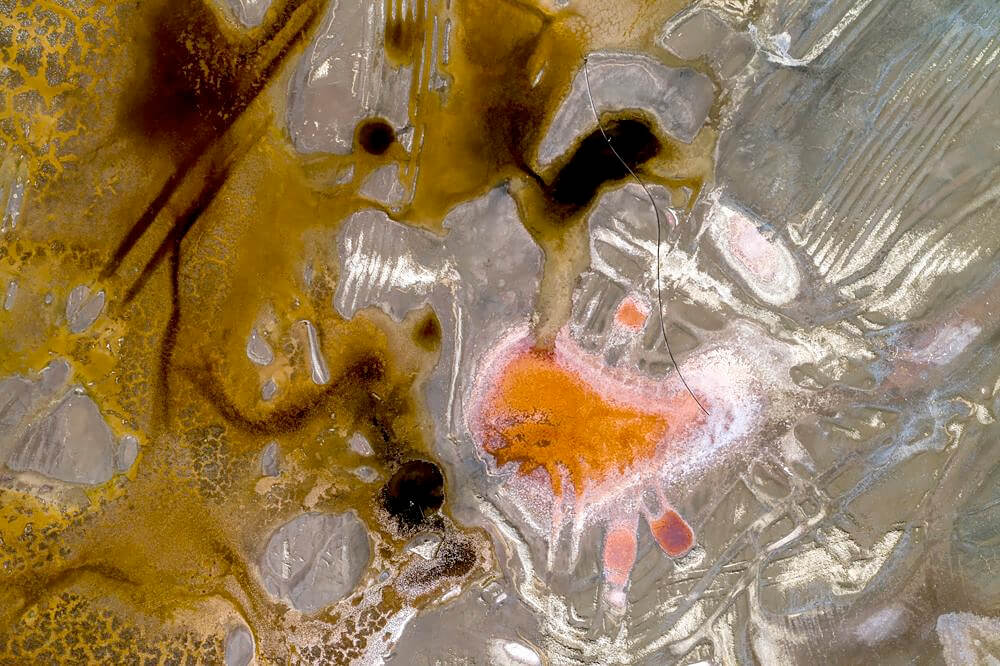 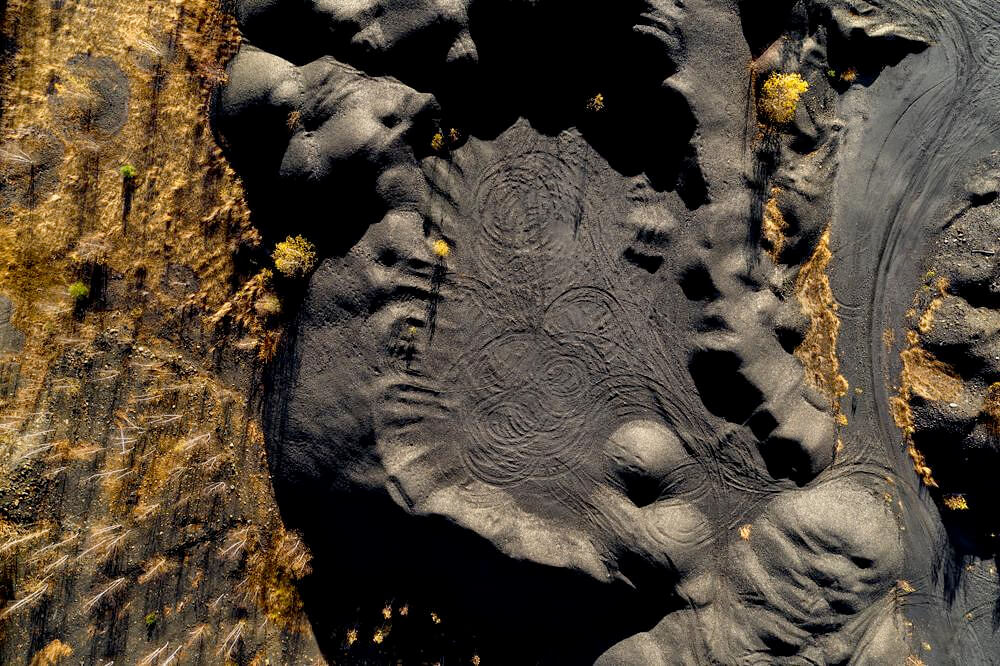