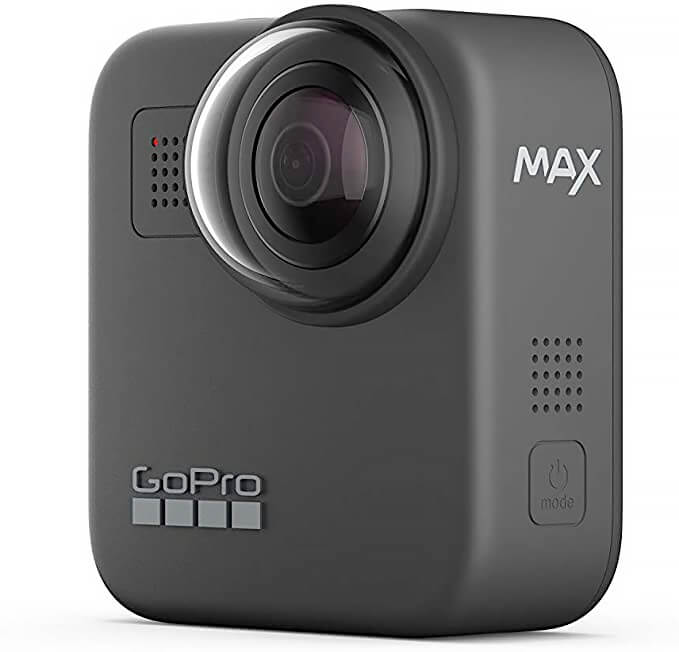 Quick verdict
GoPro MAX is one of the most versatile cameras to date, thanks to its dual-cameras setup and 360-degree footage possibilities It's easy to use and easy to edit footage afterwards. More than overlapping, this is a great complement to the Hero8.

Replacing the GoPro Fusion, GoPro's first-gen 360 camera, the MAX makes recording in every direction something that anyone can benefit from.

A well-known player
GoPro has been in the market since 2002, manufacturing action cameras and developing its own mobile apps and video-editing software. Their cameras have evolved through different generations among the years. One of their first products was a 35mm camera described as a reusable wrist camera and included a roll of 24 exposure Kodak 400 film. Nowadays, the company's flagship is the new Hero8 which has been in the market since October 2019.

Take a look at its exterior and you might just see the MAX as a miniature version of the GoPro Fusion. It has the two cameras, one on either side of the body, stuck in the right corner. The lenses are domed, as you'd expect from a 360 camera, and they ship with lens covers to keep them protected.

Thanks to the improved GoPro app, you can now edit across 360-degree scenes on your smartphone, zooming in and out, and keyframing, so you needn't lug a VR headset around to get the most out of your omnidirectional clips. 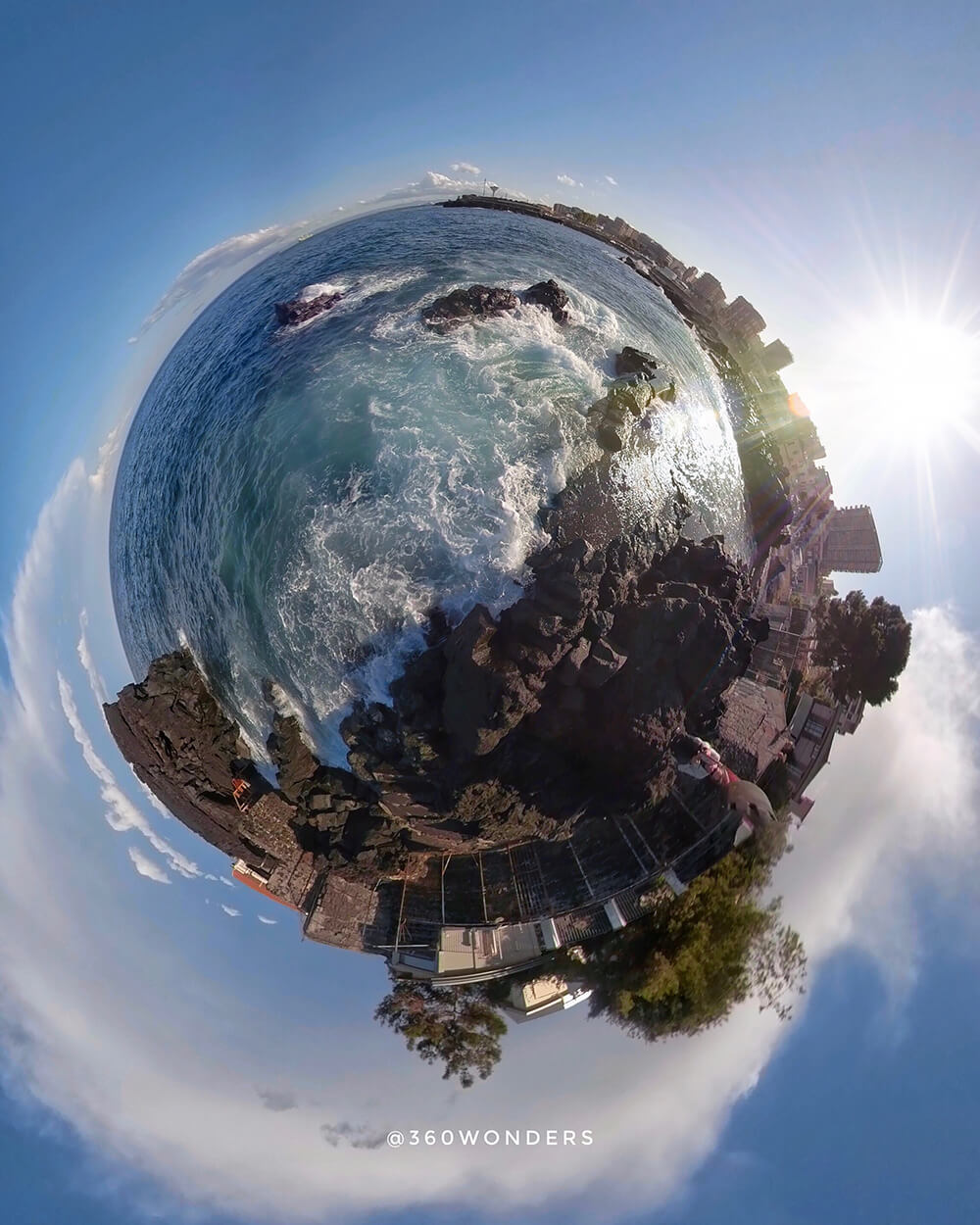 Design
Just like the Hero8 Black and Hero7 Black before it, the MAX has a matte rubberized body. This time, there's a lens on either side, though a screen on just one, and this GoPro features no less than six microphones dotted across its body. The touch-sensitive LCD display is 16:9 and 4.3cm. It's responsive, and gets bright too, perfect for indoor and outdoor use.

At the top of the MAX is a record button that can fire up a customizable recording preset from cold. To the left is a power/mode button that switches on the camera and cycles through shooting modes, and there's a battery flap too, which is where you'll find the microSD card slot and USB-C port.

As introduced across the Hero8 line, ingenious flip-out mounting feet pop out of the base of the MAX, reducing the need for housing.

360 videos
Replacing the GoPro Fusion, the MAX is a 360-degree camera, shooting 5.6K footage in all directions. The GoPro MAX is squatter, making it shorter, so is more ergonomic to use as an action camera, however, it's thicker too. This likely has something to do with the first difference in footage quality - the stitch-line.

The 5.6K footage captured gives scope for comfortable 720p-grade capture with a fair bit of cropping in. Colors are richer than those captured by other competitors, and while there's no HDR mode on the MAX, I think is nothing to worry about.

Using the app
It's safe to say using the Fusion was a learning curve. Initially, you had to install a desktop plugin and app for advanced editing programs like Premiere Pro. It eventually was made easier with an app, but with the MAX it's been made easy right from the outset.

Once you shoot some 360 videos, you simply launch the app and view the media. Press play and then move your phone to point within the frame you want to view. It takes very little effort.

Editing the footage, adding transitions, changing the view and angle is all done in a similarly easy way. And being mobile-focused, it's so much simpler than using a desktop editing suite. And that makes it far less time-consuming. 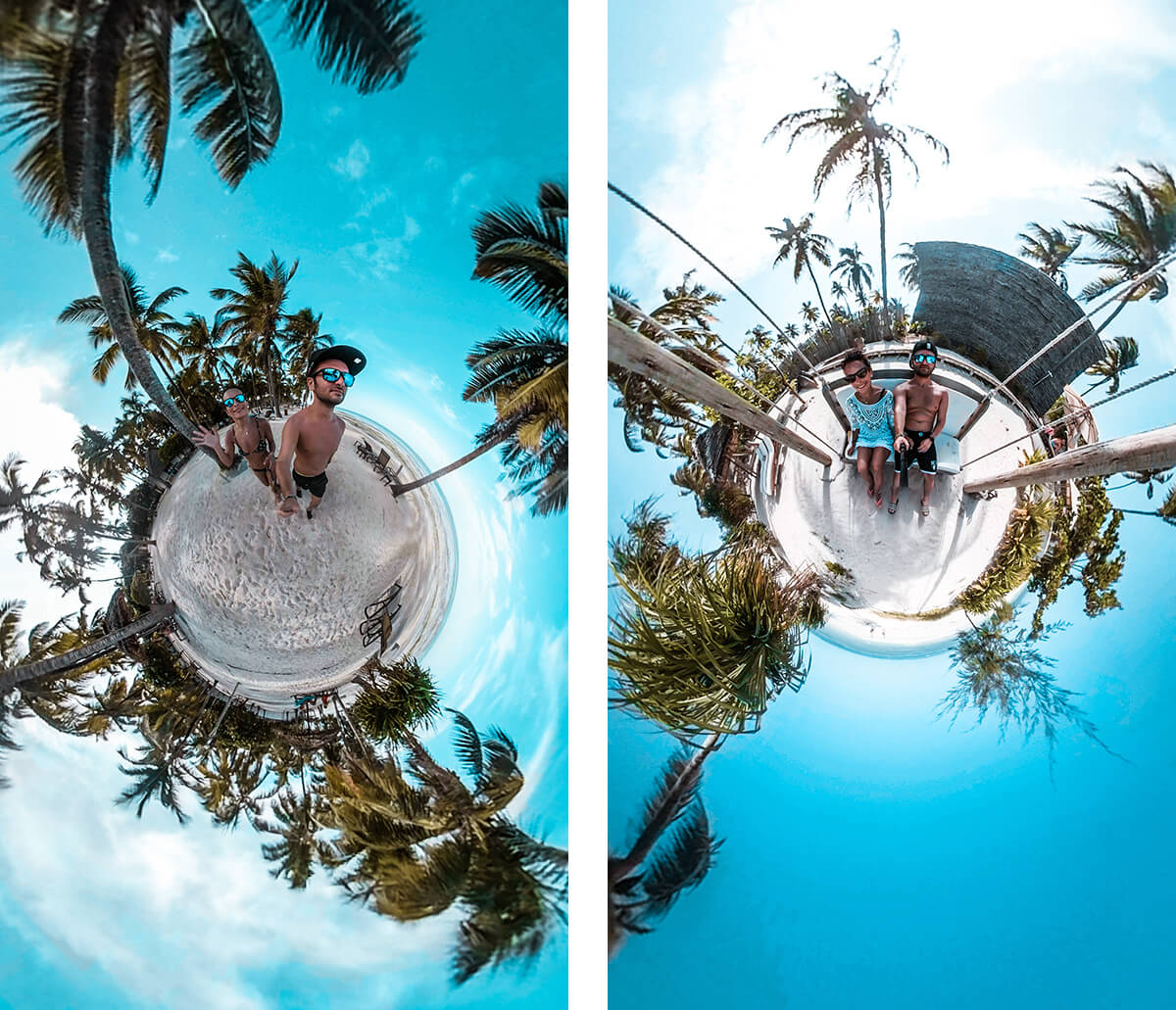 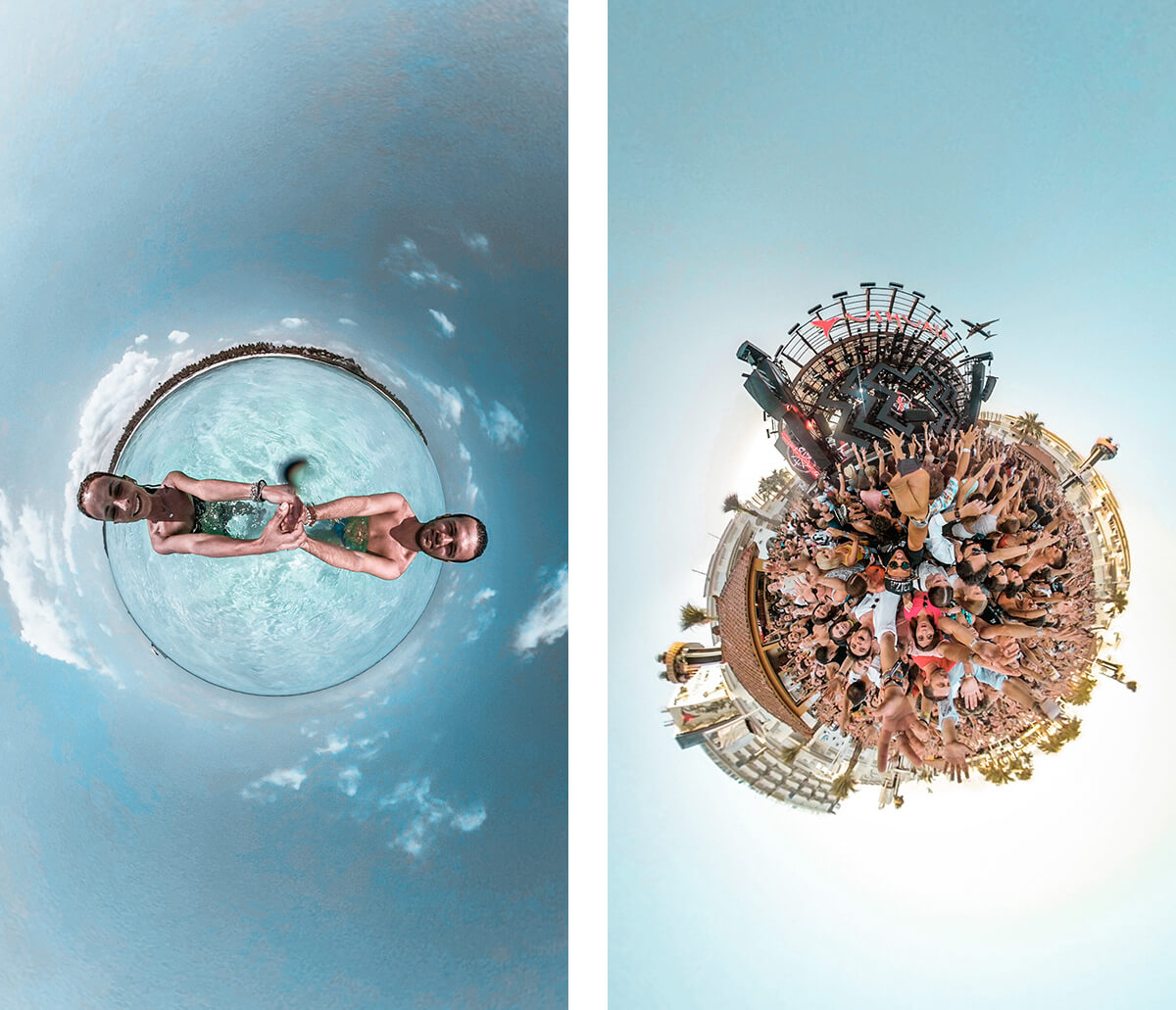 Editing on the way
Once you have your footage downloaded to the phone, all you have to do is choose to edit it by adding keyframes. Play the video, move it around using your finger on the screen, pinch-to-zoom in or out to change the view, and add a keyframe by tapping the little icon at the bottom of the screen.

Once that's done, it'll automatically pan and zoom between the starting point and your keyframe. Then all you have to do is keep adding keyframes with the angle and view you want, then save and render on the phone. It's so easy it's almost ridiculous.

In action
When using it as a traditional action camera, the GoPro MAX can't quite stack up to a standalone Hero8 Black, with its resolution capping out at 1080p 16:9, or 1440p 4:3.

On the plus, it does offer a lot of versatility, shooting across four digital focal lengths: 13mm, 16mm, 19mm, and 27mm. It also has smart horizon leveling. When fired up, content is always facing the right way. We literally threw the camera in the air, spinning it in the process and the picture didn't even tilt. This is great for vlogging, helping footage captured look incredibly gimble-esque.

Durability
The GoPro MAX is bigger than the Hero8 Black, so doesn't support the same GoPro mods. That said, the MAX already has a selfie screen, and with those six mics, its standalone audio is decent, so there's less need for external solutions.

Another point to note; the MAX's lenses aren't quite as scratch-resistant as those of the Hero8 Black, who's glass GoPro has called its toughest to date. In addition, unlike the Hero7, the lenses aren't protected by removable glass either - so try not to scuff this camera up too much if you pick one up. On the plus side, in the box, you'll find some rubber lens guards for when the camera isn't in use.

All this isn't to say the GoPro MAX isn't durable in its own right; it's waterproof up to 5m, and if you know you're going to be throwing some rough and tumble its way, you can wedge some half-orb lens-guards onto either side, though these do impact the quality of video captured.

Stabilization
The great thing about 360-degree capture is that stabilization looks sensationally steady, and the GoPro MAX's footage is a testament to that fact. When light is abundant, it looks like the camera is floating on a gimbal or drone.

As with all 360-degree cameras, the detail is stronger in the center of each lens, and weakest towards the stitch-line. In turn, while you can be relaxed with your framing, you'll want to be mindful of that fact.

Energy
As for the battery life, the GoPro MAX's 1600mAh capacity has you covered for a day of 360-degree shooting, vlogging, and smartphone pairing provided you're shooting short clips - a few 1-2 minutes every hour or so. For any more sustained use, pack a spare or a USB-C power bank.

Final thoughts
The GoPro MAX is one of the most versatile cameras the company has launched to date thanks to its dual-camera setup. It's easy to use and easy to edit footage afterward. 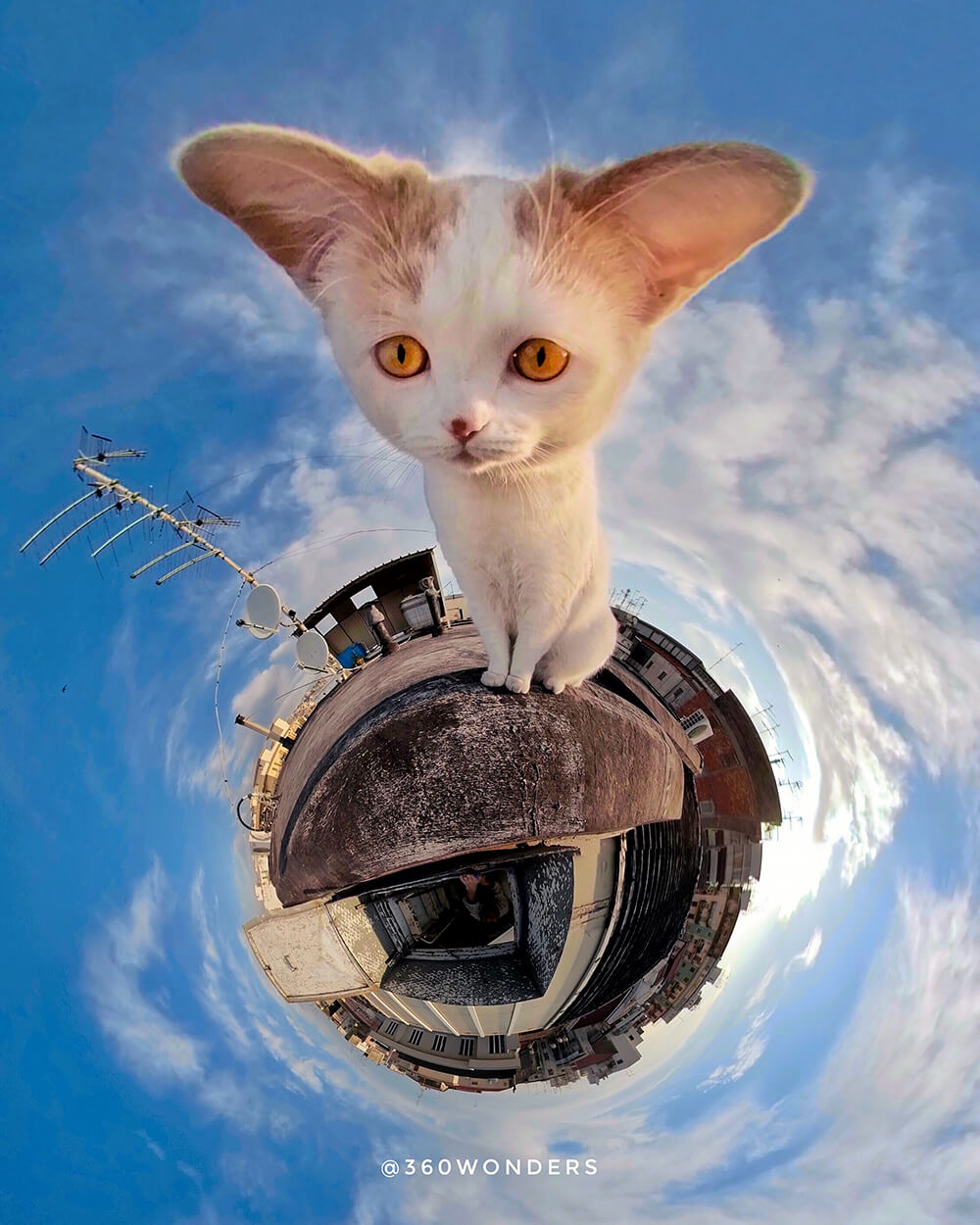 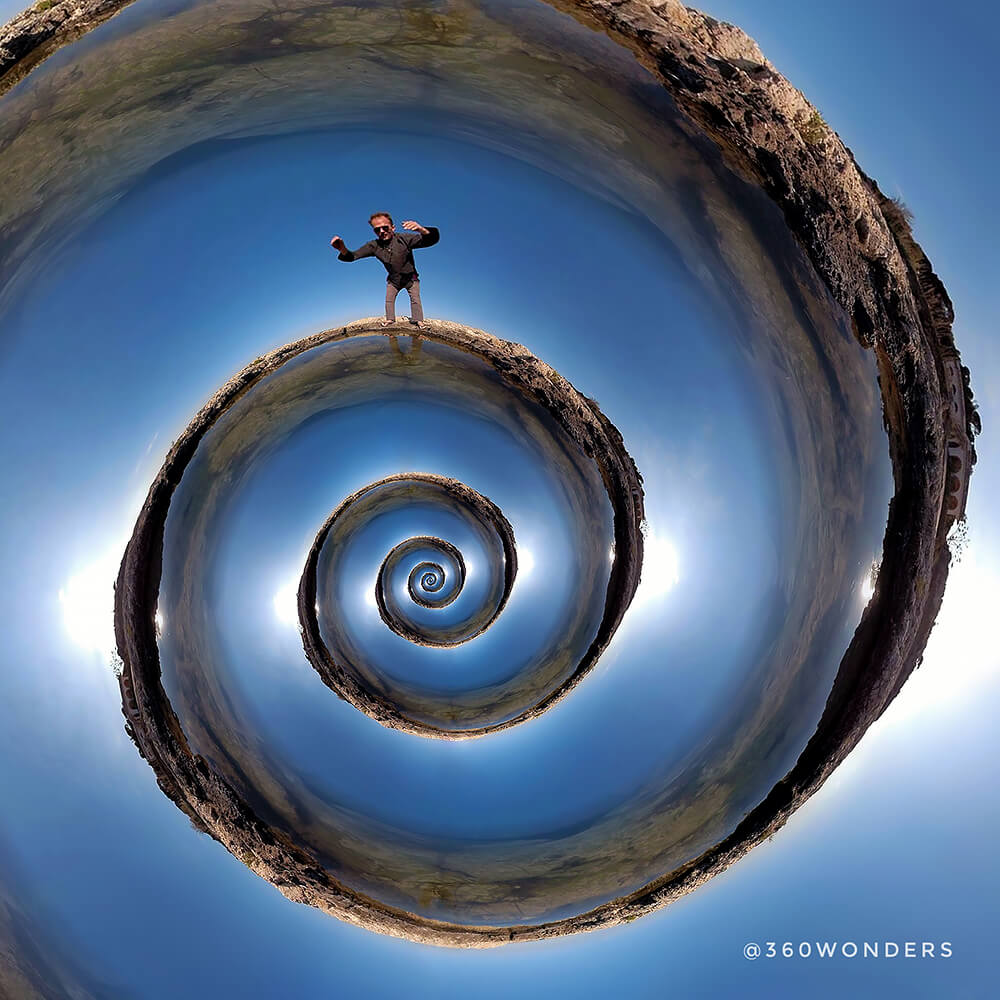 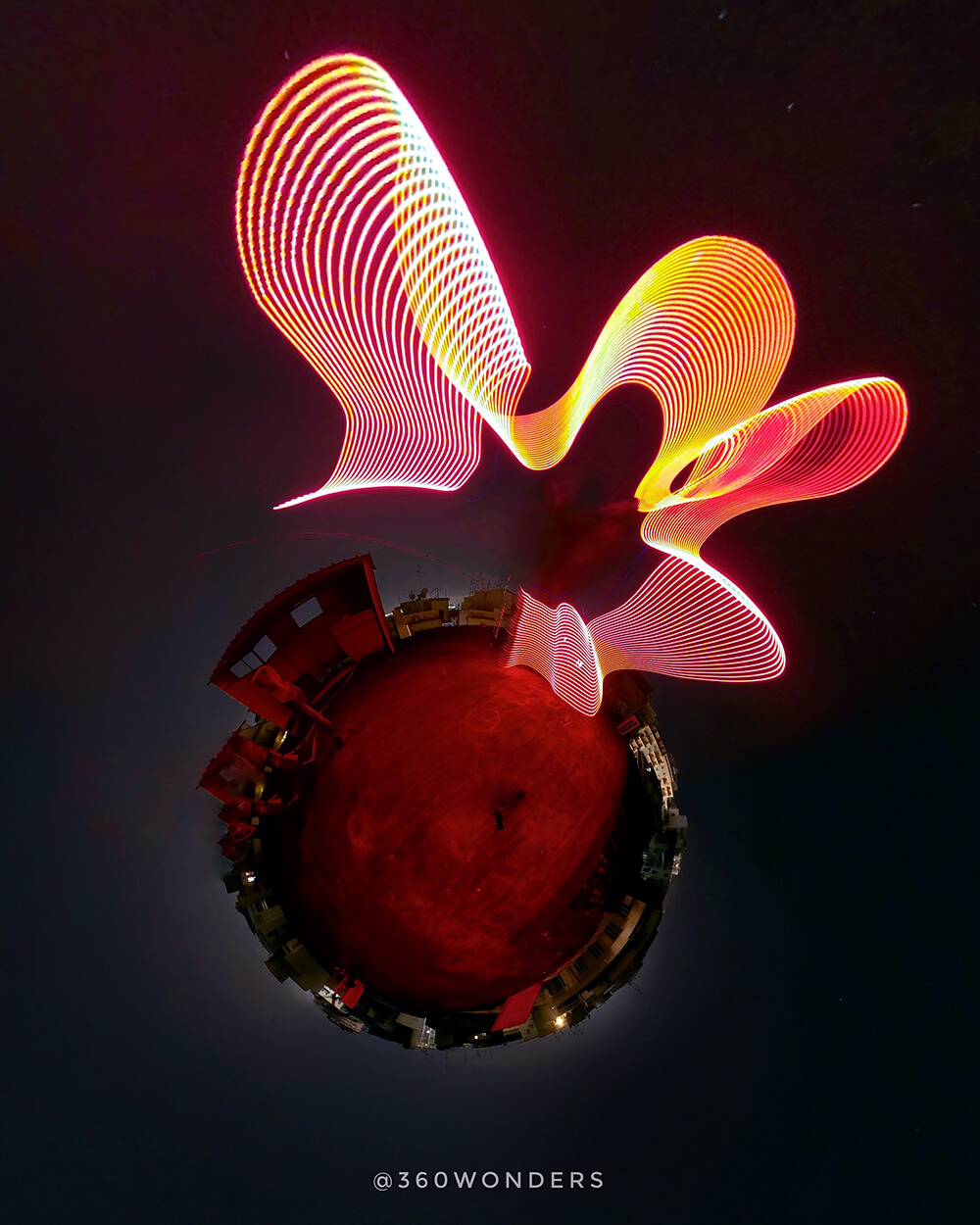